It’s the morning of Feb. 5, and Rachel Morrison is sitting on her bed at the Beverly Hilton, getting ready to attend the Oscar Nominees Luncheon. She asks me for a second opinion on her nail color; we agree on clear. “I’m still wrapping my head around it,” she admits of her historic nomination for Mudbound, which made her the first woman to receive a cinematography nod (for which she got one of the biggest rounds of applause at the Beverly Hilton luncheon). “It’s exciting, and if it means more women start shooting, then that’s the best thing that could possibly come from this.”

As if being nominated for an Oscar weren’t enough, February provided another highlight for Morrison: She reteamed with Ryan Coogler (she DPed on his 2013 film, Fruitvale Station) to shoot Marvel’s $200 million superhero movie Black Panther, which opened to north of $235 million for a Presidents Day weekend record. “It was exciting to do something so completely outside my wheelhouse,” she says.

Morrison’s accomplishments are that much more significant because female representation among DPs is the worst of any department, with a 2017 study finding that women made up only 4 percent of cinematographers on the top 250 grossing films. Morrison, 39, says there’s definitely a bond among the women who work in her field. “Until recently, there’ve only been a few of us. We’ve had to hold tight to each others’ hands,” she says, citing “a few of the women who should have had this honor 10, 20 years ago,” including Ellen Kuras (Eternal Sunshine of the Spotless Mind), Mandy Walker (Hidden Figures) and Nancy Schreiber (Chain of Desire).

Morrison, who has a wife and 3-year-old son, has a strong friendship with another female cinematographer who also is making history: director and DP Reed Morano, the first woman to win an Emmy and DGA Award for directing a dramatic series (The Handmaid’s Tale). They’ve been friends since their undergrad years at NYU, where Morrison was studying photography and Morano film. “All along the way, if she couldn’t do a job, she’d recommend me, and if I couldn’t do a job, I’d recommend her. We were singing each other’s praises the entire journey.” 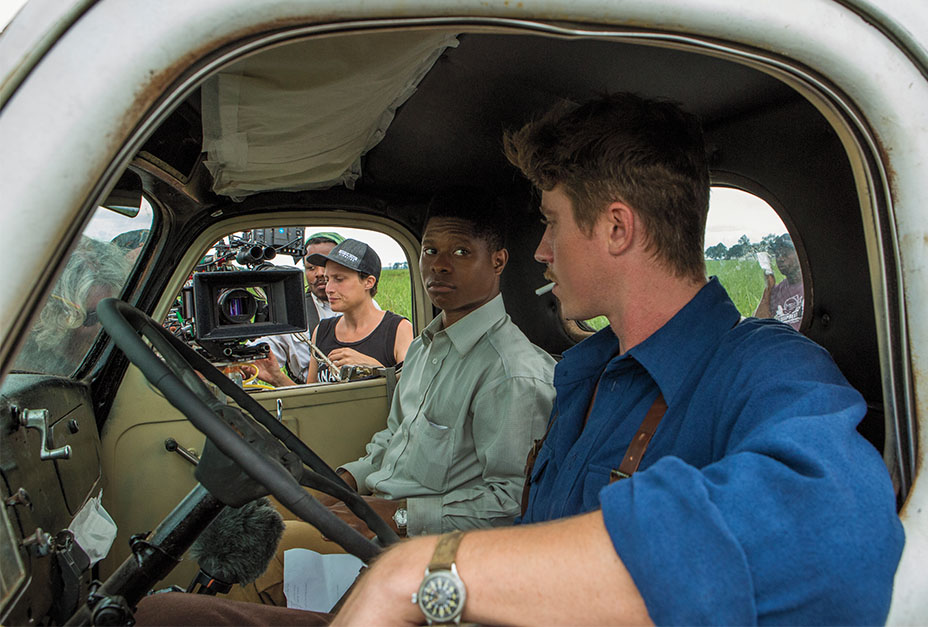 Since the nominations were announced, Morrison says, “It’s been really nice to suddenly feel like a peer to so many of my heroes.” Owen Roizman, the cinematography icon who received an honorary Oscar at November’s Governors Awards, sent her an email. She’s also gotten to know fellow nominees Roger Deakins of Blade Runner 2049 and Hoyte Van Hoytema of Dunkirk through the awards circuit.

For Dee Rees’ Mudbound, which follows a white family and a black family working on a farm in the Mississippi Delta during World War II, Morrison found inspiration from African-American artist Whitfield Lovell and the Depression-era Farm Security Administration photographers. “Rachel brought a palpable sense of place and scale to Mudbound,” says Rees of her DP. “The landscape becomes a character in her lens, and she’s constantly thinking about contextualization, which I love.”

Morrison’s biggest challenges during the quick 29-day shoot were the changing weather conditions, including flash rainstorms. “We were supposed to shoot in January, but by the time the cast and financing came together, it was July,” she says, noting that her toughest scene might have been the opening, in which two brothers, covered in mud and rain, dig a grave. “When it seemed like there was a storm coming, we’d get the wide shots,” she says, adding that for everything else, they had to shoot on sunny days. “We had to create effectively a tent around the set and bring the rain tower inside and create our own lightning.”

As for what’s next, Morrison admits that she doesn’t have the same interest as her friend Morano in directing — but she also doesn’t rule it out. “I feel like my entire career I’ve been chasing this target, and i just got here and the target ghosted, and that target was dramatic features.” she says. “All I’ve ever wanted to do was DP big dramatic features back when they made $80 [million] to $100 million dramas.”

For now, Morrison is reading a lot of scripts and taking a lot of meetings. “I’m definitely anxious to get back into the shooting saddle, but ultimately what matters to me is that it’s a story I want to go see in the theater, in conjunction with people that I want to go to war with,” she says. “That’s when you make a movie; you really have to love the team that you’re defending.”

'Black Panther': The Wonder Behind Its Final Scene 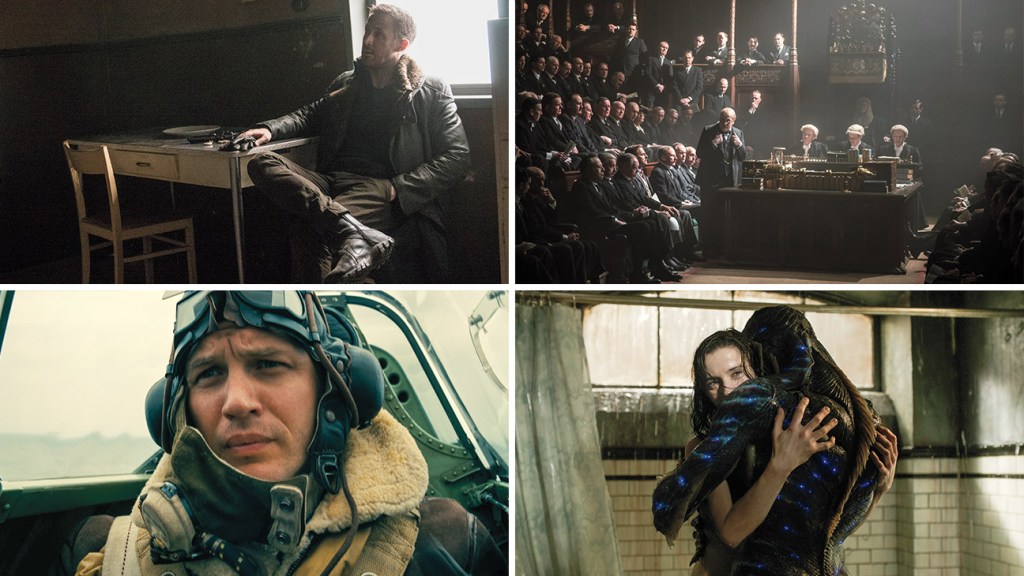 In the moody opening scene, K (Ryan Gosling) lands at a farmhouse where he tracks down and kills a replicant. Fourteen-time Oscar nominee Deakins worked with the art department on the set so that the windows — the light source for the scene — are in specific places that reflected the way the scene was storyboarded. “It’s probably the most low-tech and simple scene, and also one of the most satisfying,” says Deakins, adding that director Denis Villeneuve “had this idea that you don’t introduce Ryan — you see him partially in shadows. It benefits the scene and the introduction of K. He’s a bit mysterious.”

To lens Gary Oldman as Winston Churchill giving his iconic “We Shall Fight on the Beaches” speech in Britain’s House of Commons, Delbonnel decided to put the spotlight on the leading man and his desk. “It was a very sunny day in May 1940. I decided to use the sun from one window as a spotlight on Churchill. The idea was that Churchill couldn’t hide anymore as he delivered this major speech.” He adds of the prime minister: “Churchill was always hiding in some ways. I thought we’d have one light touching him, as if he couldn’t avoid being in the light. Everyone listening was in the shadows in some way.”

One of Van Hoytema’s favorite scenes occurs in the air during the evacuation. “There’s a dogfight, but [then] it’s almost silent — dreamy and poetic.” The goal of the photography, lensed with Imax and 70mm cameras, was to create the sense of being in the cockpit “to be as close as possible with a point of view that you very rarely see in film,” he says. “We engineered lenses so we could put them in the cockpit. We mocked up a real airplane and mounted cameras on the wings, and worked with our aeronautic engineers to rebalance the airplanes. It’s film meets physics meets engineering meets piloting and coordination.”

The Shape of Water
Dan Laustsen

With the fish-man (Doug Jones) safely — for the time being — hiding in Elisa’s (Sally Hawkins) bathroom, Elisa starts to turn in for the night and then returns to the bathroom to see him. “It’s a very romantic scene and it’s a very strong scene because it’s the first time we see their feelings for each other,” says Laustsen. “Her world is steel blue green … when they start to have feelings for each other, we are changing her color palette to a much more golden look to make it more romantic and warm. In her room, the light is changing as well; we have a little bit more direct sunlight compared to what we had earlier.”

'Black Panther': The Wonder Behind Its Final Scene