[Warning: This story contains spoilers for Universal’s The Mummy.]

With The Mummy, Tom Cruise takes on his biggest onscreen transformation yet.

The final moments of the Universal film tease a very different type of character for Cruise to sink his teeth into going forward, should he return in titles in the Dark Universe, the shared universe the studio is launching with this movie.

Cruise’s Nick Morton sacrifices himself in order to defeat the Mummy (Sofia Boutella) and resurrect Jenny (Anabelle Wallis). Morton is no longer a man, but has truly become a monster, with his face wrapped in bandages, apparently too horrifying for us to see. Cruise’s deformed face in 2001’s Vanilla Sky or his gray look in 2004’s Collateral caused quite the stir among fans, so it’s safe to say that his monstrous turn, when it’s revealed, could do the same.

Bert Fields, Litigator to the Stars, Dies at 93

In a conversation with Heat Vision, director Alex Kurtzman reveals what those final moments mean for the future of the franchise and describes shooting one of the film’s most memorable set pieces.

The underwater scene looked particularly challenging to accomplish. What was involved?

Several things: Our approach in general was to shoot as much practically as we could, and use CG to augment that reality. We wanted everything to feel real. I did not want to create CG zombies. … The sheer claustrophobia of it, the long, long takes where you are just watching them swimming toward him, I thought would be incredibly uncomfortable. Inside a water tank, we built the set. A fair amount of the environment of the set is CG. There were limitations for what we could actually build there, and there certain things that were practically possible. There was a lot in environment around them that you couldn’t tell was CG, and that’s because where your eye goes is to the real people in the frame.

We worked with an amazing group of dancers for about six months to develop the look and feel of the zombies. As a methodology, the idea was, we’re always going to put people in the frame, because the human eye cannot be tricked by CG when it comes to that kind of movement, but it can be tricked if the bulk of what you are seeing is real. You get real actors, and what we did was skinny them down in CG and remove their hands and heads, and replace those with skeleton hands and heads. What you are seeing is predominately all practical. … Your brain hopefully succumbs to the illusion.

The movie ends with the face of one of filmdom’s most handsome leading men covered. How did you come to that decision, and how much do you know about what his character’s face looks like under there?

It was definitely a conscious choice, and it was a choice that evolved out of a lot of design work. You always want to throw a lot into the design work. We did designs where you turned Tom into an absolute monster and you can’t recognize his face. We did a version where we went halfway and you saw and there were just little details. At the end of the day, I subscribe to the “hide the shark” theory. If you give the audience just enough that their imagination can run wild, it tends to be far more effective than just letting them see everything in the harsh light of day. That led to the idea that what we didn’t see will be far scarier than what we did see. We actually used a fair amount of the design from Tom looking like a full monster in the one moment when he screams over Jenny. Because it’s so fast, you can’t quite process exactly what it is. You can tell something is very wrong, but you can’t quite tell what it is. The choice to play their scene with Tom essentially in silhouette was very much designed from the idea that what you don’t see is going to be scarier, and there’s a subjectivity to the storytelling in that moment, because she’s trying to see him as we’re trying to see him. I’m kind of tying her experience to the audience’s experience and hopefully it makes you lean in a little more to wondering what it looks like.

How will you deal with Nick Morton having powers of life and death? From a storytelling perspective, it’s tough to have a hero who can bring people back from the dead, so do you see him as becoming more of an antihero?

You are always looking for a way to articulate the big idea of the movie in character terms. This is the story of a monster of a human being, who has to be a monster in order to find his humanity. That was a cool organizing principle. Now he is, of course, filled with light and darkness. Those two elements are going to pull at him. Who knows what his monsterness will evolve into over the course of the next film? We have a lot of ideas about that. … They live in a gray area, not just the monsters, but the characters who inhabit their world inhabit a gray area, and I look forward to seeing how Nick’s struggle evolves, because he now understands the best version of himself, and yet, he’s going to have a literal devil inside of him. How are those two things going to work together?

Is it possible Nick show up in these other movies, before a potential Mummy 2?

For more from Kurtzman, read part one of Heat Vision‘s interview with him here. 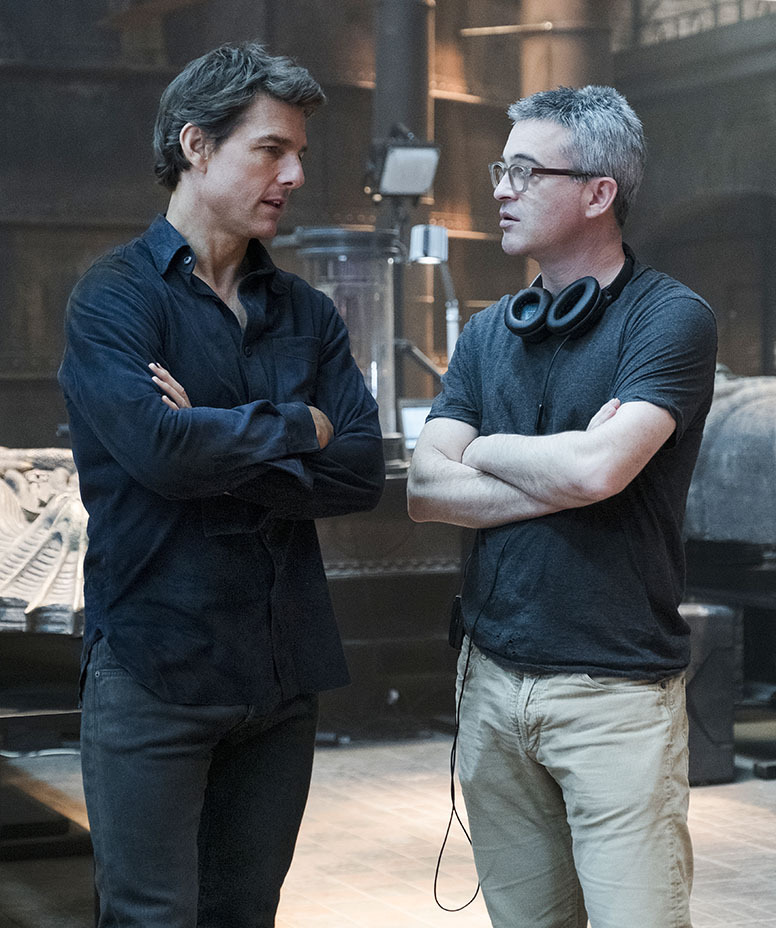