Ed Brubaker has led a double life in comics, straddling the worlds of big-time superhero publishing at DC and Marvel and also that of the creator-owned independent side.

And while he may be best known in mainstream pop culture for co-creating the Winter Soldier, the Captain America character brought to life in the Marvel Cinematic Universe by actor Sebastian Stan, Brubaker has been quietly expanding his own universe, working with artist Sean Phillips on pulpy crime-infused books and spinoffs under the Criminal banner.

Launched in 2007 with Phillips, the Eisner Award-winning Criminal has been published as several stories, miniseries and one-shots in the years since, telling loosely connected tales of crime in the fictional Central City and following several generations of families in different timelines.

While much of Brubaker’s work has been influenced by his very wayward youth, his latest project, an original graphic novella titled My Heroes Have Always Been Junkies that hits stores Wednesday, may be one of his most personal stories.

Junkies focuses on a young woman named Ellie, who enters a luxury rehab facility. But this being a Criminal story, nothing is as it seems, even as Ellie develops strong romantic ties with another patient who has secrets of his own.

Heat Vision cornered Brubaker, who also wrote on season one of HBO’s Westworld and has a samurai-crime show with Nicolas Winding Refn debuting in 2019 titled Too Old to Die Young, to ask him a few questions regarding his latest work, with some Hollywood questions thrown in for good measure.

How did your childhood inform this story?

A lot of Ellie’s memories in the book are based on my own childhood. My mom was an addict and I grew up going to her AA meetings. From the time I was about 8 or so, we went to a meeting at least once a week. There were actually a few kids there, usually. We had to sit quietly and listen to people tell their stories and cry and thank each other for support. And back then, you could smoke anywhere, so the rooms were just full of stale smoke and coffee.

I think of that as one of the formative experiences of my life, certainly of my life as a writer, but also it’s been something I struggled with. I knew about junkies and alcoholics before I knew about most things, and I always found myself romanticizing addiction to some degree, because it felt like this family curse I was going to get. And I guess I really wanted to write about that, somehow, that way you can grow up admiring fractured people. And how we’re all fractured, to some degree.

How long have you had this story in mind?

A few years. It was something that kind of came and went from my notebooks for a while, as I tried to figure out a way to put the pieces together — Ellie’s history and the crime story she’s involved in, which are really like two separate stories that kind of wrap around each other. In some ways it’s more of a character study, so I wanted to make sure the undercurrent of crime in Ellie’s life made it all come together.

How does this story fit into the Criminal “universe,” for lack of a better word?

If you know the Criminal books, then it has a few small links to two of the earlier books, but I always make sure all the Criminal projects can stand on their own, too.

That’s part of what’s great about the Criminal “universe,” as you called it, it’s so elastic that every graphic novel or one-shot magazine or even a monthly comic can feel like something new and exciting, while also being part of the same world of crime stories. For My Heroes Have Always Been Junkies, I wanted to show the next generation of that world, to have a new young lead character, who turns out to be someone we met when she was a child in another story. And I wanted to examine what it would be like for her growing up in that world.

Will there be a follow-up for these young, would-be lovers?

We’ll definitely be seeing more of Ellie in the new Criminal monthly series that launches in January.

Has Hollywood come a-knockin’ for Criminal?

Oh, several times so far, but nothing has come of it yet. There’s currently a lot of interest on the TV/streaming side, because of its inherent anthology-ness, but I’ve learned over the years not to get too excited until cameras are rolling, or … uh, recording, I guess.

What is the latest with Too Old to Die Young, your Amazon show with Refn?

The show will launch in the spring, I believe, on Amazon. Nic and Matt [Newman, editor] are still cutting the second half of the season, but what I’ve seen is amazing. It’s the most Nicolas Winding Refn thing that ever existed, honestly. It’s stylish and shocking, it has some of the best cinematography ever for television (our lead DP was the great Darius Khondji, so of course it does), and at the same time it is a meditation on these characters trapped in this world that’s not too unlike the world all around us, that feels like it’s about to fall apart, or maybe be torn apart.

It’s also the most exhausting thing I’ve ever done, writing that show with Nic. We had a 10-month shoot, which I think might be a record, with one director shooting it all. And Miles Teller went right from our set to working with Tom Cruise on Top Gun 2, and I can’t imagine how that’s even possible. I had to unplug my phone for a month and just sleep when it was over.

Check out some pages from My Heroes have Always Been Junkies below: 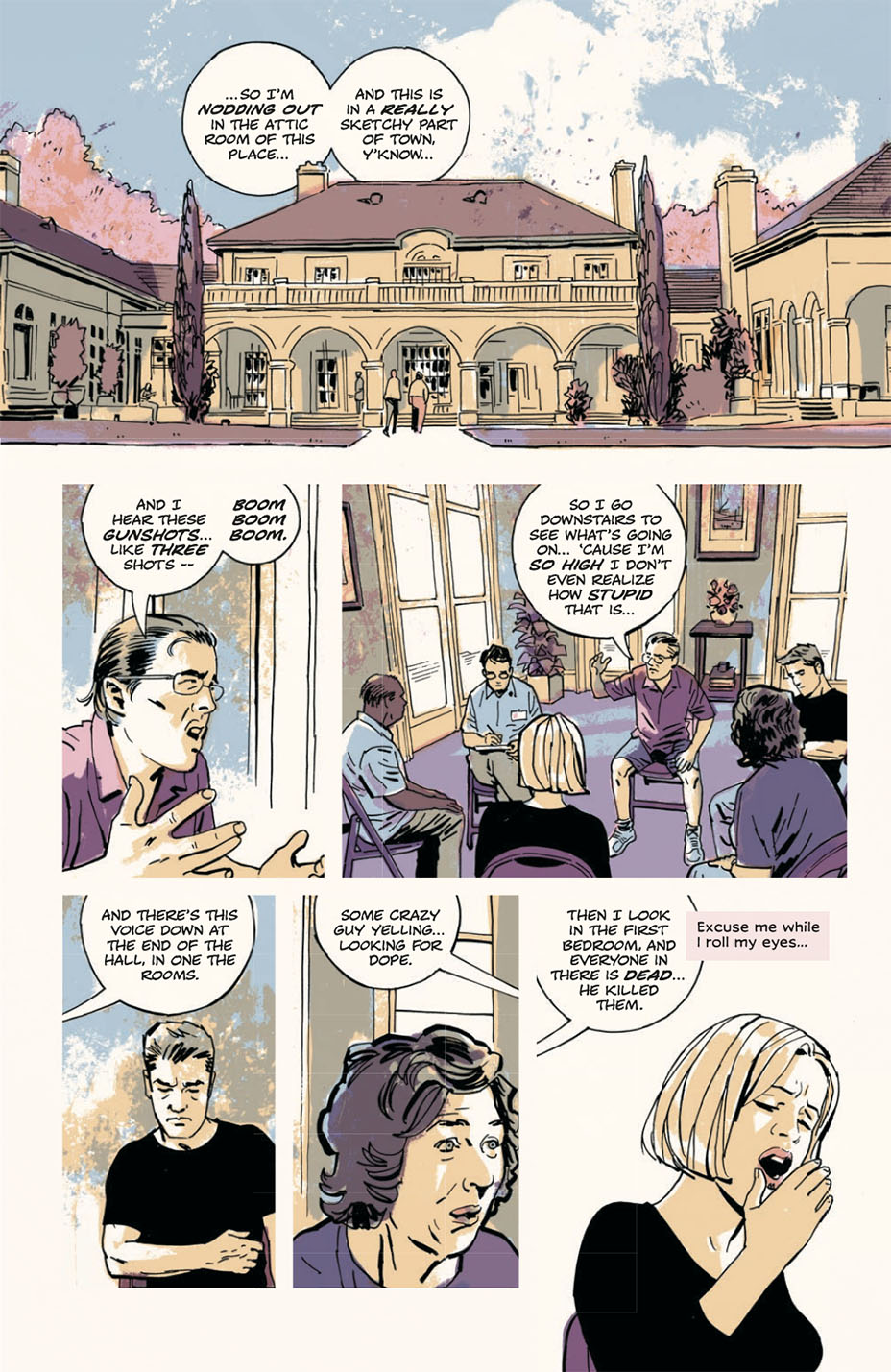 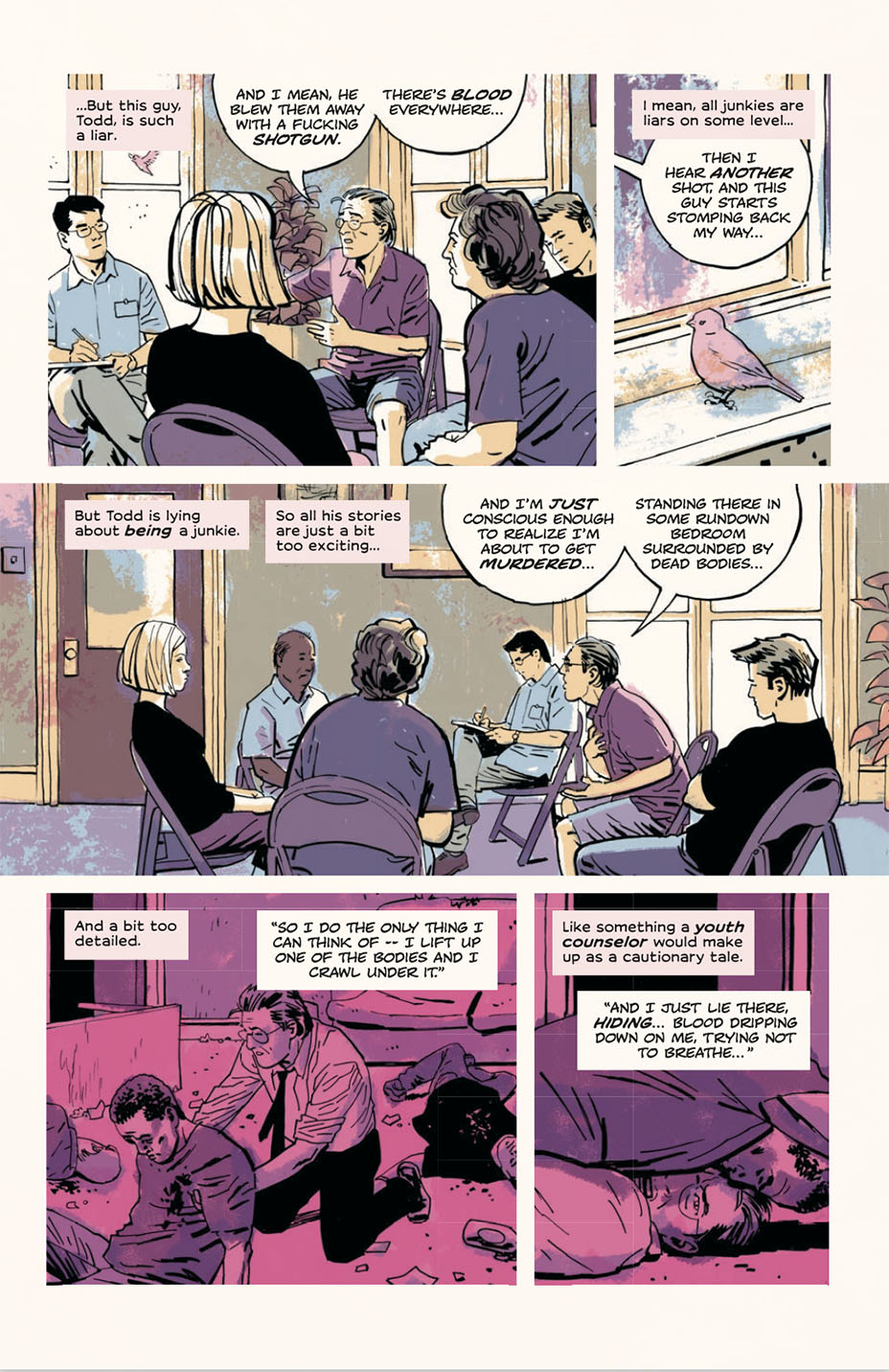 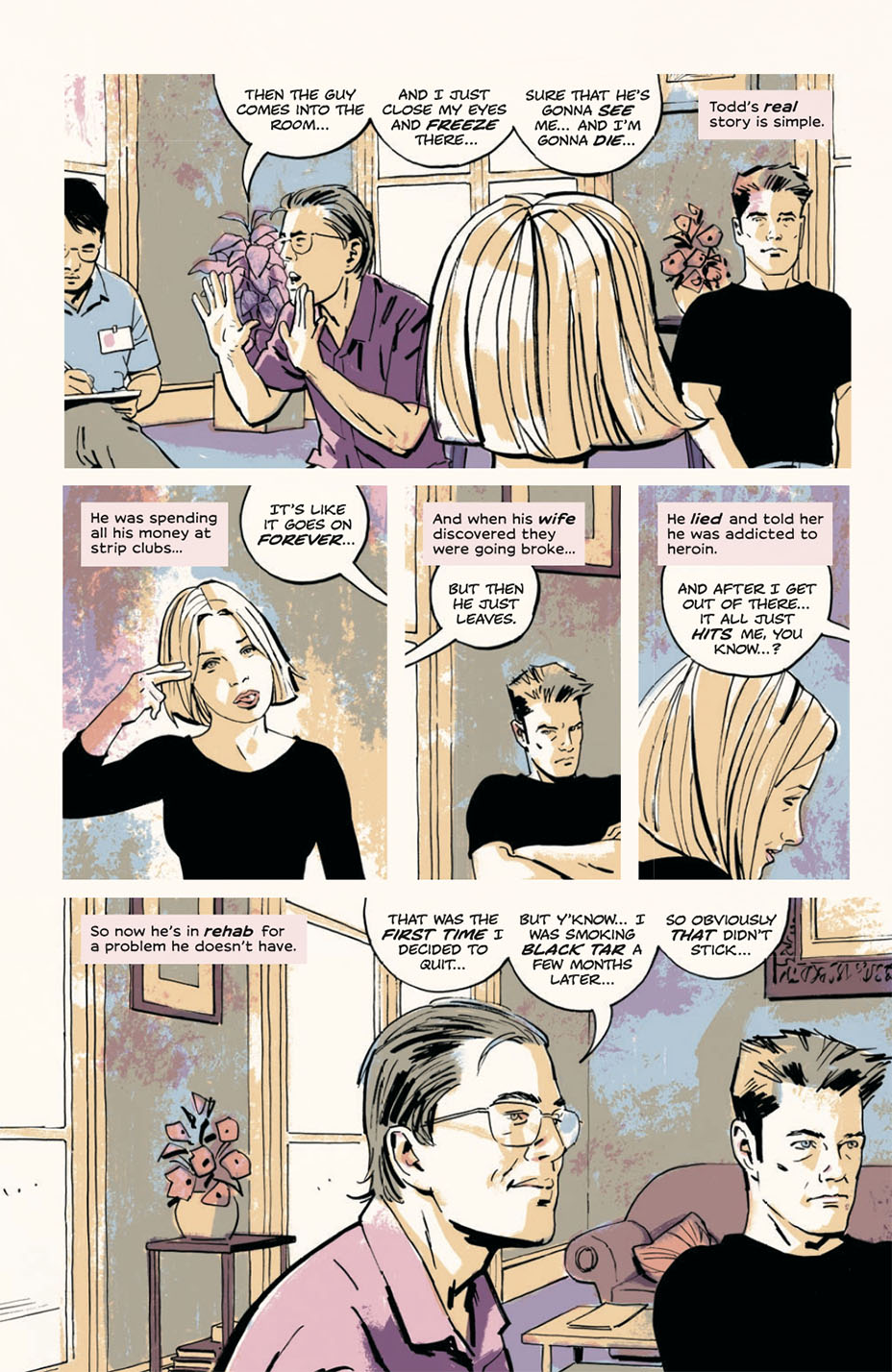 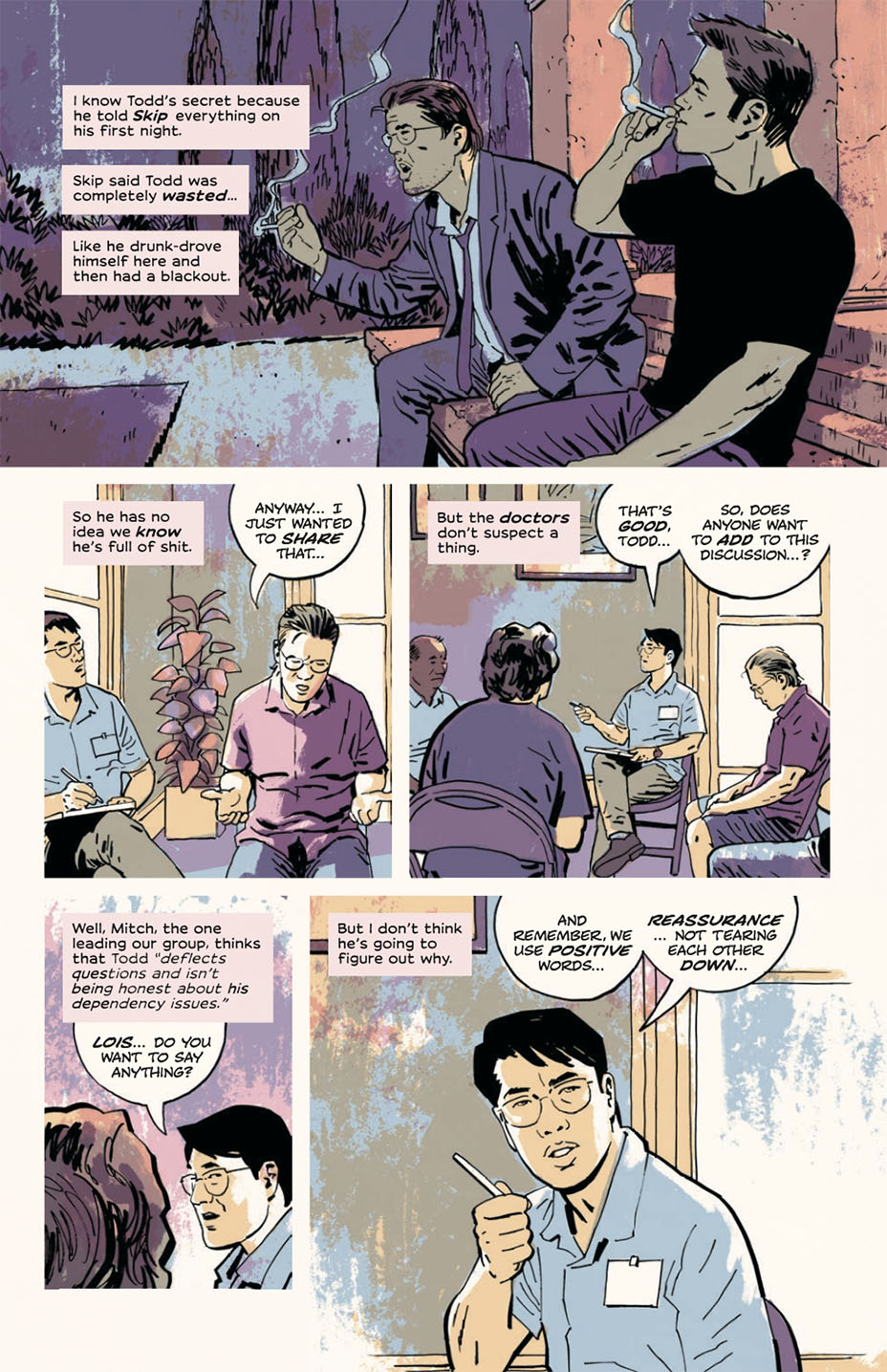