No, it’s not about a vegetable. My Life as a Zucchini (Ma vie de Courgette) actually is a stop-motion animated film about a boy who moves into a foster facility after the sudden death of his mother. This Switzerland-France co-production is hoping to stake a claim in the animated film category at the Golden Globes and at the Oscars, and it also is Switzerland’s official submission for the Academy of Motion Picture Arts and Sciences’ best foreign-language film. With a rare 100 percent score on Rotten Tomatoes, it has started to collect accolades, including both the grand prize and the audience award at the prestigious Annecy International Animation Film Festival.

Based on Gilles Paris’ Autobiography of a Courgette, which noted screenwriter Celine Sciamma (writer-director of Girlhood and Tomboy) adapted, the film is the debut feature from Swiss director Claude Barras, who describes it as an “homage to neglected and mistreated children who do the best they can to survive and live with their wounds. Zucchini, our hero, has been through many difficult times and, after having lost his mother, he believes he is alone in the world.” At a foster care center, though, he finds a new group of friends he can rely on. Explains Barras, movies often portray orphanages as “dark and depressing. I wanted to show an orphanage that protects kids rather than abuses them.”

Zucchini already has opened in France and Switzerland, and Barras says he is moved by the feedback he has received: “Kids have the feeling that they met the characters and lived the story with them. Most touching was kids who said, ‘I’m lucky I have a family.’ ”

Barras started to work on the film — which runs a tight 66 minutes and was made for only $8 million — seven years ago, starting with models created by Gregory Bossart in Geneva, Switzerland. Animation was completed at Studio Pixel near Lyon, France. Fifty-four puppets were made for the production. They stand about 10 inches high and were handcrafted with latex foam for the hair, silicone for the arms, resin for the face and fabric for the clothing. According to the director, Zucchini started with black hair, which later was changed to blue. “In the book from which the movie is adapted, he talked about the sky, so the color is an homage to the book,” says Barras. 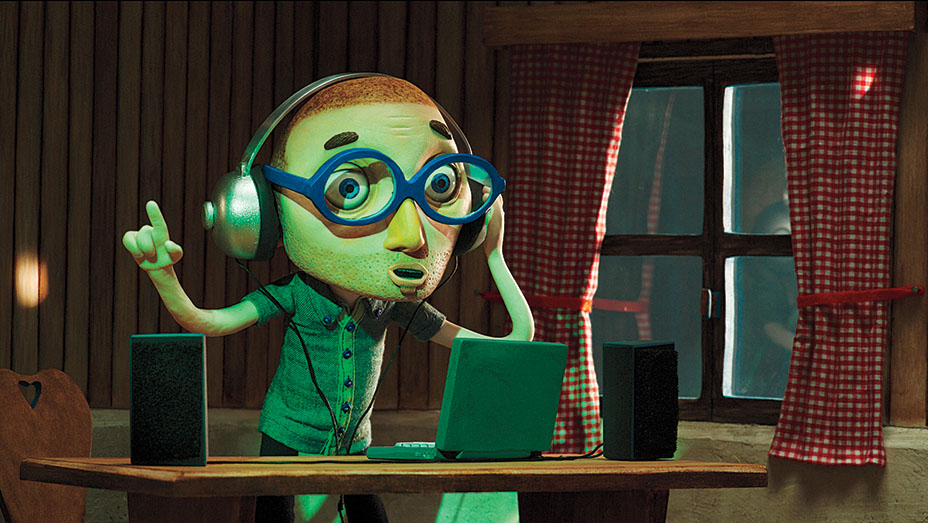 Most of the film was shot on handcrafted sets, though some greenscreen was used to allow computer-generated backgrounds as well.

The film is to receive an Academy-qualifying run, with dates to be determined, followed by a U.S. release in 2017 courtesy of GKIDS, the New York-based indie distributor that has shown a knack for identifying genuinely original, awards-worthy fare. Since 2008, GKIDS has scored eight best animated feature Oscar nominations. This year it also will be fielding Miss Hokusai, from Japanese animation studio Production I.G; April and the Extraordinary World, based on the work of graphic novelist Jacques Tardi and produced by Je Suis Bien Content; and Phantom Boy.

Zucchini could prove to be GKIDS‘ next contender because, says Barras, it’s more than a children’s film. Instead, it offers a vision of kids as “intelligent beings living in the world of adults. Instead of patronizing them, in Zucchini, the same story is told to adults and children on the same level.”