Joonas Suotamo had been a professional Finnish basketball player, an insurance salesman and a substitute teacher before he found his true calling — taking over the role of Chewbacca from Peter Mayhew in 2015’s Star Wars: The Force Awakens.

“The movie people had contacted my old workplace, the Finnish Basketball Association, inquiring about a 7-footer with blue eyes, and somebody thought about me,” he recalls of his casting. “My audition tape was very bare-bones. I stripped down to my shorts to play a caveman who gets hit with an arrow. They wanted to see if I could convey pain. Apparently, it worked.”

Suotamo, 32, and Mayhew take turns playing Chewie in The Force Awakens — “I don’t talk about which parts I did and which parts Peter did because that would be disrespectful,” says Suotamo, who’s since had the part all to himself in Star Wars: The Last Jedi, Solo: A Star Wars Story and the upcoming Star Wars: The Rise of Skywalker. He shares some of his memories of Mayhew, who died May 2 at age 74, with The Hollywood Reporter:

“We had a camp-like session together at [London’s] Pinewood [Studios] for a week or so before we began filming The Force Awakens. We watched footage of the original movies and talked about Chewbacca’s mannerisms, his nature, his attributes, his physical movements. It was the cocking of the head in a certain way, and also the proud chest of Chewbacca and the way the arms flail all over when he gets angry or excited. We talked a lot about all that.

“I think it was a tender situation for Peter because he’d been Chewbacca all his life, and to pass the baton — it’s not easy. But I always told him, he’s the original Chewbacca, and everything I would do was to pay homage to how he set up the character. He took it so well.

“Peter was always a very kind, very likable person who didn’t make a big deal about himself. He was quiet but very wise in his words — he chose his words carefully. And he was honest. The first time when I met with him, he told me I was too skinny to play a Wookiee. We laughed a lot about that. He was a giant man with a big heart.” 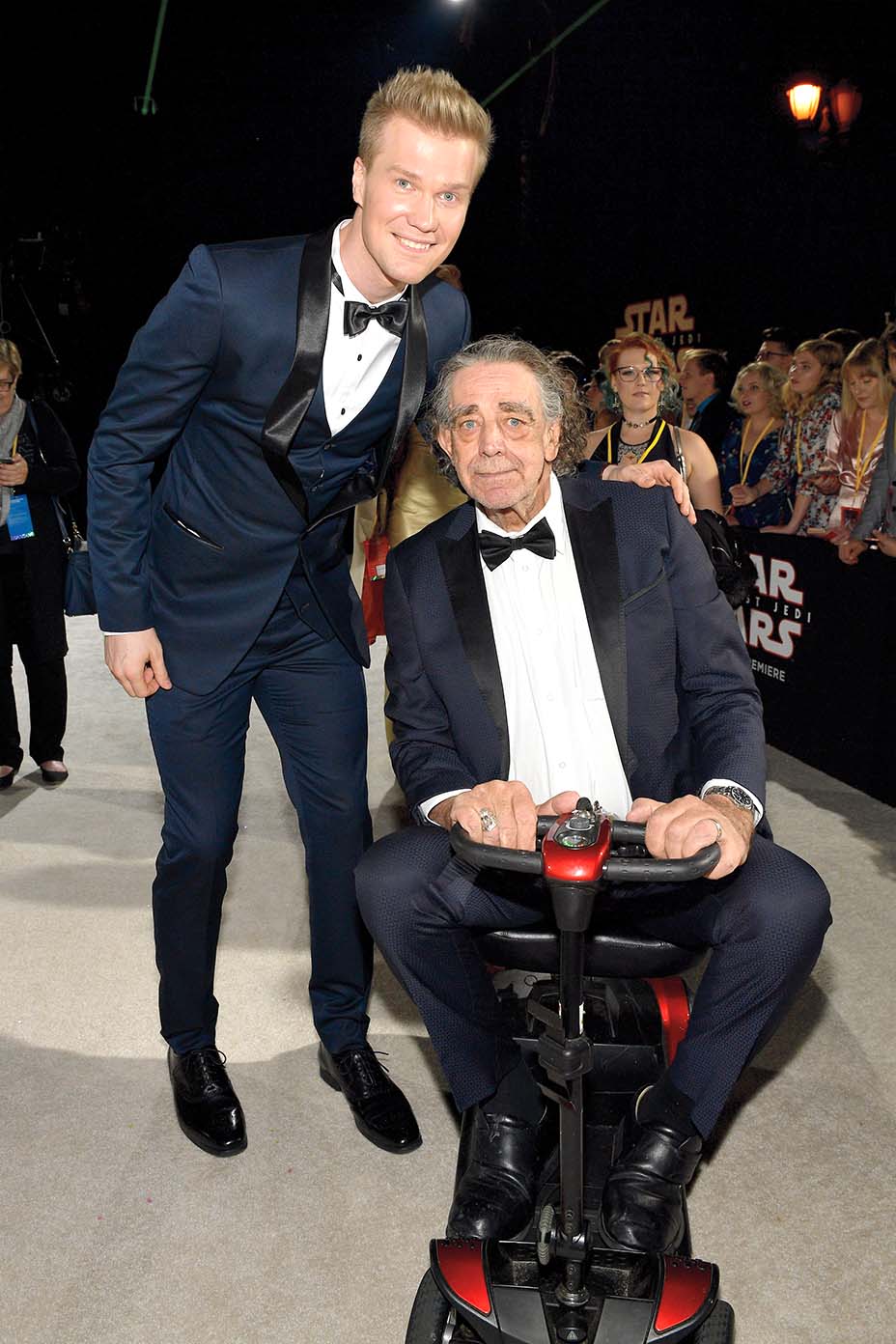