If it’s for a part, Emilia Jones is prepared to get her hands dirty — even if that means getting covered in fish guts. For CODA, the 19-year-old English actress plays the daughter of a deaf fisherman. And so it was with great enthusiasm that she stepped onto a Massachusetts dock at 4 a.m. to learn the ins and outs of the trawling trade. Jones spent 12 hours on a boat, pulling in nets and wading through stinky innards with co-stars Troy Kotsur (who plays her father) and Daniel Durant (who portrays her brother). And she enjoyed it — for the most part. “Any time one of the really tough fishermen would turn around, I’d put a fish back in the sea,” she confides with a laugh.

'Coda' Team Praises On-Set Experience of Groundbreaking Film: "It Was Like Gold"

In CODA — which draws its title from an acronym that stands for Children of Deaf Adults — Jones is the sole hearing member of the Rossis, a blue-collar family from Gloucester, Massachusetts. Her character acts as the family interpreter but is considering a move to college. And so fishing wasn’t the only new skill she took on for the shoot. Jones also studied American Sign Language, working with a tutor while filming episodes of Netflix’s Locke & Key in Toronto, feverishly practicing her finger-spelling between takes. “She’s probably the most well-trained actor that I’ve worked with when it came to [sign language],” says co-star Marlee Matlin.

When the film had its virtual Sundance premiere, Jones wasn’t able to join; she was in a field shooting night scenes for Locke & Key. When she finally got to her phone, it was flooded with messages congratulating her on what was already being touted as the festival’s breakout performance. CODA was then acquired by Apple for a record-breaking $25 million, and a few days later the movie took both the narrative grand jury and audience awards at the festival.

It was all a bit hard to absorb. The daughter of Welsh singing star and BBC presenter Aled Jones, Emilia had been acting since age 8. By 11, she was landing roles on Doctor Who (she played a Queen of Years named Merry Gejelh) while appearing at the West End in an adaptation of Henry James’ The Turn of the Screw. At 16, Hollywood came calling: Jones was tapped to play the only daughter of the Locke family on the supernatural Netflix show, based on the popular comic book series of the same name.

Jones hopes that CODA‘s success will prompt Hollywood to make more stories centering on deaf protagonists and culture. “There are so many stories out there that haven’t been told and that need to be told,” she notes.

As the film readies for an Aug. 13 streaming and limited theatrical release, Jones’ career continues to flourish. She is filming the third season of Locke & Key and — more provocatively — has signed on to star in a movie adaptation of the viral New Yorker short story “Cat Person,” about a brief millennial romance gone sour. She appears in it opposite TV’s favorite cousin, Succession‘s Nicholas Braun. “I always look for a challenge,” she says of material that attracts her. “Or something new that I can learn.” 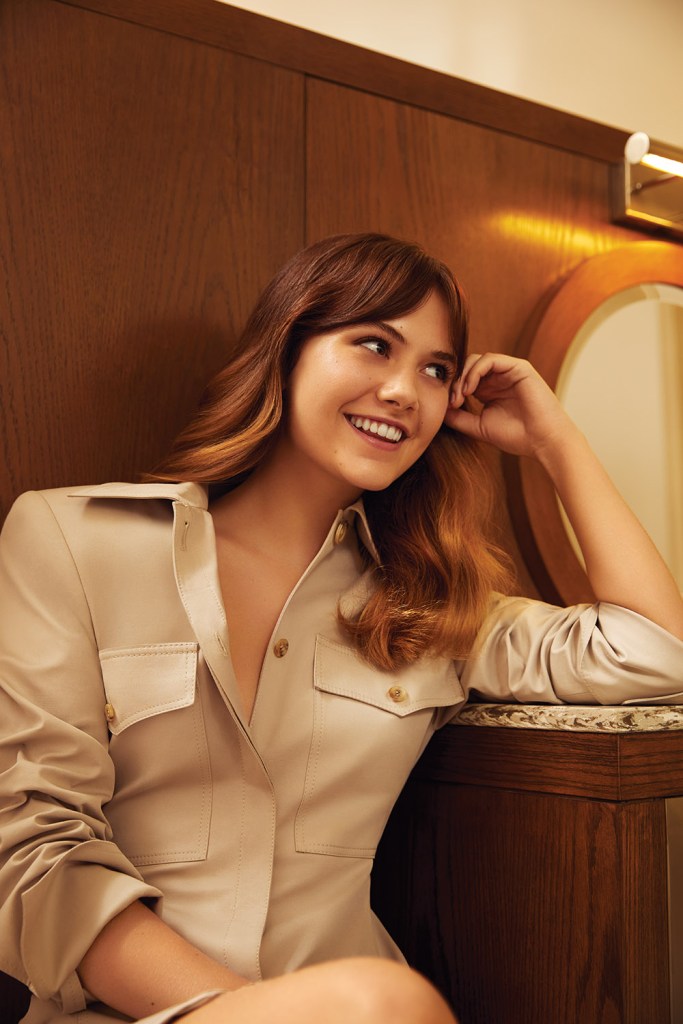 This story first appeared in the Aug. 11 issue of The Hollywood Reporter magazine. Click here to subscribe.