It was a night of dueling magazine parties in Hollywood, as fashion titles Elle and InStyle made their annual trips out West to rub elbows with celebrities and red-carpet image makers. (Later in the week, Vogue steps up to the plate with its CFDA Fashion Fund event, and next month, Glamour magazine brings its annual Women of the Year Awards to L.A. for the first time.)

The Estée Lauder Cos. to Acquire Tom Ford

In the venue department, InStyle had it all over Elle. The spectacular Richard Meier-designed museum rarely if ever hosts events. But the magazine somehow negotiated a deal with the Getty to have its annual awards show there. Cocktails were served among the sculptures with dramatic sunset views all the way to the ocean, and dinner (cooked by superstar chefs Jon Shook and Vinny Dotolo) was held under the West Pavilion. 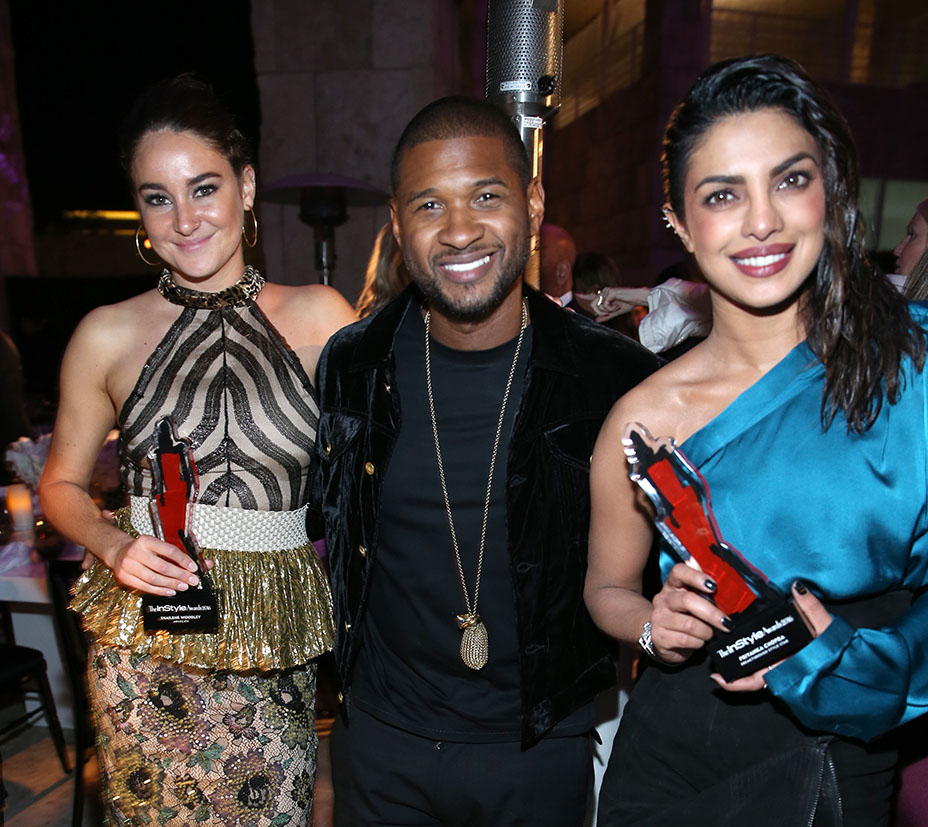 Welcoming guests and introducing nominees, InStyle‘s Brown said, “You are truly all the best at what you do.”

Usher introduced pal Priyanka Chopra with a speech so passionate, it almost sounded like a love letter. “This is a woman who has it all. She’s intelligent, down-to-earth, quick witted and has a genuine personal style. I consider that a quadruple threat,” he said. “Most importantly, she’s a role model for women around the world.” “Wow, thank you, Usher, for that introduction,” she replied.

Introducing stylist Fremar, longtime client Julianne Moore recounted the ups and downs of their 12 years working together. “Leslie has to endure my husband, Bart, saying the dress I like makes me look like an astronaut, aluminum foil or a hot dog,” Moore joked, adding seriously, “Because of Leslie, I always feel confident, cool and myself…. She’s the kind of person who will put you in a Balenciaga dress for the Golden Globes, but also get up at 2 a.m. when you can’t get out of that dress, to cut you out of it.”

“We’ve had so many amazing memories and fashion moments together,” said Fremar, underscoring the value of their friendship, too. 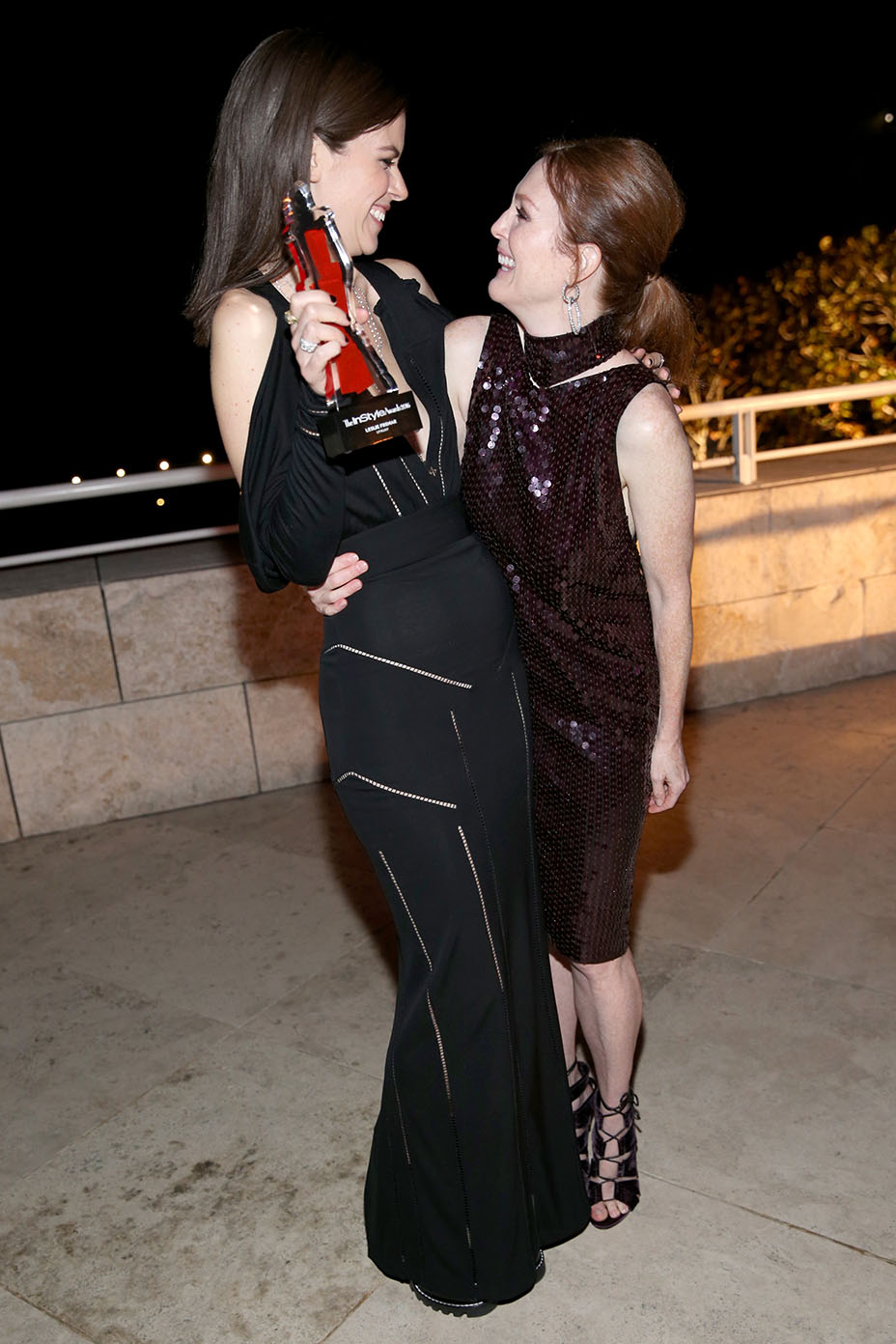 Danilo, identifiable by his signature eyeliner, the man who put the bouffant in the B52s and the long locks in the film Frozen, took the hairstylist of the year award. And Beyonce’s go-to guy, Sir John, was named makeup designer of the year. Joseph Gordon Levitt presented the magazine’s advocacy award to his Snowden co-star Woodley, who was arrested Oct. 10 for protesting the construction of the North Dakota Access Pipeline. “People in our country are hungry for change,” Woodley said, highlighting the work of her Up to Us Caravan to the DNC this summer.

Ford continued his run of events, timed nicely to the upcoming release of his second film, Nocturnal Animals, accepting the designer of the year award from Bradley Cooper. “It’s attention to detail, but it’s realizing what the details actually are that set him apart, the weight of the lapel on the chest, the convection of your arm as you engage in the sleeve, the sound the heel makes,” said Cooper. “I’m happy to receive this award in Los Angeles…a city which is the filter for style to the world,” answered Ford, who lives in L.A. and London.

Kidman, dressed in a dramatic Atelier Versace gown, with hubbie Keith Urban at her side, dedicated her style icon award and her interest in fashion to her mother, who made all of her clothes when she was growing up.

But pop soul/gospel singer Leon Bridges may have been the coolest person in the room, winner of the evening’s man of style award. While working as a dishwasher, he put two songs on the Internet, which led to a contract with Columbia Records, and the rest is music history. Bridges became somewhat of a fashion world darling after performing at Ford’s fashion show in New York in September.

But unlike so many others in the room, he wasn’t dressed in the latest, designer-loaned frock, but instead in a vintage 1990s white Giorgio Armani suit, with pants hemmed above the ankle and a shiny vintage 1950s shirt he called, “fresh and icy.”

He said, “Thank you InStyle for recognizing my style is more than a gimmick. For me, it’s a lifestyle.” 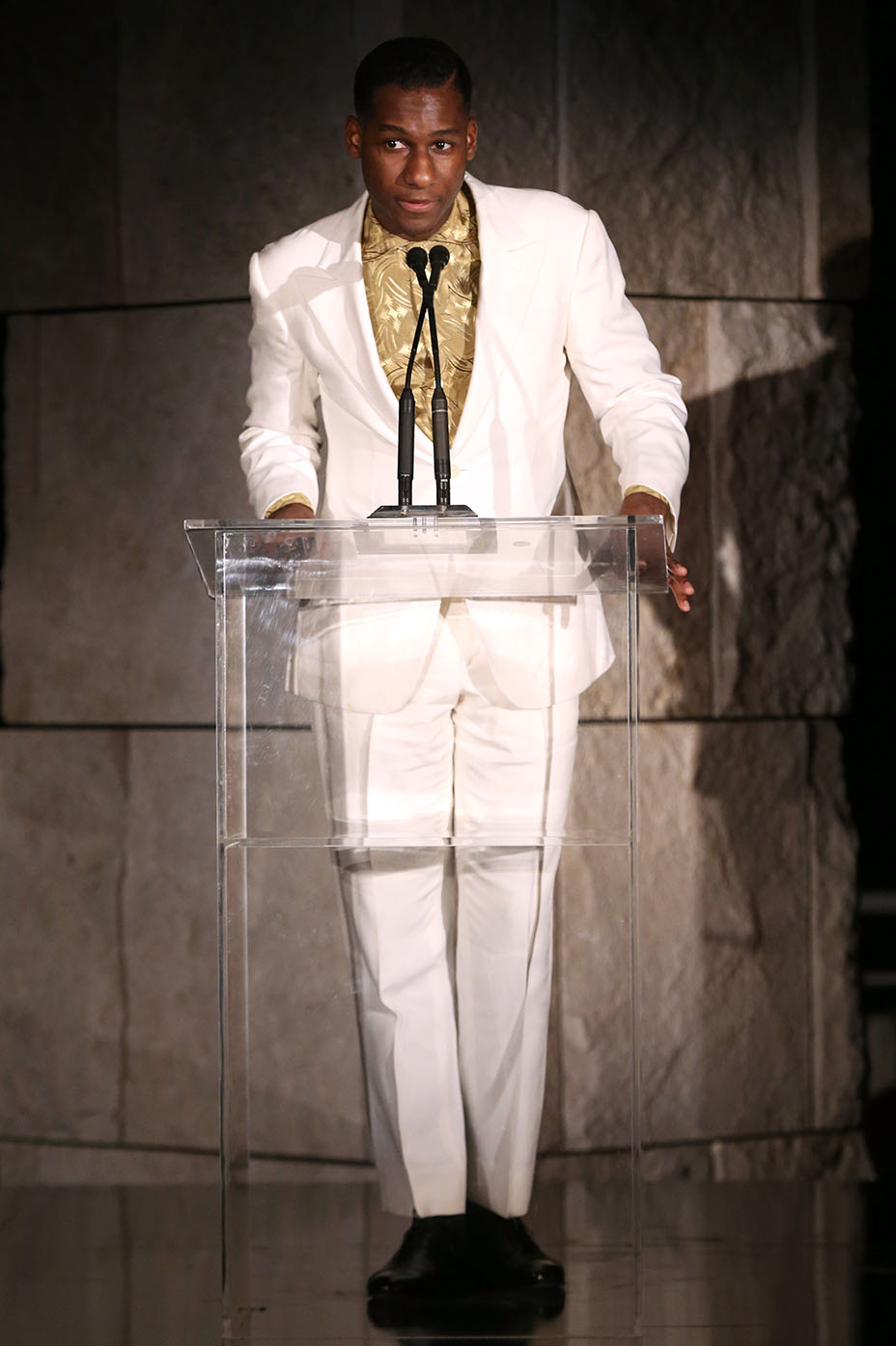