Norma Doggett, the Broadway dancer who portrayed Martha, one of the lovely ladies in the classic 1954 Stanley Donen musical Seven Brides for Seven Brothers, has died. She was 94.

Doggett, a longtime resident of Forest Hills in New York, died May 4.

On Broadway, Doggett appeared in six musicals from 1948-59, working for Irving Berlin, Jerome Robbins, Moss Hart and Joshua Logan and serving as an understudy to the likes of Ethel Merman, Florence Henderson and Allyn McLerie.

Doggett had auditioned for Seven Brides choreographer Michael Kidd in 1953 for a job as Gwen Verdon’s understudy in the Broadway musical Can-Can, and he remembered her during casting for the MGM musical.

She sprained her ankle during rehearsals and her position in several numbers were taken by one of the other brides. However, during filming, her replacement “sprained her ankle in the exact same spot,” she recalled. “I had kept up my practice on the side. They put me in at the last minute and filmed all of my original dances.”

Her Martha weds Daniel (Marc Platt), one of the rugged Pontipee brothers living in the Oregon mountains in the 1850s.

The others brides in the beloved musical were played by Jane Powell (Milly), Julie Newmar (Dorcas), Ruta Lee (Ruth), Nancy Kilgas (Alice), Virginia Gibson (Liza) and Betty Carr (Sarah). The film was nominated for the best picture Oscar but lost out to On the Waterfront. 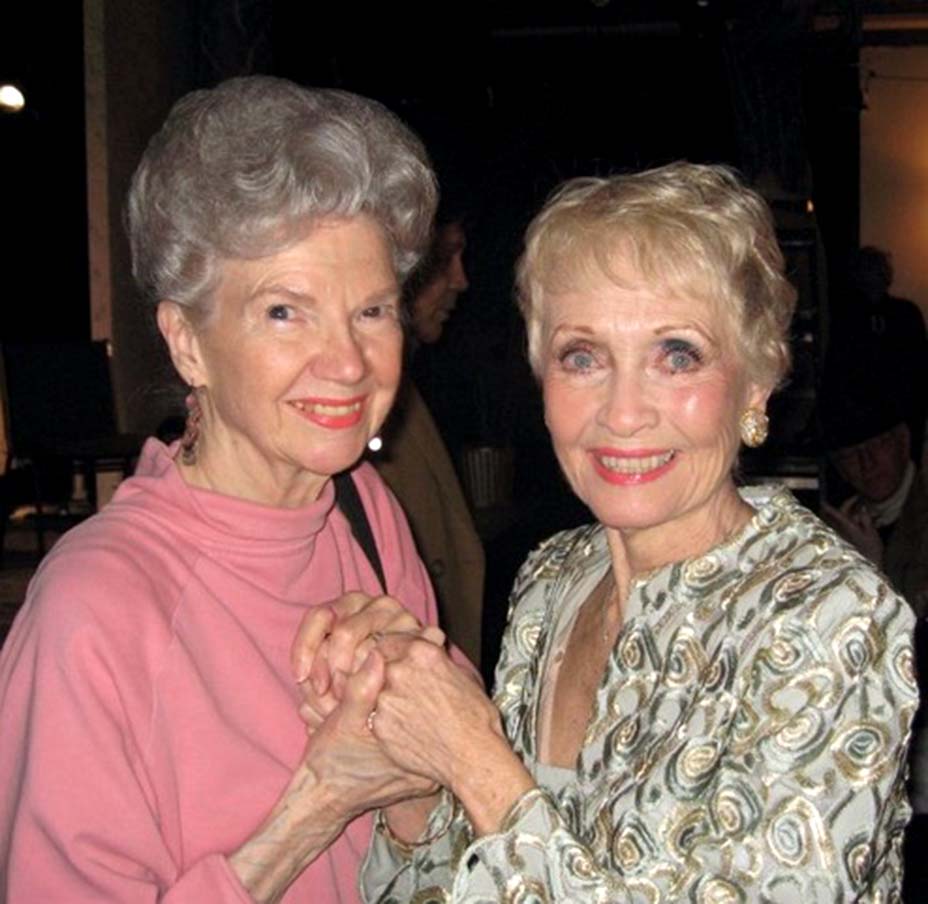 She caught the eye of choreographer Jack Cole while she was working as a line dancer at the Chez Paree supper club, and he invited her to audition for his upcoming Magdalena, which was to premiere at the Civic Light Opera in Los Angeles. She took a chance to come to L.A. and was hired.

Doggett accompanied the high-priced musical to San Francisco and then to Broadway, where it bowed in 1948. In the folk operetta, she worked alongside leading man John Raitt and was coached by Verdon, then serving as Cole’s assistant.

In 1949, Doggett danced in All for Love and in Berlin’s Miss Liberty, directed by Hart. Later, she worked in Berlin’s Call Me Madam, starring Merman; Logan’s Wish You Were Here, starring Sheila Bond, Jack Cassidy and Henderson; Fanny, in which she understudied Henderson; and Robbins’ Bells Are Ringing.

After show business, Doggett worked as a secretary for Mobil Oil. She was married to Jack Bezwick from 1970 until his death in 1985.