Continue to The Hollywood Reporter SKIP AD
You will be redirected back to your article in seconds
Skip to main content
November 11, 2016 1:22pm

So you think you have a story to tell? Many people do, and some are fortunate enough to have the resources to make our stories a reality. But often the people who have the most to say and the greatest need to unburden themselves of their narratives are unable to share their experiences with the wider public.

That is certainly the case with veterans of our armed forces.

Sarah Jesse, the associate vp for education at LACMA that oversees the innovative program ‘Veterans Make Movies’ stresses that “less than 1 percent of the population of our country is enlisted in the armed forces. Military life is invisible to most people.”

World War II veteran and acclaimed television writer and producer Norman Lear is a passionate advocate for ‘Veterans Make Movies’, an eight-week workshop program that LACMA has created in conjunction with the Los Angeles Public Library and Institute for Museum and Library Services. Lear is best known for creating iconic series All in the Family, Sanford and Son, One Day at a Time, The Jeffersons and Maude, among others. 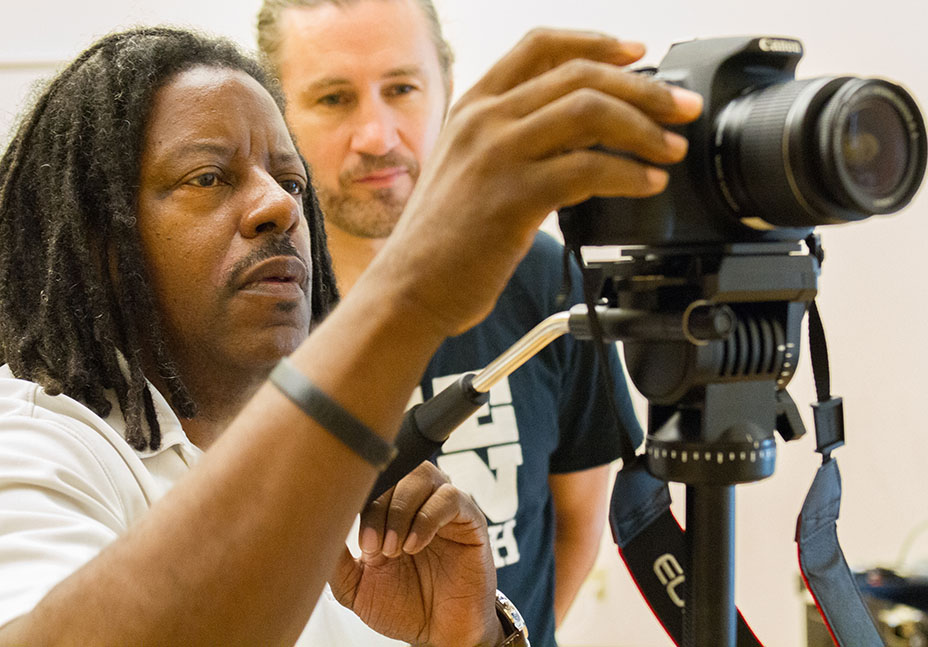 Lear recently spoke with arts writer Carolina Miranda at a screening of films by veterans from the LACMA program at a celebration of Veterans in the Arts and Humanities Day. Dignitaries including 30th District Representative Holly Mitchell and Mark Ridley-Thomas, second district supervisor, and a representative for Senator Ed Hernandez were on hand to present proclamations to Keith Jeffreys, executive director of the United States Veterans’ Artists Alliance.

Lear spoke candidly about his experiences in the armed forces and how they impacted his writing for television. His most recent project is a Latino remake of the classic sitcom One Day at a Time debuting on Netflix on January 6. According to Lear, “There are three generations in this new version — Rita Moreno plays the grandmother and she is just … well there’s only one Rita Moreno. It is a Cuban American family. And Justina Machado is one of the great performers I have ever worked with plays the daughter and mother of two kids. She’s a vet — she served in Afghanistan — and her husband is still in Afghanistan when the show starts. I really wanted to mirror what the vets are going through, vis-a-vis a country that is full of ‘thanks for your service.’ What does that mean, ‘Thanks for your service’?”

This question and others related to veterans’ challenges integrating back into society are addressed in the highly experimental and charged short films being made in the LACMA program. The films are quite diverse in execution and the majority of the veterans’ films are grave in tone. There is a sense of catharsis in many of the stories — clearly the process of making these films has liberated the veterans of painful experiences.

There is also a fresh and ironically naive feel to many of the shorts. It is partly the lack of studio polish that makes these two to four minute films so riveting. Mostly it is the incredible stories being shared from these veterans’ military and civilian lives.

In Collateral Damage, directed by Maggie Dewan-Smith, a veteran describes his guilt for manipulating a child — a 6- or 7-year-old boy — to give up the name of his father, who was a bomb-maker working against American soldiers. The narrative is superimposed over a scene from the black-and-white film To Kill a Mockingbird, where a little girl talks with her father on a porch swing. 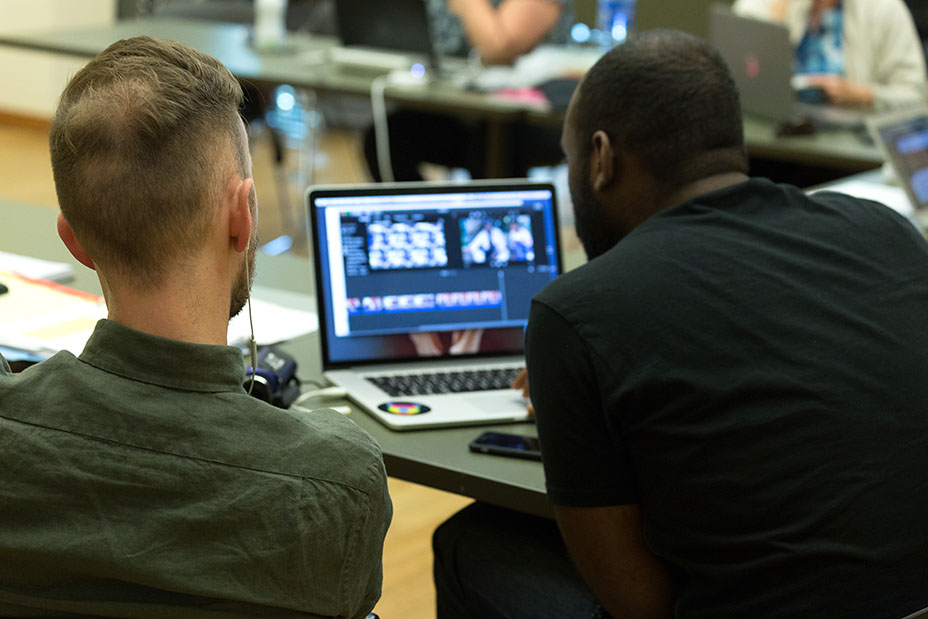 Tacit Veritas is a film by Levi Preston about the conflicted feeling he has working on the film project with other veterans and the uncomfortable sense of competition that can divide them. The title of the film translates loosely to ‘understood truth,’ and Preston’s narrative over close-framed shots of veterans in a workshop question the assumptions people often have about people like him: “They put us in these rooms together, and give us things. They give us opportunities. It’s nice. They do it because they want to thank us for our sacrifice. But they don’t know what those are. Not really. They assume we’re damaged.”

Veteran Melanie Brown made a brutally honest film called Lion in a Box about her experience of sexual harassment in the service. In voiceover with crude, childlike animation, she details how a commanding officer woke her up in the middle of the night and said, “I can make this easier on you” only to punish her with impossible cleaning chores every night that nearly compromised her ability to finish the training program.

'Thank You for Your Service': Film Review

At the end of the screening at LACMA, Lear was asked how he sees the difference between the experience of military life now versus when he served in the second World War. In a solemn voice, Lear said: “The one thing I think that is missing is the feeling that we are really protecting our country. These missions aren’t clear the way they were back in my day.  At the end of that war, we had every reason to be proud.”