When the lights came up inside the Palais on Thursday evening, the cast of Todd Haynes’ Wonderstruck stood up with their beloved director to receive the warm embrace of a 3 1/2-minute standing ovation.

Newcomers Millicent Simmonds, 14, a deaf teen from Utah, and fellow youngster Jaden Michael looked to veteran stars Julianne Moore and Michelle Williams for how to respond to the reception. Michael, 13, appeared to take in everything he could about the moment, hugging his Wonderstruck family one by one, while Haynes looked on with tears in his eyes.

It was a touching moment with one major missing piece: Oakes Fegley.

The 12-year-old actor could not make his major Cannes debut because he couldn’t get out of his shooting schedule for the film The War With Grandpa, a project that casts him opposite Robert De Niro.

Fegley is the anchor of the film, which tells the dual stories of Ben (Fegley) and Rose (Simmonds), two kids who grow up in different eras – Ben in 1977 in Minnesota, Rose in 1927 in New Jersey – as they each set out on a quest to discover what they’re missing. Moore plays a silent film star that Simmonds is obsessed with, while Williams plays the mother of Fegley’s character.

Early reviews have praised both of their performances in the Amazon Studios and Roadside Attractions project, with THR’s David Rooney writing that “the young actors hold the screen with unselfconscious naturalism: Fegley balances pluck and determination with vulnerability.” 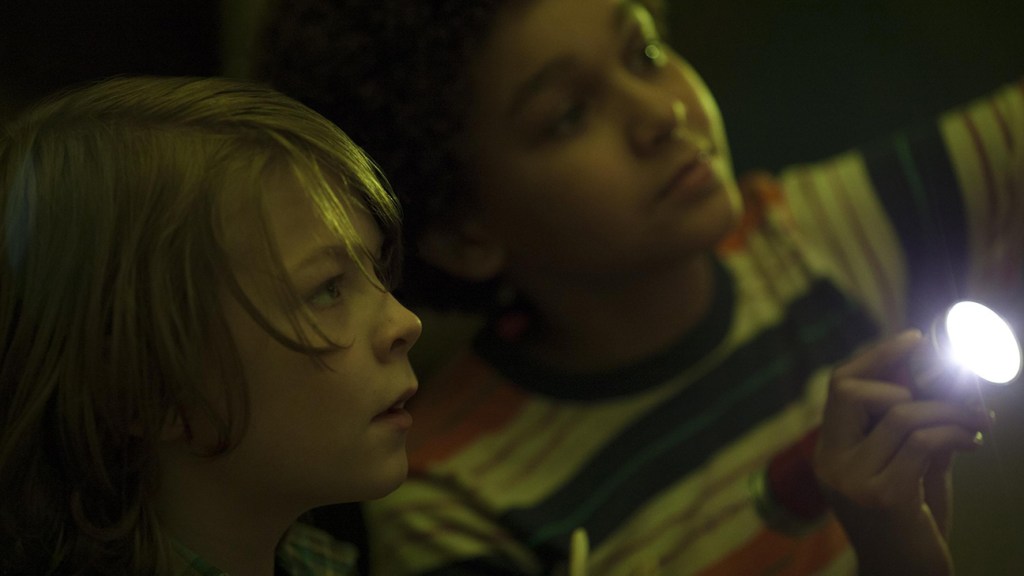 The Hollywood Reporter reached out to Fegley for a comment on how he feels to have missed a trip up the Palais steps, even if he’s not exactly losing out with a prime role in a De Niro film, a fact that’s not lost on the actor who is known for his work in Pete’s Dragon and This Is Where I Leave You.

“For starters, I am very upset to be missing the festival. I’m jealous because I haven’t got to see the film yet! But I am very excited to see it,” Fegley tells THR. “On the bright side, it’s awesome to be working with a legend like Robert De Niro. I’m having a lot of fun with him, and there are lots of laughs.”