The star-studded Ocean’s 8 is riding the subway.

Directed by Gary Ross, the female-filled film also stars Damian Lewis and James Corden, and features a slew of cameos (including the original trilogy’s Matt Damon). Ross co-wrote the screenplay with Olivia Milch.

Ocean’s 8 hits theaters June 8, 2018. It’s one of a few gender-bending reboots on the way, as Rebel Wilson will head a new Dirty Rotten Scoundrels, Channing Tatum will play a merman opposite Jillian Bell in a Splash remake and a new Rocketeer will center on a black female character.

See the photo below, which Rihanna debuted on Twitter. 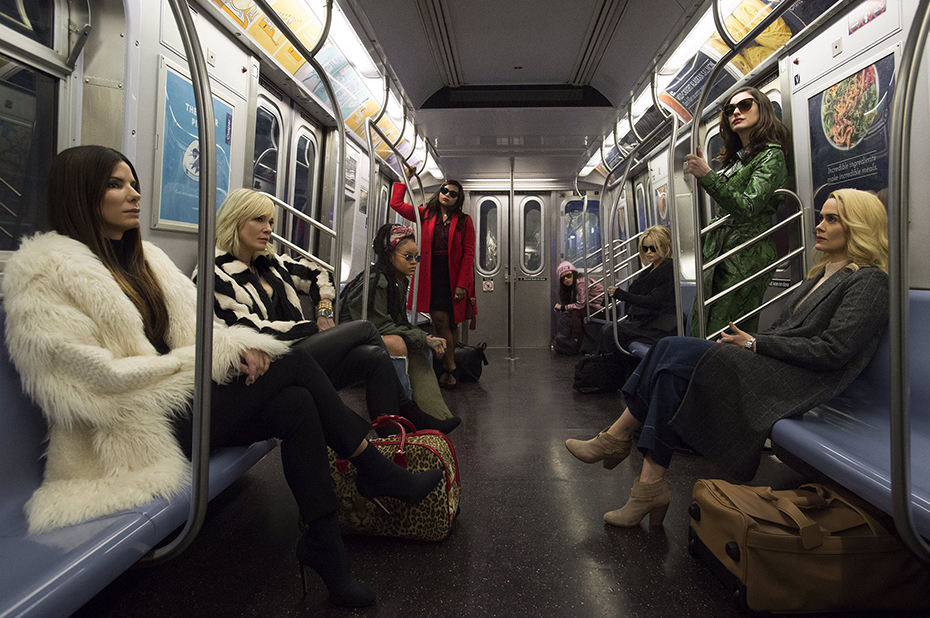