Eleven years after the last George Clooney-led caper, Warner Bros. is reviving the Ocean’s franchise for a new breezy heist film with an all-female lead cast.

Reviews for the pic, which had been embargoed until Tuesday night, have been generally favorable, with a 78 percent Rotten Tomatoes score so far. Ocean’s 8 is tracking to open at nearly $40 million domestically.

The plot: Sandra Bullock plays Debbie Ocean, the sister of Clooney’s Danny Ocean. She is just getting out of jail after five years of incarceration and proves to have been just as successfully rehabilitated as her brother, immediately getting to work on planning a new job.

Warner Bros.’ challenge? Regenerating the high-rolling swagger of the film series and capturing a cast having a great time under the direction of Steven Soderbergh. Here’s a closer look at how the studio has promoted the movie. 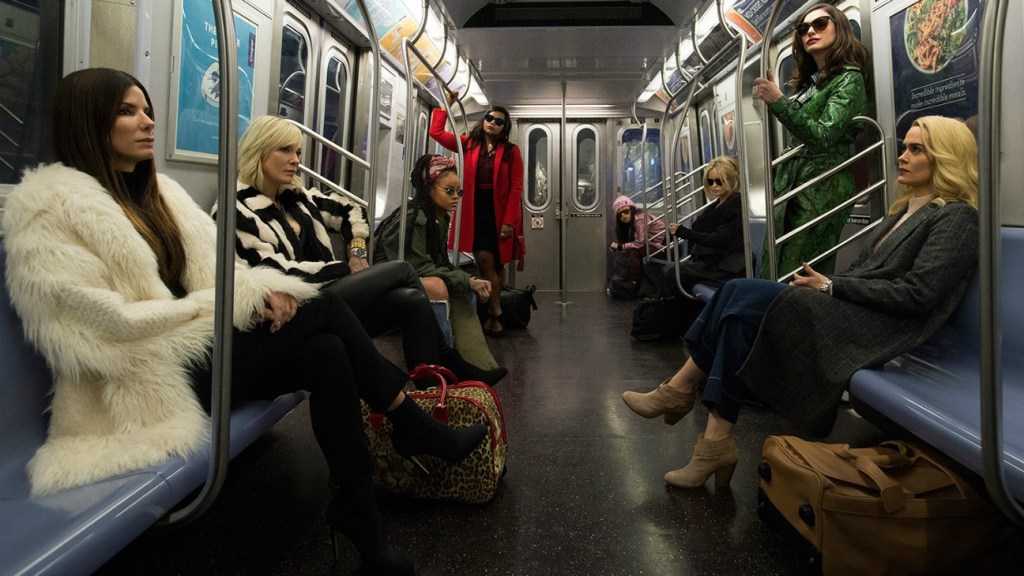 Debuting on Dec. 12, the first trailer (12M views on YouTube) opens in the same way the theatrical trailer for Ocean’s Eleven did, with an Ocean making a statement to a parole board about why they should be let out of prison.

There’s more of the story in the second trailer (9.7M views), which arrived on April 8 and explains a bit more what Debbie’s plans and motivations are. It’s less about assembling the team and more about the heist itself and how it’s being planned and executed.

One final trailer (429K views), an exclusive on Fandango’s MovieClips channel on May 25, focuses on the talents of the individual team members, showing each one of them doing their thing after Debbie enlists them in the scheme.

A series of character posters give each star her time in the spotlight, each one accompanied by copy that explains their basic role in the scheme. So Bullock is the one who’s going to “Plan it,” Blanchett the one to “Risk it,” Kaling the one to “Fake it,” and so on.

The whole gang is shown on the first teaser poster. Each one stands between long red backdrops and is wearing a black leather jacket and sunglasses. “Every con has its pros” reads the copy at the top.

That same stripped look is used on the theatrical one-sheet, though here everyone is standing in front of the curtain looking fabulous, each positioned on the basis of what their contract stipulated. “The plan is priceless” is the pun featured at the top of the poster.

TV spots generally just cut the trailers down a bit to focus on one aspect of the story or another, be it the team, the heist or the glamour of the event. (Warner Bros. hasn’t added any of those commercials to its YouTube channel.)

Social media sponsored posts have used the trailers and other short, character-centric videos, while online and outdoor ads have used the key art, especially the version showing the cast emerging from the red curtains.

Cartier was a major promotional partner to sign on for Ocean’s 8, earning the designation of official jewelry partner for the movie and creating an exclusive necklace that is featured in the film and which was reportedly inspired by one of the brand’s early creative directors. The company also hosted a movie-themed exhibit.

It also makes sense, given the movie’s storyline, that some of the cast appeared at this year’s Met Gala, walking the red carpet and having a blast on the glamorous night. 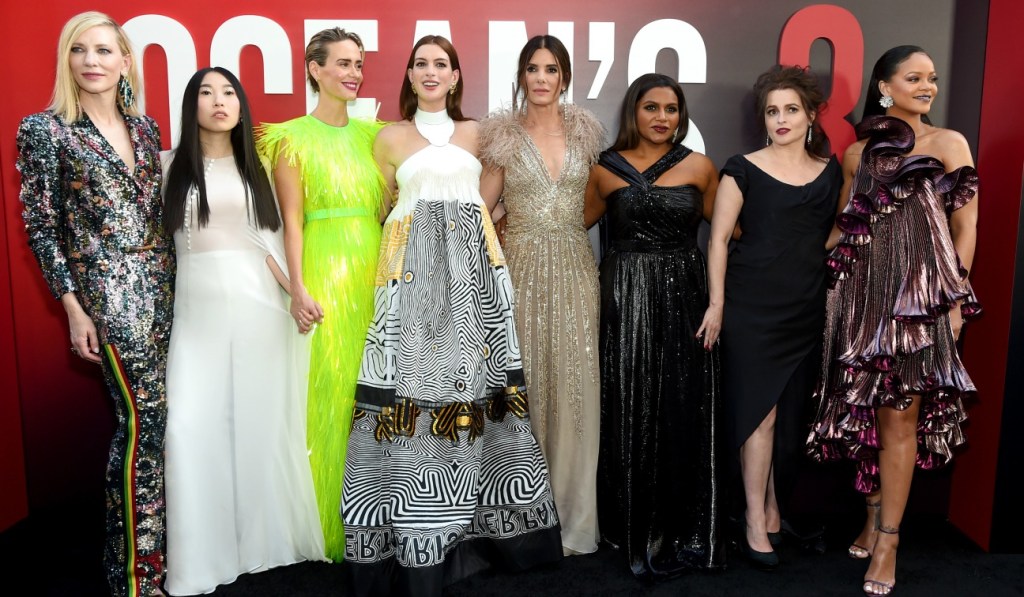 One interesting note about the campaign Warner Bros. has run is how little connective material it tries to establish between this movie and the original Ocean’s series, plotwise. There are a few mentions of Debbie Ocean’s familial history and penchant for thievery, but it’s not overloaded with nods to the earlier films or other direct connections.

That is unusual in an age where sequels and franchises are marketed with as many references to what’s come before as possible, including footage from previous films. Instead, the studio is keeping the focus on selling Ocean’s 8 as a breezy heist flick with lots of celebrities having a great time in the world of high fashion and thievery.