Faux diamonds have probably never drawn such a crowd at the Cartier Mansion.

On Thursday night in New York, the jeweler hosted a soiree to celebrate the over-the-top piece that plays a starring role in the upcoming film, Ocean’s 8, opening June 8 and starring Sandra Bullock, Cate Blanchett, Rihanna, Mindy Kaling and Sarah Paulson, pulling off the jewel heist of a lifetime at the Met Gala.

Cartier added the ninth character to the film, crafting the necklace at the center of the storyline out of cubic zirconia (more on that later) in its high-jewelry workshops in Paris and naming it the Jeanne Toussaint, after the woman who served as Cartier’s creative director in the 1930s.

That decision was intended to nod to the film’s female focus. “As a maison, and throughout our history, we cherish our collaborations that bring visionaries together to celebrate individuality, diversity, and [to] empower bold and fearless women,” said Arnaud Carrez, Cartier’s international marketing and communications director, in a statement. 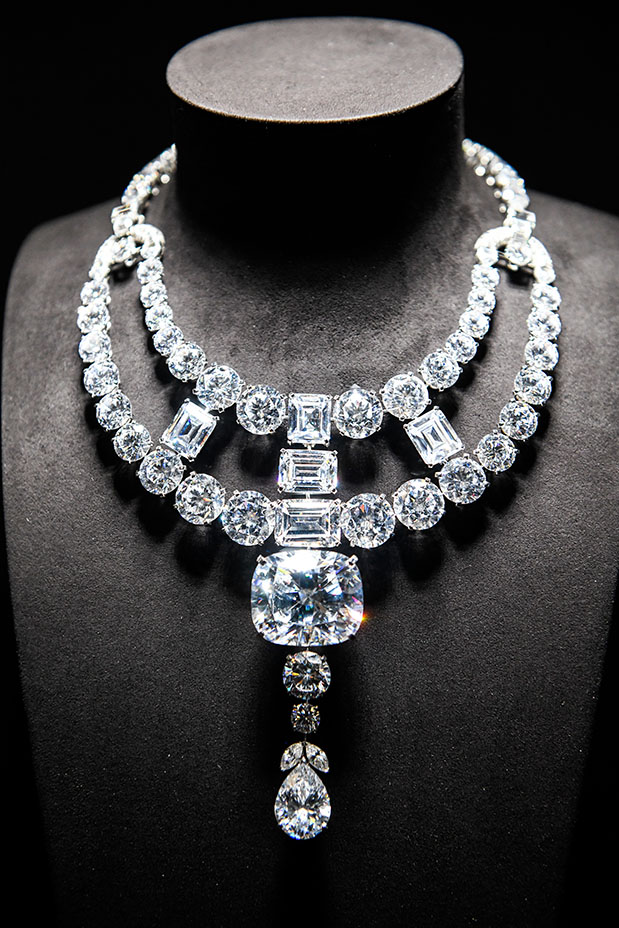 Following a screening at New York’s Whitby Hotel, guests walked the few blocks to Cartier’s Fifth Avenue Mansion, which has included the Jeanne Toussaint and other pieces seen in Ocean’s 8 in an exhibition that opened to the public today and will run through June 8. Because the necklace is closely associated with Anne Hathaway’s Met Gala look, the exhibition also includes the Valentino-designed gown and cape she wears in the film. The Cartier Mansion, a New York City landmark, was also used as a film location.

The Jeanne Toussaint is the only piece created specially for the film by Cartier, which is billed as the exclusive jewelry partner of Ocean’s 8. The design is inspired by a 1931 piece Jacques Cartier crafted for the Maharaja of Nawanagar; that necklace no longer exists, so Cartier artisans worked from sketches and photographs from its archives. 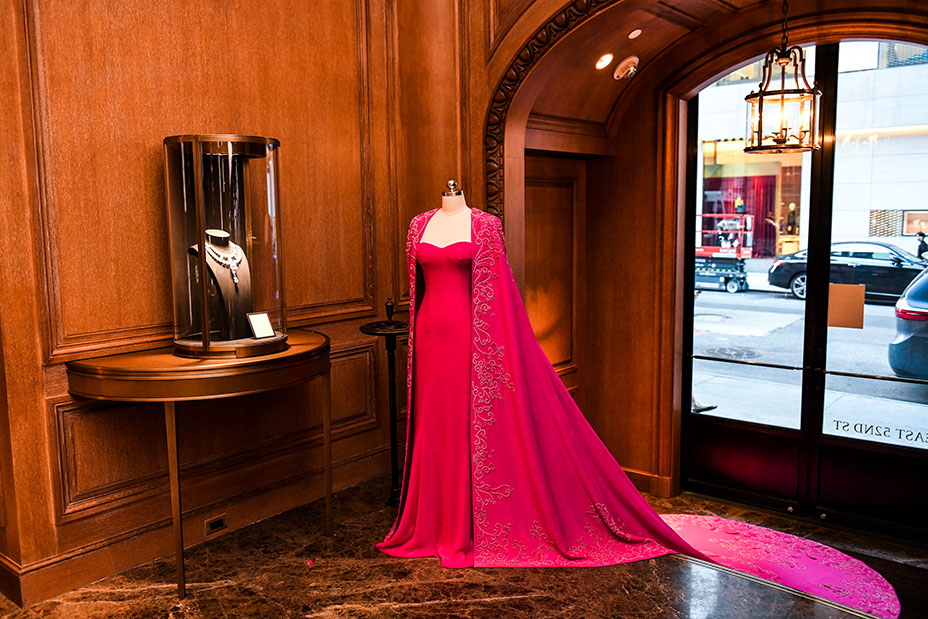 The Jeanne Toussaint was created using cubic zirconia – genuine stones of the size and quantity needed would have been too difficult and expensive to resource – though Cartier employed the same high-jewelry techniques in crafting the necklace, which is set in white gold. The time needed, however, was another matter: High-jewelry necklaces often can take as much as two years from concept to completion, but to meet the needs of the Ocean’s 8 production, Cartier’s artisans had to complete the fabulous fake in just eight weeks.

Hathaway is also seen wearing real jewelry and a watch from Cartier’s Panthère collection (fun fact: Toussaint’s nickname was “La Panthère,” and jewelry fans have her to thank for introducing the feline that ranks high among the house’s most iconic symbols). Other jewels on display and seen on Ocean’s 8 characters came from the house’s archives, including a 1958 necklace with matching earrings crafted of yellow gold and baguette-cut diamonds, worn by Mindy Kaling. A circa 1906 Lavalière necklace featuring round and rose-cut diamonds set in platinum, meanwhile, can be glimpsed on Vogue editor Anna Wintour, who makes a few brief appearances in the film, including one scene that inspired laughs in the screening for an audience filled primarily with fashion and jewelry editors. 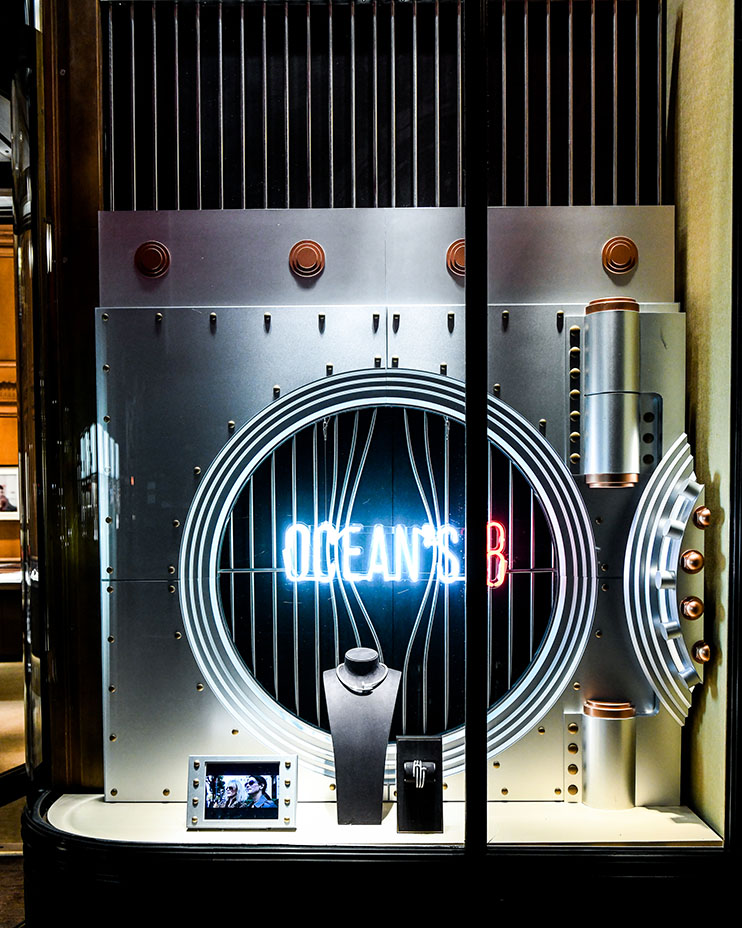