When the United States launched John Glenn into space in 1962, it was thanks in large part to the vital work of three African-American female mathematicians: Katherine Johnson, Dorothy Vaughan and Mary Jackson. Their stories largely have remained untold — but that will change when Fox’s drama Hidden Figures opens nationwide Jan. 6. Taraji P. Henson, Janelle Monae and Octavia Spencer portray the notable trio in the film, with Spencer recently nabbing supporting actress Golden Globe and SAG Award nominations for her performance as the resourceful and persistent Vaughan, who manages the Langley Research Center’s “colored computers,” as they were called.

Just before spending the holidays back home in Alabama, Spencer spoke with The Hollywood Reporter about portraying a real-life character, channeling the 1960s throughout production and speaking up about diversity in the film industry.

What were your first thoughts after you were approached for your role in Hidden Figures?

I met with [producer] Donna Gigliotti in January 2014. I’d never heard of the story before, so I first thought it was historical fiction — I just had done The Help [which is historical fiction], so it wasn’t that farfetched. After doing a little research, I realized these women were real. I got a little angry that history had obscured their contributions to the space program and, with what’s going on in this country today, part of me just felt sad. It was about time the world found out about them, and I wanted to be part of that telling. 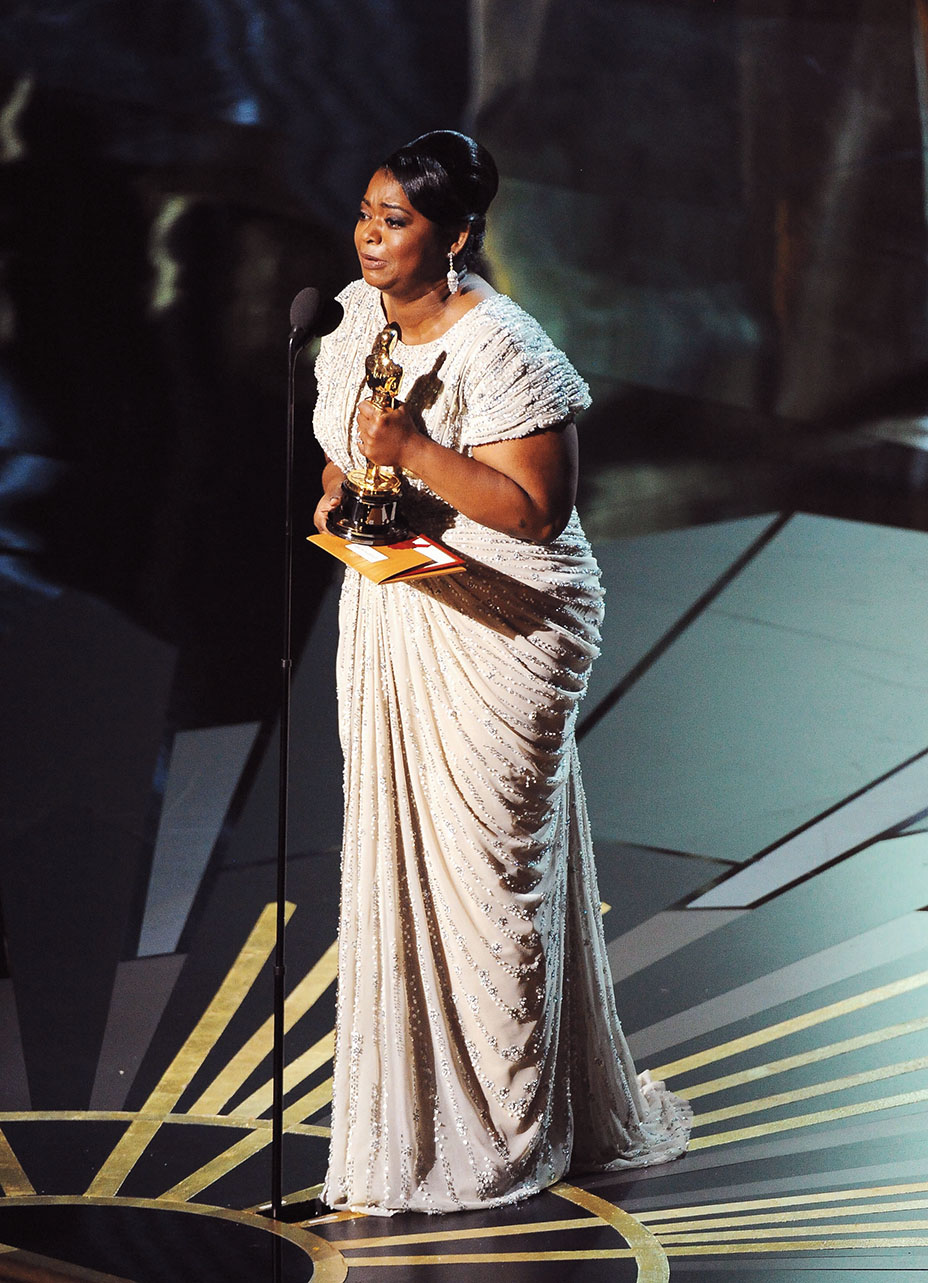 What do you admire most about your character, Dorothy Vaughan?

She was a brilliant mathematician — she co-authored case study books and was at the forefront of coding — but there’s so much about her that’s not onscreen: her strength, her integrity, her sense of community. She was one of those people who found a problem that was wrong in one of her math books and wrote the company to get it changed. She was a schoolteacher and, like most teachers today, she paid for supplies out of her own pocket to ensure her students’ education. And even though the family she married into was rather affluent, she wasn’t a pretentious woman; she worked during the summer in a military base laundry unit so her children would have opportunities that she didn’t. I had to read between the lines — just looking at pictures, I knew she was a practical woman and saw she didn’t wear a lot of lipstick. I wanted to make sure I got all of that across.

Octavia Spencer on 'Hidden Figures' Co-Star Kevin Costner: "Like Me, He's All Business"

Growing up, were you into STEM (science, technology, engineering, math) subjects?

I’m a creative. I enjoyed math and science, but they weren’t my passion. But playing a woman who influenced STEM was fun for me. I understood her work to an extent, but she’s a rocket scientist and there are very few people in the world who get that type of physics and can work interchangeably in the math disciplines. It’s a small group of people, and my hat is off to them. I am not a member of that club!

What kind of pressure did you feel in portraying these real-life figures and meeting their families?

We wanted to present these women in a truthful way, but in the best light possible. Only Taraji had the opportunity to meet her counterpart, so there’s just no way to know if we got it right — except for their family members, so that’s the first audience you want to impress. It’s the biggest compliment to hear them be effusive in their praise for the film, and for my, Janelle’s and Taraji’s work. It’s the best you could hope for. It’s really humbling. To hear that we got it right makes me proud.

What were some of the challenges for you in making this film?

It’s just difficult to shoot period movies when you’re a contemporary woman. History hasn’t been kind to black women, and at that time, we were just fighting to get our rights as citizens. Even though segregation was against federal law, [these women] didn’t have the right to vote or to have a voice in the political process, and at the same time, they were doing all this work at NASA. Whenever you’re a pioneer, you’re not seen as just yourself, but as the whole race. These women understood that whatever they did would be an implication for all black people, so they had to hold themselves in high regard, do the work and not complain.

Playing in the ’60s, as a woman of modern times, is very difficult, at least for me. I always watch [civil rights documentary] Eyes on the Prize from beginning to end to understand the mental and physical moment in history. And so there won’t be any anachronisms, I don’t come out of the time period; I stay in it. I listen to music of the time and I only deal with family and friends that are on the film; I don’t go to the movies, and I don’t do anything that’s contemporary. I tend to isolate. I only come out of it when it’s time for me to wrap. It’s just a hard place to be, emotionally.

What was it like to be part of such a big ensemble?

Even though we didn’t all shoot together, we had one night where all of us had dinner together and hung out, and that was wonderful to have that moment — but then it was off to the races. It is a true ensemble piece: There were no weak links; everybody brought their A-game. And nobody signed on to this to become bazillionaires; people wanted to contribute to this story in the best way they could, by doing the best work they could. I’m thrilled to be part of this story about these women in history with this group of actors.

Assuming you take something home from each of your films, what did you take from Hidden Figures?

What I learned from playing Dorothy Vaughan is that I have a voice and that I have to use it for people who don’t have a voice or whose voice is somehow subdued by whatever’s happening in society. And what’s happening in our industry is a lack of diversity — and when I say diversity, I mean Latino, Asian, African-American, all ages, all sizes. When I’m part of a team as a decision-maker, I have to use my voice and say, “I need women on the team, I need Latinos on the team, I need an Asian voice here because this is an Asian story.”

I’m learning that as a producer and as an actress, I need to make sure that projects I’m involved in are inclusionary. Without the inclusion of Katherine Johnson, I don’t know that we would’ve made it to space at that time. John Glenn put his life in her hands, an idea that was quite unpopular at that time. Acknowledging her at all was quite unpopular, but he did it. Everyone has something to contribute. 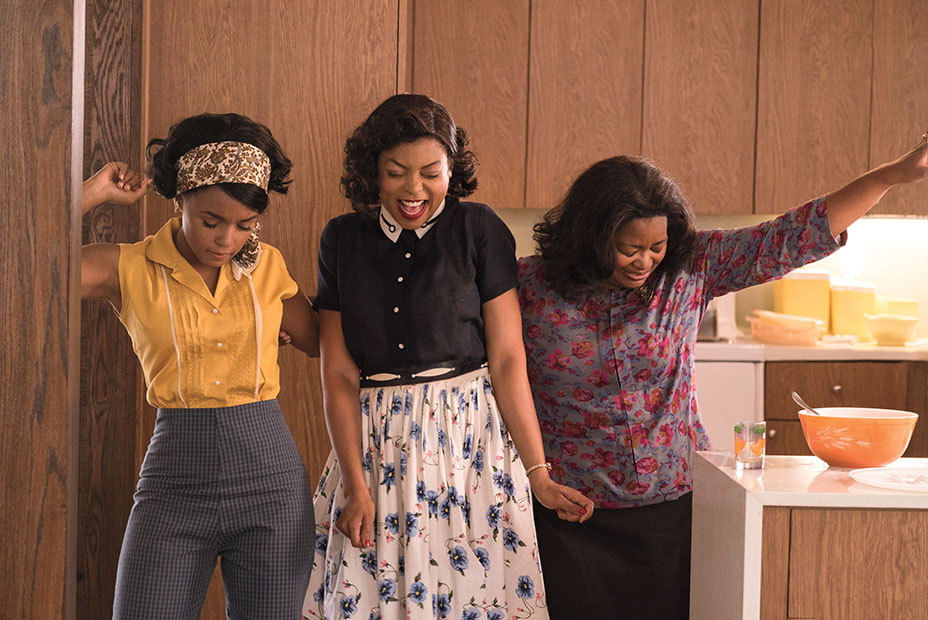