Olivia Munn on Sunday was honored for speaking out last month against the casting of a known sex offender in The Predator.

The actress told Fox about actor Steven Wilder Striegel’s status as a registered sex offender, causing the studio to delete his scene just before its screening. At the Toronto International Film Festival, Munn was interviewed alone to talk about the issue after her castmates backed out amid the controversy.

On Sunday, the United Nations Foundation’s initiative Girl Up hosted the inaugural Girl Hero Awards luncheon at the SLS Hotel in Beverly Hills to honor Munn, along with Yara Shahidi, Chrissy Metz and the movie Eighth Grade for their work toward gender equality.

Events of the Week: 'Your Place or Mine,' 'Knock at the Cabin' and More

“I don’t even know why I’m being awarded, because it’s so obvious,” Munn said of speaking up. The actress explained, “Is it worth losing a little bit of my soul, my integrity, compromising my own self-identity? Even if no one else would know, I couldn’t walk around knowing that I knew something and did nothing.”

Munn decided to weigh the things she was “protecting” — her family, friends, health and ability to work — against the thing she’s not speaking out against. “There is no contest. You have to speak out,” she said onstage. “If they want to take my career, that’s okay, because my self worth is something so much bigger.”

Munn said she’s not a scared person when it comes to backlash; what she’s actually afraid of is continuing to be “trapped” in a world where she can’t speak up, “where my voice doesn’t matter, where I can’t help make a difference.”

The actress added that this year she’s made a conscious effort to spread positivity: “It’s so important to me to always be the person I hoped I would be. When I sit with myself at night, will my mom be proud of me? Those things matter to me.” 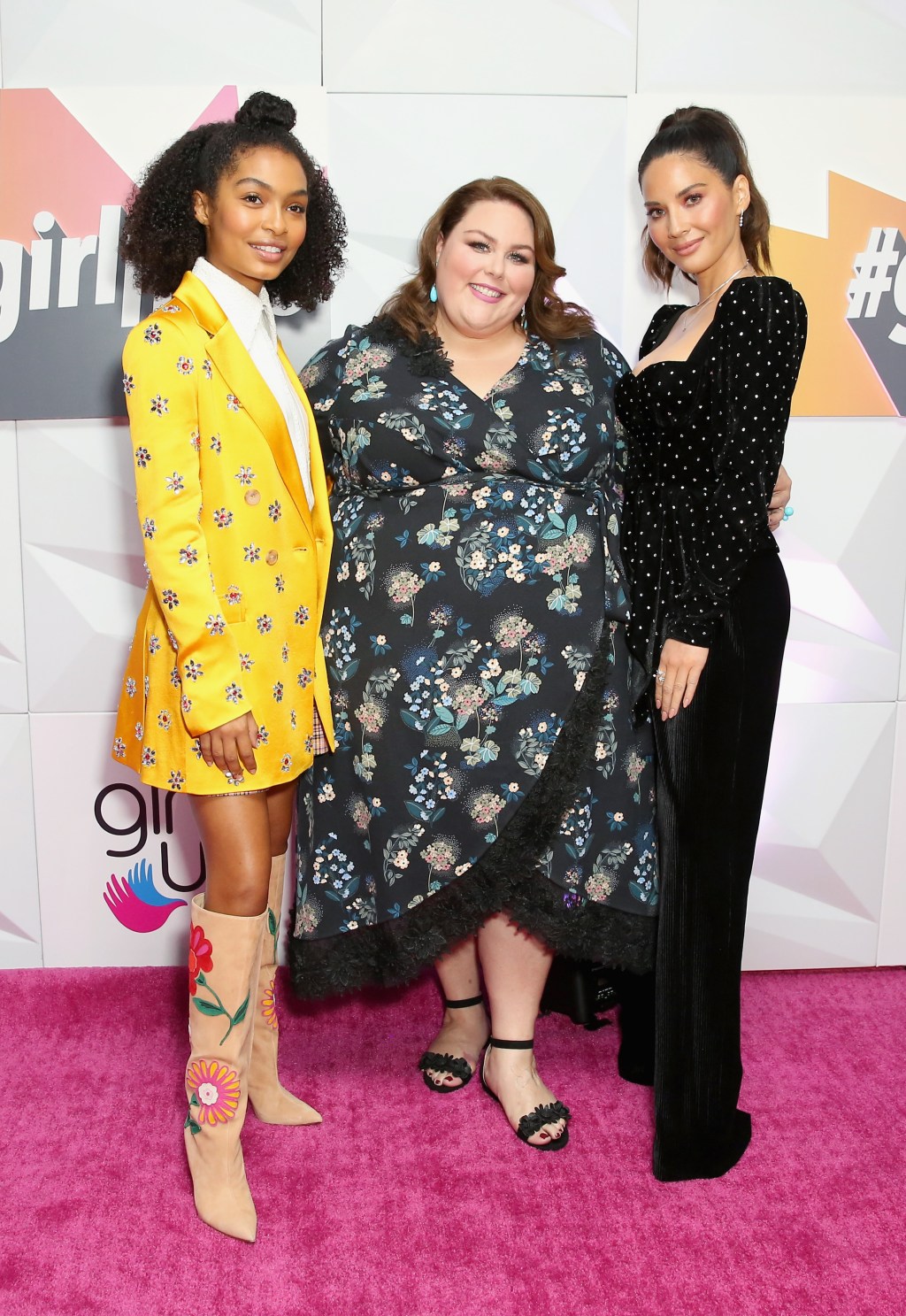 During the firestorm in September — when Munn said she was being “ostracized” by her co-stars, “no one” was talking to her and she was “forced” to do interviews by herself — her mom reached out with a backup plan. She told Munn to buy a beach house in Costa Rica and start a smoothie bar and boogie board rental shop on the beach: “Who needs Hollywood?”

At the end of her speech, Munn introduced a “surprise guest” — the Jane Doe in the sex offender case, Paige Carnes, who was inspired in September to “reclaim” her identity and reveal her name after hearing about Munn’s activism.

Munn called her the “real hero” for enduring pain, saying the reason she spoke up was really because of the 14-year-old Jane Doe: “She mattered. Somewhere, she was a 24-year-old girl and if she ever heard about this, if it ever came out, if she ever saw the movie, I didn’t want her to feel that I didn’t care, and so that’s why I did it.”

Carnes was the reason Munn gave statements to the press. “I had to,” in case Carnes saw it, she said. “I don’t think there’s anyone I can think of that deserves a standing ovation more than Paige right now,” Munn told the crowd, who cheered and stood as Carnes walked onstage. 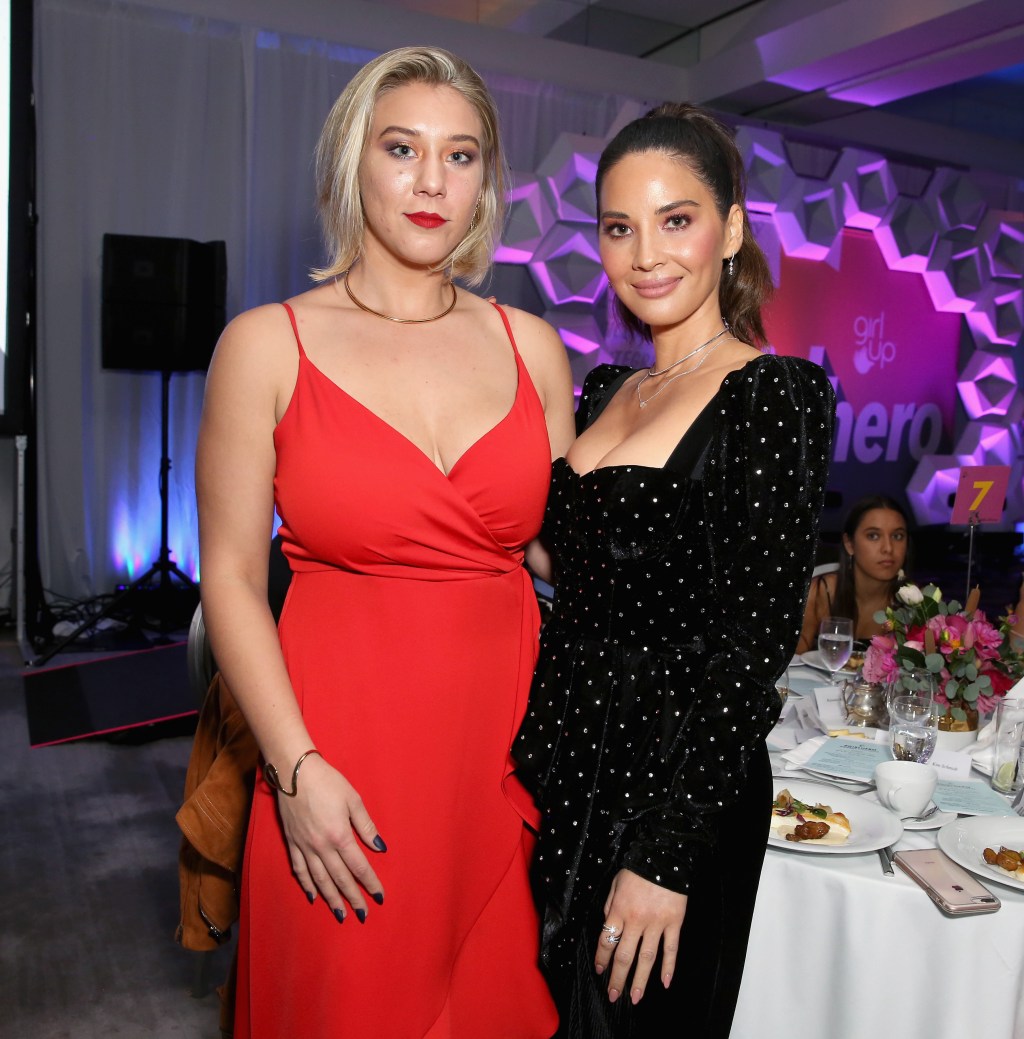 Speaking to The Hollywood Reporter, the actress continued to champion those that aren’t “household names” in Hollywood, but those that began the movements like #MeToo, saying nobody knew who Dr. Christine Blasey Ford was before she told the press about Brett Kavanaugh. “I would hope that more people get inspired by not the pins or the wearing of black dresses on the carpet, not the big celebrities who have all their hashtags, but the people who have the courage to speak out and come forward and go to the press and name names. It’s those women that you guys should all be saying their names,” Munn told THR. “They’re the only reason we have Time’s Up.”

The luncheon, emceed by Shaun Robinson and Monique Coleman, further honored This Is Us star Metz for her work changing beauty standards in Hollywood and Grown-ish star Shahidi for her activism for Gen-Z.

Shahidi told THR she was honored to be among “my community of people who are making stuff happen.” During her speech, she talked about being influenced by the matriarchies in her life. “It’s very easy right now, especially given our socio-political landscape, to think that being a girl is to be told what not to do,” Shahidi said. “What is evident in this room is to be a girl is to be a universe of sorts, to be ever-expansive.”

Writer-director Bo Burnham, accepting a Girl Hero Award for Eighth Grade along with star Elsie Fisher, said, “I’ll keep this very brief, because this is an event about prioritizing and championing women’s voices, as it should be, and men need to do a lot more listening and a lot less speaking at podiums,” as the audience members laughed. He called Fisher his girl hero, saying that watching her carry the film on her back was incredible. “The collaboration between her and I was the greatest experience of my creative life by a factor of 10,” Burnham said. 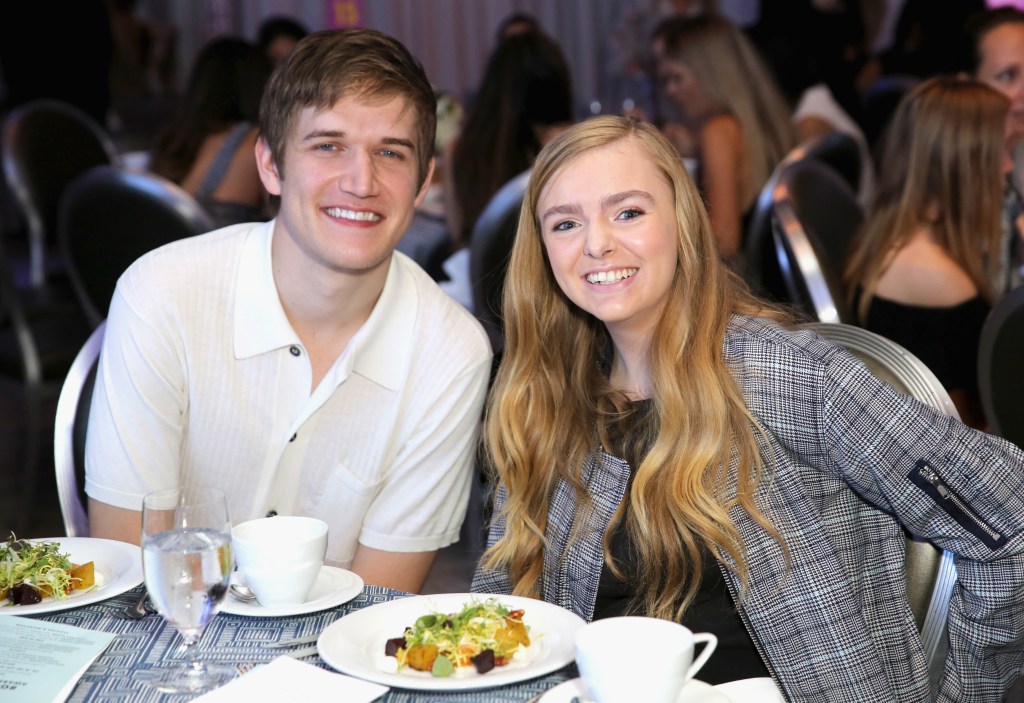