Continue to The Hollywood Reporter SKIP AD
You will be redirected back to your article in seconds
Skip to main content
July 9, 2019 8:00am

Quentin Tarantino’s Once Upon a Time in Hollywood is the auteur’s love letter to the Los Angeles of 1969, with a plot that revolves around waning star Rick Dalton (Leonardo DiCaprio) and his stunt double, Cliff Booth (Brad Pitt). In a parallel storyline, Margot Robbie portrays Dalton’s Benedict Canyon neighbor Sharon Tate, who meets her fate at the hands of Charles Manson.

The miniskirts and go-go boots, aviator glasses and denim fashions play a big role in defining the characters. Well-versed in designing clothes with a pop-culture bent from dressing Madonna’s global tours, Tom Ford’s Nocturnal Animals and Broadway’s Hedwig and the Angry Inch, Oscar-nominated costume designer Arianne Phillips, 56, felt she had met a kindred spirit in Tarantino, also 56. Once Upon a Time “is a memory film for Quentin, of Hollywood in 1969. Growing up, I would spend holidays in Los Angeles. I immediately related to his descriptions,” Phillips says of the “holy grail” of his script. Producer Shannon McIntosh knew immediately Phillips was the best person for the job, noting, “This was not a small project to take on and we had to look for the right costume designer who knew the time period like Quentin did. Arianne came in with this incredible look book she had put together for Quentin, the boards, the research she had… she sold herself in the room. It was evident from that first meeting that she would be the one who could bring his vision to life.”

Tarantino provided an extensive list of films and television for Phillips to absorb, and “once a week, we’d have movie night at Quentin’s theater, the New Beverly,” says Phillips. “Everyone, from the crew to the actors, would eat pizza and popcorn, drink wine and watch films like Paul Mazursky’s Bob & Carol & Ted & Alice.” 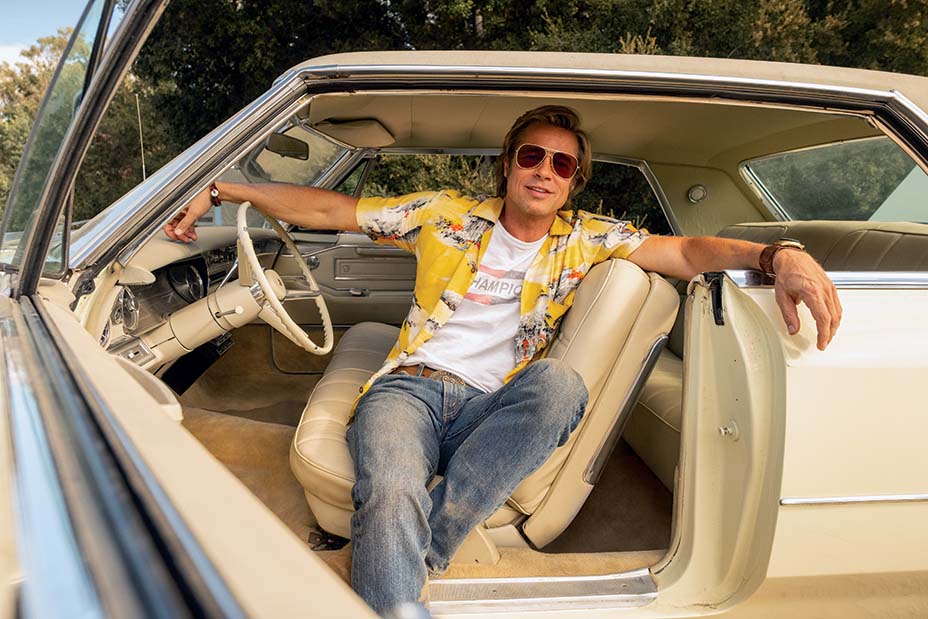 Since DiCaprio’s character is a 1950s Western actor, his turtlenecks and leather jackets were “browns, oranges and mustards,” the designer says, while Pitt was clad in Hawaiian shirts, aviators and “denim, part of the 1960s youth culture.” 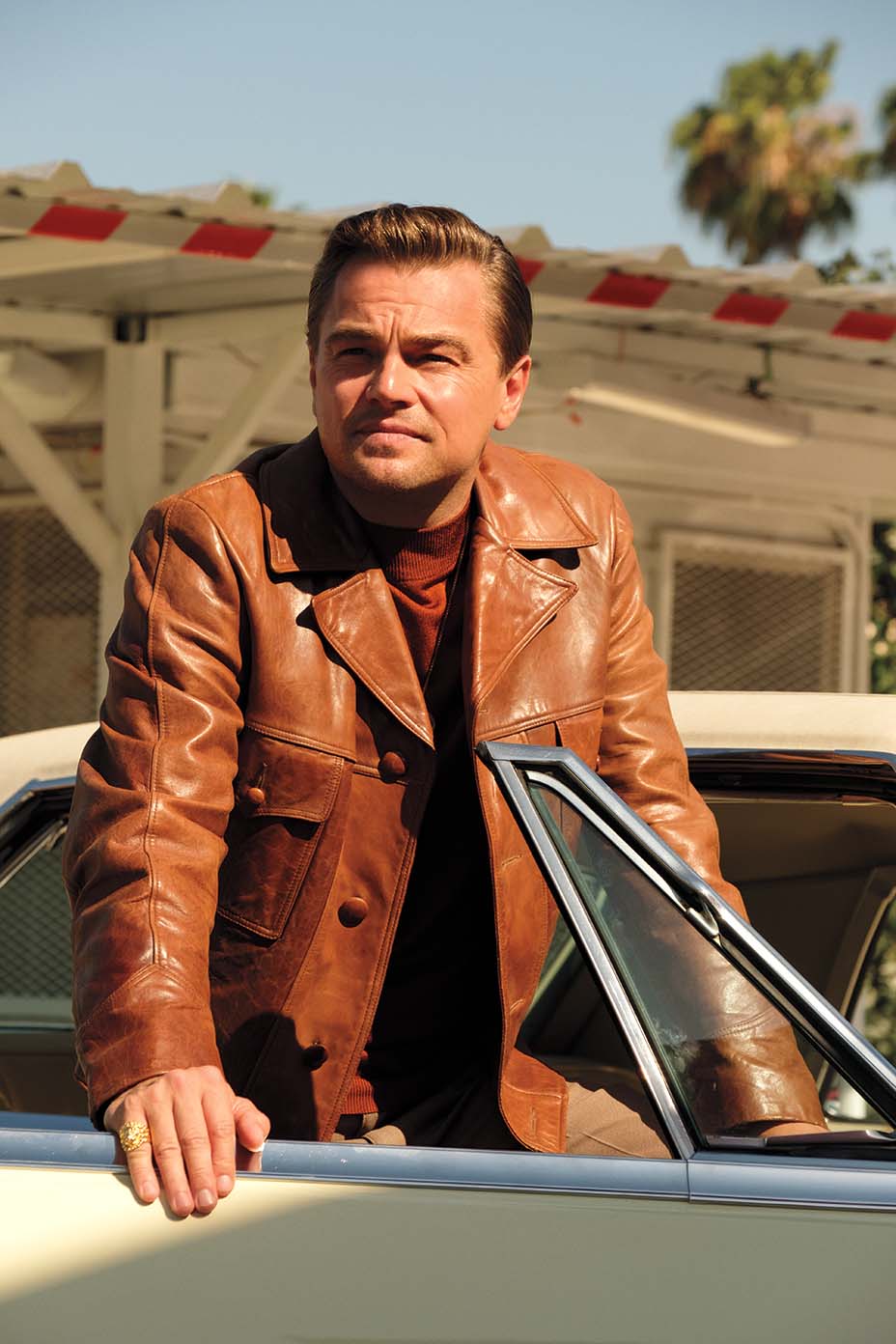 For Tate as well as icons like Mama Cass, Steve McQueen, the Manson clan and dancers from NBC variety series Hullabaloo, Phillips looked to Debra Tate, Sharon’s sister, who served as a consultant. “Coincidentally, Debra was preparing an auction and arranged a loan of Sharon’s jewelry for Margot to wear,” says Phillips. “It felt like a talisman for myself, Margot and Quentin.” 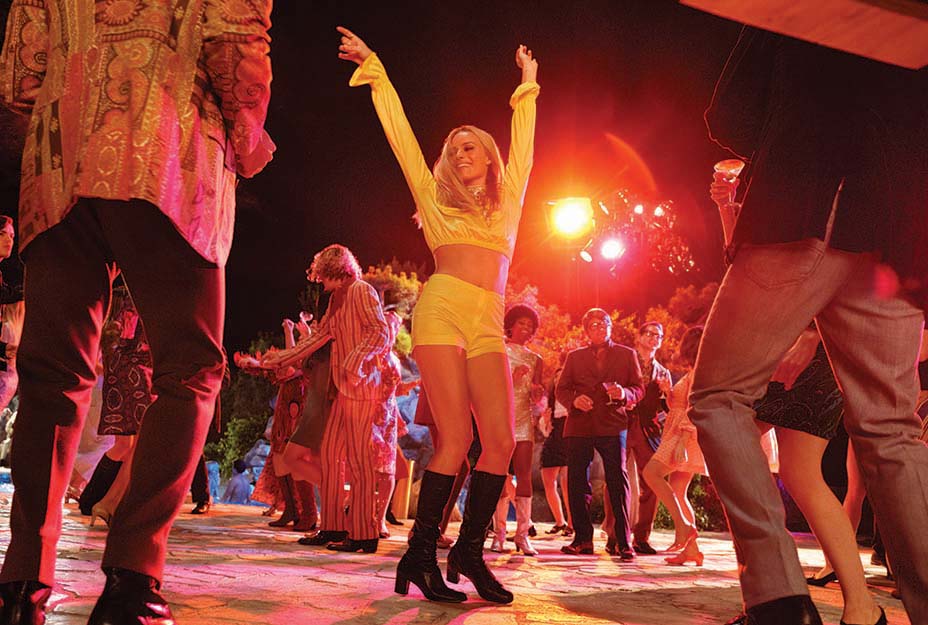 Robbie got the mod treatment, only elevated. “Sharon and Roman [Polanski] lived in London and had sophisticated tastes,” says Phillips. “She famously wore designers such as Rudi Gernreich, Jean Muir, Betsey Johnson, Courrèges and Ossie Clark.” In Tarantino’s vision of the ’60s, fringe and tie-dye were verboten, but “Quentin loved the ‘Hollywood’ print” of a vintage minidress. “We found a place for it in a go-go scene,” says Phillips.

While searching vintage shops and rental houses for a ’60s-style chauffeur coat that Mike Moh would wear as a certain legendary martial artist, Phillips discovered one with a faded tag in the lining inscribed “Bruce Lee.” It was an “only in Hollywood” moment. “We treated that coat with great care and reverence,” she says. “It’s the little moments like that.” 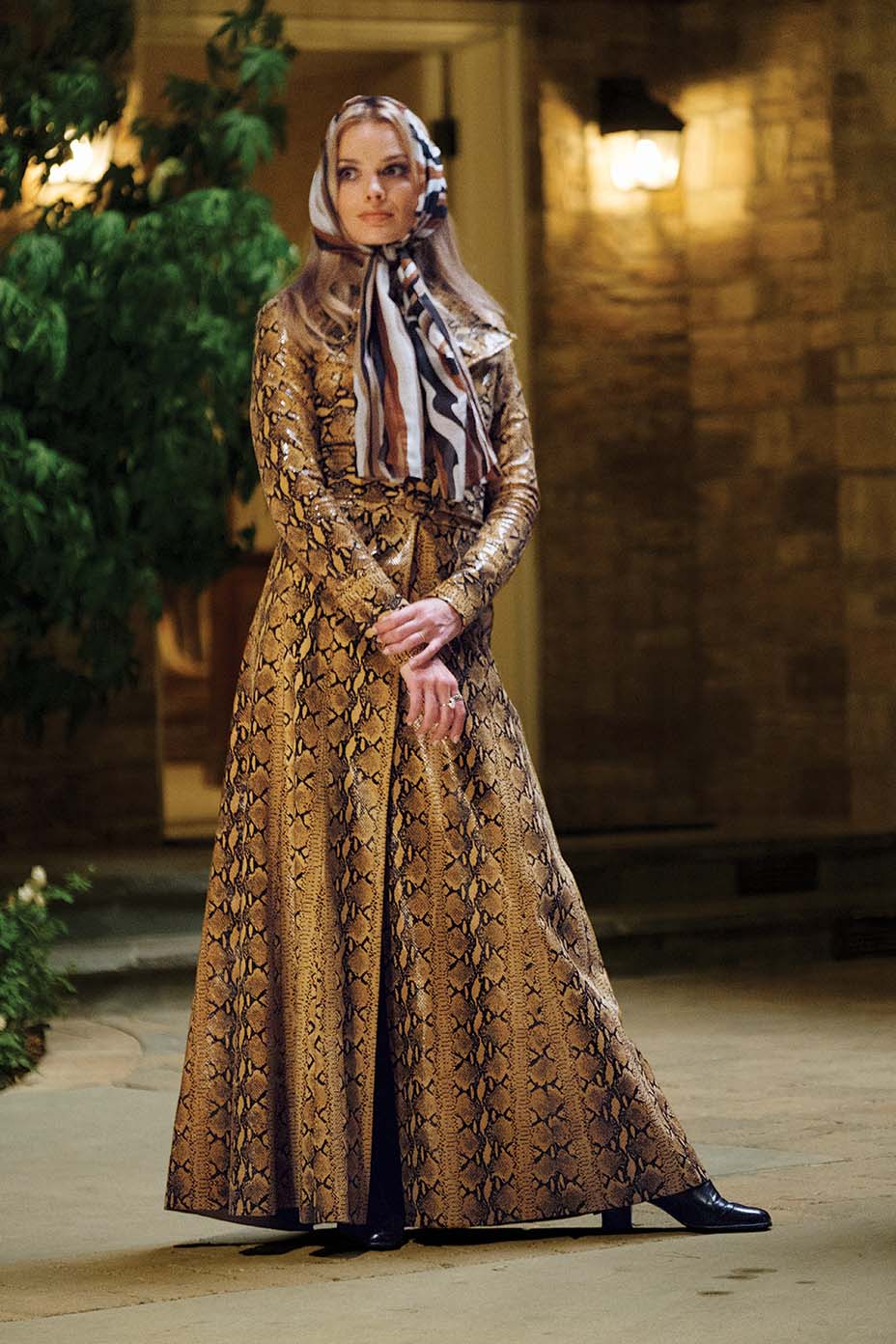 Costume designer Arianne Phillips sought out these L.A. spots to bring to life the late ’60s and early ’70s looks that populate Once Upon a Time … in Hollywood:

TIMELESS VIXEN “The yellow hot pants outfit on Margot is an original that Sharon Tate was known to have worn,” says the designer. 1100 S. Beverly Drive; timelessvixen.com

THE WAY WE WORE Owner Doris Raymond provides clothes for thousands of shows and films yearly, including the ’60s frocks that ended up in Quentin Tarantino’s vision of funky L.A. 334 S. La Brea Ave.; thewaywewore.com