“It’s simultaneously the kind of title that no one understands what it means, and it sounds very weighty at the same time,” Charlie Chu jokes about his new title at Portland, Oregon’s Oni Press.

Formerly the senior editor on the publishing side of the company, Chu is now Oni’s vp creative/business development, which means in practice that he’s expanding his work with Oni Entertainment, the company’s film and TV arm, while also pursuing business opportunities relating to Oni titles and creators, such as merchandise and the new Oni Games division, which launched in August.

Chu has been with the division since it’s 2015 formation. Oni is enjoying new levels of visibility thanks to projects like Atomic Blonde, the Charlize Theron action movie that grossed $95 million at the box office this year. Heat Vision spoke to Chu about Oni Entertainment’s approach to the company’s back catalog, as well as the reception Oni Games has had since its launch a little over a month ago.

Before taking on this new position, you were an editor on Oni’s publishing side while also working with Oni Entertainment. Was there much crossover between those two jobs?

Part of the approach for Oni Entertainment is treating publishing and film/TV like church and state — we have a firewall in development to separate the publishing and the media side. Basically, it means that when we approach projects for development at Oni for film or TV, we’re doing it organically, rather than trying to shoehorn comics into publishing with the intention of making them into films or TV, if that makes sense.

I look at it this way: the biggest thing for us, in terms of Oni Entertainment, is that I have a bit of sweat equity in [publishing] editorial. The film and TV side of our business is coming from the perspective of being very Team Comics, and wanting to play defense on a certain level in terms of protecting the project and the title, and ensuring that that intent follows through in execution, but also making sure that the voices of the [comic book] creators are part of that. We’re trying to bring the creators in as party to, and participant in, the collaborative process of making film and TV.

That’s not always the case, when it comes to adapting comic properties for other media. How has the reception been to that approach?

We’re figuring it out like everyone else is trying to figure it out as the film and TV business evolves. As somewhat of a boutique publisher with an idiosyncratic line, the way Oni is approaching film and TV is to lean into that curve, and not try to follow trends or the perception of what’s happening in the buyer’s market. If our books are idiosyncratic and doing things that are meant to be chasing after the [mainstream mass audience] zeitgeist — which is what Oni Press is trying to do — then our film and TV projects need to reflect that and double down on that as much as possible.

We have books across many genres and across many target audiences. A lot of our reasons for wanting to go after books is predicated on wanting to work with creators who, we think, have a special voice. In terms of the translation for film and TV, sure, you might hear that the studio or the buyers are wanting this kind of product or this specific thing, but it’s having the confidence and knowing that our library and our bench of creators is deep enough that we don’t have to worry about whether the current flavor is, but knowing that our stuff is great and will be successful in the long run. 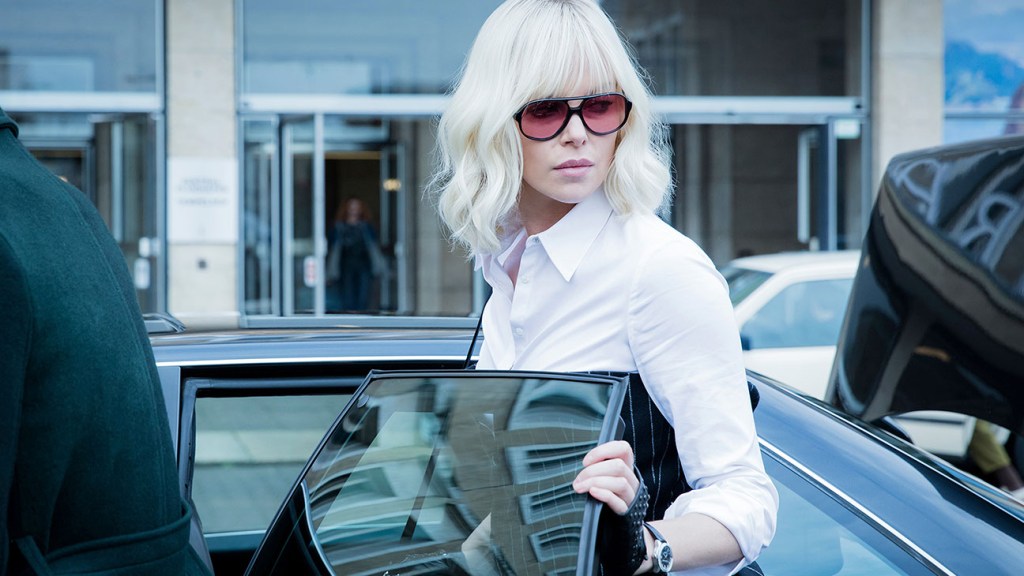 Is there a particular direction or project that you’re looking at? Obviously, this summer saw the release of Atomic Blonde, based on an Oni graphic novel …

At the end of the day, as much as I would want to say, “In a post-Atomic Blonde, post-Wonder Woman world, here’s the next female espionage project we might have,” it’s less about trying to chase the new thing, it’s about knowing, “Here’s what the library looks like now, these are the titles that are coming up, here are some interesting titles in our backlist that might be appropriate for what we think the market looks like.” We’re not going to bend the truth of these titles to chase what the market is looking for.

What is the market looking for these days, in terms of Oni properties?

It’s really fascinating. It’s not as clear as it was a couple of years ago, in terms of things we have being very clearly feature-focused, as opposed to television-focused, or live-action versus animated. For us, each of the projects we’re developing out of our library is unique in terms of process, because conversations are taking us everywhere.

You’re juggling Oni Entertainment with the biz dev side, which is an entirely different beast. How does that work, in practice? What does your day look like?

It’s … all a process [laughs]. It’s a lot of different things, but one of the real strengths of developing Oni’s properties on the non-publishing side of things is that the 20-year library of titles that James [Lucas Jones, publisher], Joe [Nozemack, founder] and everyone have created is so diverse, so table-top games or getting to do something like a plush toy based on a character that we have, it’s a lot of challenges, there’s a lot of business partners for us to work with, but it’s always very organic. I think that’s one of the things that makes it very exciting. It’s very easy to run this side of things in a way that you approach biz dev in a unilateral way, where with Oni — whether we’re doing a book for the [comic store] market, the bookstore market, the library market, even a book from our erotica line Limerence — the development process on the business side can take you in far more interesting directions than you might expect upfront.

Our push into table top through the Oni Games imprint, for example, has been interesting because, ultimately, that came down to the fact that we’ve been exhibiting at places like GenCon and shows like PAX, and just seeing that the board-games market has grown — and also that, hey, we have a library of titles that could be fun board games, and also wouldn’t look like your fantasy, zombie, sci-fi paradigm in the board-game market. We saw a way to bring our properties into a market where they could feel like a breath of fresh air.

Oni Games is just over a month old, at this point. What has the feedback been, to its launch? I’ve seen the comics side of the business be excited about the expansion into gaming, but has the gaming business been as welcoming?

It’s been phenomenal. I’m relatively new to the world of table top, I’ve only really gotten into it in the last three or four years as we’ve been exhibiting at shows like GenCon and PAX. I’ve been fascinated by how much business is done in board games, and how much this business has grown every single year. The imprint, reaction on the business side in talking with publishers, has been great. In a marketplace where people are succeeding with original IP, the idea of doing licensed titles … Your big fish, Star Wars, Game of Thrones or whatever, are spoken for, but the kind of titles that Oni publishes — that already have massive art assets and narrative — offer great vehicles to make great games.

How do these deals come about? Are you hunting down prospective partners, do they come to you, or … ?

A lot of this business comes from fairly organic relationships that have grown quietly over the years, rather than this being a “business bro-y” approach, if that makes sense. For a company like Oni, a good thing about doing conventions — beyond selling books and introducing the Oni Press line to a new readership — is that they serve as great home bases for us to take meetings, talk about our library and what other people are up to, cementing relationships.

That’s a recurring theme in what you’re saying, I think; the relationships, whether it’s with business partners or with the creators of the properties you’re working with. You talked about playing defense for the creators …

Philosophically speaking, from the 50,000-foot view, I look at my position at Oni as being very simple: It’s about diversifying our revenue streams both for the books that we publish and the creators we work with. So, talking about making movies, TV shows, board games or toys, any kind of item — at the end of the day for Oni, they’re an elaborate and direct brand extension that serves as a way of marketing and promoting the books themselves. A creator’s going to spend all this time making this title; we want to be able to maximize their ability to profit off that work.