Portland, Oregon, publisher Oni Press has enjoyed a good 2018 to date, with the publication of the critical hit My Boyfriend Is a Bear and the addition of Sarah Gaydos as editorial director of licensed publishing. The company will be looking to build on that success with its spring 2019 catalog, which Heat Vision unveils.

The six titles span genres, topics and audiences — from the all-ages fantasy Pilu of the Woods to the YA guidebook A Quick & Easy Guide to Queer & Trans Identities, all the way through the adult-oriented Vietnam War story Guerrillas. The books will be published beginning in February, but advance review copies of two titles — Pilu and Cretaceous — will be available starting June 21 at New Orleans’ ALA Annual Conference at booth 457. 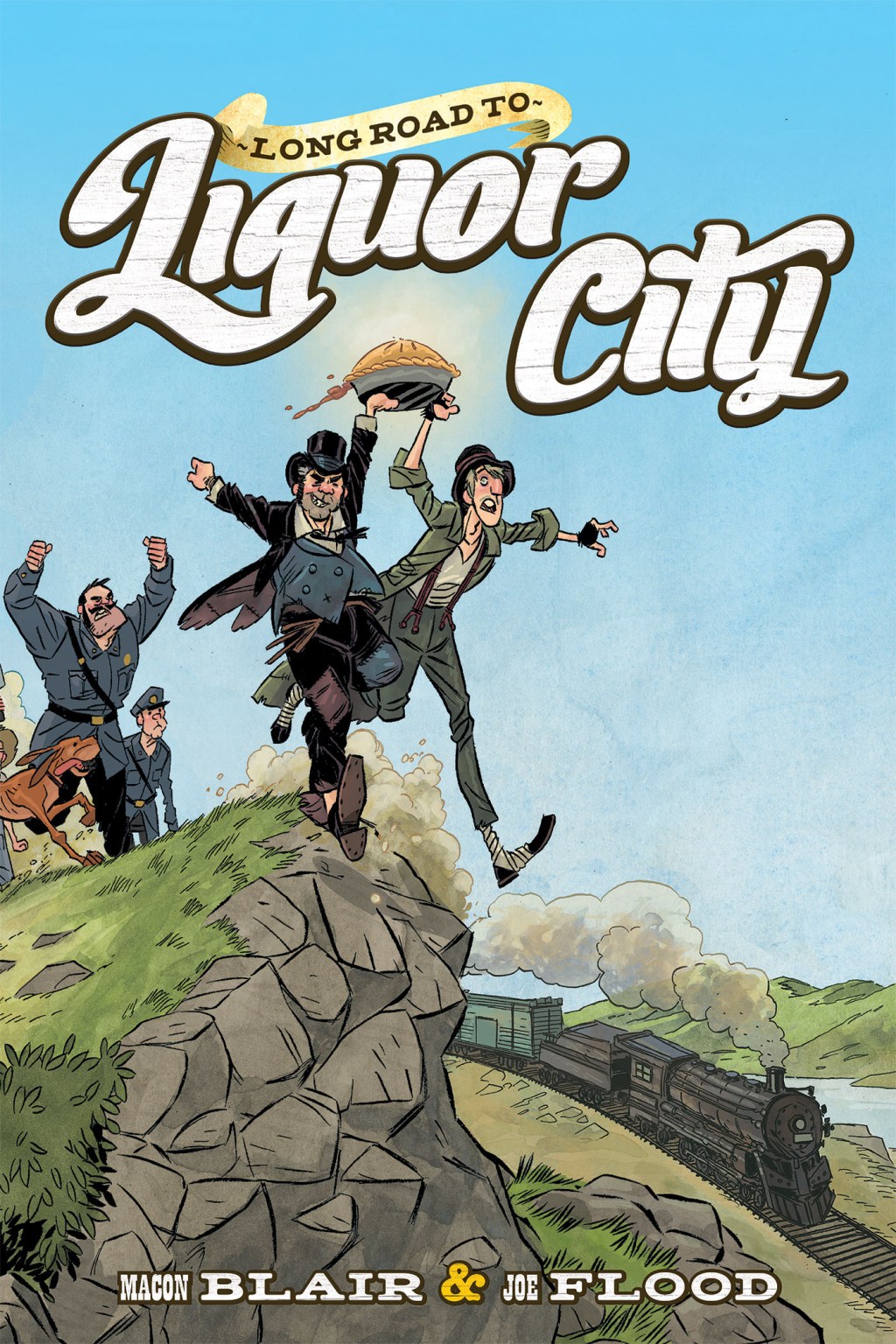 A collaboration between filmmaker Blair (I Don’t Feel at Home in This World Anymore) and artist Flood (First Second’s Science Comics), Long Road to Liquor City follows two hobos as they search for the mythical Liquor City, pursued by a rail-yard sergeant who believes they’re responsible for his wife’s death. Calling it “a passion project of ours for 10 years,” Blair says that the graphic novel “began as a ‘hobo comedy adventure,’ but with time I’ve come to see it as a love story. All our train-hopping heroes have in the world is each other, no amount of moonshine or hot dogs can change that, but being road partners is hard stuff and the fun of this book is putting their relationship to the test in increasingly dangerous ways. We always wanted to balance the laughs with heart.” (Feb. 20) 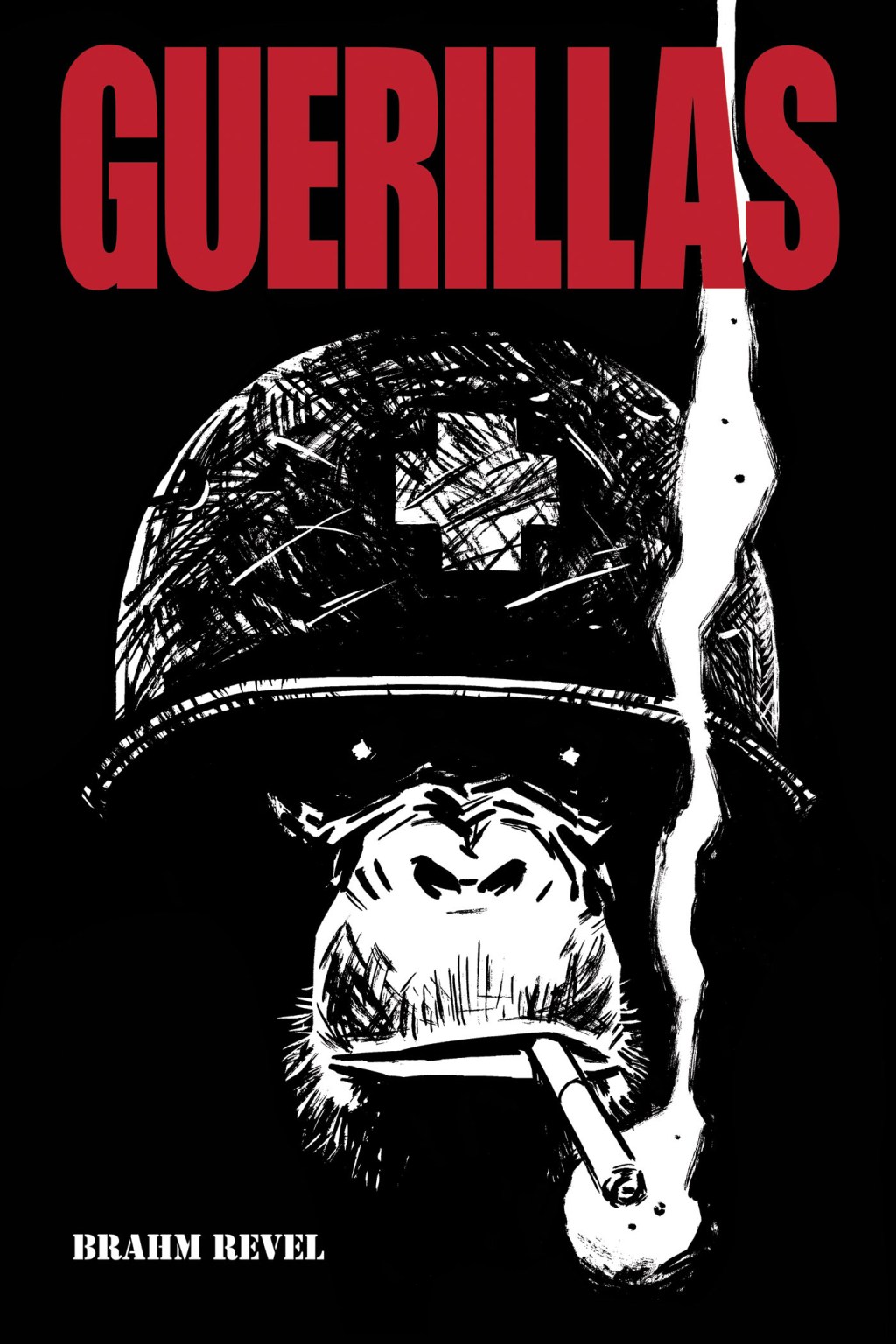 The critically acclaimed series by Venture Bros. storyboard artist Revel is collected in one edition for the first time, telling the full story of what happens when a private on his first tour of duty in Vietnam discovers an elite platoon of ape soldiers. “All said and done, Guerrillas took me almost 10 years to complete,” Revel explains. “Luckily, it was a story flexible enough to adapt to the changing sensibilities of a maturing artist. What started as a youthful adventure, wandered into ruminations on war, the nature of man, and the relationships between fathers and sons. All that and monkeys, too — not so bad!” (Feb. 27) 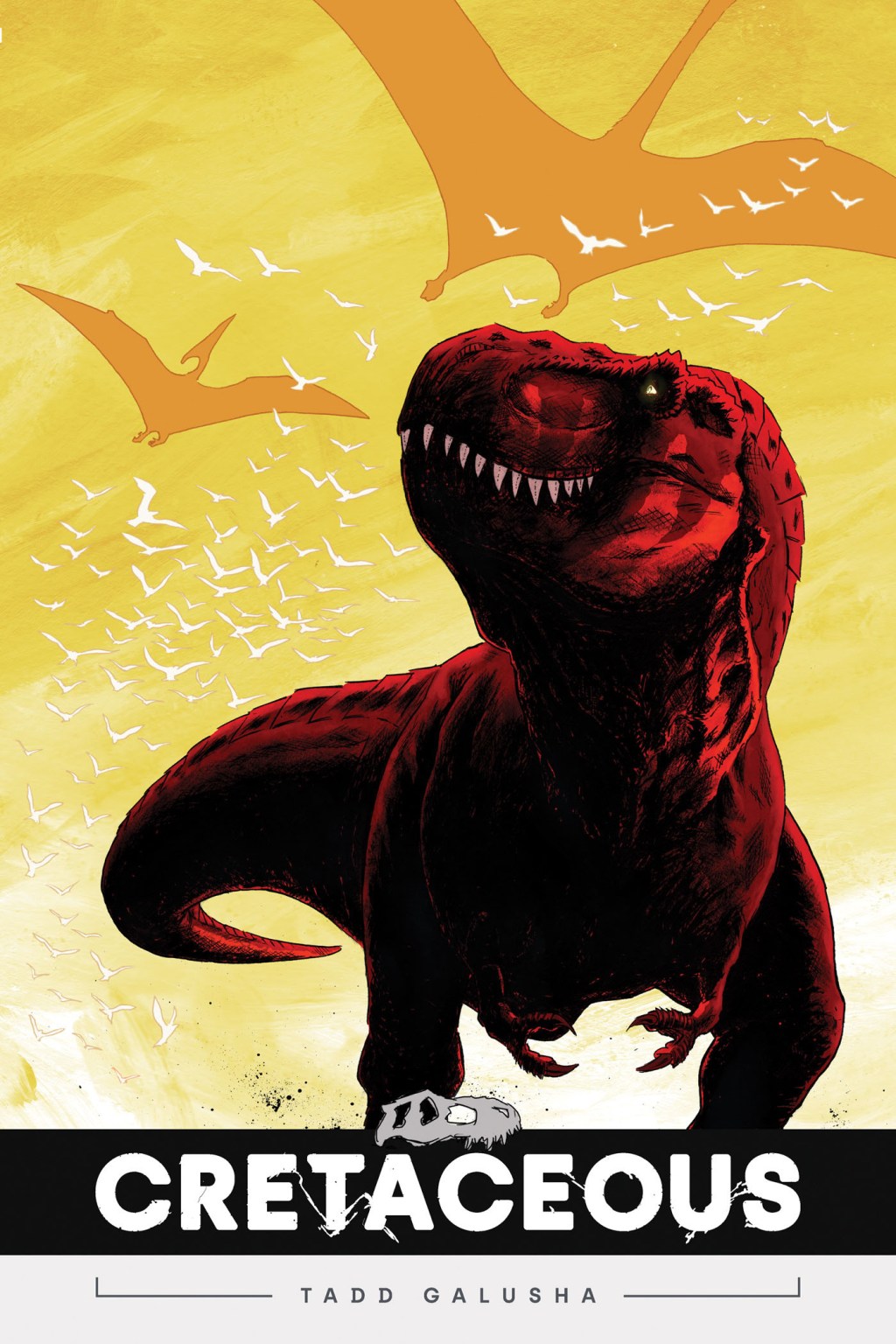 Based on research into the real-life dangers of the Cretaceous period, this graphic novel by cartoonist Galusha (IDW’s Ghostbusters comics) follows a Tyrannosaurus rex as it tries to make its way back to its family. “Dinosaurs were such amazing and startling creatures,” Galusha says. “I’ve always imagined their lives played out as these visceral and turbulent, day-to-day epics across a harsh and unforgiving landscape disguised by nature’s splendor.” (March 27)

Our Super Adventure: Press Start to Begin by Sarah Graley 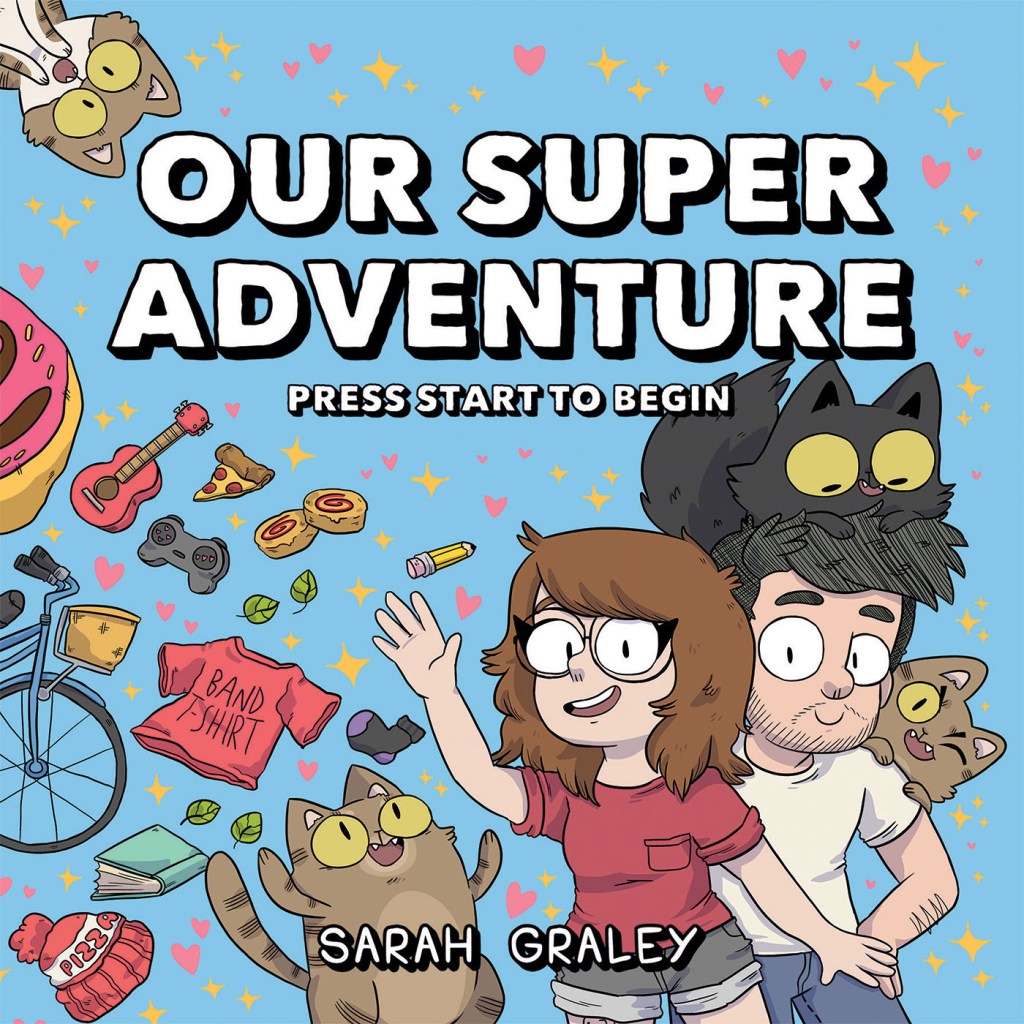 A new collection of the webcomic by Kim Reaper creator Graley, Press Start to Begin lifts the lid on her relationship with her boyfriend (and their four cats). “I’ve been drawing and sharing Our Super Adventure strips online since 2012 about all the cute little everyday moments I have with my partner and our four cats,” Graley says. “We’ve had so many amazing conversations with people who tell us that they’ve experienced similar cute moments in their own relationships! Press Start to Begin is a really sweet collection of personal comics that also holds up a mirror to the sweet dorky moments that we all seem to experience during everyday life with a loved one.” (March 27)

Pilu of the Woods by Mai K. Nguyen 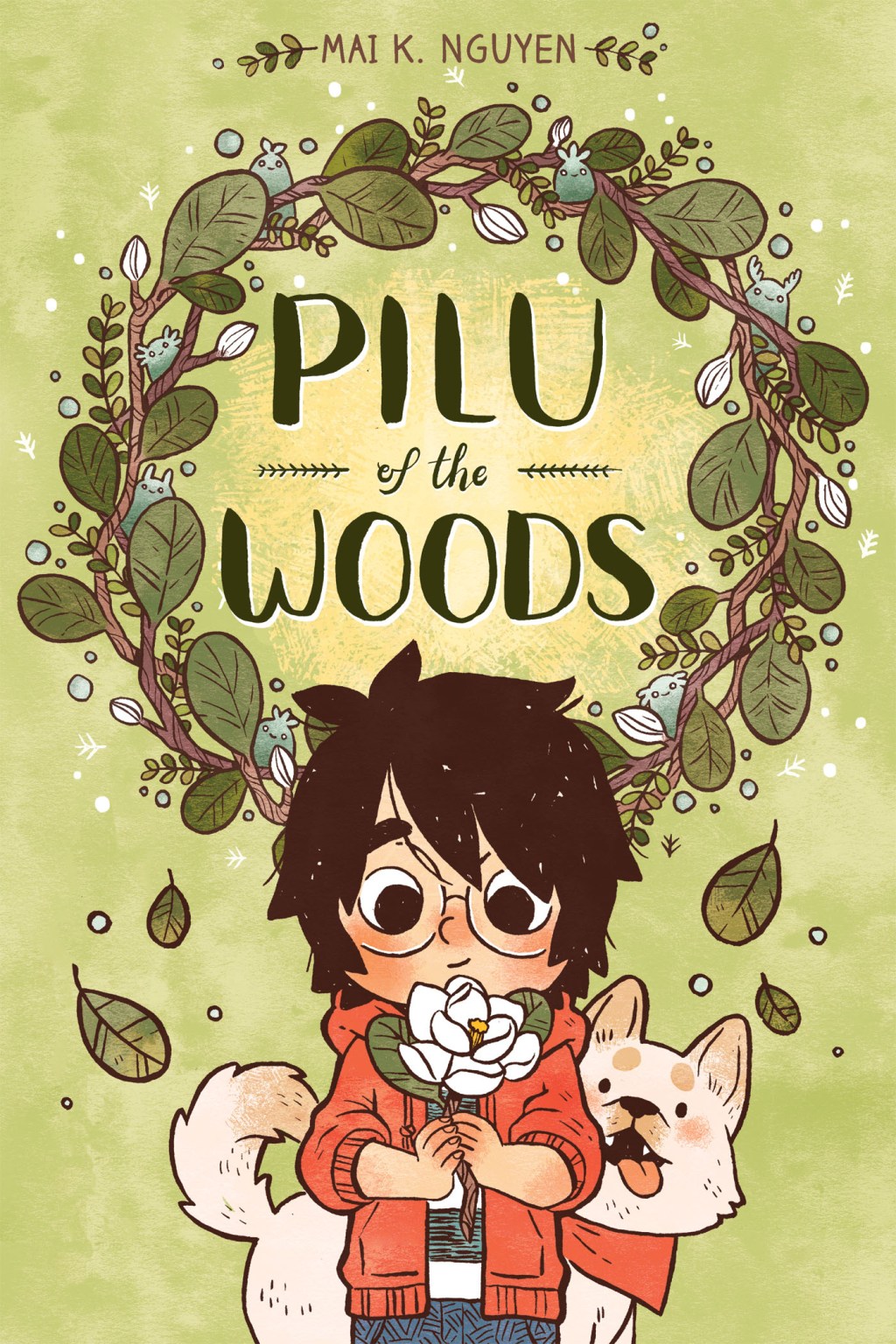 Created by web cartoonist Nguyen — discovered by Oni via its 2015 open-submissions program — Pilu is about the relationship between Willow and Pilu, a lost tree spirit who can’t find her way home. “With Pilu of the Woods, I wanted to show how the kindest thing you can do for a grieving heart is to embrace your emotions, both good and bad, and to open yourself up to the people that you love,” Nguyen says. “I hope readers of all ages find Willow and Pilu’s journey through the woods to be an uplifting adventure.” (April 17) 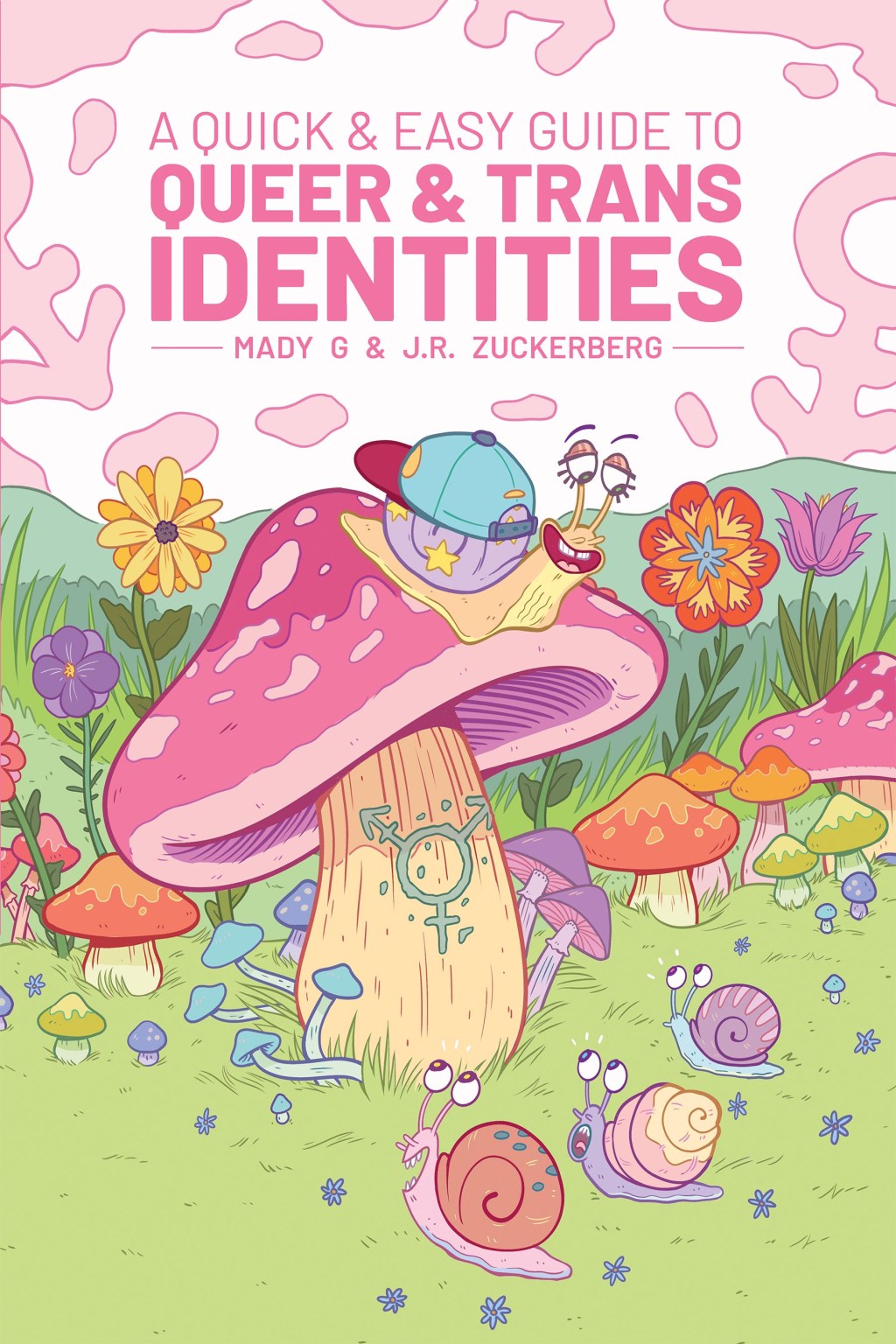 Containing comics, interviews and even worksheets, A Quick and Easy Guide acts as an introduction to, as the publisher puts it, “the basics of the LGBT+ world.” According to artist Zuckerberg, “This book can be a space for inquisitive young individuals to reflect and find themselves, and can also be a powerful educational tool for parents, teachers, siblings and other inquisitive allies who want to gain a better understanding so they can support the queer and trans people in their lives.” (April 24)