Whether it is publishing Eisner Award-winning graphic novels or books about romancing bears that get optioned by movie studios, Oni Press is enjoying a good 2018. The Portland, Oregon-based publisher is looking to build on that success with its summer 2019 slate, which The Hollywood Reporter is revealing, below.

As with its spring 2019 slate, Oni is pushing at expectations and the boundaries of genre with its summer lineup, announcing seven graphic novels aimed at readers from young and old, with subject matter going from phantom pigs through sexy superheroes — with Dream Daddies, little witches and racist wizard schools in between. Here’s what the indie publisher has upcoming.

David Cronenberg on U.S. Politics: Canadians "Think Everybody in the U.S. Is Completely Insane" 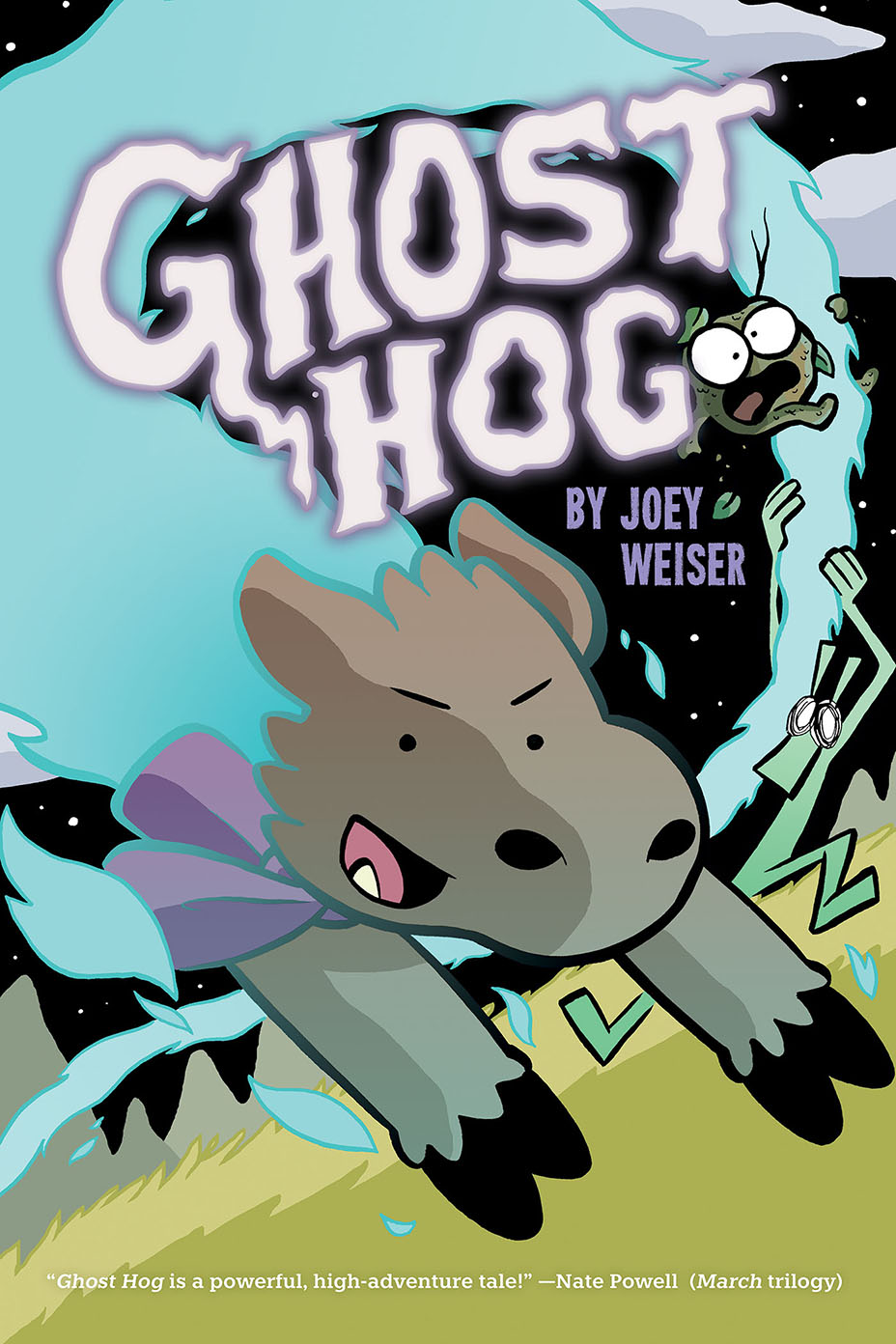 The ghost of a young boar has to choose between saving her surviving friends and family and finally getting vengeance on the hunter that killed her in the new graphic novel by Mermin creator Weiser. “Ghost Hog is a little darker than my previous work, by virtue of its premise, but my challenge to myself was to still make it fun and engaging all the same,” the cartoonist said. “I’m very excited to share Truff and her world with readers!” (May 7, Middle Reader) 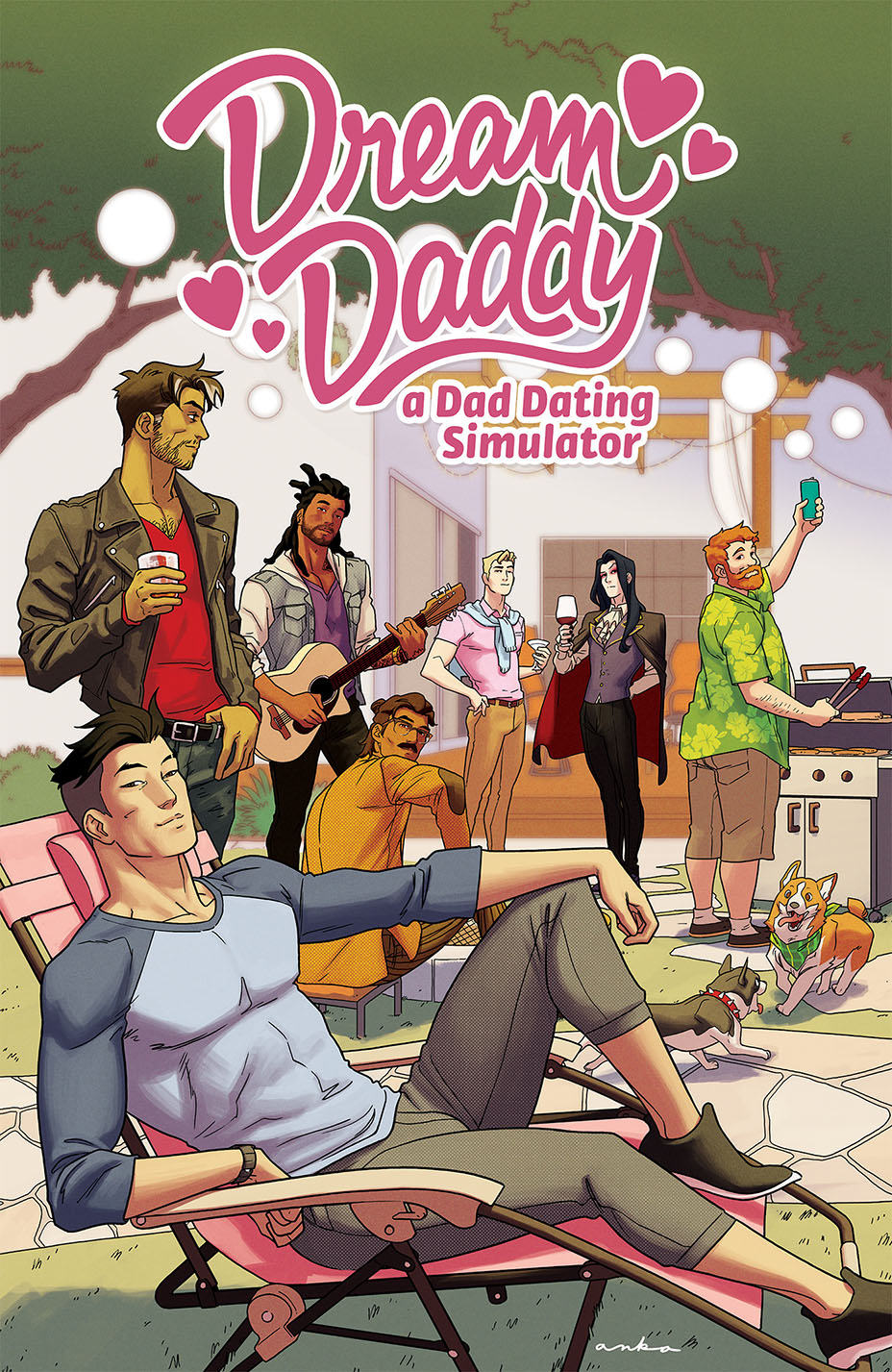 ?
A collection of the digital comic book series based on the cult video game, from a number of creators including game co-creators Leighton Gray and Vernon Shaw. “Being able to flesh out and continue to play in the Dream Daddy universe with Oni Press, getting to see Maple Bay through the eyes and words of all the talented people who worked on this series, and have it all come together in a gorgeous trade paperback is just indescribable,” Gray said about the project. Shaw added, “I’m so excited that we got to help fun make stories that were important to so many people!” (May 14, Teen) 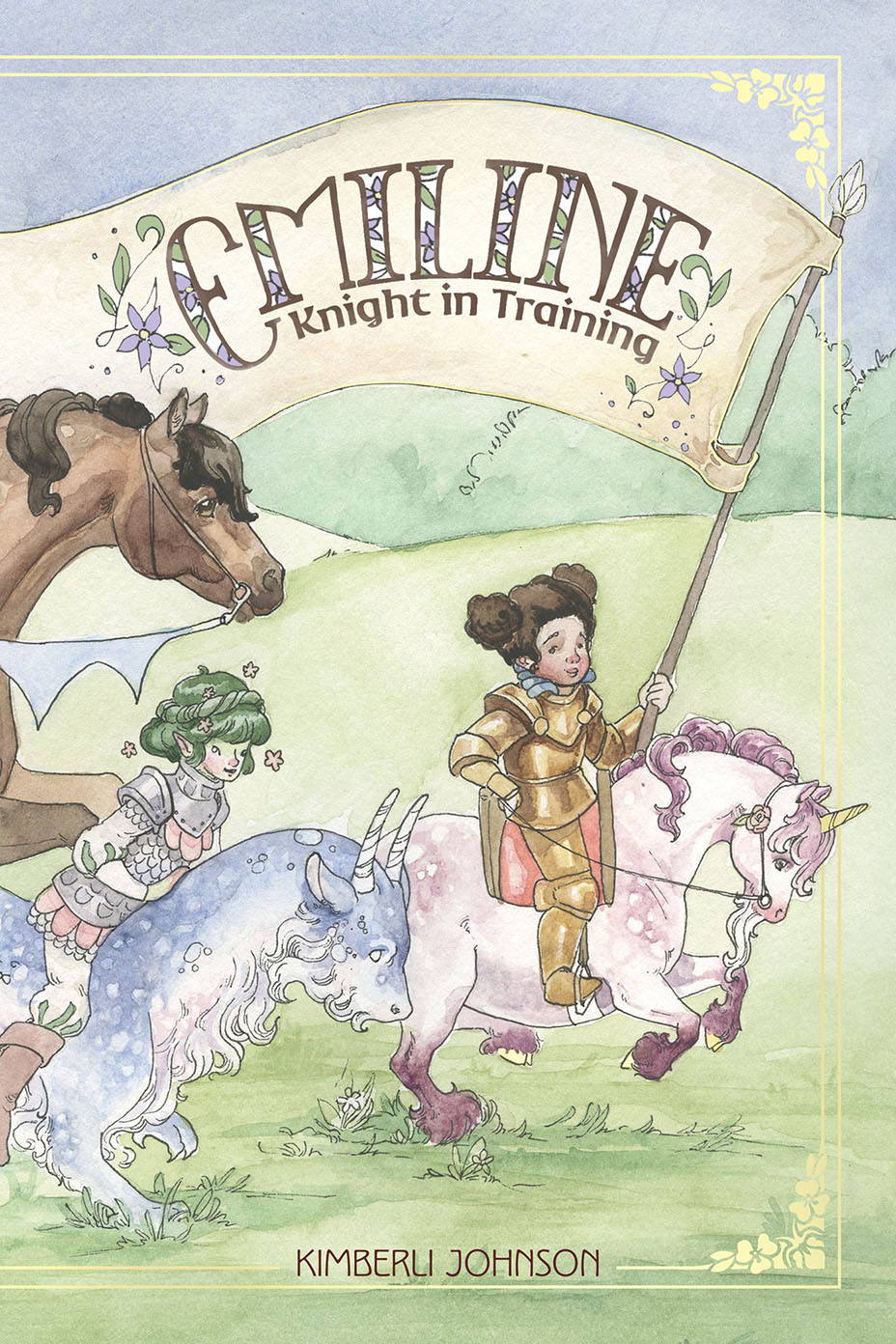 ?
There are all manner of skills necessary to be a good knight — sword fighting, unicorn fighting and PB&J eating, to name just three. But Emiline has trouble with reading, until she has to deal with some magic words to save the day. “Oni Press is so wonderful to work with, especially my editor Ari [Yarwood], who is such a lovely person,” Johnson said. “It is a dream to be making comics for young readers and I feel that you can really have fun with the story and art for children. I get to draw knights and unicorns all throughout the book! It is so much fun!” (July 9, Children’s) 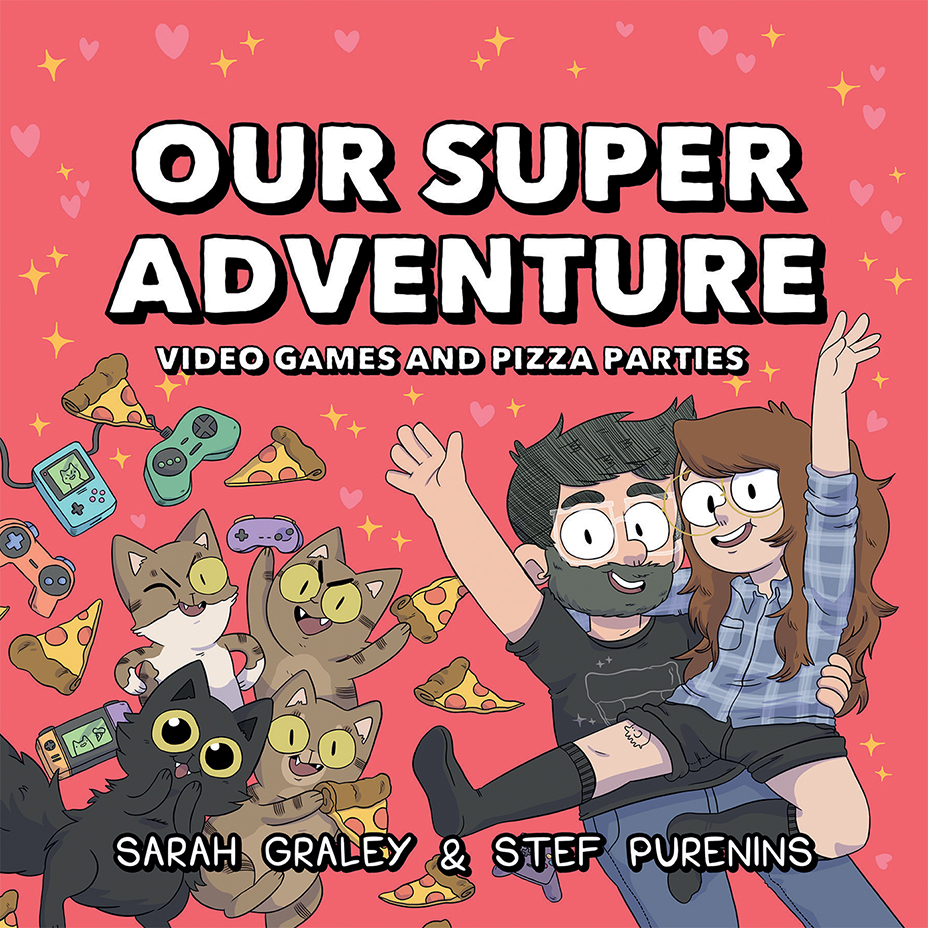 ?
A new collection of Graley’s popular webcomic continues to focus on the all-important small things about her life with partner Stef and their four cats, Pesto, Toby, Pixel and Wilson. “The first Our Super Adventure collection was so much fun to make, so we just kept making comics and now we have a second collection of 200 comics, featuring plenty of cute moments involving two nerds and their four wonderful cats, Video Games and Pizza Parties chronicles another three years of our relationship together!” said Graley. (July 16, Teen)

The Black Mage by Daniel Barnes and D.J. Kirkland 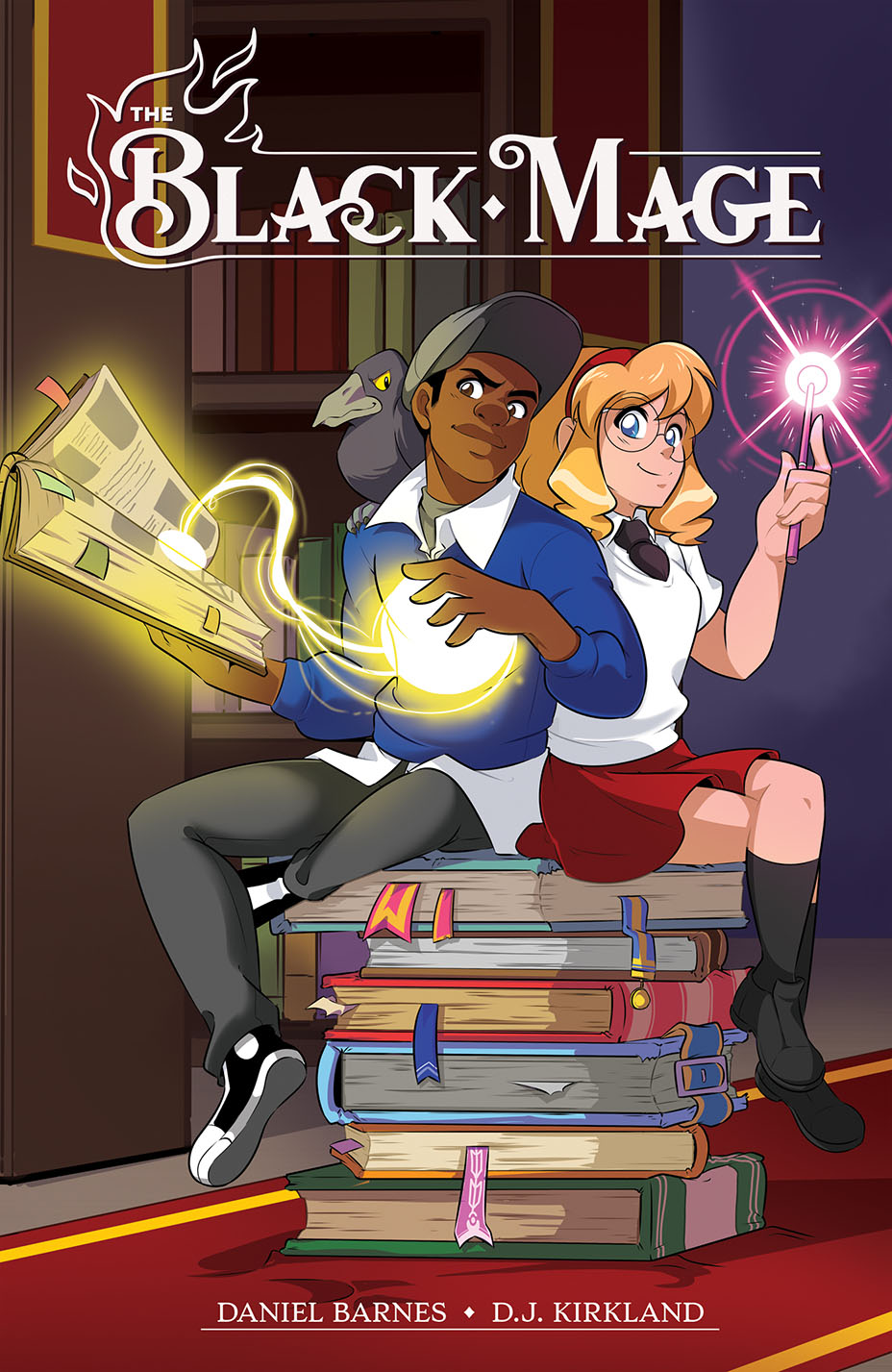 There’s much more than meets the eye going on when a famously white wizarding school finally invites in its first black student under a special “Magical Minority Initiative,” as Tom Token discovers to his increasing dread, as creepy texts start appearing on his phone. Writer Barnes calls the book “the kind of story my 13-year-old self would’ve freaked out about. It’s what would happen if Harry Potter fused with The Boondocks and started making a bunch of loud Final Fantasy references.” Kirkland added, “Daniel has been an absolute dream to work with, and has encouraged me to really let loose and inject our love of video games, anime and manga, and putting a teenage black boy at the center. We’ve created something really special and I can’t wait for y’all to read it. ” (Aug. 13, Teen) 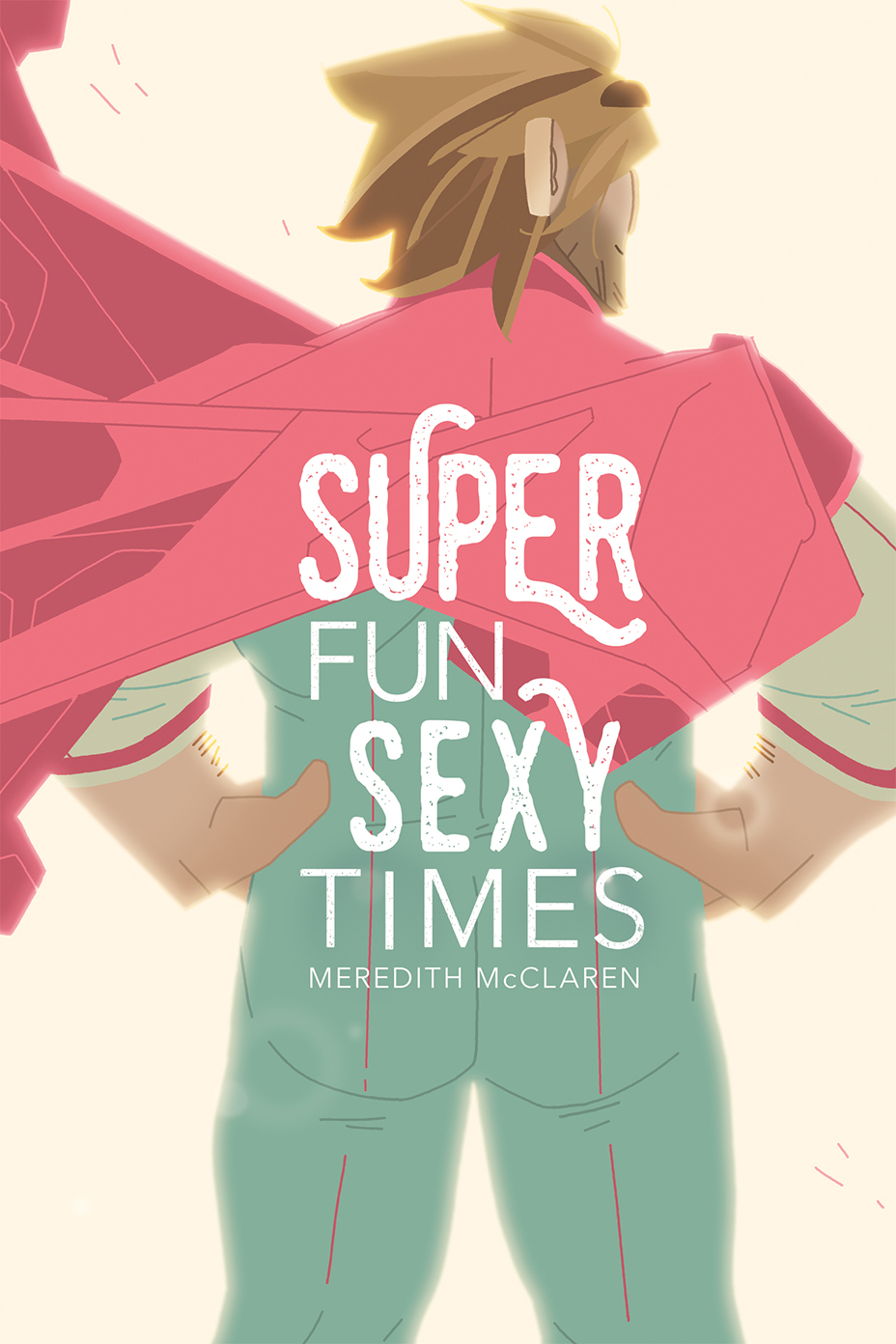 ?
Cartoonist Meredith McClaren mixes superheroes and sexiness in this five-story anthology for adults, mixing secret identities and secret desires, exploring gender identity, role-playing fantasies and more while pushing at the boundaries of the superhero genre (and the fantasies inherent in it). “Surprisingly, this has been one of my more stressful books,” McClaren admitted about the title, released through Oni’s Limerence Press imprint. “Not that it hasn’t been a lot of fun too, but so much of this book has felt like a gift I’m trying to give other people, and all the anxiety that comes from hoping I’ve crafted this gift well. I hope so very much that the book not only entertains, but leaves my readers feeling a little more joyful. That’s all I want, more than anything.” (Aug. 20, Mature) 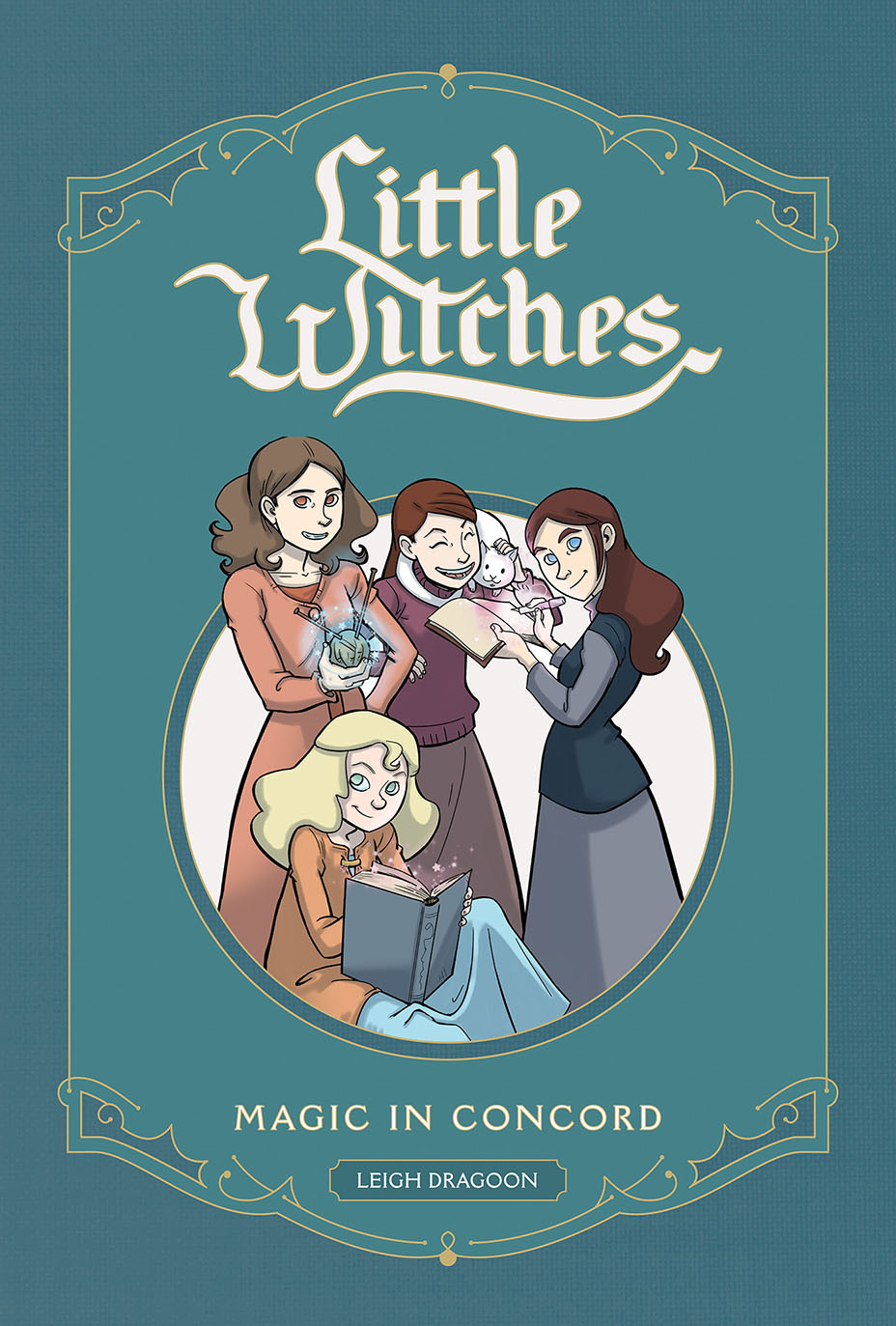 What happens when you mix Louisa May Alcott’s beloved Little Women and supernatural fantasy? The latest graphic novel from The Faerie Path and Champion cartoonist Dragoon. “I’ve been obsessed with Little Women since I first read it as a 9-year-old,” Dragoon revealed. “In the process of developing Little Witches: Magic in Concord, I’ve actually learned a lot more about the book, the character’s relationships, and Louisa May Alcott. I’ve done my best to stay true to the themes of the original book, while also exploring issues that were important to the Alcotts in real life. Finding such a good home for this book has been a dream come true.” (Aug. 27, Middle Reader)