One viewing is simply not enough for the ambitious animated short Opera, an Oscar nominee. Designed as both an art installation and for cinema, Opera unfolds as one continuous take, with the camera moving up and down a pyramid in which interconnected vignettes populated with a range of humanoid characters engage in multiple scenarios simultaneously. What viewers take in depends on where they direct their attention, with scenes that can run from the mundane (workers in a meeting) to the surreal (characters tossing severed heads into a furnace). Overtly allegorical, the work allows Korean American helmer Erick Oh to comment on the ills plaguing humanity, from racial discrimination to the persistent threat of war and terrorism. And the whole thing can be viewed on a never-ending loop. “Opera is a reflection of human society, our life and history, which repeats in a cycle,” says Oh. “The way Opera tells the story is not very linear. It doesn’t follow the conventional narrative format.”

A Pixar alum — he was an animator on both Inside Out and Finding Dory — Oh has directed stand-alone shorts as well as the series PIG: The Dam Keeper Poems, which won the Cristal Award at 2018’s Annecy Animation Festival, and Namoo, a new virtual reality project for Baobab Studios.

Oh says the scope of Opera represents his attempt to capture “many things about life — political conflicts or war or racism or religious conflicts or natural disasters.” He describes the severed-head sequence, in which characters are either imprisoned or killed by a guillotine, as an attempt to comment on how people can be “brainwashed” into hating one another. “Those really stand [for] all kinds of discrimination that exist in our human society,” he says. 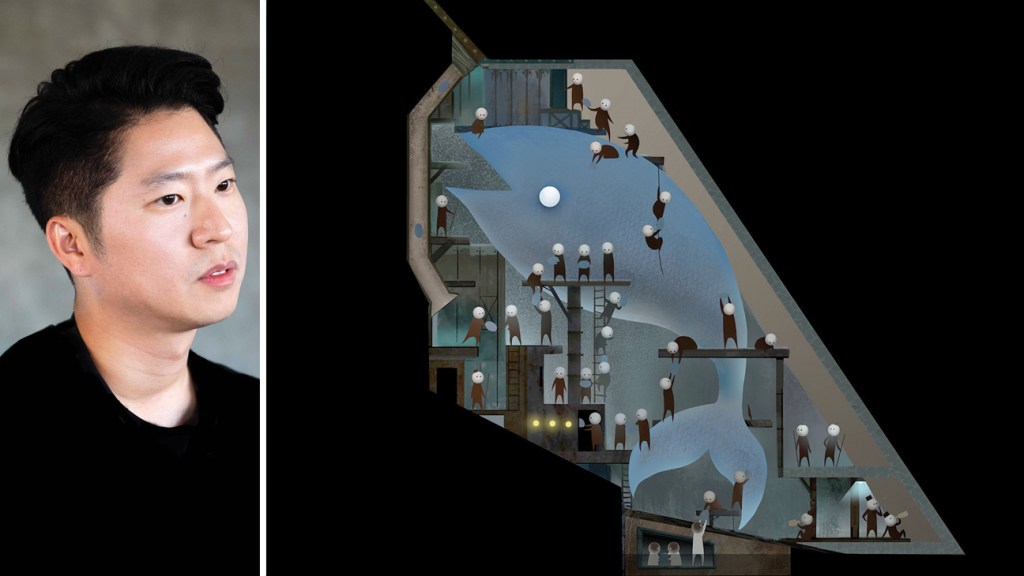 It took four years to make Opera, with the first few months devoted to “building the world,” a process Oh likens to the task of making “an analog clock” that wouldn’t work unless all the various gears are properly synchronized. Once he had mapped out his world, Oh enlisted friends and colleagues to animate 24 individual sections, which were then effectively composited into its final whole.

Oh says there are essentially two ways to view Opera. As an art installation, the idea is that the viewer can “walk into this physical space, there’s Opera projected on the wall, and it just loops. And then you just get to walk around and get closer to it, observe and watch a couple of times. And the other way is a cinematic experience.” (ShortsTV is now showing all of this year’s Oscar-nominated shorts, including Opera, nationwide in select theaters and virtual cinemas. Meanwhile, various installations of Oh’s short are in the planning stages.)

He adds: “The purpose and the goal is to give the audience a full freedom where to look and where to focus and create their own story in the piece.”