It’s a little discombobulating to sit in an Oscar de la Renta show in February and not think a few times, “That’s a perfect gown for the Academy Awards.” New York Fashion Week traditionally has taken place prior to Oscar night, but not this year. Though if anyone believes a collection’s debut the day following the Oscars might take the pressure off a designer’s thoughts of red carpet placements, they would be mistaken.

“We were very lucky in having it sorted out early on,” Garcia said Monday night. “We took our chances with Scarlett back in August, before any nominations had been announced. We said, ‘Let’s just hope for the best,’ and she was nominated twice.”

Party and red-carpet dressing has always been firmly rooted in the brand’s DNA, partly due to the social life of the man who founded his eponymous label in 1965. A year later, Oscar de la Renta and his first wife, Francoise, attended one of New York’s most famous parties, Truman Capote’s Black and White Ball at The Plaza Hotel in 1966, and that moment was the jumping-off point for the fall 2020 collection, Garcia said. “It was really inspiring, but we didn’t feel connected to it, because we didn’t live in that era,” he explained. “So Laura and I started thinking about us and what felt like us, and what came to mind was Disney and Fantasia and the idea of The Sorcerer’s Apprentice. If you think of Mickey chopping up everything and making a ruckus, that was Laura and I in the atelier.” 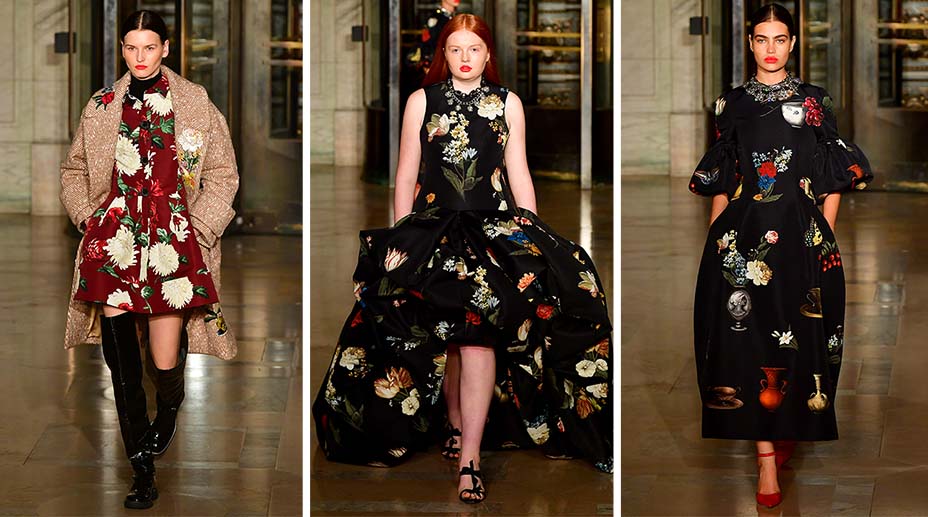 Kim and Garcia always find ways to honor de la Renta in their collections, so for fall 2020 they positioned themselves as the apprentices to his sorcerer, conjuring daywear and party dresses featuring elements that felt true to the brand: floral prints, smart coats, the playful volume of a silk-faille ballgown. Several pieces, however, were changed up, or chopped up, much like Mickey’s apprentice did with that wooden broom. Several gowns and dresses were crafted with exposed corset boning (an idea also seen on Johansson’s dress Sunday night), while asymmetrical draping also was fashioned so only a portion of a beaded bodice could be seen.

The fireworks Mickey’s apprentice creates with his spellcasting also were much in evidence as inspiration, from a fil coupe gown emblazoned with bursts of embroidered sparkle to the tulle pleats or golden feathers that erupted from strapless necklines to create a flurry of detail at the neck and shoulders. “It was just about having fun and making as many beautiful and inspiring clothes as we possibly could do,” added Garcia. Bella Hadid, who opened the show in one of the color-blocked daywear looks, certainly seemed like the epitome of fun in the finale, wearing a short hooded cape of bright pink ostrich feathers over a matching silk velvet dress. 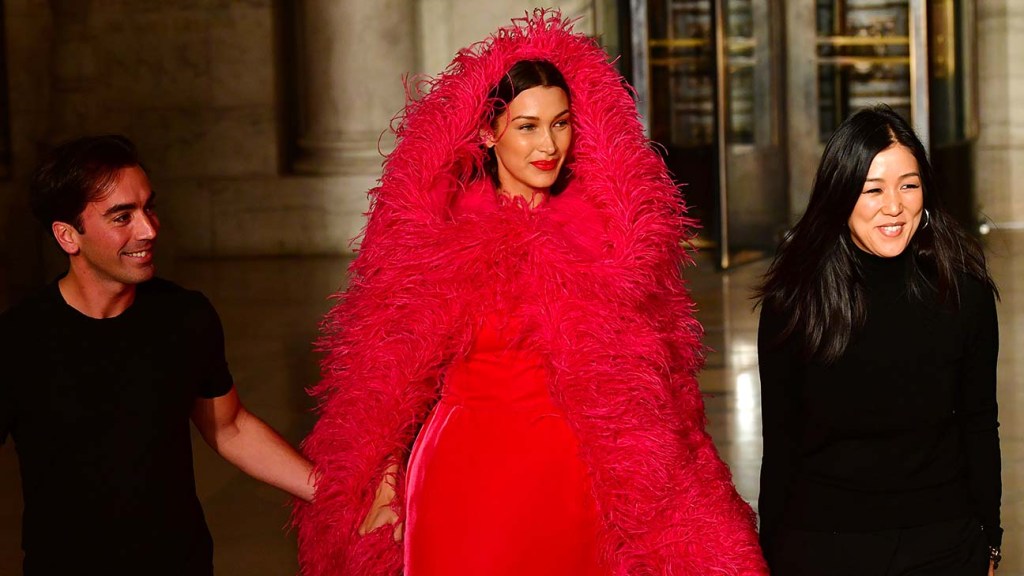 Amid such inspirations, practical ideas also could be found. “Because I’m a woman who wears clothes, I’m constantly updating how you should feel in these clothes,” Kim said. “There’s definitely more stretch, for example.”

Conversations about sustainability in fashion have taken place throughout this New York Fashion Week, and Kim noted the idea is only growing at Oscar de la Renta. “We make sure all the materials are sustainable — not completely at this point, but we’re working on it,” she said. “Every season, we’re making more progress.”

The man who founded the brand, who loved his garden as much as he loved a beautiful dress on a woman, surely would approve. Said Garcia, “We just really wanted to have fun and create a party collection for Oscar.” 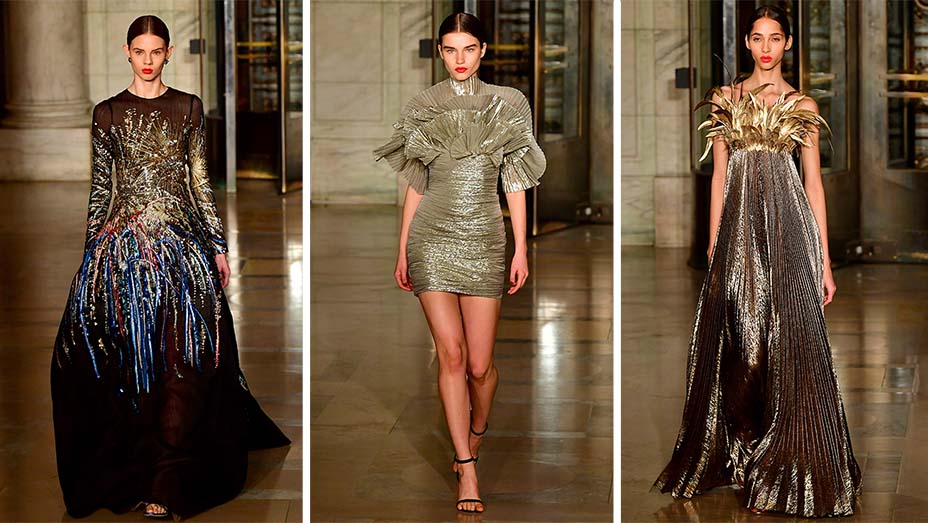