Writer-director Ramin Bahrani’s The White Tiger journey began four years before the acclaimed 2008 novel hit stores. Author Aravind Adiga slipped early chapters to the filmmaker, his former classmate at Columbia University, and he was immediately hooked. “It was so alive and so funny,” recalls Bahrani.

More than a decade later, Adiga asked Bahrani to adapt his novel, and that script has now earned Bahrani an Oscar nomination for best adapted screenplay. Adiga told the filmmaker to change whatever he wanted to in the story — about a poor young man from an Indian village who becomes a driver for a wealthy family in Delhi, a job that has life and death consequences. But unlike with Bahrani’s past films, the novelist would not read the script. Nor would he see the movie, as he found it hard to watch interpretations of his work.

Bahrani was so eager to start writing White Tiger that just one day after delivering his 2018 film Fahrenheit 451 to HBO, he went to work at his favorite New York coffee shop. The 140-page first draft poured out of him. The second draft was harder, shrinking to 120 pages, which meant cutting beloved elements from the book and fleshing out certain characters. “It’s a hard book to adapt because it’s a first-person narrator,” says the filmmaker. “You don’t know what the other characters are thinking.” 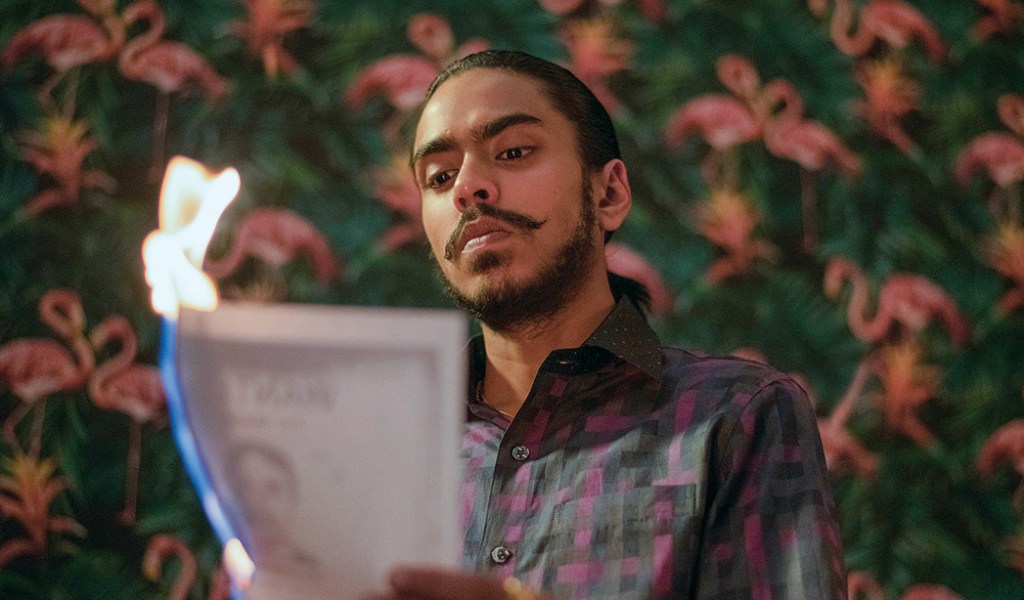 He also played with the structure. In the novel, the protagonist, Balram, reveals a shocking secret in chapter one, but Bahrani pushed that revelation toward the end of the story. And perhaps most importantly, he had to capture the fun of the novel while exploring its complicated social and political elements, such as why Balram (Adarsh Gourav) doesn’t rebel against his master, particularly in a scene in which he signs a forced confession. “The servitude has been ingrained into his soul and into his mind,” notes Bahrani. “[The scene] was rife with complex character work between him and his master in a way I hadn’t seen in other movies before.”

Bahrani, who came up in independent filmmaking in New York, often faced hurdles getting funding and support for his work, despite critical acclaim for projects such as 2007’s Chop Shop (which, after its debut at Cannes, appeared on many of the year’s top film lists). A decade ago, he decided he wanted to take a stab at making a Hollywood movie (At Any Price, starring Dennis Quaid and Zac Efron) and found himself facing certain prejudices. In the early days of shopping the project around town, the Iranian American director’s agent was repeatedly asked whether Bahrani could speak English.

As for his old friend, Adiga, the author decided to watch White Tiger after all. Says the newly minted Oscar nominee, “Thankfully, he liked it a lot.”