Navigate your way to behind the velvet ropes at the top entertainment industry events with the Oscar parties 2018 guide. 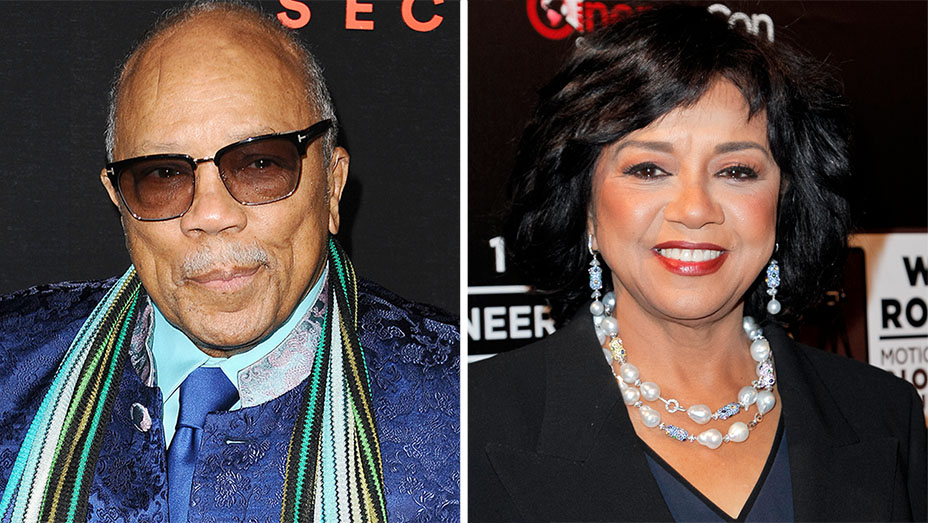 Oscar Week: Documentaries
Samuel Goldwyn Theater, 8949 Wilshire Blvd., Beverly Hills
Hosted by Academy documentary branch governors Kate Amend and Roger Ross Williams, this evening will shine a spotlight on all the films in the documentary feature and short categories. Selections will be presented in an evening of clips and onstage discussions with the filmmakers (schedules permitting).

Oscar’s Sistahs Soiree
Beverly Wilshire, 9500 Wilshire Blvd.
Alfre Woodard hosts this annual gathering that features her friends, colleagues and peers in the business as they come together to honor women of color. Honorees include Mary J. Blige (Mudbound); Octavia Spencer (The Shape of Water); and the cast of Girls Trip, Queen Latifah, Jada Pinkett Smith, Regina Hall and Tiffany Haddish. 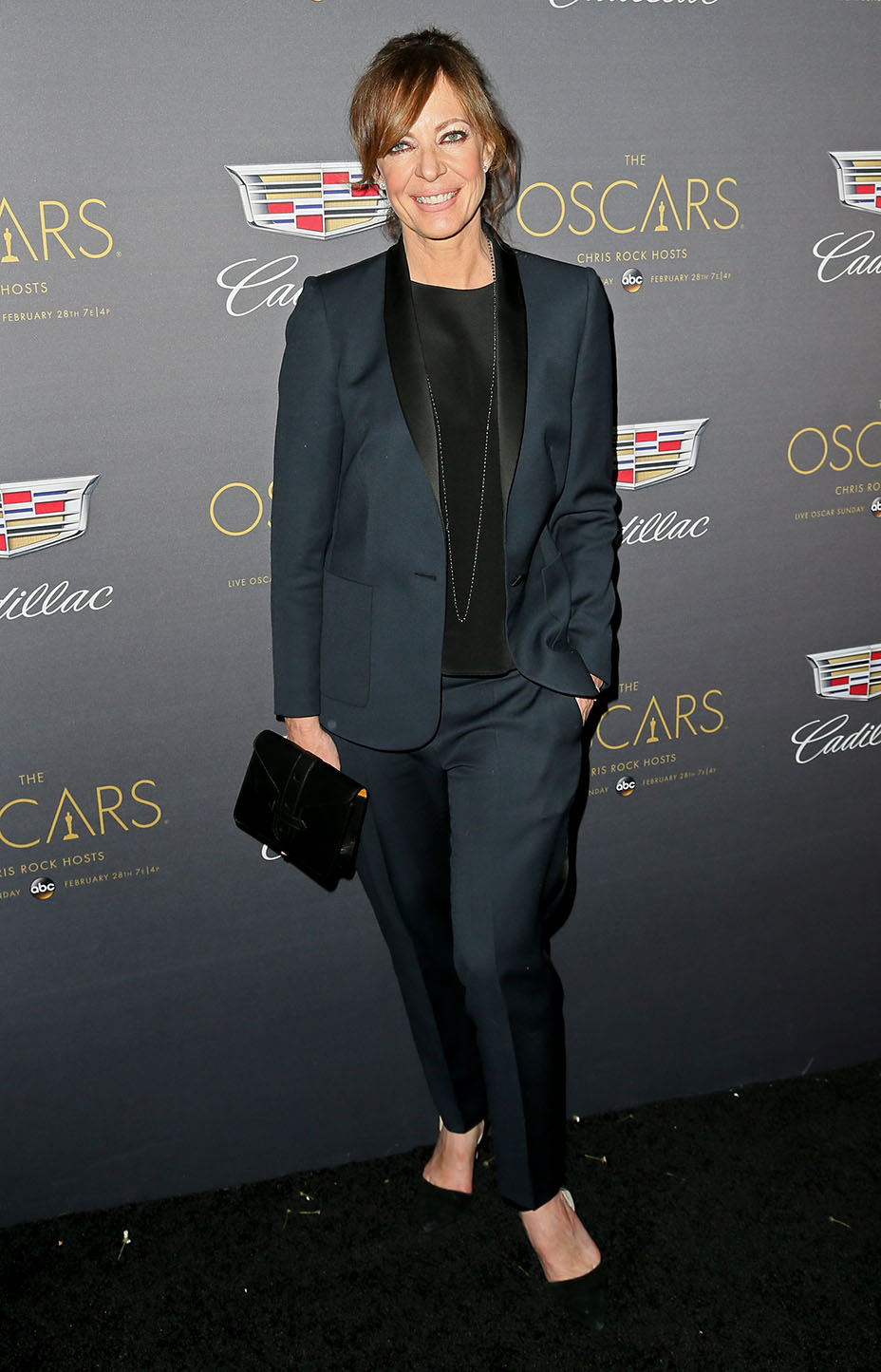 Verve
Paloma, 6327 Hollywood Blvd., 7-10 p.m.
“Please join us in celebrating all of our Verve voices,” reads the invite for this awards season party put on by the agency for its nominees and friends.

Vanity Fair and Lancome Paris Toast Women in Hollywood
Soho House, 9200 Sunset Blvd., West Hollywood, 7-10 p.m.
Hosted by editor Radhika Jones and filmmaker Ava DuVernay, the event celebrates powerful and inspirational women in the entertainment industry. Party with a purpose: A donation will be made to Time’s Up on behalf of all in attendance.

Belvedere Vodka X Fem The Future
Catch L.A., 8715 Melrose Ave., West Hollywood, 12-3 p.m.
Janelle Monae and Belvedere are hosting an interactive brunch “celebrating #FemtheFuture and voices of the next generation,” says the invite, which includes a panel discussion. Confirmed to attend: Lupita Nyong’o, Lena Waithe and Alicia Quarles. Monae is hot off the release of two new tracks and videos from her new album, Dirty Computer.

11th Annual Women in Film Pre-Oscar Cocktail Party
Crustacean Beverly Hills, 9646 S. Santa Monica Blvd., Beverly Hills, 6-9 p.m.
The roster of 2018 female Oscar nominees will be feted at this annual event which will be co-hosted this year by Cathy Schulman and last year’s best actress winner Emma Stone. Notable news: The event is being held to coincide with the opening night of the iconic and newly-renovated Crustacean restaurant, once a hot spot in the 90210. Presented by Max Mara (for the 11th year) and Lancôme with additional support from Crustacean Beverly Hills, Johnnie Walker, and Stella Artois, the party honors all 49 women who are nominated. 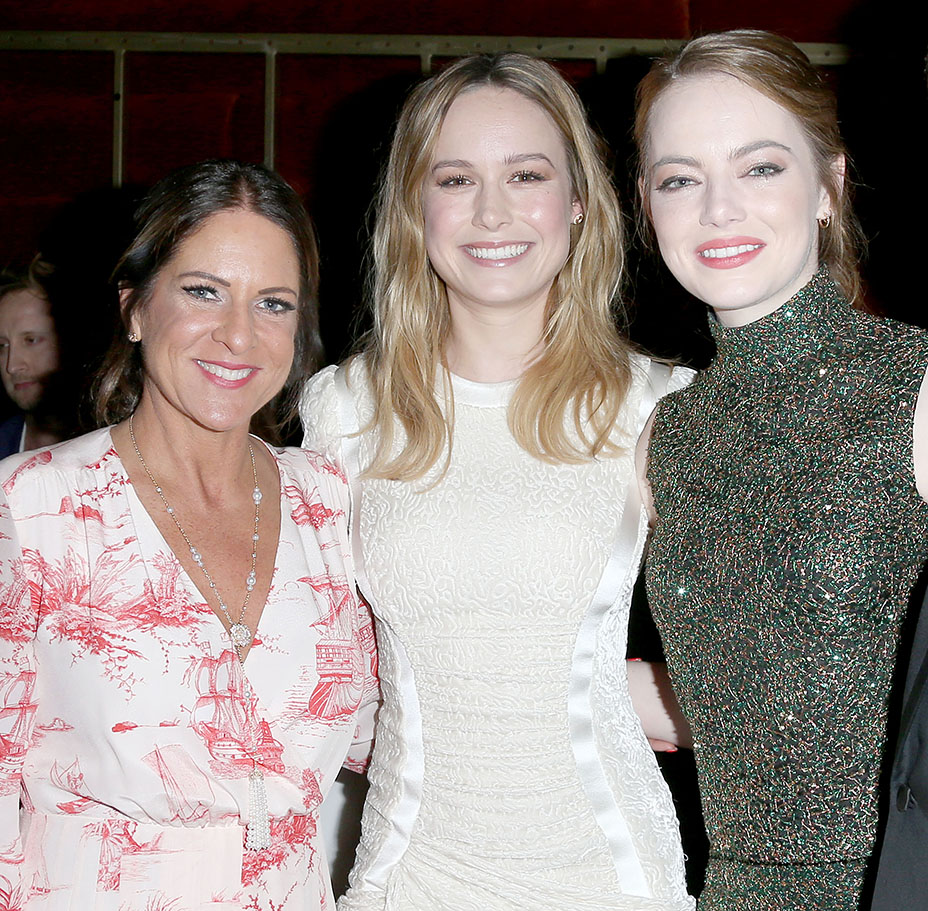 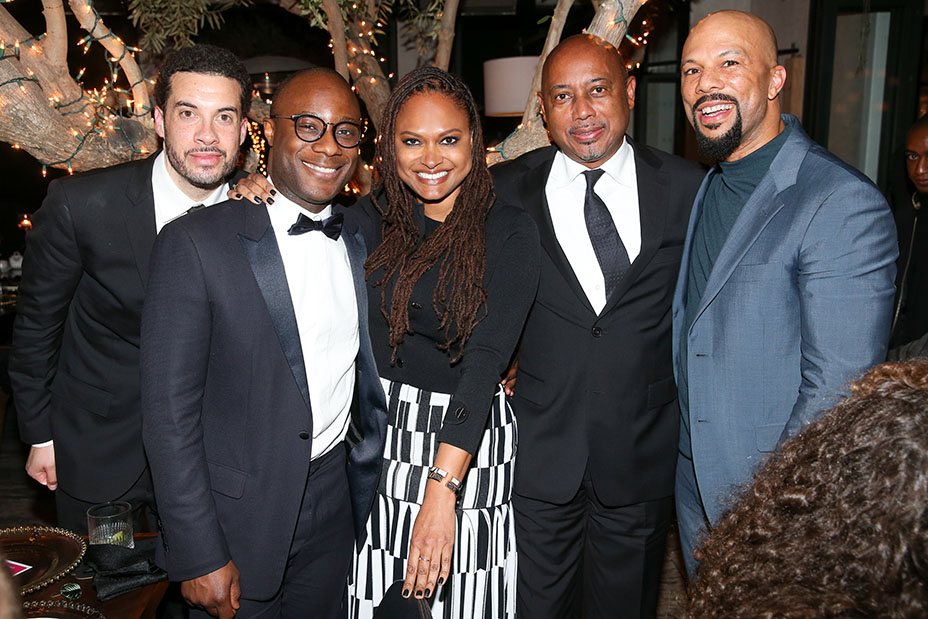 Oscar Week: Foreign Language Film
Samuel Goldwyn Theater, 8949 Wilshire Blvd., Beverly Hills, 10 a.m.
Hosted by Academy producers branch Governor Mark Johnson, this event will feature directors of the nominated films in the foreign language film category (schedules permitting) on hand to discuss the challenges of the profession and how they got their stories to the screen. The program will include clips from each of the nominated films. 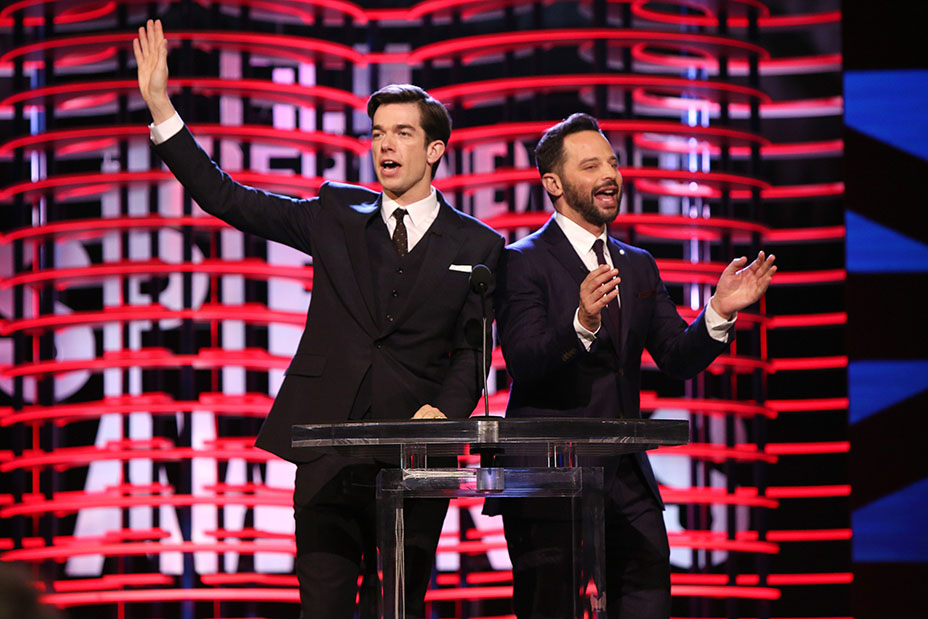 Call Me By Your Name Dinner
Nordstrom Local, 8401 Melrose Place, Los Angeles, 7:30-11 p.m.
This invite-only seated dinner (at the newly opened retail concept store) will play host to Sony Pictures Classic’s co-presidents Michael Barker and Tom Bernard, director Luca Guadagnino, Timothee Chalamet, Armie Hammer, Michael Stuhlbarg, along with the cast, directors and producers behind Loveless and A Fantastic Woman. Food by annual partner STK LA. Joining the dinner will be the winner of the OMAZE fundraiser. Evening benefits the Trevor Project and the Foundations for The AIDS Project.

The Shorts Experience
Mack Sennett Studios, 1215 Bates Ave., Los Angeles 8:30 p.m.
At this private event, ShortsTV will honor all five nominated films in each of the three categories: Live Action, Animation and Documentary. In addition to the nominated filmmakers, ShortsTV will honor Shorts Visionaries, those in the industry who have contributed to the development of short film, as well as the winner of this year’s Best Of India Film Festival.

Governors Ball
Ray Dolby Ballroom, Hollywood and Highland Center, 6801 Hollywood Blvd., immediately following the 90th Oscars
The Ball’s 1,500 invited guests include Oscar winners and nominees, show presenters and other Oscarcast participants. Academy governor Lois Burwell (making her first outing as awards and events committee chair), event producer Cheryl Cecchetto of Sequoia Prods. and celeb chef Wolfgang Puck are teaming up to handle the details this year for the special 90th edition of the Oscarcast. This year marks Cecchetto’s 29th consecutive year producing the event, while Puck and team are back for a 24th time. The Ball will feature an array of original, seminal artifacts; footage and stills from both behind and in front of the camera; curated music from every era of the silver screen; and a historical presentation of Oscar statuettes. On the menu: smoked salmon Oscars; potato with caviar; truffle macaroni and cheese; Miyazaki Wagyu beef tartare on puffed black rice; crab-stuffed hibiscus; taro root tacos with spiced eggplant; edamame and black truffle pot stickers; black bass with salsa verde; made-to-order sushi and raw bar; and ruby chocolate strawberry and cream. 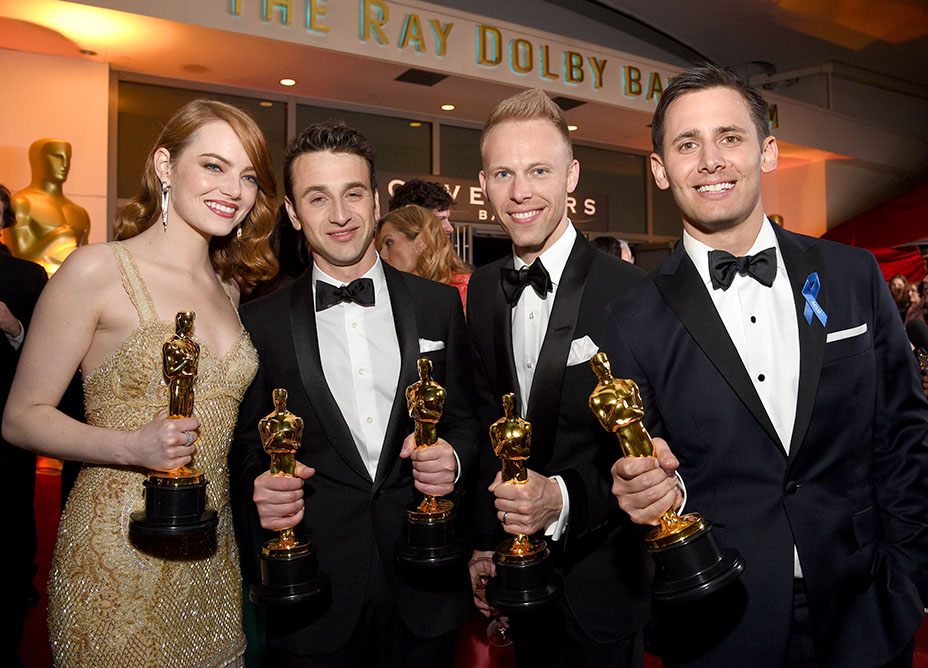 Vanity Fair Oscar Party
Wallis Annenberg Center for the Performing Arts, 9390 N. Santa Monica Blvd., Beverly Hills
The magazine returns to the 90210 but this year, marks the start of a new era for the ever-hot stop on the Oscar night circuit. Legendary editor Graydon Carter stepped down from his post atop the VF masthead and thus, he’ll exit a party that he helped build during his nearly three decades in the job. That means newly-installed editor Radhika Jones will have a lot of handshakes and hugs to dole out to the dozens upon dozens of A-listers who show up to party inside Basil Walters’ custom tented creation on the Wallis Annenberg property. It’s been announced that Catt Sadler will host the exclusive livestream along with digital director Mike Hogan for VF.com and Twitter. More details on the way… 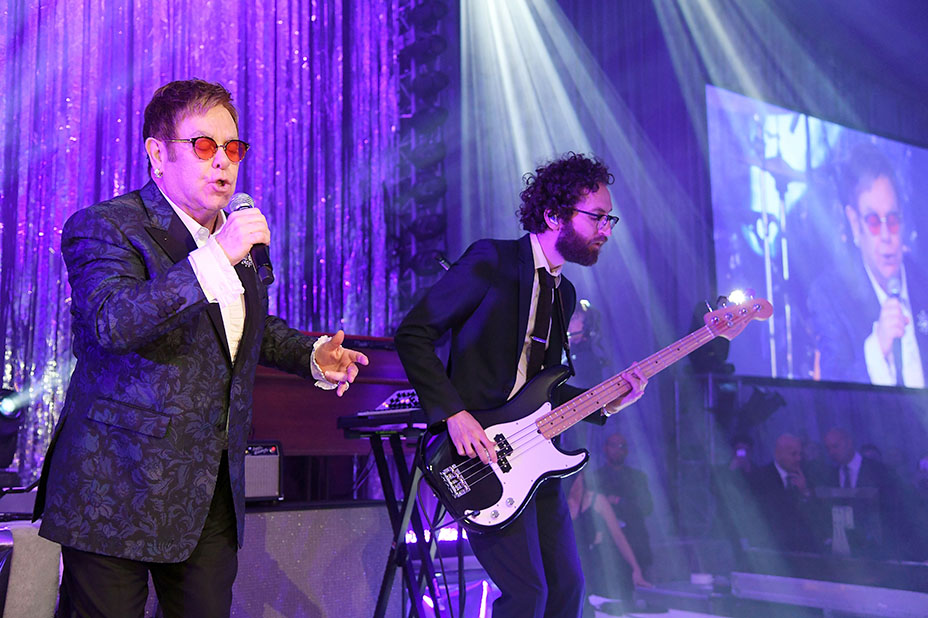 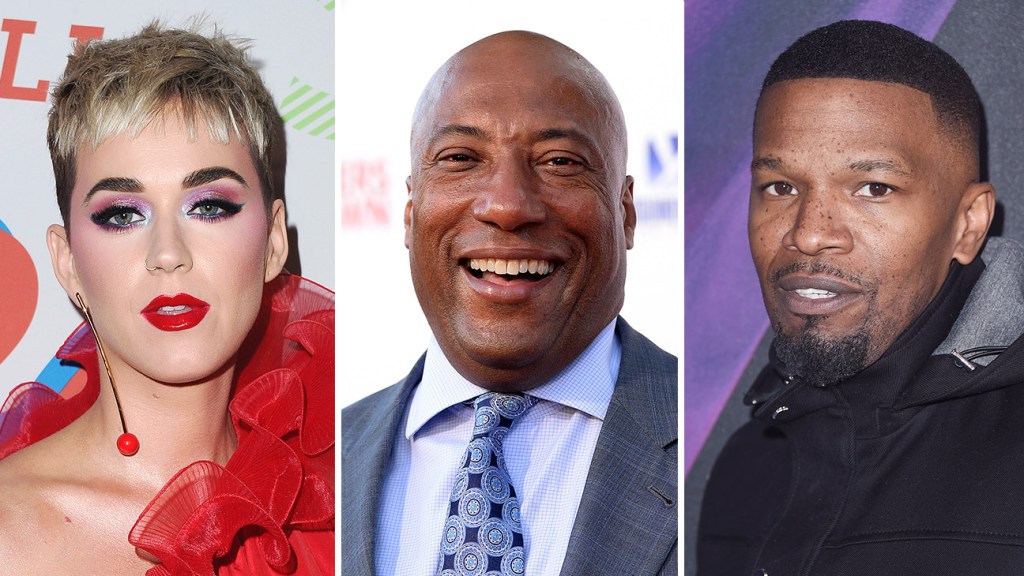 Twentieth Century Fox & Fox Searchlight Pictures
TAO, 6421 Selma Ave., Los Angeles, 8 p.m.
The distributor dominated Oscar nominations, landing a total of 20 for its breakout films Shape of Water and Three Billboards Outside Ebbing, Missouri. While it is sure to be a busy night on the party circuit, expect to see helmers Guillermo del Toro and Martin McDonagh holding court here with stars including Sally Hawkins, Frances McDormand, Sam Rockwell, Woody Harrelson, Octavia Spencer, and others. Party chatter: The slated merger with Disney which could mean this might be the last joint Fox hurrah for these divisions, and one that will be bumping with music by celeb DJ Michelle Pesce.

Hollywood Roosevelt Viewing Party
The Hollywood Roosevelt, 7000 Hollywood Blvd., Blossom Ballroom, 4 p.m.
The iconic hotel is hosting a one-of-a-kind event to celebrate the Oscar’s milestone 90th anniversary. In the same ballroom that hosted the very first Academy Awards — and across the street from the actual awards show live from the Dolby Theatre — the Roosevelt will welcome guests for a viewing dinner (at $175 per person) based off the menu at the first-ever show. Menu highlights include an heirloom tomato salad, fluke crudo and a cornish game hen. Guests looking to make reservations can email to purchase Eyim@thehollywoodroosevelt.com.