At 61, with some 127 acting credits to his name, Richard E. Grant finds himself a first-time Oscar nominee for his scene-stealing performance as Jack Hock, a streetwise gay roué who becomes partners in crime with author Lee Israel (fellow nominee Melissa McCarthy) in Can You Ever Forgive Me? “Ninety-nine point nine percent of the actors I know are like me — you never get nominated for stuff, you don’t have any expectation,” says Grant. “But right now it feels like the world is smiling at you. You are greeted [at] the Apple store by total strangers who say, ‘Congratulations on your Oscar nomination.’ ”

This year he’s front and center with multiple nominations (including one for the Feb. 23 Spirit Awards) and is relishing every minute of the run-up. Jack Hock’s style complemented his persona, with “some fabulous cape or ascot,” says costume designer Arjun Bhasin. “There’s a pride and a vanity to Jack, and a flair.” But capturing a similarly unique sense of style for Oscar night in Grant’s real life falls to Andrew Weitz, THR‘s contributing editor for men’s style. The Hollywood fashion consultant to many of the industry’s top executives through his company, The Weitz Effect, met up with the actor a few weeks ago to buttonhole some options when Grant touched down in Los Angeles for the SAG Awards.

Luckily, the actor is a formalwear fan: “Almost without exception, any man in a tuxedo looks as smart as paint because even with variations, there’s still an imprint of Cary Grant-slash-Fred Astaire,” says Grant. “It fixes people in a very good moment.” 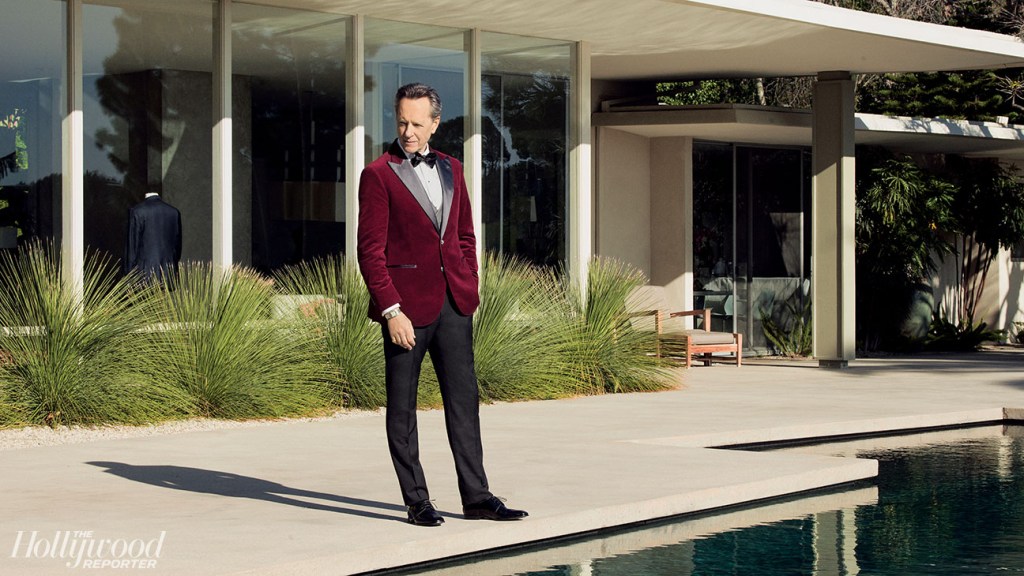 Weitz’s plan includes having Grant “stand out, with a pop of color, bold pattern or unusual texture — he’s nominated with some great actors,” says the style pro. “I’d love to see him be not so basic, like everybody else in a penguin suit.”

Weitz sought to balance the propriety of “the big Kahuna” of awards shows with an emphasis on cutting-edge fashion, moving away from the full tux to a dinner jacket that contrasts with evening trousers.

For classicists, Weitz says that even with a darker evening style, the look can be broken up with an unmatched jacket and trousers — for example, a shawl-collar Brioni dinner jacket in navy with a black jacquard pattern that the stylist had Grant try. “It’s still very elegant,” says Weitz. “We kept the idea of a white formal shirt and put a navy bow tie on him and black evening trousers. We paired it with velvet evening slippers — it’s a different look but very ‘standout’ and chic.”

The actor was a little less enamored: “I thought it was really dull.”

Weitz tried again with a supple velvet jacket from Brunello Cucinelli in a rich burgundy shade, of which the nominee approved. “It’s in a tradition of the English smoking jacket, and the burgundy is really beautiful,” Grant says. “I thought it was really smart.” 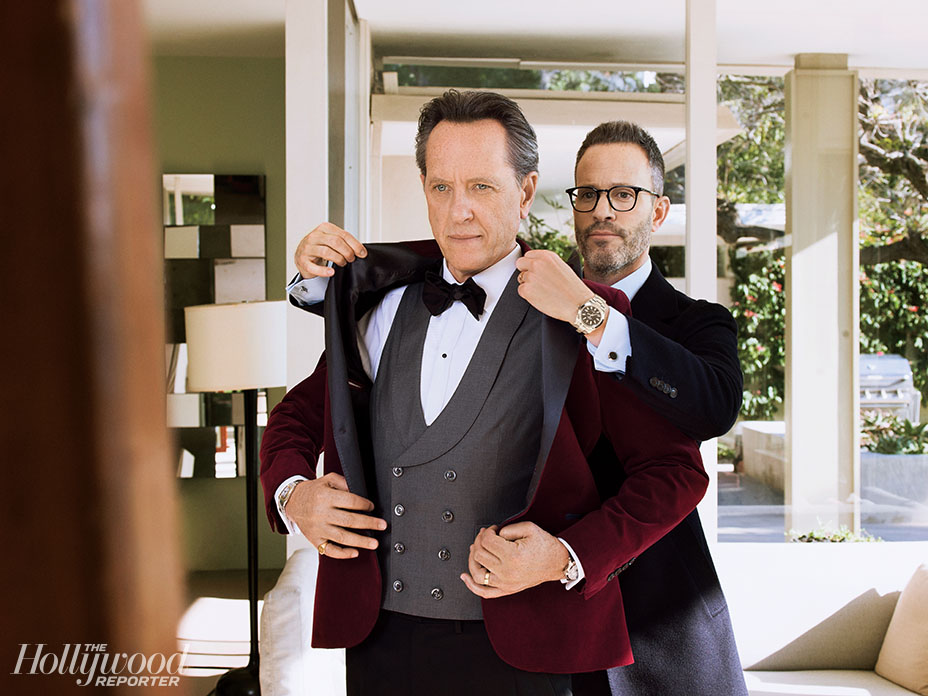 Adds Weitz of the wine-colored tuxedo jacket with lapels in a gun-metal shade: “Any time you see a version of red in your line of sight, it grabs attention. We utilized a gray silk waistcoat to match the lapels, but stuck with a black bow tie to complement the pants and pull everything together.”

Grant, who lives in London with his wife, vocal coach Joan Washington, was particularly happy with the vest. “I wear them all the time. I’m permanently cold, and they keep you warm. They affect your posture as well. You feel like you’re standing a little straighter.” That dovetails with a recent fashion trend: the return of the vested evening outfit. A classic white bib-front shirt from Eton; black onyx and silver Montblanc shirt studs and cuff links; and handmade, limited-edition patent leather lace-ups by Berluti completed the look.

“Because he lives in England, there’s something regal about this that suits him,” concludes Weitz of Grant’s look. “Plus, he’s such a witty person, and he can be a bit eccentric at times, just like his character in the movie.” 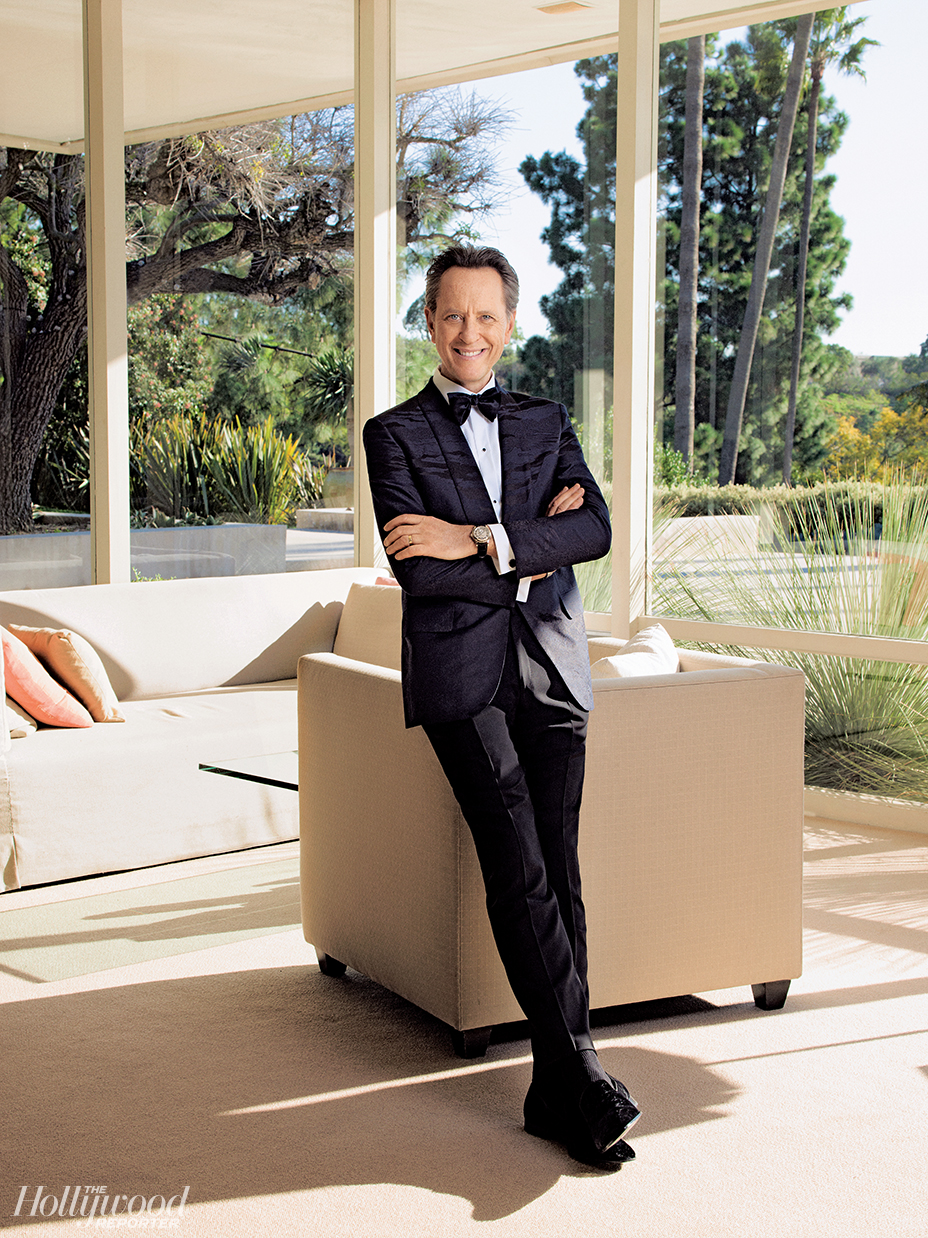 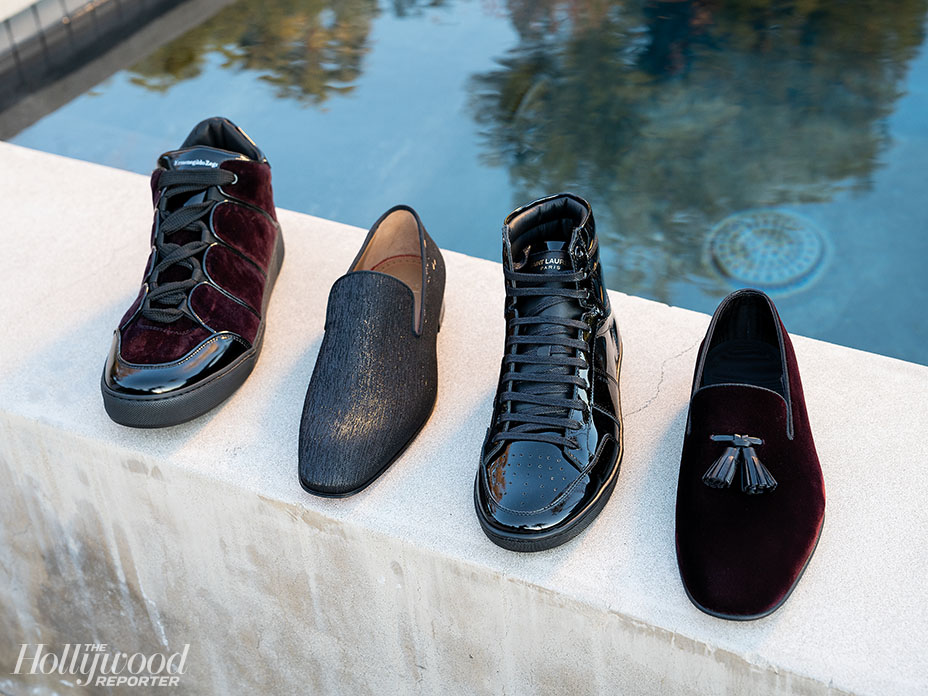 4 “Not So Basic” Oscar Jackets 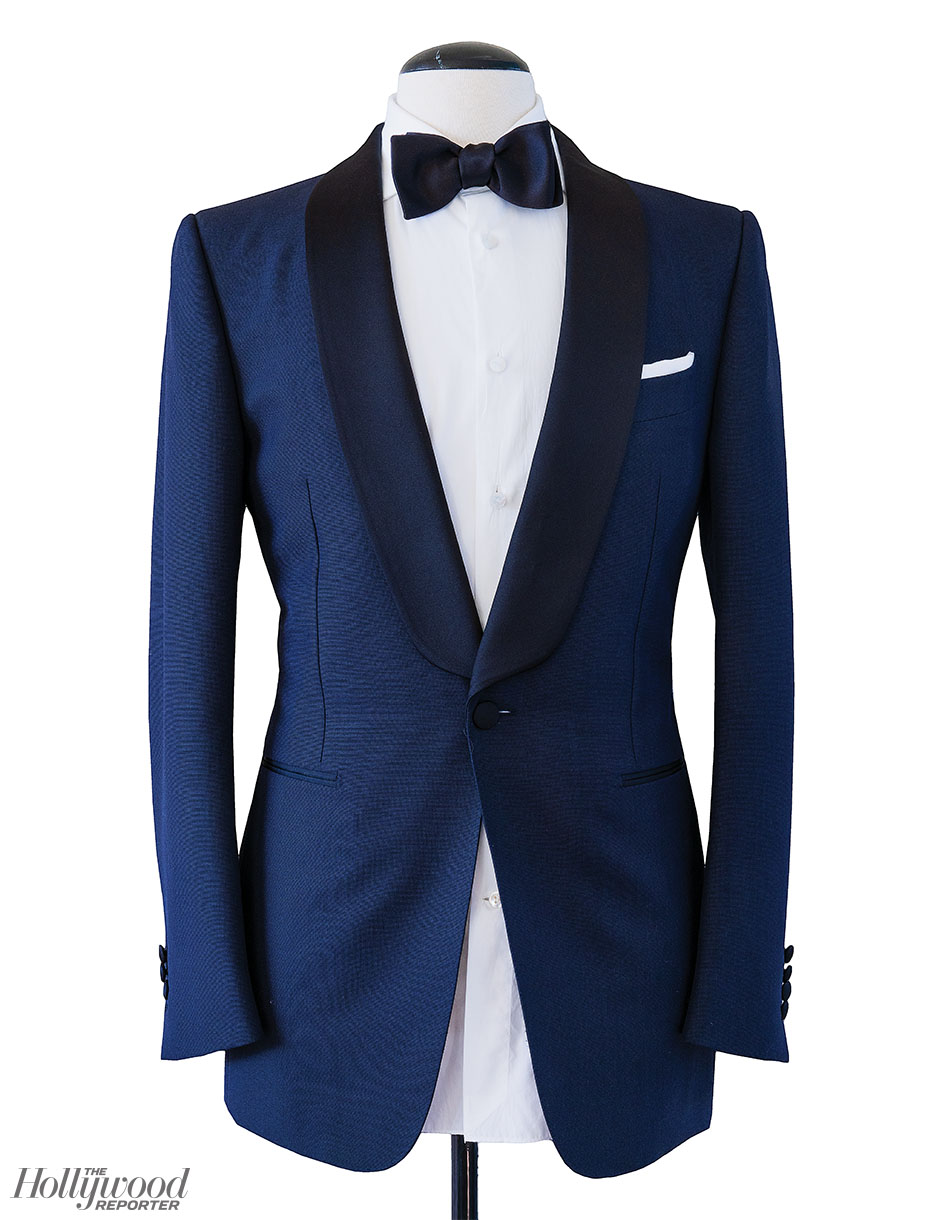 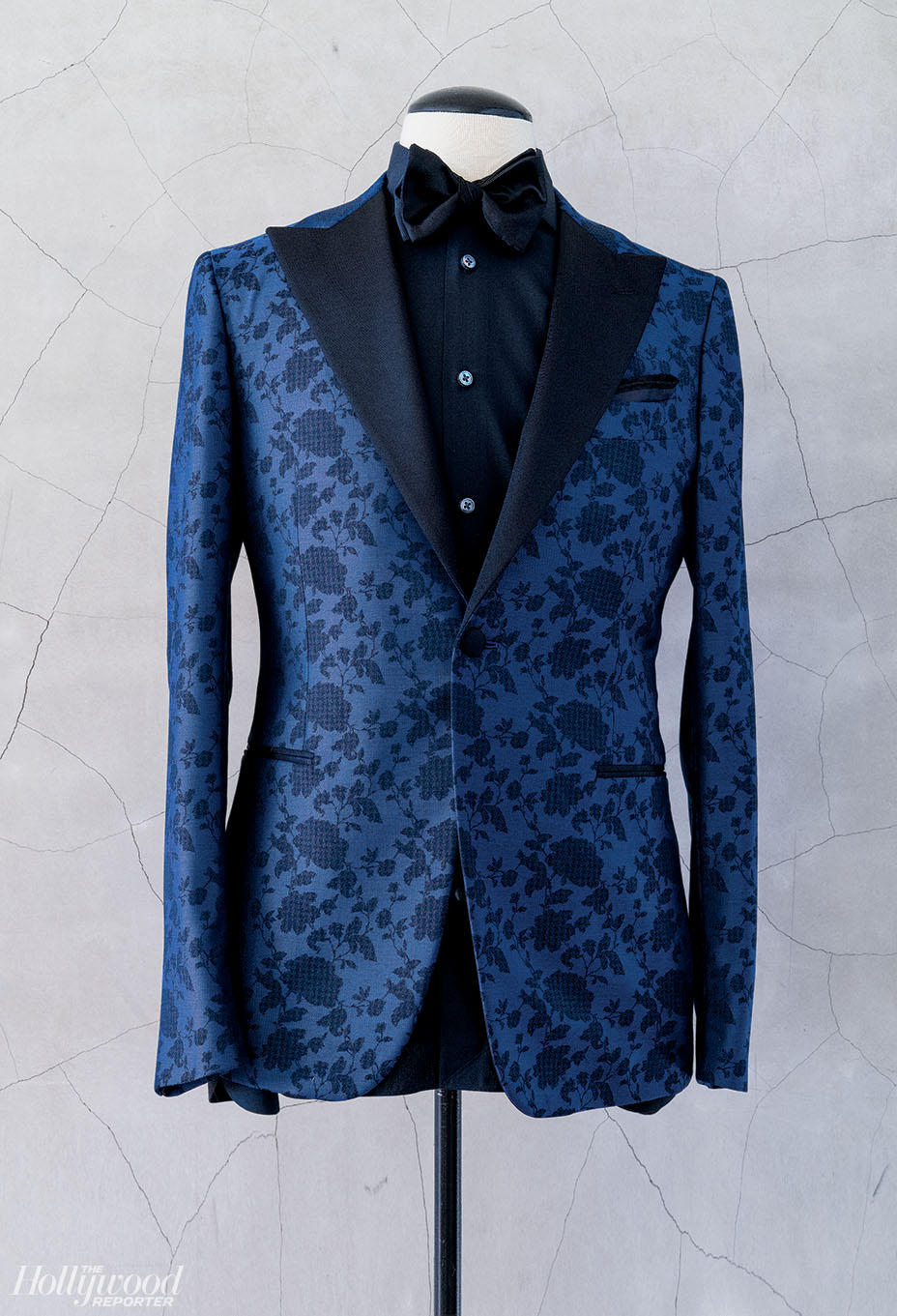 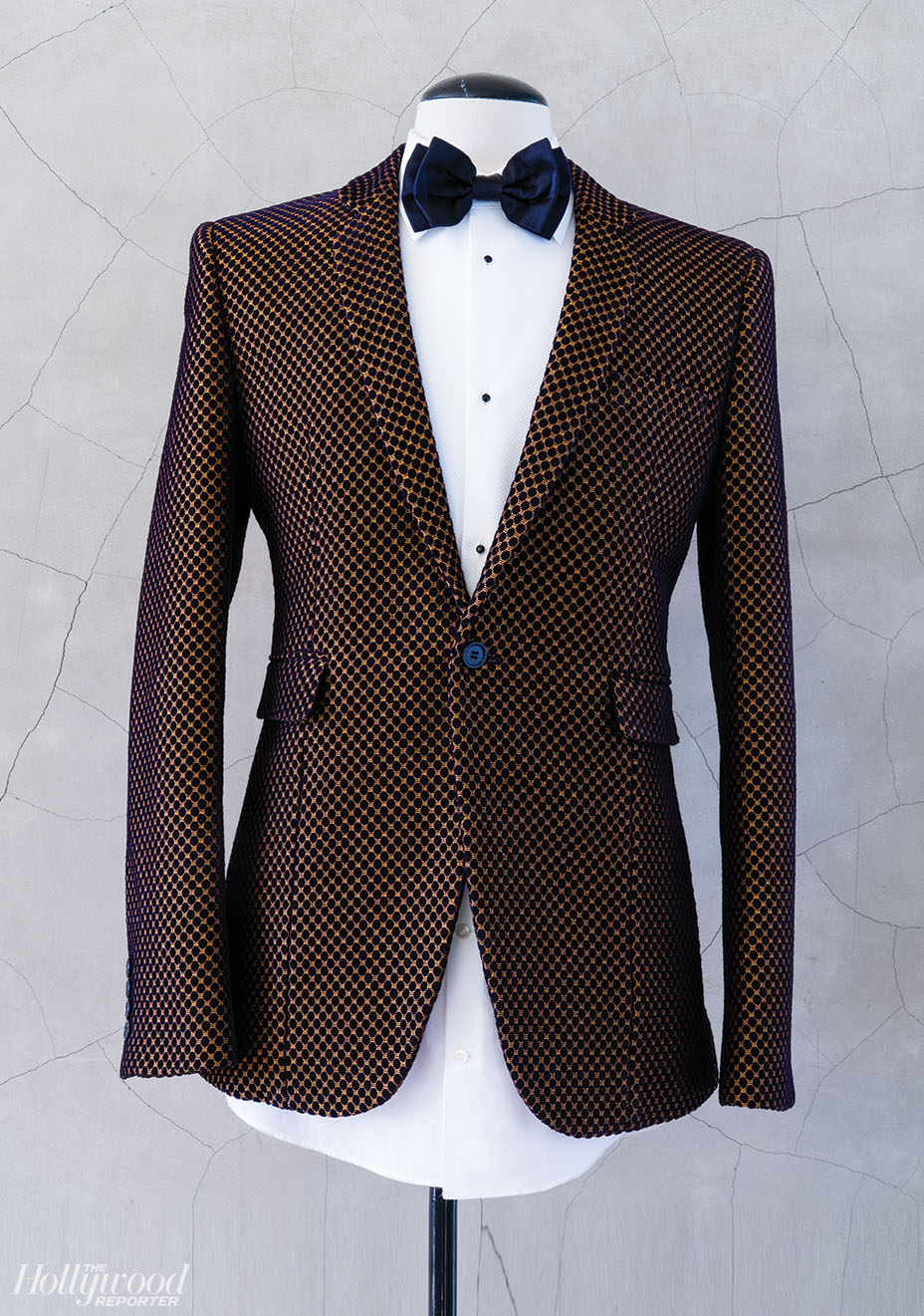 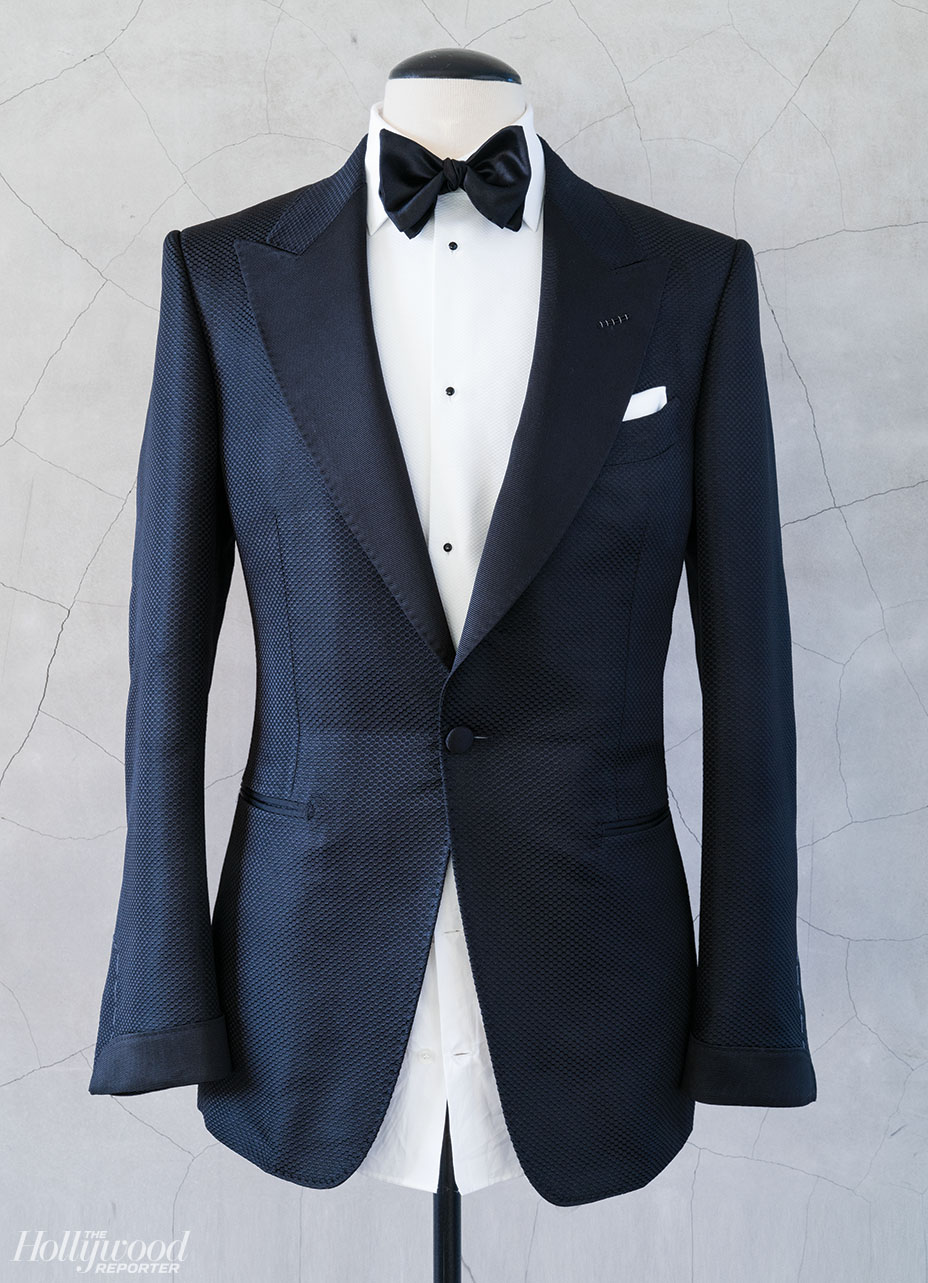 'Can You Ever Forgive Me?' Star Richard E. Grant Reveals Most Difficult Scene to Film