To accessorize his gold-and purple Gucci suit memorializing the late Kobe Bryant (which featured the number ’24’ on the lapels), presenter Spike Lee wore Rolex’s 40 mm pink-gold GMT Master-II made in the Swiss maker’s exclusive 18-karat alloy Evergold, $38,250. The watch, known among Rolex collectors as the “Root Beer” model due its distinctive coloring, features an Oyster bracelet and 24-hour rotatable bezel. On Saturday, the director was announced as one of Rolex’s mentors in its Mentor and Protégé Arts Initiative, which pairs established names in film, theater and visual arts with emerging artists. Lee will be working with Kyle Bell, a 33-year-old known for his documentaries spotlighting Native American stories. gearys.com. 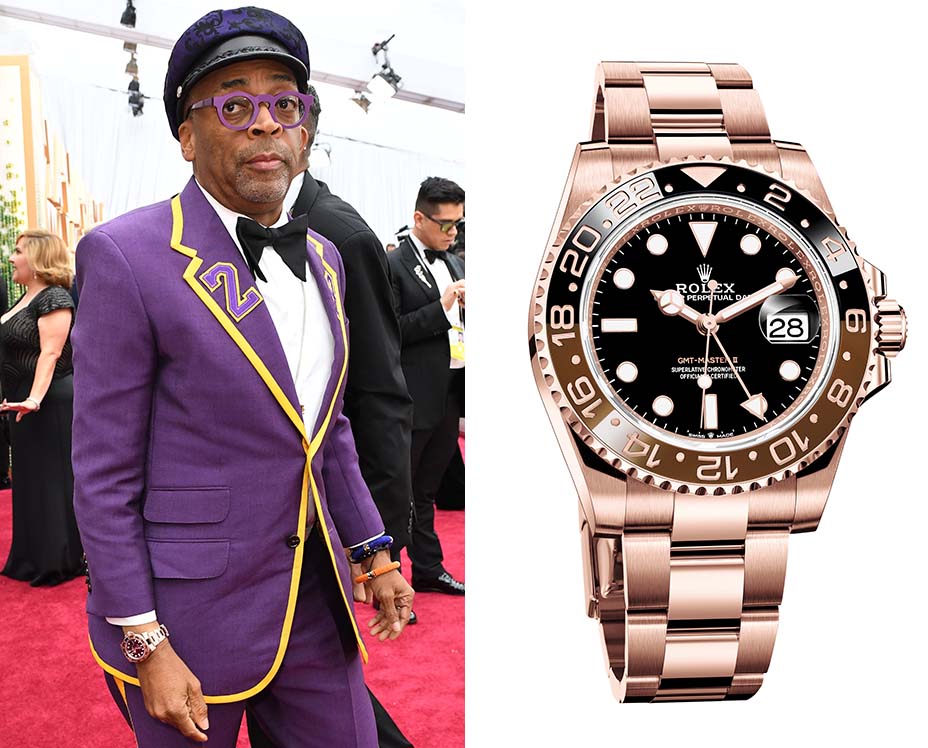 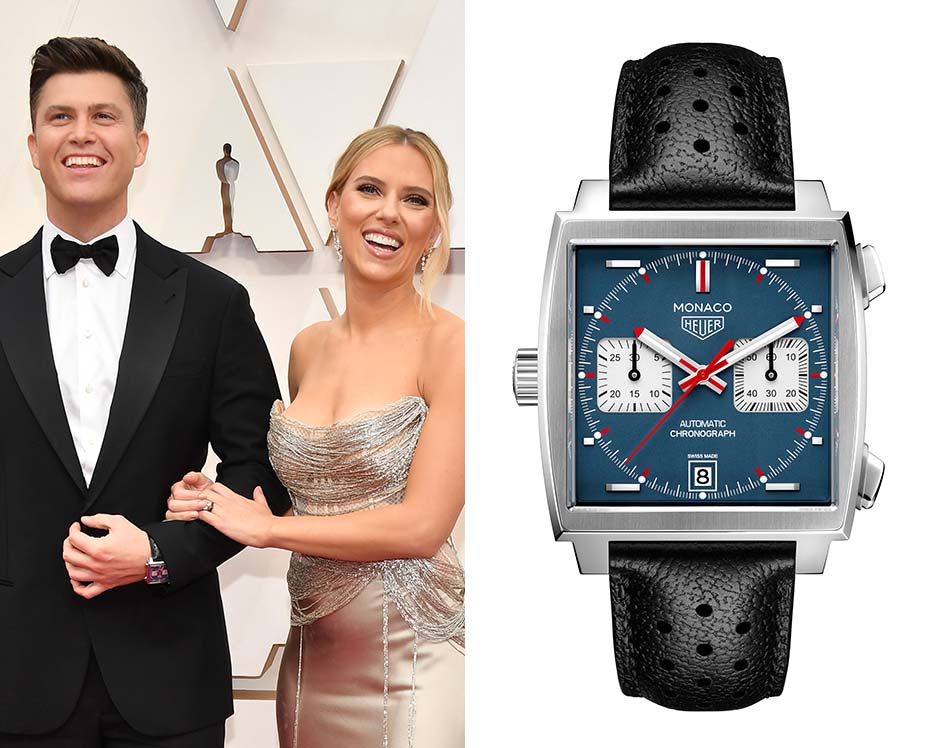 Presenter Josh Gad, known as the voice of Olaf in the Frozen films and currently starring on HBO’s Avenue 5, paired his Bonobos and Brooks Brothers ensemble with a timepiece from Chopard’s sporty new Alpine Eagle Collection. A reinterpretation of the house’s St. Moritz watch introduced in 1980, the 41 mm bicolor watch in Lucent steel A223 and rose gold, $19,700, features a gray dial and COSC-certified movement. chopard.com. 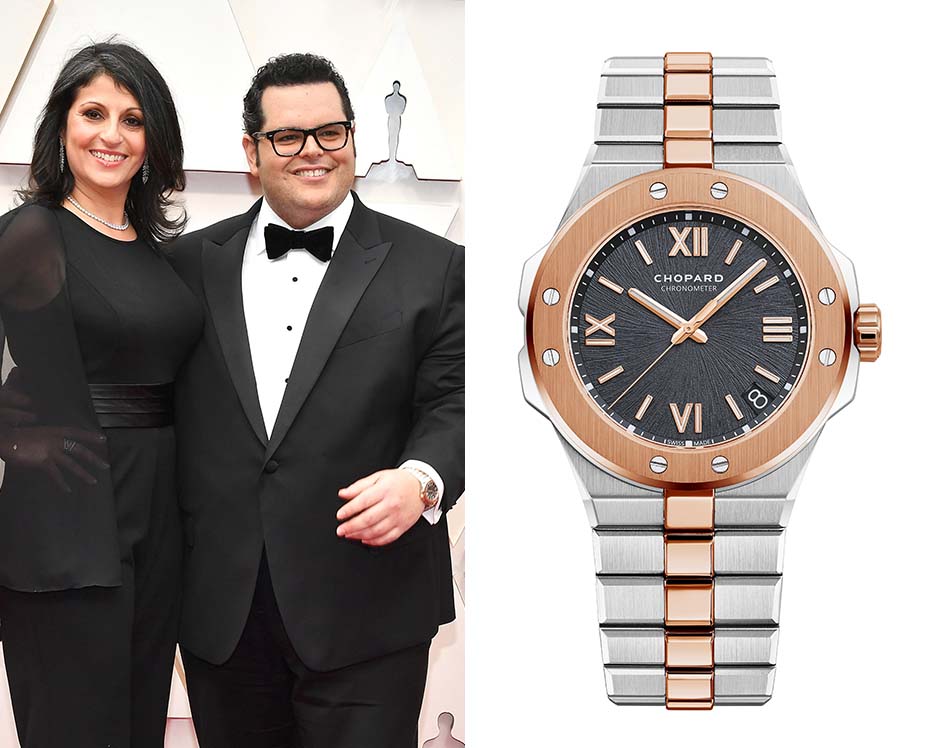 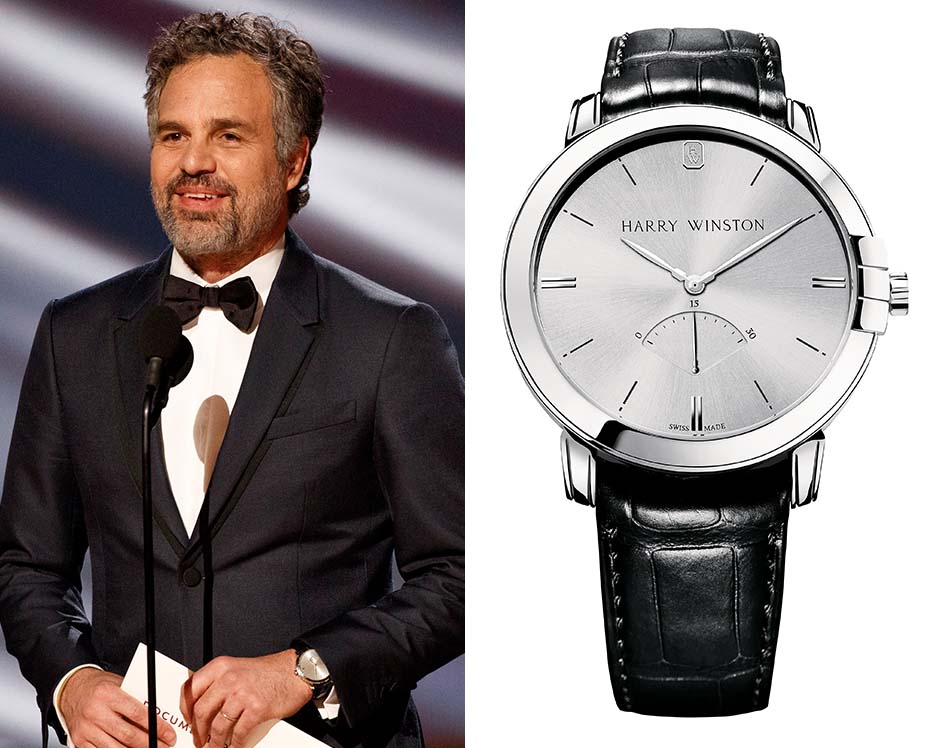 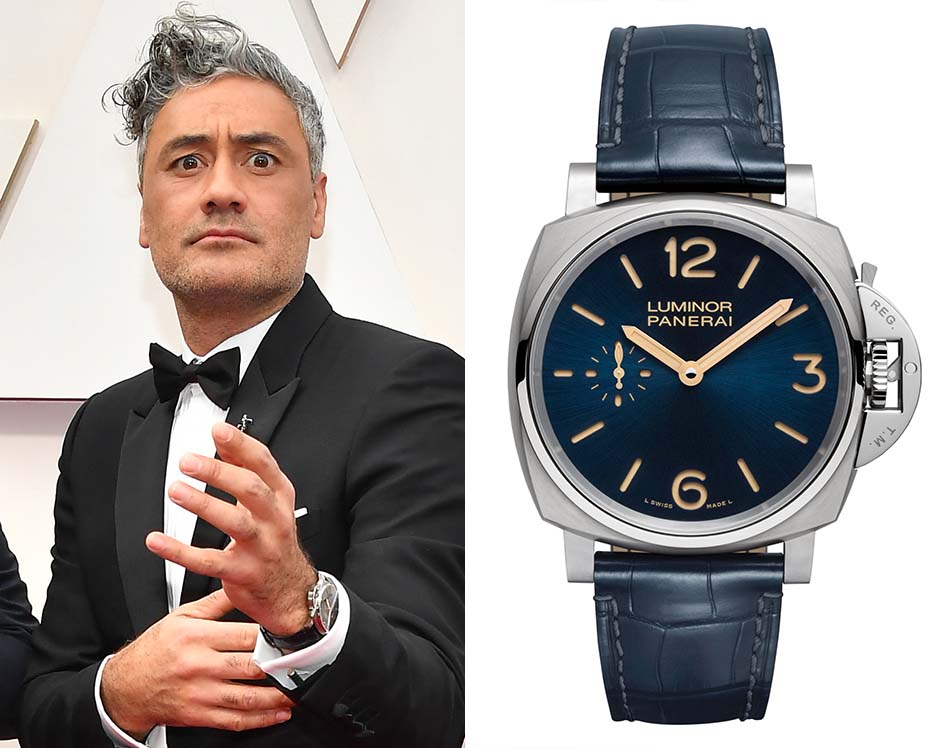 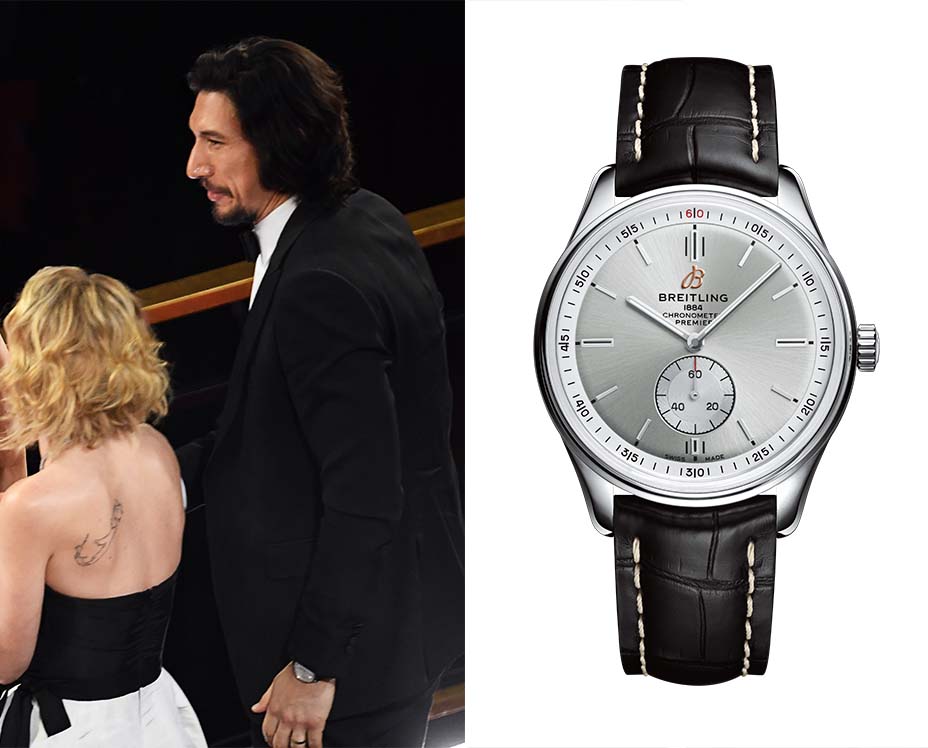 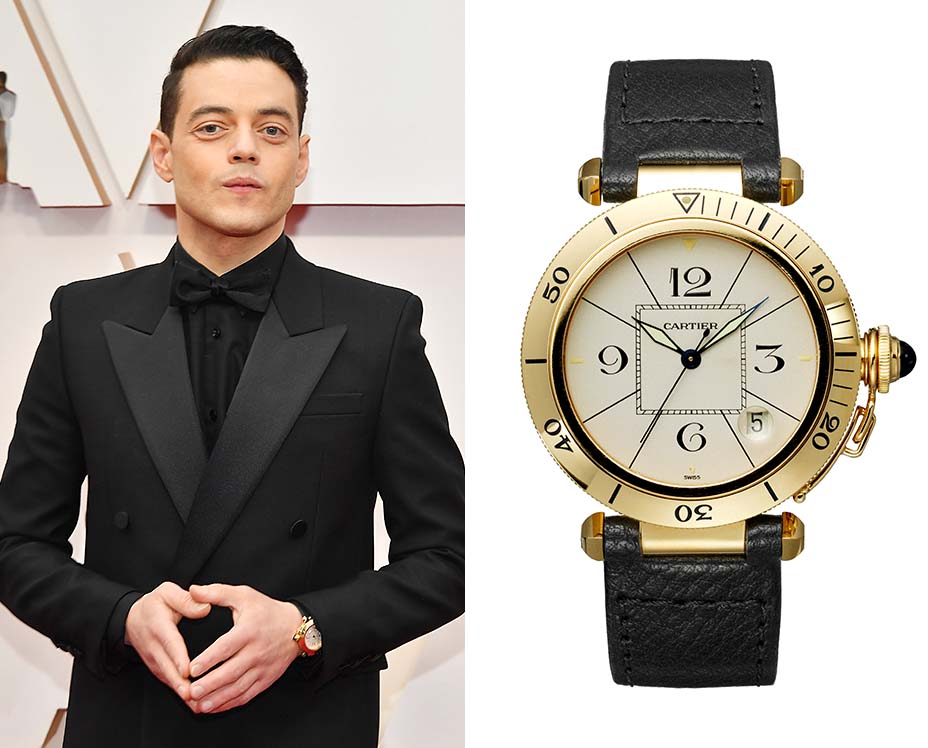 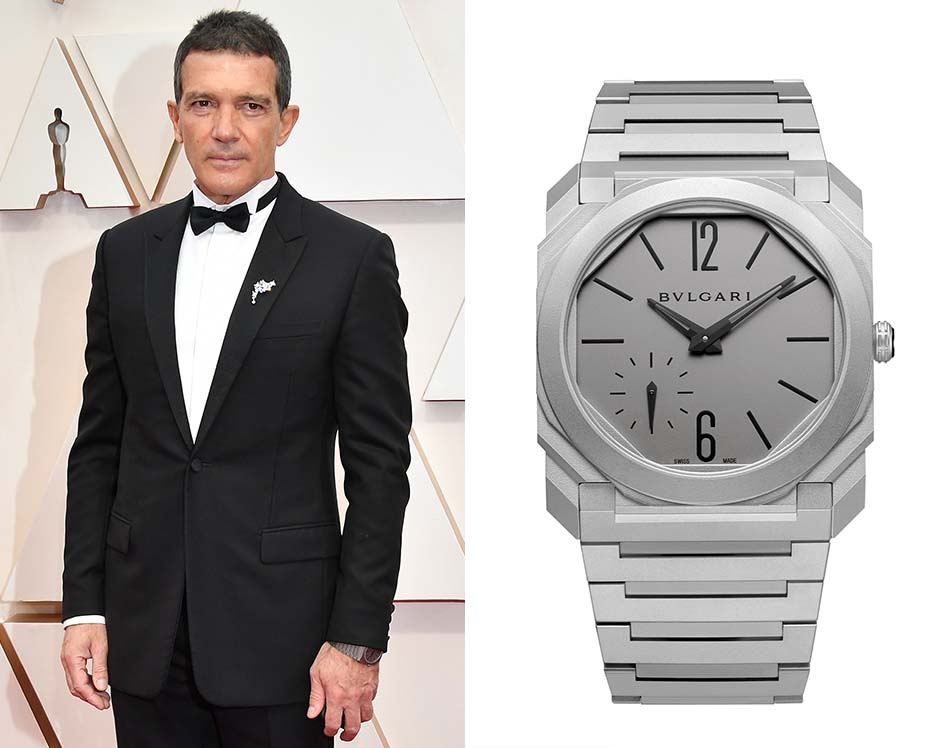 To co-present the awards for sound, Oscar Isaac wore a Speedy. His 42mm Omega Speedmaster Apollo 11 50th Anniversary Limited Edition in steel with a polished black ceramic bezel ring, $9,650 (limited to 6,969 pieces), features a subdial (in gold that is blackened and laser-engraved) at 9 o’clock that shows astronaut Buzz Aldrin climbing onto the surface of the moon in 1969. omegawatches.com. 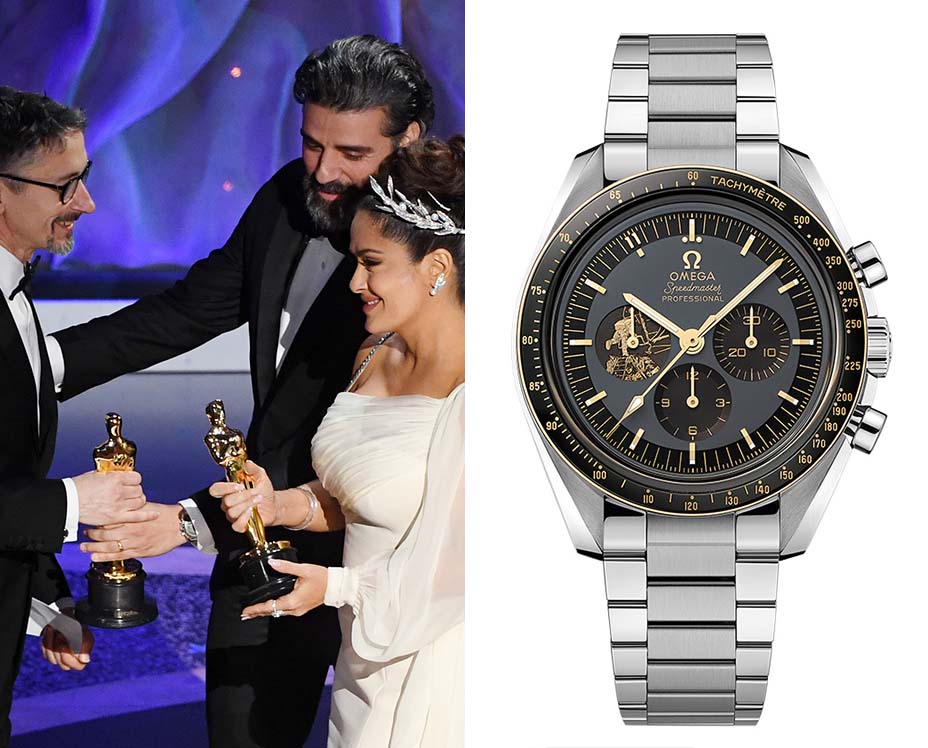 Good Morning America’s Michael Strahan wore a suit from his own Collection by Michael Strahan, along with a watch from his personal collection, Rolex’s self-winding Day-Date 40, $39,250, in Everose gold with an olive green dial. gearys.com. 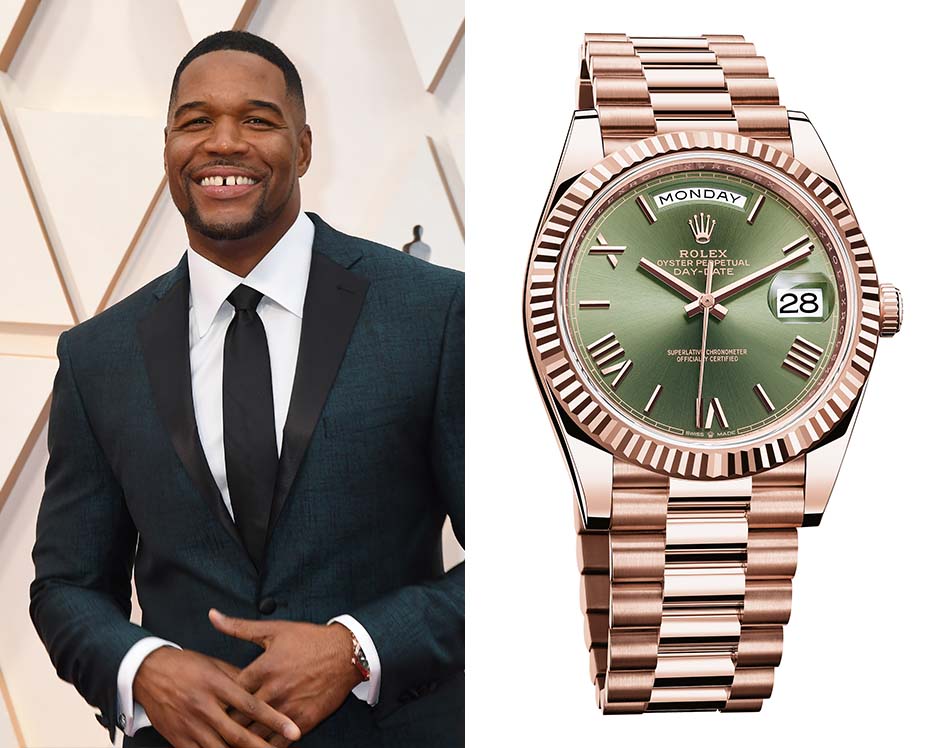 Since Rolex does not loan its watches for red-carpet appearances, most anyone seen in one of the maker’s timepieces is wearing something they bought themselves or received as a personal gift. Here, Netflix film chief Scott Stuber, who attended the Oscars with wife Molly Sims, is seen wearing his own Rolex Daytona. Other names spotted wearing a Rolex were Ryan Seacrest, sporting a prized vintage Daytona Ref. 6263 in stainless steel, Oscar nominee Rian Jackson, writer-director of Knives Out, wore a gold Rolex handed down to him by his father, and surprise performer Eminem, with an iced-out gold after-market customized Rolex. And while it couldn’t be seen underneath the navy blue Prada nylon suit he wore, actor Timothee Chalamet posted on Twitter that he was wearing a Rolex “ROSE GOLD PRESIDENTIAL ON MY BONEY WRIST.” 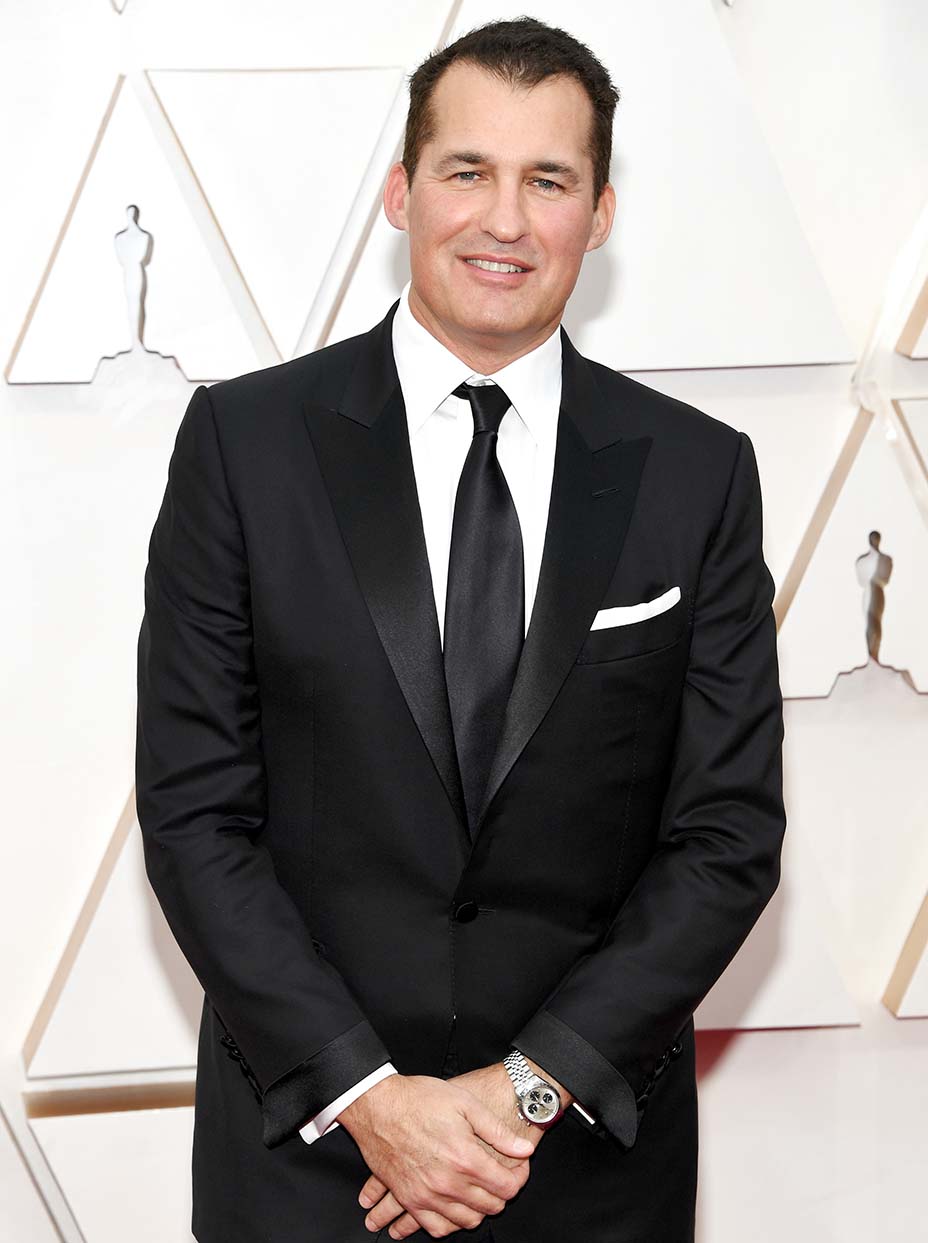 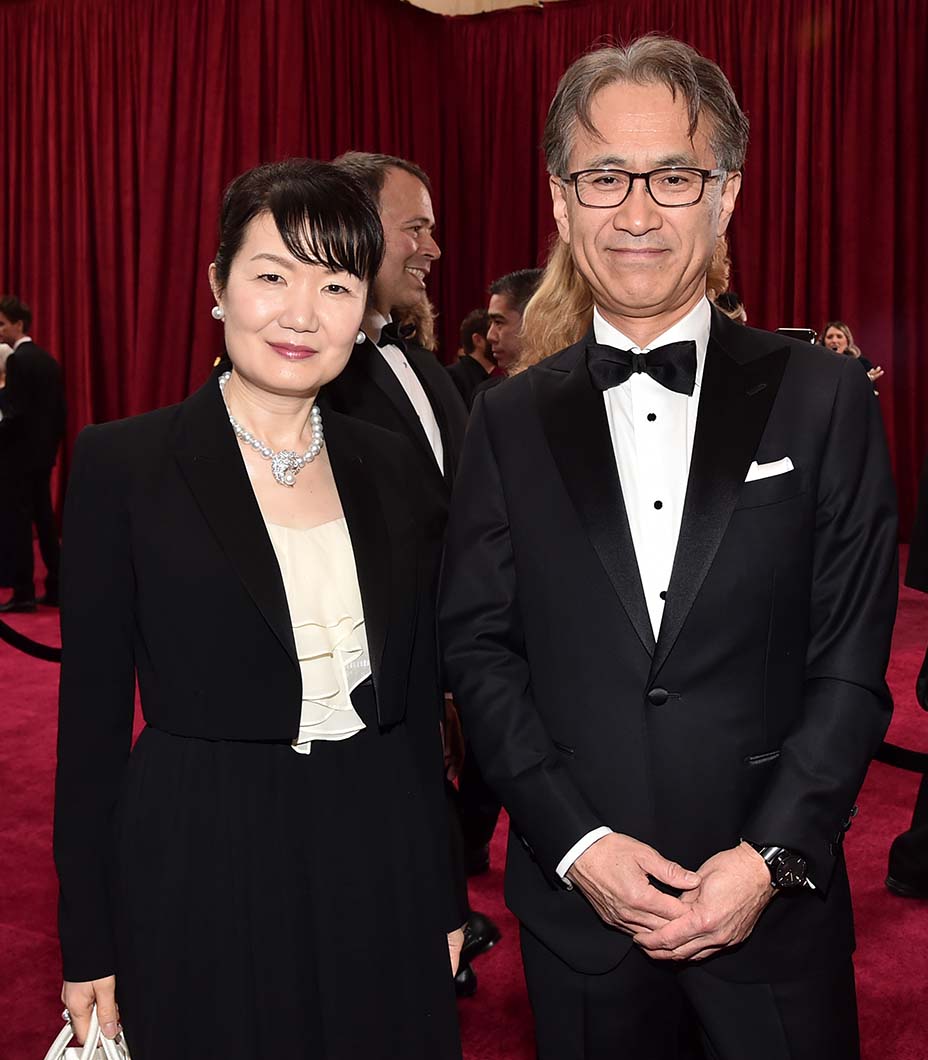 Riverdale’s Mark Consuelos, who walked the red carpet with wife Kelly Ripa, added to the brigade of Rolex Daytonas seen on the big night, wearing his own Ref. 6263 in yellow gold with a dark dial. 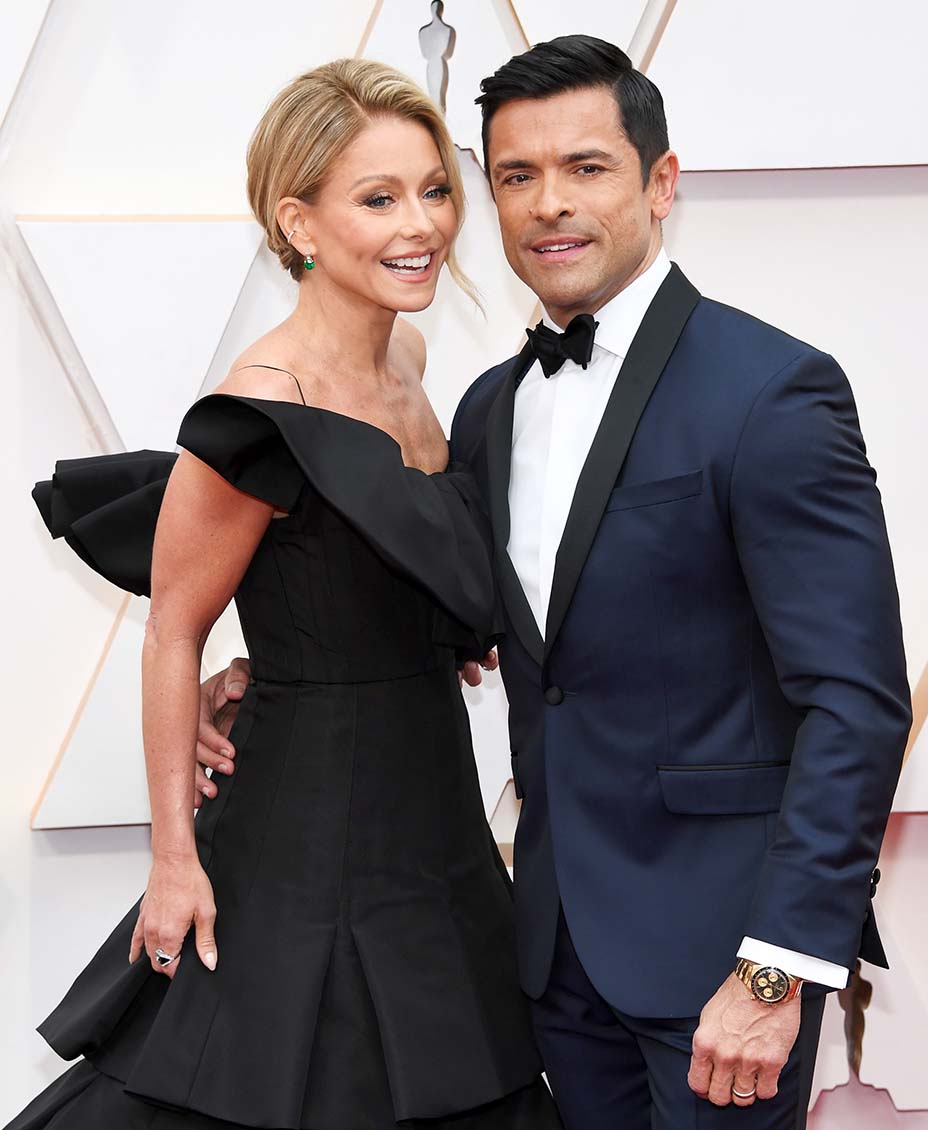 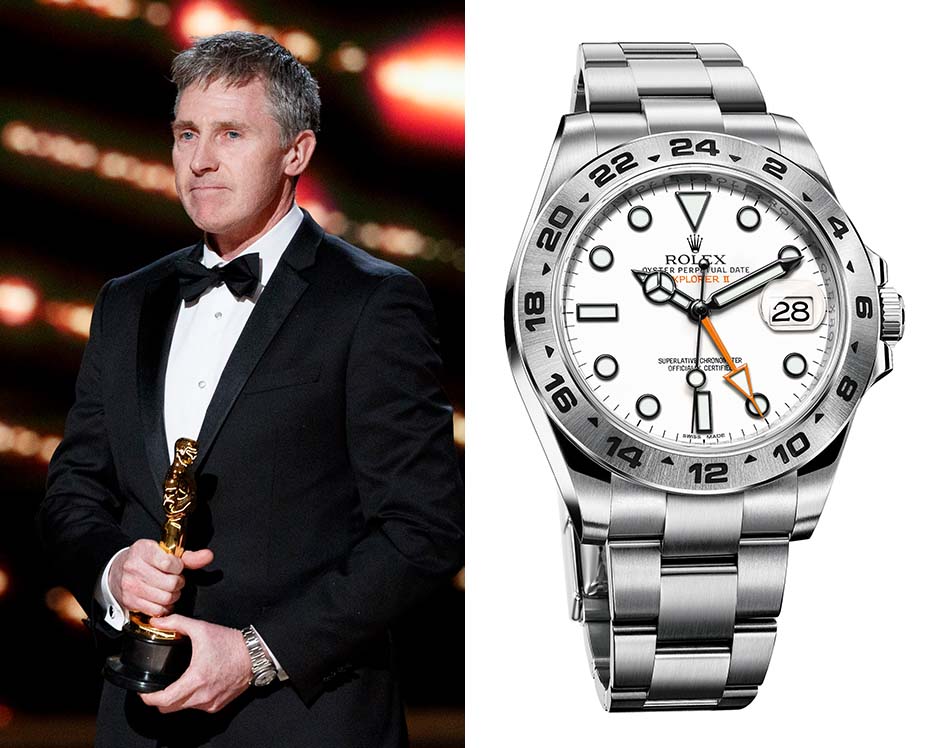 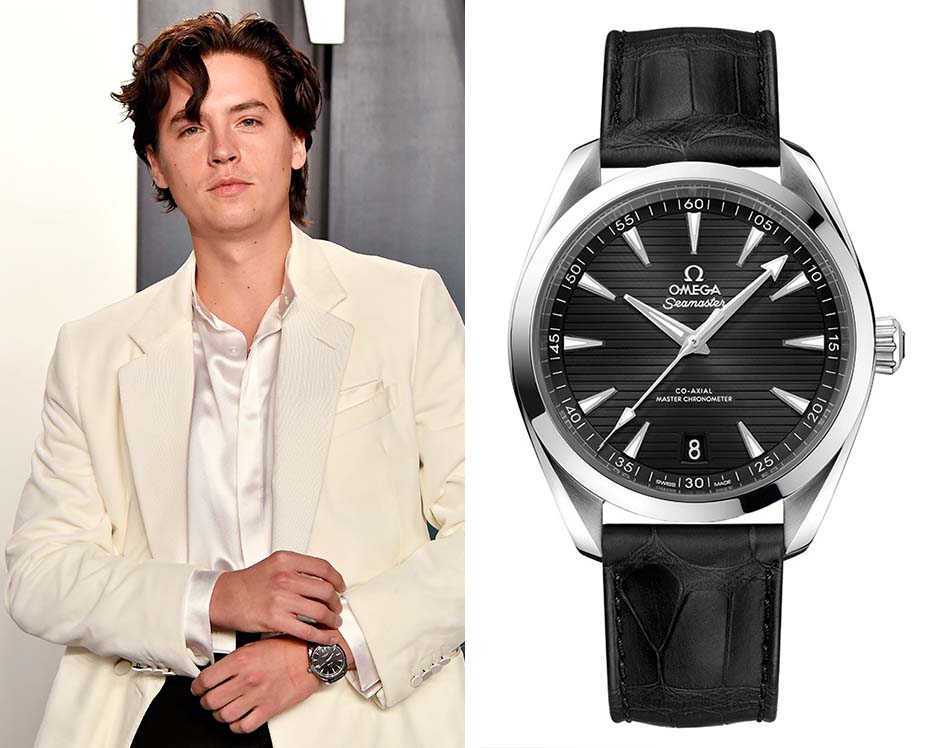