It was an Oscars red carpet without a gasp fashion moment, save for Halle Berry’s surprising new curly ‘do. 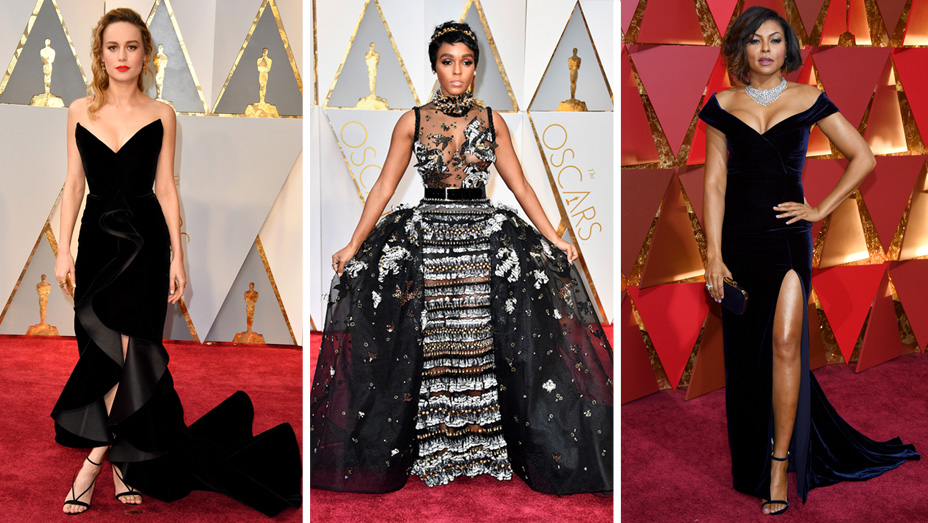 Jewelry outshone the fashion in many cases, with single earrings, ear crawlers and chokers dazzling ears and necklines on Viola Davis and Busy Philipps. Jessica Biel’s feathery “Whispers of the Rainforest” Tiffany & Co. necklace, topping her dazzling gold-and-silver KaufmanFranco gown, was the piece to beat.

Aside from Biel, there was precious little fashion with a capital “F.” Even edgier fashion plates Nicole Kidman and Michelle Williams kept it tame. Kidman, who wore a sparkly green Gucci parrot dress at the Golden Globes,  for example, dressed in a tasteful gold-and-silver embroidered Armani Prive column, and Williams wore a plunge-front Louis Vuitton gown that was black on top and shimmery pale gold on the bottom. 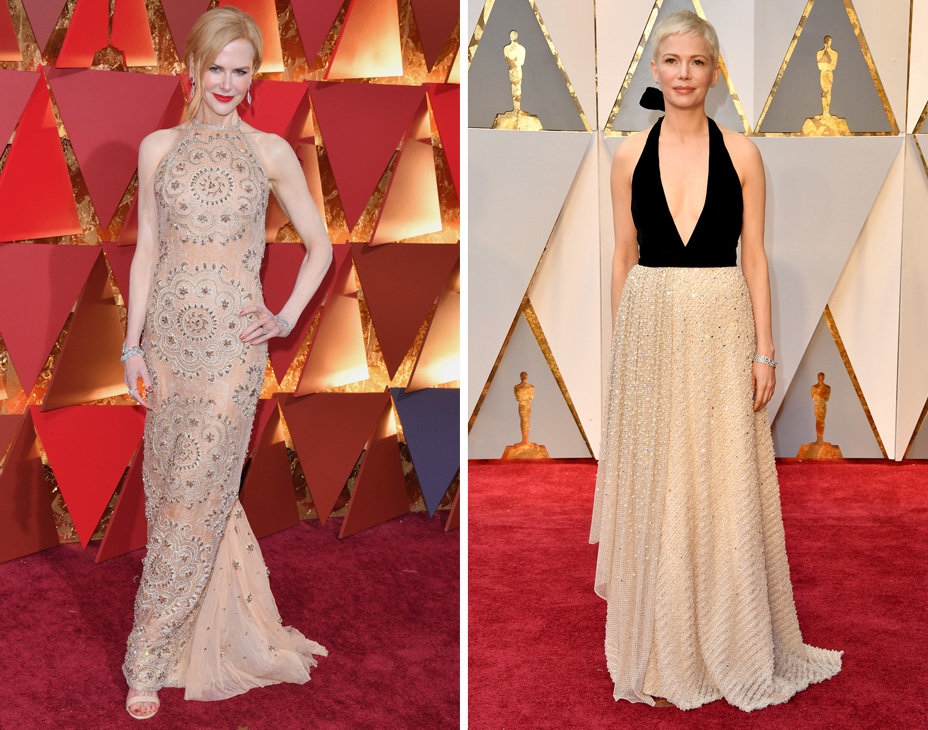 Lin-Manuel Miranda and His Mom Hit the Oscars Red Carpet

The most over-the-top was Janelle Monae, in an elaborate Elie Saab gown that had a little bit of everything (sheer tulle, sequins, bird embroideries) — and hip panniers, too. It was exuberant but a lot to take in.

There were a couple of firsts: the first Calvin Klein Oscars gown from the American fashion house’s new chief creative officer Raf Simons. It was a white sequin high-low gown that was modern but not that imaginative. Larson wore the first Oscar de la Renta Oscars gown from that American house’s new designers, Laura Kim and Fernando Garcia. With a flamenco ruffled skirt that moved beautifully, it was another classic look.