In an awards show season that was all about political fashion statements, on Hollywood’s biggest night, the red carpet was strangely quiet.

The Golden Globes and BAFTAs all-black dress code was a distant memory, as stars turned up in all white or vivid colors. And while there were some Time’s Up pins, worn by Elisabeth Moss, Jane Fonda and Patrick Stewart, among others, they were joined by ACLU ribbons and Everytown for Gun Safety pins, too, meaning that instead of one political message, there were many.

It’s not as if fashion was back to normal exactly, more like it wasn’t front and center, with stars gravitating to more understated styles, and the red carpet fashion preshow a near no-show with few guests stopping to talk to E!’s Ryan Seacrest, recently accused of sexual harassment by his former stylist. Not even former Teen Vogue editor Elaine Welteroth could save the E! show, which featured few A-listers or exclusive fashion intel, and seems in need of a serious rethink. 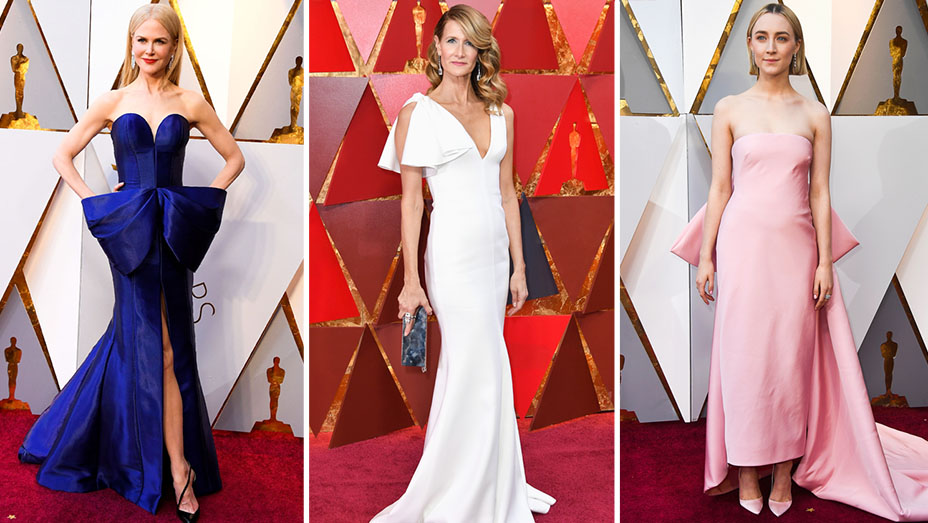 That left fashion fans to rally around social media, where users got particularly excited about seeing all the women wearing glasses, including Lupita Nyong’o, Meryl Streep, Rita Moreno and more. Stars, they are just like us!

if there’s anything these oscars are teaching me, it’s that women in glasses are having a moment & to that i say: it’s about FUCKING time

It was notable that there wasn’t a single big trend to talk about (aside from a few bows), and that rather than piling on embellishment and embroidery, stars went for more subtle, low-key glamour, almost as if they didn’t want fashion to define them. Reigning red carpet queen Nicole Kidman chose an Armani Prive gown with a dramatic bow-front detail, while Saoirse Ronan wore a bubblegum pink Calvin Klein with a back bow and train, and Laura Dern chose a Calvin Klein white silk crepe dress with a draped tie on the shoulder. 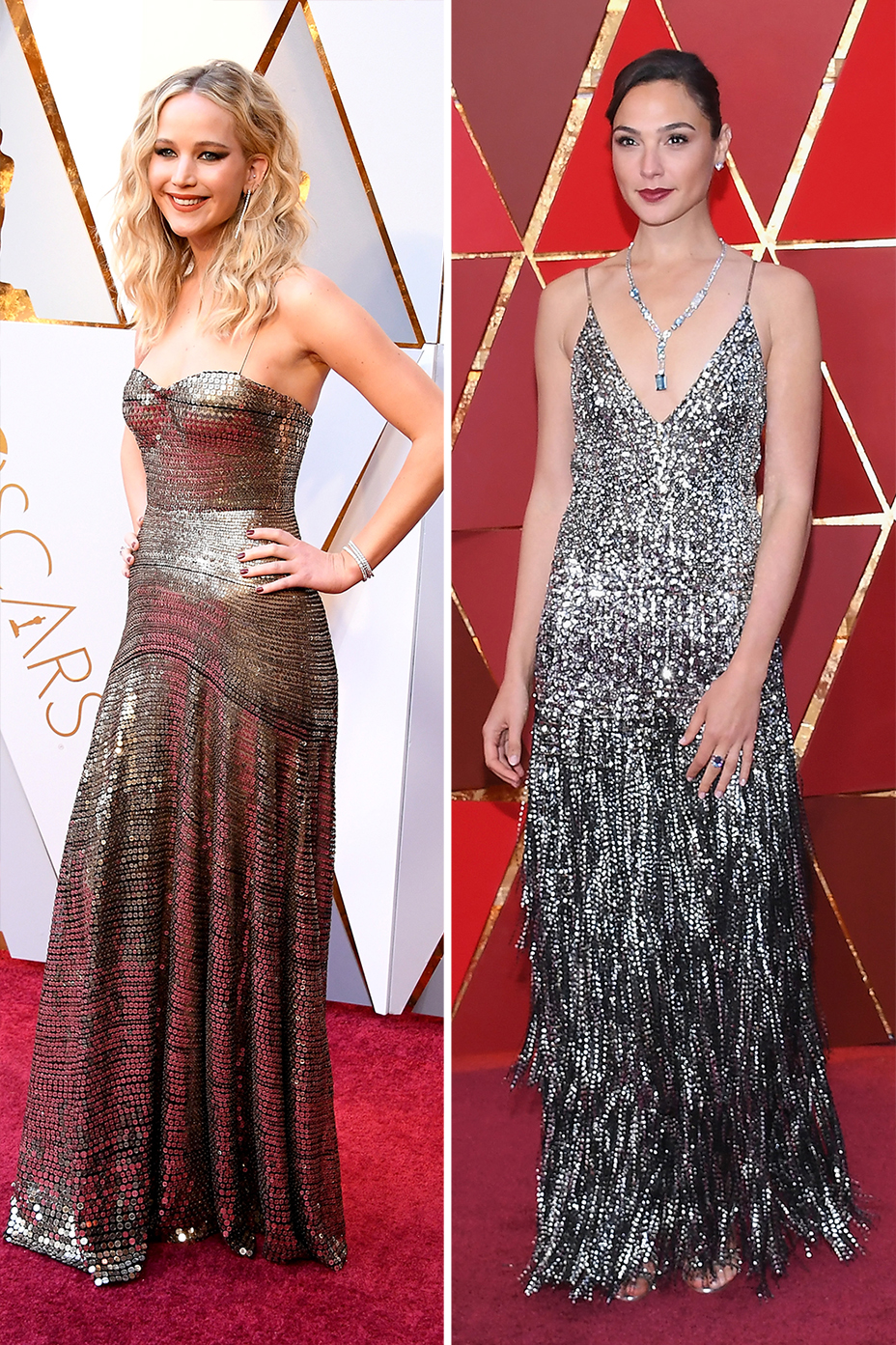 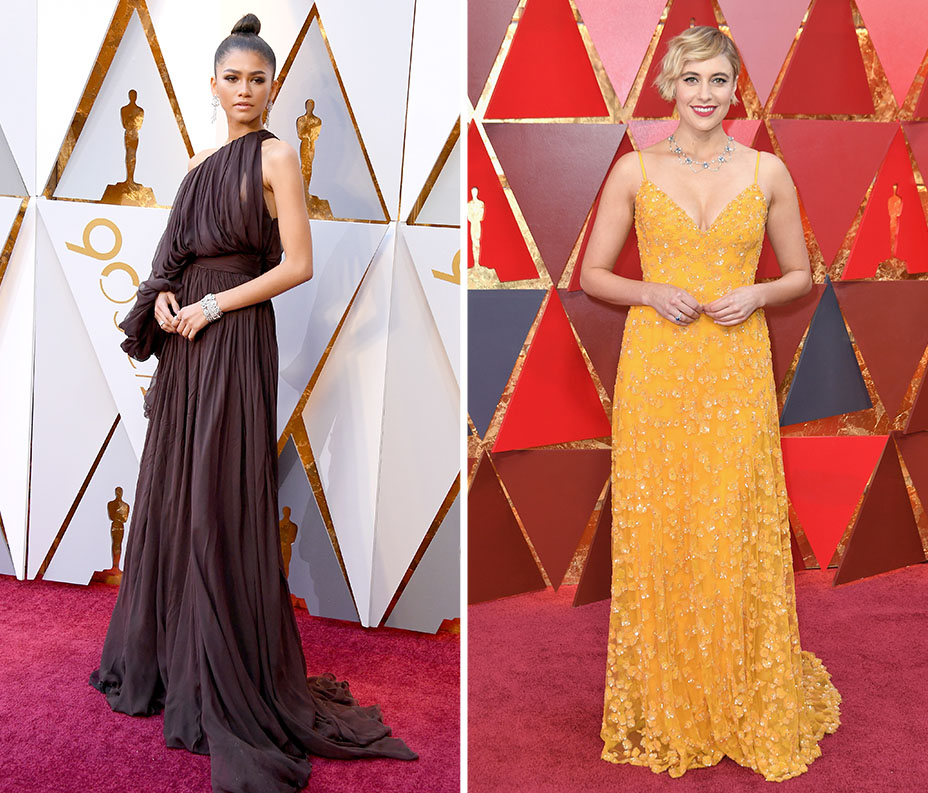 But some of the most notable style moments of the night involved repeat outfits, suggesting that the red carpet could be getting more real. Rita Moreno wore the same obi-fabric dress she wore to the 1962 Oscars, and Tiffany Haddish took to the stage in the same $4,000 white Alexander McQueen with a bejeweled neckline that she wore on Saturday Night Live earlier this year — and swore she’d wear again. Three Billboards Outside of Ebbing, Missouri actress Sandy Martin wore the same Emilio Pucci silk embroidered feather coat on not one but four red carpets this season. How’s that for eco-style? 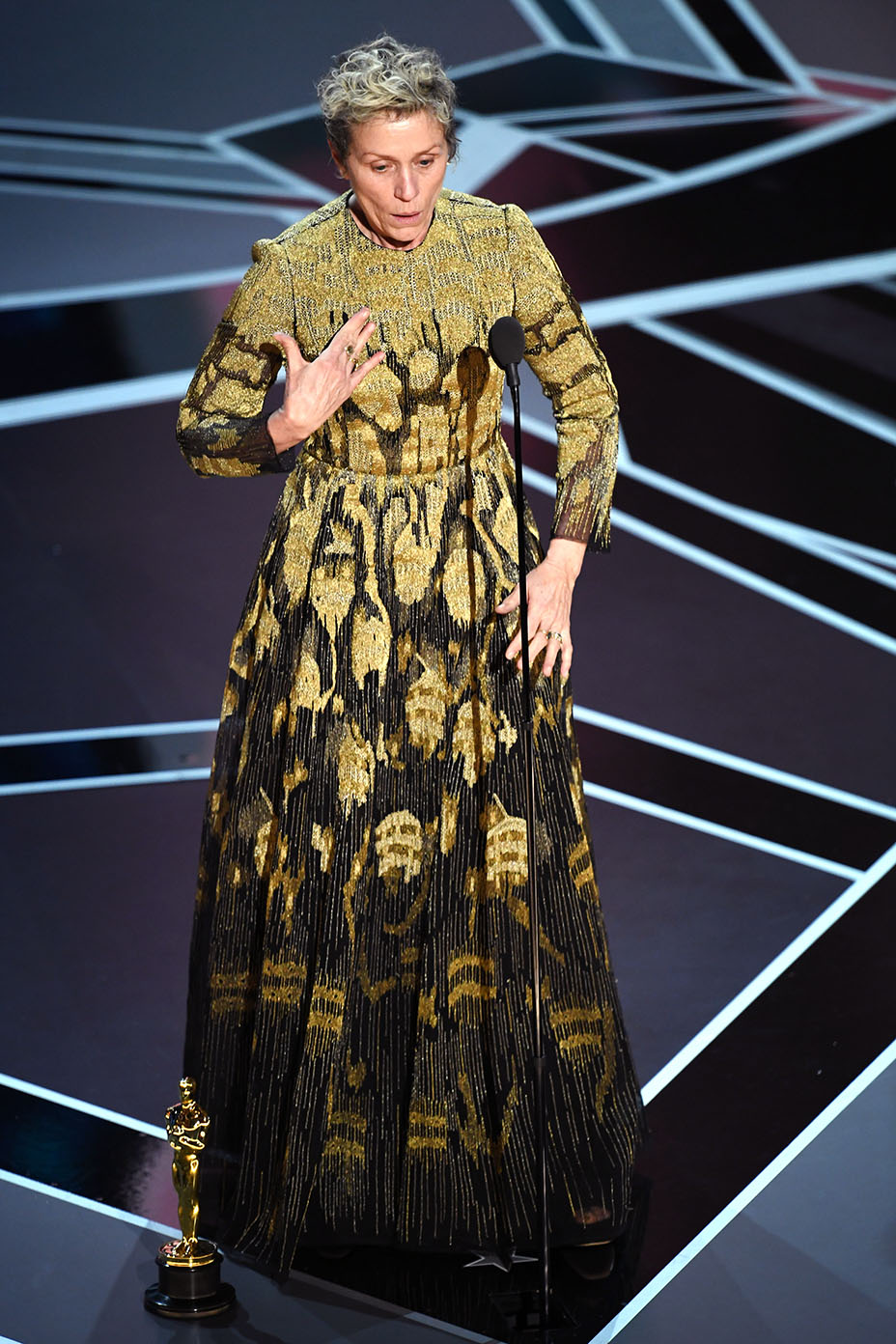 Then there was Frances McDormand, the poster woman for feminist “I don’t give a fuck” style, wearing no makeup and preaching in her best actress acceptance speech that the one thing to take away from Oscars night was “inclusion rider,” referring to the clause in a contract insuring gender and racial equality in film hiring practices. It was a more powerful statement than anything that could fit on a button or in a red carpet soundbite. 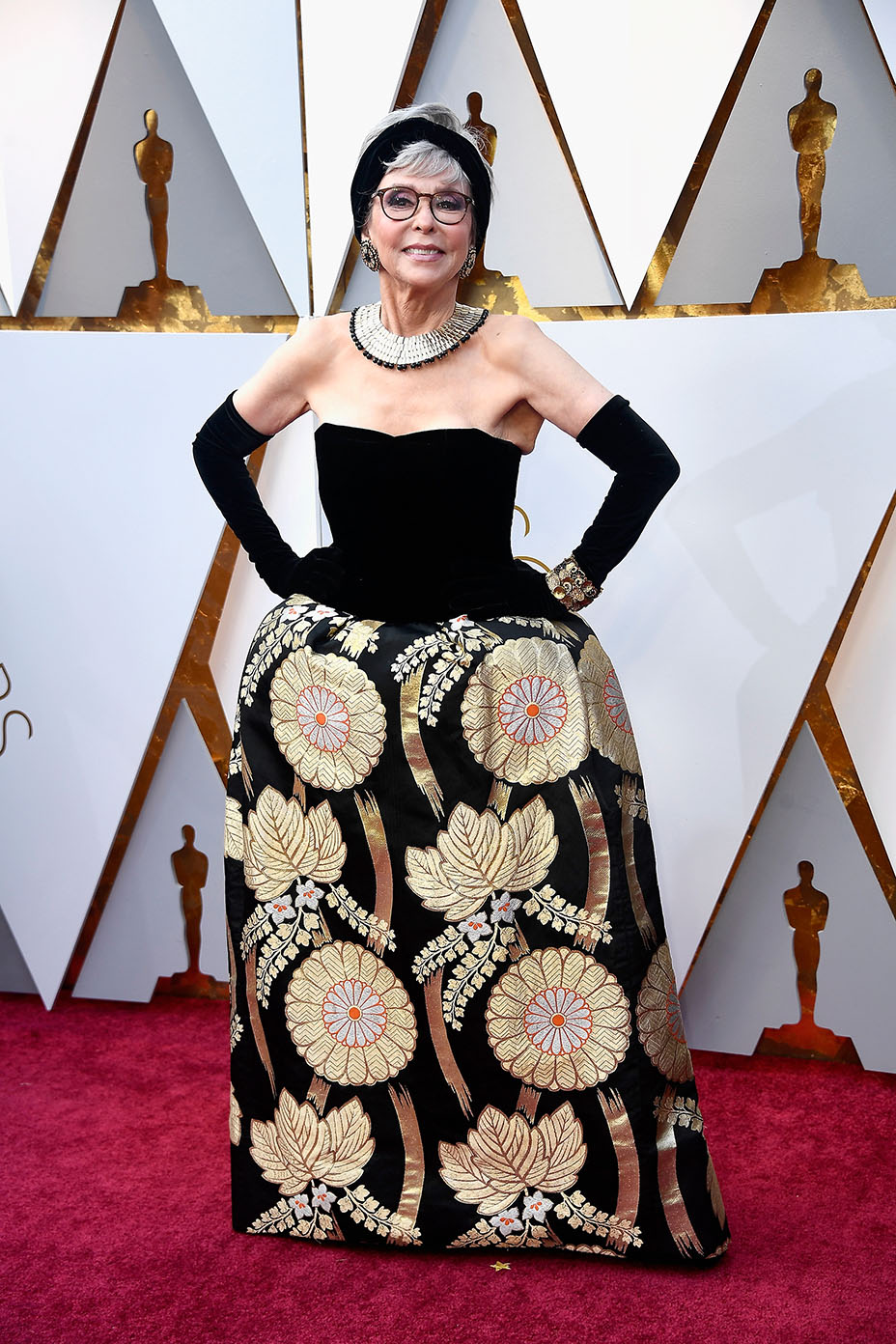 When it came to fashion, the men exercised a lot of creativity, notably the stylist-free star Timothee Chalamet in an all-white Berluti tux and Oscar-winning Call Me by Your Name writer James Ivory wearing a shirt with a drawing of Chalamet, his film’s star, on the front. How great is that? 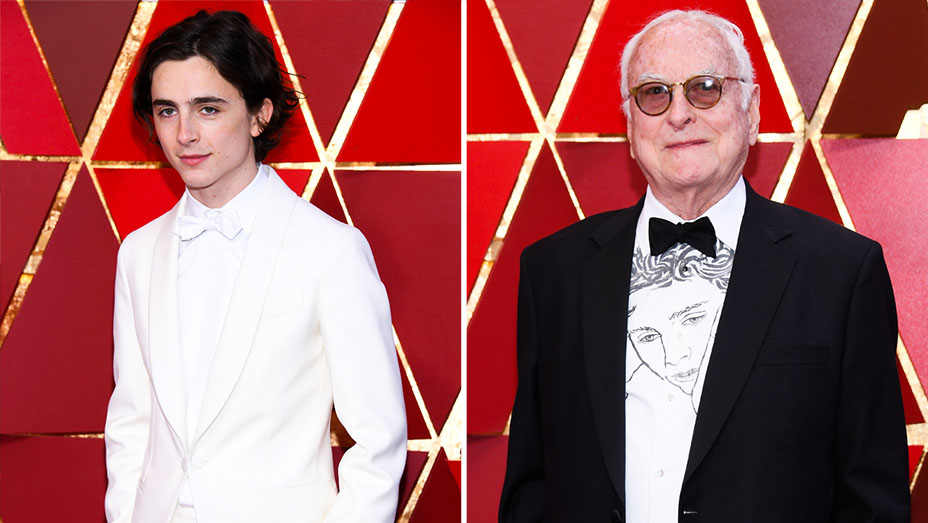 Of course, every red carpet needs at least one wild card, and Sunday, singer St. Vincent was it, wearing a Saint Laurent Flintstones’ hem mini dress that will go down in the style annals alongside Bjork’s 2001 swan dress. It was just the kind of daring people are constantly complaining is missing on today’s red carpet. Maybe this is a new beginning. 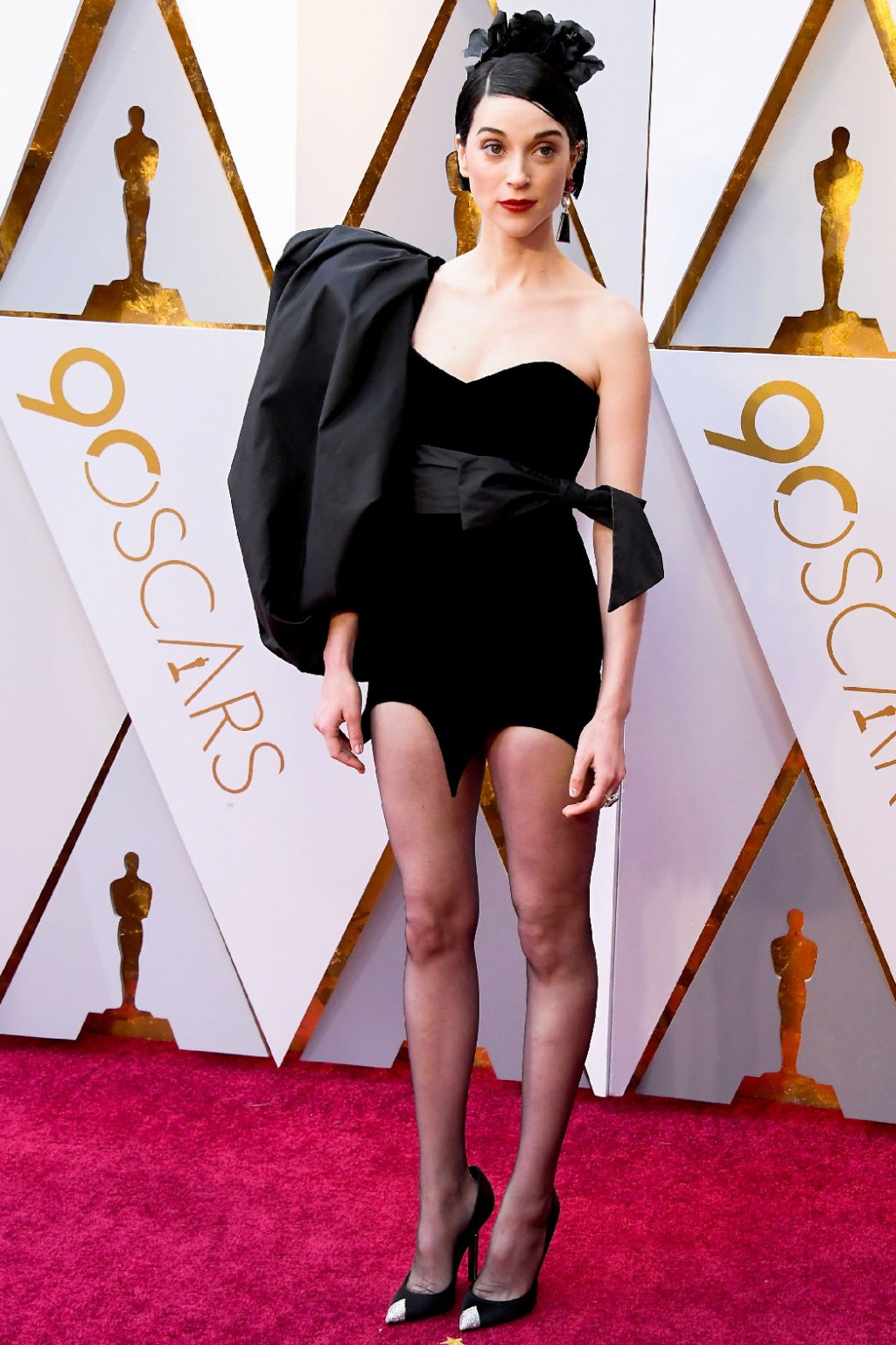