On June 29, the film Academy made a bold and unprecedented move, opening its doors to 683 new members, including the likes of actors Idris Elba, John Boyega, Freida Pinto, Michael B. Jordan and Alicia Vikander, along with writers such as Tina Fey and directors including Dee Rees, Abdellatif Kechiche and Abbas Kiarostami.

Now these younger, more diverse members — or at least the ones who have joined the Academy (Kiarostami died days after the announcement) — could reshape the Oscar race, especially in categories where nominees are separated by a thimbleful of votes. The question is how.

First, a little math. There were 6,261 voting members at the last reported count a year ago. With the incoming class, the number currently stands at 6,734, an increase of more than 7.5 percent. Given that not all the older members vote (certainly not in all categories), one might expect the incoming group to have a disproportionate impact, with their eagerness to participate and keenness to have their voices heard. But there are complications.

The newcomers are often based abroad and frequently indie-skewing. For instance, of the freshman class, 283 represent “international” members, which means they largely work in the 59 countries from which they hail. While Oscar campaigners will try to reach them with screeners, many have no access to regular screenings or Academy events, confounding any attempt to predict their impact.

Here are four representative categories which may serve as a test for how the new members impact the larger race.

Oscars Handbook: 47 Contenders Likely to Vie for the Gold

The French-language Elle and the German-language Toni Erdmann have played sensationally in foreign venues, and one or the other could conceivably tip into the final nine or 10 best picture nominees — especially if Hidden Figures, Fences, Allied and Silence (all just starting to screen) fail to generate momentum. Other foreign films have been nominated as best picture before — most recently 2012’s Amour — though admittedly there’s no clear foreign frontrunner this time.

Ironically, this is the category least likely to be affected by the new membership — at least in the nomination phase. The Academy’s foreign-language committee (any member who signs on for a hefty number of screenings at Los Angeles’ Samuel Goldwyn Theater) chooses six pictures, and the branch’s executive committee adds another three, to create a shortlist of nine. A separate appointed committee, which holds screenings in New York, L.A. and London, then reduces the nine to five nominees. Given that the branch’s executive committee has been successful at adding cutting-edge pictures, it’s hard to imagine the new members will make a huge difference. But that could change significantly when it comes to voting on the Oscar winner, making the middlebrow works that often succeeded before a thing of the past — and boding well for German submission Erdmann and French entry Elle.

2017 Oscar Producers Promise Short Ceremony: "In and Out. Nobody Gets Hurt. Just Fun"

The directors branch could be impacted the most, with 92 new members invited to join, 40 of them foreign. That means classic American auteurs such as Clint Eastwood (Sully) and Martin Scorsese (Silence) could be edged aside by an indie filmmaker such as Australian Garth Davis (Lion) or even an art house helmer such as Brit Ken Loach (I, Daniel Blake). But no foreign-language directors — the ones these newcomers might help the most — are serious contenders this year.

Three actresses appear to be a lock: Emma Stone (La La Land), Natalie Portman (Jackie) and Annette Bening (20th Century Women). But who’ll take the other two places (assuming Fences‘ Viola Davis competes as supporting actress)? French thespians (Isabelle Huppert for Elle and Marion Cotillard for Allied) are vying against the established (Meryl Streep for Florence Foster Jenkins) and the new (Ruth Negga for Loving). If the foreign contingent has any say, give the edge to Huppert, arguably France’s greatest living actress. 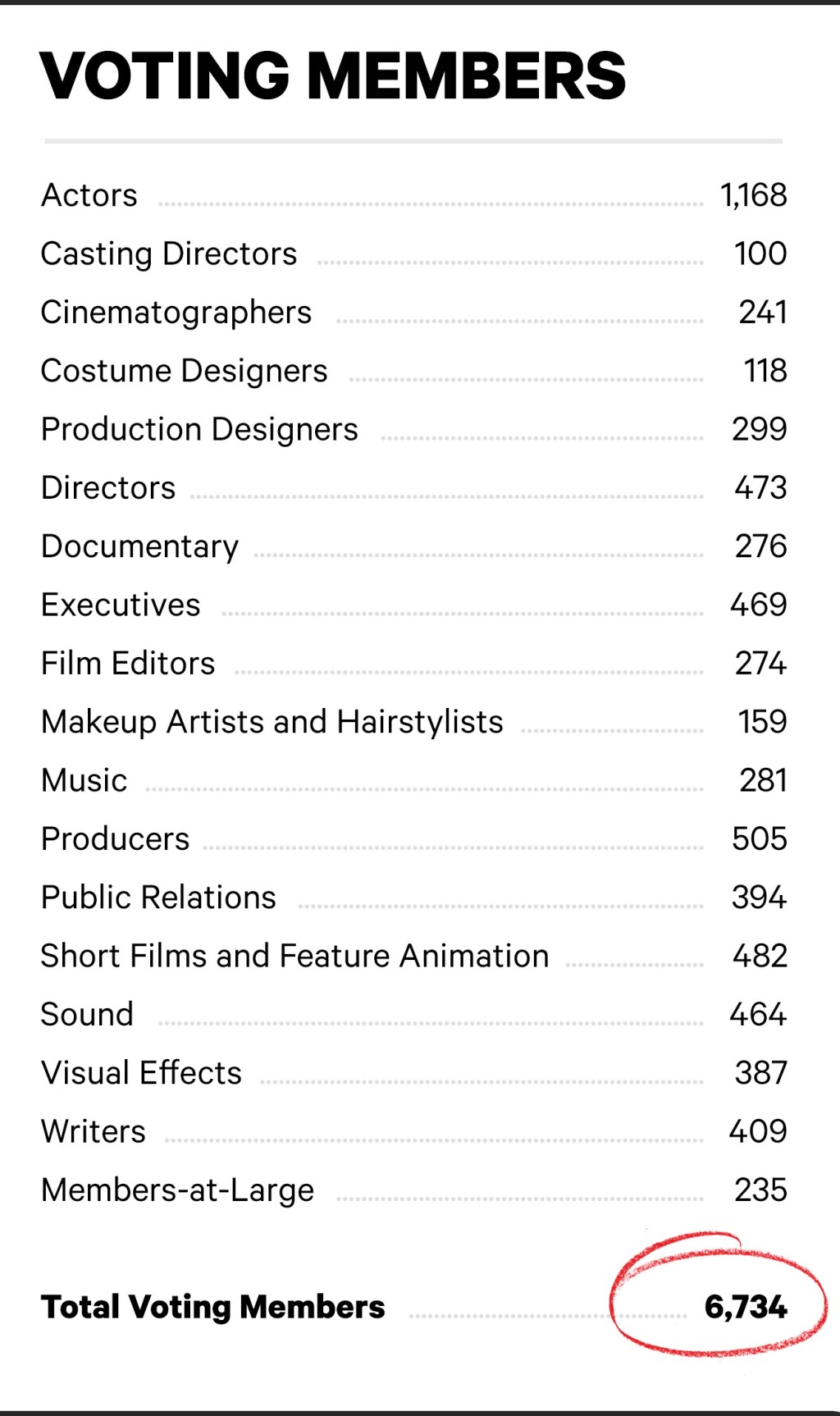