The dividing line between fiction films and nonfiction films has become increasingly porous. And this year’s field of Oscar nominees offers further evidence that it’s not always easy to separate a narrative feature’s dramatic reconstruction of reality from documentary film’s real capture of a genuinely dramatic situation.

In Nomadland — the moment’s reigning Oscar frontrunner thanks to its recent Producers Guild of America win — when Frances McDormand’s itinerant Fern attends a meetup of fellow wanderers in Quartzsite, Arizona, presided over by the real-life Bob Wells, a sort of sage of the open road, she’s visiting an actual event where van dwellers gather annually, amping up the film’s verisimilitude. And in the nominated feature-length documentary The Mole Agent, when an elderly man by the name of Sergio Chamy is hired to go undercover in a Chilean nursing home, his mission is sidetracked when he strikes up tender relationships with several lonely women, an unexpected development that lends the film an almost fictional veneer.

Hollywood movies have, of course, often turned to real-life events for inspiration. But Chloé Zhao’s Nomadland takes its commitment to fact a step further. It doesn’t just dramatize the stories told in Jessica Bruder’s book on which it is based. Instead, it lets the folks that Bruder met on the road — Linda May, Swankie — speak for themselves, telling their own stories. As McDormand has explained, “Working with nonactors, I was always trying to be like, ‘Oh, maybe I can help. Maybe I can say something and help them talk.’ And what Chloé really needed me [to do] was just to be quiet and be there and be a part of the architecture of the scene.”

Like Nomadland, several of the season’s narrative films also blur the line between fact and fiction. In The Trial of the Chicago 7, writer-director Aaron Sorkin had to be necessarily selective in reducing the five-month trial to just two hours, but his film does dip its toes into unfiltered reality when its scenes of the 1968 Chicago riot borrow footage from Haskell Wexler’s groundbreaking Medium Cool, which plunged a fictional cameraman, played by Robert Forster, directly into the actual melee outside the Democratic National Convention. And in an even more daring gambit, Sacha Baron Cohen has created a veritable docu-comedy hybrid in his Borat Subsequent Moviefilm. His comic alter ego may come equipped with prepped one-liners and possible scenarios as he wanders through Trump’s America, but when he takes the stage in front of a crowd of guns rights’ enthusiasts, he’s facing a real and unpredictable situation in which the crowd turns against him. 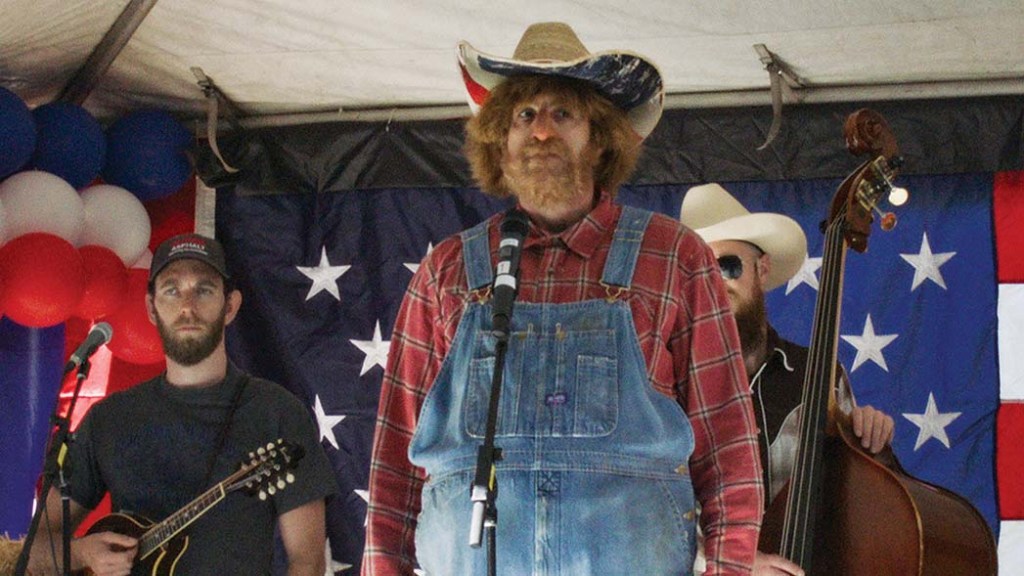 Coming from the other side of the street, most of this season’s doc nominees approximate fictional narratives in their storytelling techniques. “It’s a trend that’s a long time coming and evolving,” says Thom Powers, artistic director of the DOC NYC festival. “I wouldn’t describe the moment as a breakout year, but it may be more prominent in the films coming to the Academy’s attention.”

Collective, for example, plays like Spotlight as its dogged investigative reporter slowly uncovers the corruption in Romania’s health care system. My Octopus Teacher, as it traces the relationship between diver Craig Foster and a solitary cephalopod, reaches for the emotional impact of an old-fashioned weepie like Old Yeller. And The Mole Agent, which at first looks as if it’s setting out to be a conventional exposé of elder abuse, instead turns into a touching tale of love among the ruins.

Many documentaries set out to explain events that already are in the rear-view mirror — that’s the tack that Crip Camp takes as it recounts the growth of the disability rights movement by looking back to the early ’70s and the summer camp where so much activism first took root. But the above films all commit themselves to stories that still are playing out when their directors first turn on their cameras. Even this season’s fifth doc nominee, Time, while it relies on lots of home footage shot over the years to illustrate the two-decade crusade Fox Rich waged to free her husband from incarceration, started shooting current footage before it was clear whether or not her efforts would be successful.

Such docs, rather than serve as omniscient “explainers,” lean into their unexpected twists, turns and emotional payoffs. For even as some fiction films are bending toward fact, this current crop of documentaries is giving fiction films a run for their money for storytelling effect.