In ancient Greece, actors wore masks, the two most famous of which — those representing comedy (the smile) and tragedy (the scream) — live on to this day on the SAG Awards’ statuette, “The Actor.” Those masks are equally sized, but, in the present time, not necessarily equally valued. For as long as there have been movies, comedies have tended to draw big audiences, but tragedies — or dramas — have received more, as Rodney Dangerfield would put it, respect.

Probably for this reason, many who achieved their first success in comedy — actors, as well as writers and directors — have at some point sought to transition into drama. This was a cliche as far back as 1941, when the great comedy writer-director Preston Sturges made Sullivan’s Travels, a film about Hollywood’s top director of comedies striving to make a socially relevant drama — at least until he sees how laughter enriches the lives of people who have little else, at which point he returns to comedies.

This awards season, many who first made their name in comedy are in contention for drama projects. One cannot know their true motivations, but some first attempted the transition years ago and succeeded well enough to be able to continue. Others are making their first attempt at the jump.

It’s easy to forget that Bradley Cooper was merely “the guy from The Hangover,” the 2009 comedy sensation, before his collaborations with David O. Russell — Silver Linings Playbook (2012) and American Hustle (2013), still comedies — earned him Oscar noms and cred. Then, in 2014, his performance as Chris Kyle in American Sniper, for which he received an Oscar nom for the third year in a row, and his simultaneous turn in Broadway’s The Elephant Man, for which he received a Tony nom, proved he could handle drama.

This year, with the critically acclaimed blockbuster A Star Is Born — which he co-wrote, directed, produced and stars in as an alcoholic country music star, competently holding his own singing opposite Lady Gaga, including some songs that he helped write — he completes his transformation into a full-fledged auteur. Cooper seems poised to garner multiple Oscar noms and maybe even his first win(s). (And he’s taking others along for the ride — stand-up legends Dave Chappelle and Andrew Dice Clay play key supporting parts in the film.)

Matthew McConaughey has traversed a somewhat similar path. After becoming a star with the 1996 courtroom drama A Time to Kill, he was lured into five rom-coms over eight years, which proved huge hits but undermined the industry’s regard for him. Eventually, a multipage People spread of paparazzi photos showing him running shirtless on the beach awakened him to the fact that he had become a joke, and he did something about it. During an 18-month period, he turned down all offers, some of which would have been hugely lucrative; shut down his film production company and music label to eliminate distractions; and began “unbranding” himself.

When he returned with acclaimed performances in serious films released in 2011, ’12 and ’13, the term “The McConaissance” was born, peaking in spring 2014, when he won the best actor Oscar for Dallas Buyers Club and anchored the first installment of the trailblazing HBO limited series True Detective, for which he earned an Emmy nomination. He’s had an up-and-down few years since, but he returned this year in Yann Demange‘s White Boy Rick, a so-so drama in which he gives a standout performance as a well-meaning but deeply flawed father.

Steve Carell‘s crossover into drama was about as sudden and unexpected as anyone’s. Though he did Shakespearean theater in college, the public came to know him through his work on The Daily Show, on which he appeared from 1999-2005, and didn’t even realize he was an actor. Then he proved his chops in laugh-out-loud films, most prominently 2005’s The 40-Year-Old Virgin, and on TV’s The Office from 2005-11. And then, out of the blue, he showed up as a mentally deranged millionaire in Bennett Miller‘s Foxcatcher (2014), for which he garnered raves and wound up with his sixth SAG Award nom and a best actor Oscar nom.

This year, Carell shined in his most serious role since that one, as a father desperately trying to rescue his son from the clutches of addiction in Felix van Groeningen‘s Beautiful Boy. (Before year’s end, he’ll also be seen in the dramedies Vice, marking a reunion with The Big Short director Adam McKay, and Welcome to Marwen, which was adapted from a documentary.)

Carell’s Office alum John Krasinski (who appeared on the show from 2005-13) is in the midst of his own Cooper/Carell-esque reinvention. It’s not that he hasn’t done dramatic films over the years — he popped up in Sam Mendes‘ Jarhead (2005), Gus Van Sant‘s Promised Land (2012) and Kathryn Bigelow‘s Detroit (2017); it’s just that, with the exception of 13 Hours (2016), no one really saw them. 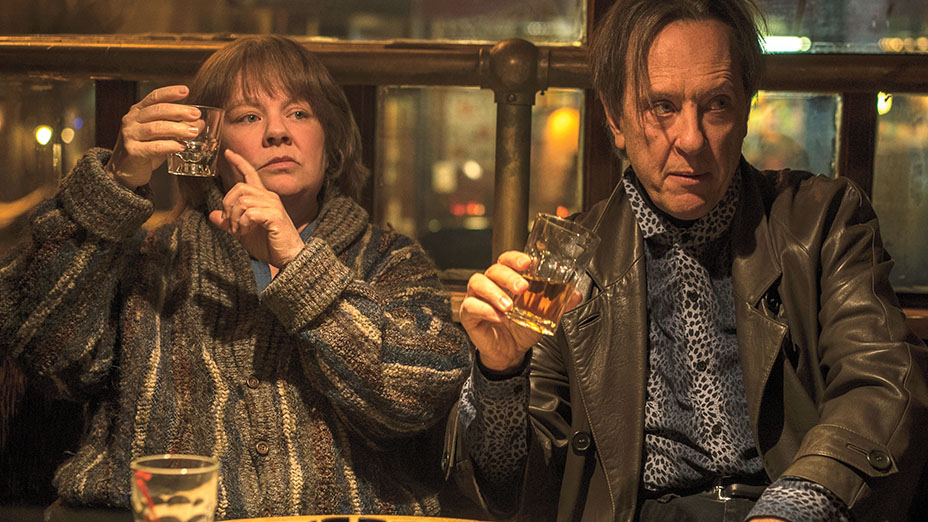 A Quiet Place, however, proved different. The film, which he co-wrote, directed and stars in opposite his wife, Emily Blunt, had every reason to fail — a horror film released in the spring, it’s essentially a silent movie — but he made it in such a way that people flocked to see it, and now he is, for the first time, the subject of Oscar buzz in the categories of best director and best supporting actor (the argument for the latter categorization being that the film is a true ensemble with no leads). Whether or not those pan out, the industry won’t look at Krasinski the same way again.

The same is true for Melissa McCarthy, who became a comedy-world rock star with Bridesmaids — she became the rare performer to receive an Oscar nom for a comedic turn — and then continued to anchor raunchy comedies, solidifying herself as one of the 21st century’s few true movie stars, in the sense that people consistently buy tickets to see a movie when they know she’s in it.

One day, though, McCarthy’s husband, director and character actor Ben Falcone, left a script for Can You Ever Forgive Me? that he had been sent lying around, and she picked it up and fell in love with the lead female character, Lee Israel, an author who fell upon hard times and then climbed out of them by plagiarizing letters from famous people. Julianne Moore was supposed to play the part, but when she dropped out, McCarthy dropped in, and her performance has generated some of the strongest reviews of her career, with a best actress Oscar nom now looking likely. It’s not a straight-up drama, if only because McCarthy manages to make things funny that others never could, but it’s more dramatic than anything she’s done before.

There are others who did unexpected things this season and could wind up with awards recognition. Take, for instance, Stan & Ollie leads Steve Coogan, who plays Stan Laurel, and John C. Reilly, who plays Oliver Hardy. They’ve both done drama before, perhaps most notably Philomena (2013) and The Thin Red Line (1998), respectively, but they may never have had to dig as deep dramatically as they did for this film, which is, ironically, about comedians.

Bo Burnham, a 28-year-old who established himself doing YouTube and stand-up comedy, made his first film as writer and director, Eighth Grade, about the trials and travails of a young girl — and while it features elements of comedy, it strikes me primarily as a drama, and an excellent one at that.

Jonah Hill, who graduated from teen comedies like Superbad to adult comedies like The Wolf of Wall Street, picking up two acting Oscar noms along the way, has now written and directed a deeply personal and powerful drama about skateboard kids, Mid90s, and could land in the original screenplay race — possibly alongside Vice’s McKay, who first made his mark directing Will Ferrell comedies. And Peter Farrelly, co-responsible (with brother Bobby) for some of film’s most legendary gross­out jokes in hits like Dumb and Dumber and There’s Something About Mary, has co-written and directed a drama — one with complex racial themes — in Green Book.

Sandra Bullock, the female rom-com version of McConaughey for many years before landing an Oscar for The Blind Side, leads the Netflix thriller Bird Box. And an unrecognizable Mike Myers, best known for Wayne’s World and the Austin Powers comedies, is at the center of several important scenes in the drama Bohemian Rhapsody.

As Sullivan’s Travels suggests, comedy may provide a public service at least as important as drama — but that won’t stop comedy people from trying their hand at drama, particularly during awards season.

While she may be known for her comedic work in films like Beauty Shop and Last Holiday, Latifah stepped back into her musical roots — previously showcased in Chicago and Hairspray — for 2016’s Bessie. Latifah snagged her second individual SAG Award for Bessie after winning for Life Support in 2007.

Known for her work as a comedian on TV’s The Parkers and in the 2008 film Welcome Home, Roscoe Jenkins, Mo’Nique garnered her first SAG Award nomination and win for playing an abusive mother to Gabourey Sidibe’s titular heroine in Lee Daniels’ 2009 drama. She went on to win the Oscar that year.

Recognizing superhero fare when it comes to SAG nominations is not usual, but Heath Ledger’s career-defining turn as the Joker in Christopher Nolan’s The Dark Knight was an exception. With his second nom, after Brokeback Mountain in 2006, Ledger posthumously won for best supporting actor in 2008.