If anyone needed a silver lining to November’s presidential election results, it could be the Oscar nominations that went to five socially relevant documentaries with messages now even more urgent in Trumpworld. Italian director Gianfranco Rosi’s Fire at Sea (Kino Lorber) gives the global refugee crisis a poetic treatment and a human heart. Three other nominees center on race in America, including the frontrunner, Ezra Edelman’s nearly eight-hour O.J.: Made in America (ESPN), about the history and fallout of the O.J. Simpson murder trial. Ava DuVernay’s 13th (Netflix), about the incarceration of black men in America, draws a direct line from slavery and Jim Crow to the penal system today. And Raoul Peck’s I Am Not Your Negro (Magnolia), based on James Baldwin’s work from the 1960s and ’70s, positions Baldwin as the most prescient writer since George Orwell. Even the one nonpolitical nominee of the bunch, Roger Ross Williams’ affecting Life, Animated (The Orchard), raises social awareness, capturing how a young autistic man found his voice by watching Disney cartoons.

Serious-minded docs — such as Michael Moore’s gun-control polemic Bowling for Columbine (2002) and Laura Poitras’ Edward Snowden interview, Citizenfour (2014) — often resonate with Oscar. And this year, there’s not a “light” movie nominated, in sharp contrast to years when music-themed bio-docs seemed to have the edge (Amy, about Amy Winehouse, won last year; Twenty Feet From Stardom, about backup singers, in 2014; and Searching for Sugarman, about rock ‘n’ roller Rodriguez, in 2013). 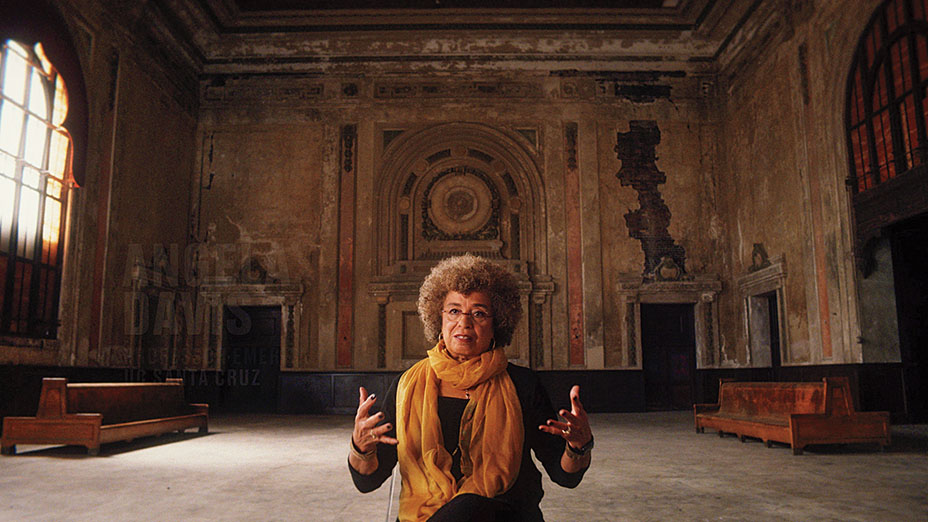 This year’s films, chosen by an Academy membership made more diverse after a concerted effort by president Cheryl Boone Isaacs and CEO Dawn Hudson, are more necessary than ever given the current state of journalism. Reporters are trapped in a deadly serious game of whack-a-mole, scrambling to shut down one “alternative fact” after another and respond to an onslaught of executive orders and the protests they provoke. Documentaries can investigate deeply, make political issues visceral and take a longer view than today’s increasingly frenetic news cycle allows. And these gracefully made features don’t sacrifice artistry as they unearth facts. 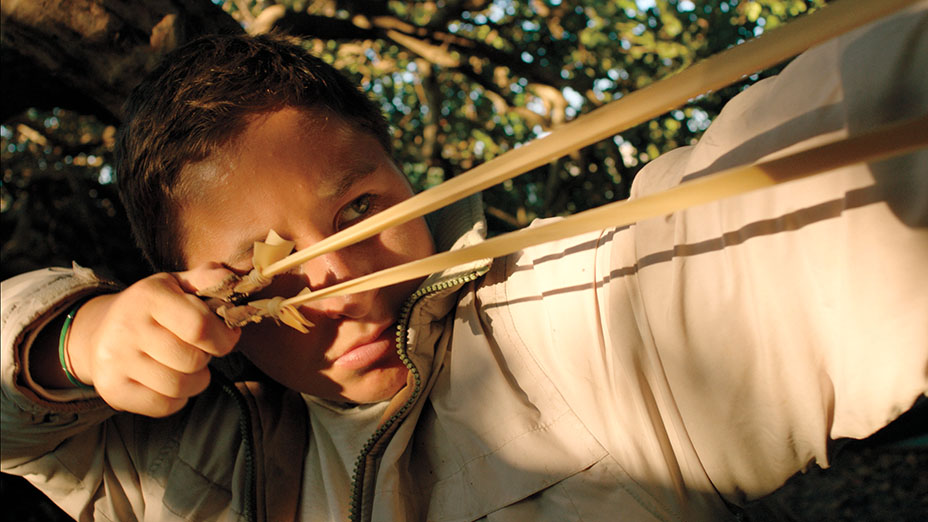 Nonfiction films always are shaped and edited and often are opinionated (as these five are), but that doesn’t make them less forceful or real. The nominees about race, enriched by deep research into the past, also deftly illuminate the moment we exist in now, using contemporary scenes sparingly but to sharp effect. In both 13th and I Am Not Your Negro, the brief image of a beaming, fresh-faced Trayvon Martin is a reminder of how young black men routinely are perceived and judged in ways that literally can be deadly.

13th is traditional in its talking-heads format and use of statistics, such as this one: One in three black men will be imprisoned in their lifetime, compared with one in 17 white men, according to the Bureau of Justice — numbers out of proportion to the population. But the film’s contemporary thwack leaps off the screen without comment. DuVernay uses a famous Trump line about a protester from a 2016 campaign rally — “I’d like to punch him in the face” — over footage, circa 1950s, of a black man surrounded and punched by whites on a suburban sidewalk.

Ava DuVernay's Advice to Women in Hollywood: "Fight for Your Stories"

Edelman places the 1995 trial of Simpson — whose acquittal stunned white observers while many black Americans cheered — in the context of the deep divide in American culture. The film is a reminder of the fractured way we continue to think about race, identity and fame. (Simpson reportedly told friends he wasn’t black, he was O.J.) The film arrived during the heart of the presidential campaign season and endures in a country where racist comments and behavior increasingly are making headlines.

Peck’s film uses clips from Baldwin’s public appearances and of his writing, narrated by Samuel L. Jackson. Like Edelman and DuVernay, the Haitian-born filmmaker underscores his points by layering images and voices. “The story of the Negro in America is the story of America. It is not a pretty story,” says Baldwin. That line is juxtaposed with stock market tickers in today’s Times Square and Baldwin’s observation that even people who pretend to care about the country only are interested in “their safety and their profits.” 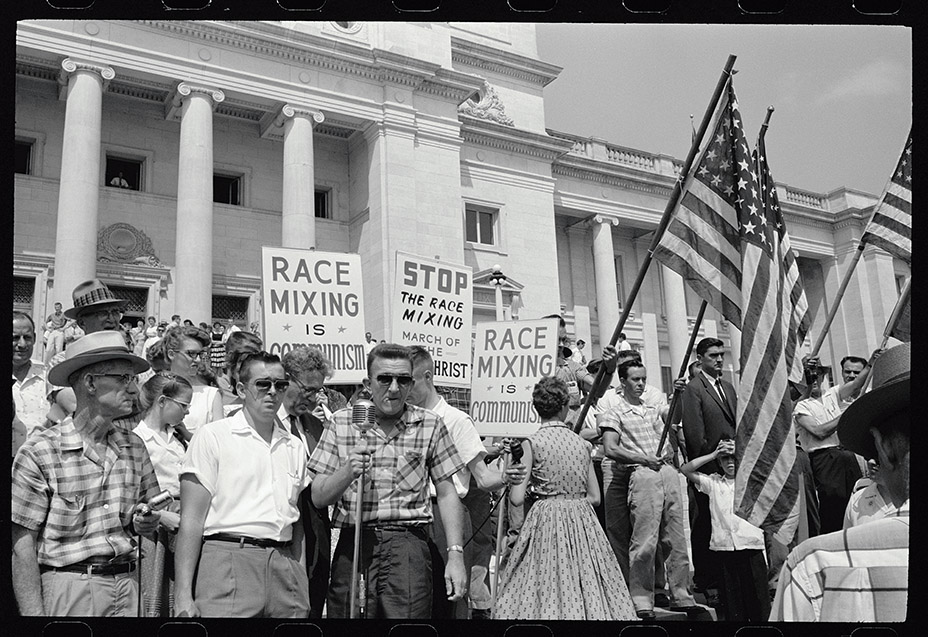 The visually stunning Fire at Sea has the feel of a drama. It immerses viewers, without narration, into the lives of a boy and his fisherman father on the Italian island of Lampedusa, between Africa and Sicily. Refugees arrive on the island’s shore — some pulled from boats, dehydrated and ill, others dead. The daily routine of the residents and the reality of the refugees remind us that this microcosm reflects an enormous humanitarian crisis. The film’s impact is heightened now that barring refugees has become an American policy issue.

When news arrives filtered through partisan outlets or White House doublespeak, these resonant documentaries offer just the kind of artistic journalism we need. 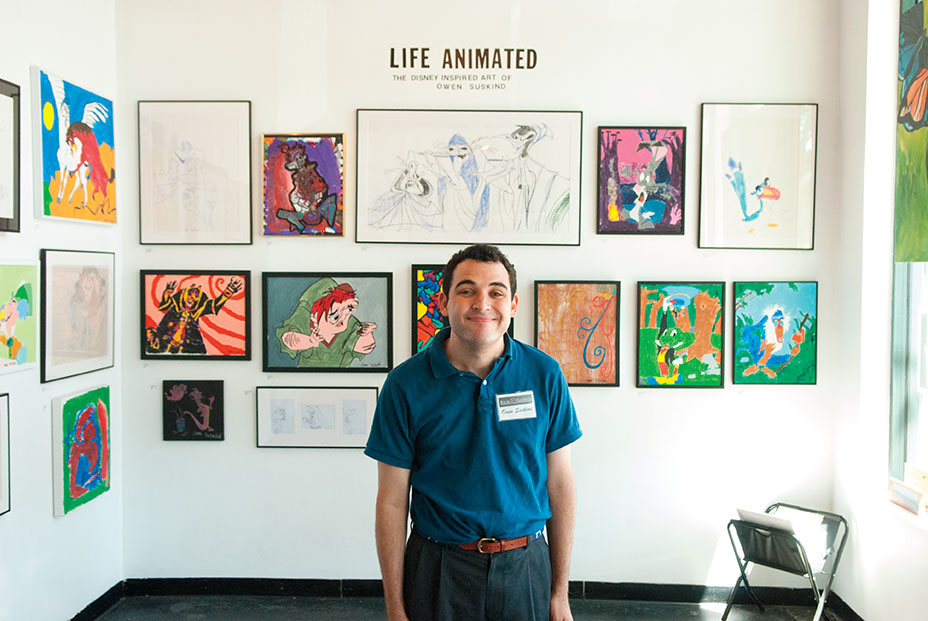 DOC SHORTS NOMINEES: STORIES RESHAPED BY THE POLITICAL LANDSCAPE
The helmers of the documentary short nominees say their films’ messages have gained power in light of American policy churn on health care and immigration. They spoke with THR about their films in the context of the current climate. — by Anna Lisa Raya

“I originally conceived of Extremis as a rigorously apolitical film — one that deliberately eschews questions of policy and plumbs deeper questions about the ways we choose to die. Yet today, it’s impossible to deny the truth of our new reality: All films are political. Extremis depicts doctors, patients and families grappling with a thoroughly modern dilemma: Should medical technology be used to sustain life at any cost? As the Trump administration moves to repeal the Affordable Care Act, appoint to the U.S. Supreme Court Neil Gorsuch (a skeptic of ‘death with dignity’ laws), and give greater authority to faith-based policymaking, this most fundamental question is growing increasingly urgent.”

“When making 4.1 Miles I knew the topic was timely enough as the refugee crisis was picking up in Europe and Greece. A year and a half later the film is more relevant than ever, especially in the United States. The children and mothers that have just escaped the war in Syria and other conflicts in the Middle East are these exact same terrified children and mothers now making the deadly crossing to Greece, captured in our film. What some people seem to not realize is that these people do not choose to leave their homes. They are un-rooted and there isn’t a more tragic feeling for a family having to go, to leave everything behind, under the most deadly circumstances. These families, who are only asking to survive in 4.1 Miles, are the same families that the current U.S. administration is turning its back on.”

“Joe’s Violin is about many things, including the power of music, the importance of arts education, and survival in the darkest of times. With the Trump administration slashing arts funding, the already underfunded music and arts programs in our schools may be seriously threatened. Joe’s Violin illustrates the vital importance of music education by showing the life-changing impact it had on the main subject, 12-year-old Brianna Perez. Our film is about the potential of people from different backgrounds and generations to connect. Our other main subject, Joe Feingold, arrived in the U.S. in 1947 as a displaced refugee from Poland. The recipient of his violin, Brianna, is the daughter of immigrants from the Dominican Republic. They are emblematic of so many who make up the fabric of this country.”

“The Syrian conflict has been the subject of so many news reports and documentaries that global audiences are desensitized to what it means to be a victim of war. That is why, with Watani, I was determined to show the reality of war through the eyes of children who are the ultimate innocent victims. We are all part of a family — everyone can understand the need to protect children and the huge tragedy of having to choose between people and a place. America represents a place to succeed — and I hope that through this film the public can see that the people of Syria would never have left it if they had any other choice. They love their homeland, like many Americans love the United States. What Watani shows, almost uniquely I believe, is the psychological as well as physical toll of the refugee journey and the incredible impact that finding a place of safety can have. Farah, Sarah, Helen and Mohammed have a brighter future because they have been accepted by another nation while theirs lies burning. We should not deny others that chance.”

“The White Helmets are a group of impartial volunteer first responders who risk their lives each day to save people trapped in the rubble of buildings after air strikes. In the last 12 months they have been recognized globally for their courage and integrity with a Nobel Peace Prize nomination, a Right Livelihood Award, a Time magazine cover and endorsements from the United Nations, the European Union and governments across the world. We always hoped our film would help magnify the work of these incredible humanitarians and bring their message of hope and resilience to a wider audience. When we found out the film had been nominated for an Academy Award we were over the moon and proudly shared the news with the White Helmets. Their busy schedules allowing, we planned to invite the group’s head, Raed Saleh, and our cinematographer and White Helmet, Khaled Khatib, as our honored guests. However, our initial jubilation and excitement soon turned to dismay at the announcement of these discriminatory travel bans that have seemingly made it impossible for these outstanding humanitarians to attend the Oscar ceremony. When such decorated heroes are barred entry to the country that was founded on principles of welcoming others, that is a deeply worrying sign of what is to come in the future. When the White Helmets are saving lives they do not make distinctions about who they save. They will save anyone in need.”