Continue to The Hollywood Reporter SKIP AD
You will be redirected back to your article in seconds
Skip to main content
April 14, 2021 11:59am
Logo text

Whether it’s revisiting a historical event or amplifying the confusion emanating from a lead actor, each of this year’s Oscar-nominated film editors was faced with unique challenges to make their stories work.

For Sound of Metal, it was a major shift in the opening of the movie. “The crucial moment for this film happened when we moved the concert up to the start,” says editor Mikkel E. G. Nielsen of his work on the film, which uses picture and sound to follow the experience of drummer Ruben (Riz Ahmed) as he suffers hearing loss. Initially, the movie opened with Ruben and girlfriend Lou (Olivia Cooke) in their Airstream. Instead, the opening shot features Ruben sitting at his drums in anticipation of a performance, and then the concert begins. “The concept — mirroring the end shot [of Ruben] sitting in quiet reflection — suddenly made a circle for me in the edit, and you enter a world with that sound of a feed of the guitar, and you see him just sit and he’s just ready. And then you sit with him in peace in the end, it’s the exact same kind of shot that just made a whole that really worked well. [The opening sequence also] told me who he is. It told me the relationship with Lou, who she is. And [next, in the Airstream,] you see Rubin fixing the breakfast. [It’s] so tender, and they have such a beautiful relationship. … [The opening] really helped us connect with the characters and tell who Ruben is. And also, it awakens the senses of sound.”

The approach to the riots surrounding the 1968 Democratic National Convention proved a challenge to The Trial of the Chicago 7 because, on a tight schedule and budget, “we knew the filming of these large-scale events was going to be restricted,” says editor Alan Baumgarten. The use of archival material wasn’t written into the script, but he thought it could “add scale and complexity and also expand our storytelling.” He and his assistants assembled a library of material, including archival material and footage from Haskell Wexler’s 1969 film Medium Cool about the same events. “While some of the archival footage we found matched ours remarkably well, we chose to make it all black-and-white,” Baumgarten relates. “This added an extra layer, or texture, to the riots, and it suited the style of these sequences as well — there was already a fragmented structure built in, with cross-cutting happening between different narrators, time periods and locations. The archival footage became an element that also helped add a new rhythm to the cutting – sometimes I would use quick flashes to energize or accelerate a moment. I was careful to use the footage sparingly, as it was always meant to serve as an accent or brushstroke.  The fact that it added authenticity and a direct connection to the actual events made it feel like it was meant to be.”

For Emerald Fennell’s Promising Young Woman, editor Frédéric Thoraval says one of the trickiest parts of the edit involved transitioning from a scene that ends with a kiss at the coffee shop shared by Cassie (Carey Mulligan) and Ryan (Bo Burnham) following a disagreement to the playful sequence in the pharmacy as they dance to Paris Hilton’s “Stars Are Blind.” “We needed to feel that she’s falling for him,” says Thoraval, who says an editor might connect two such scenes with score. “The work we had to do was to try to find the best way to lead into that scene, as seamless and naturally, and arrive to that song,” he says, noting that they worked on the lead-up to the kiss, giving Cassie time alone “so it’s more earned” and then ending that score before moving to the pharmacy. “As soon as we worked on those two elements, the coffee shop and the lead-in to the scene in the pharmacy, everything clicked.” 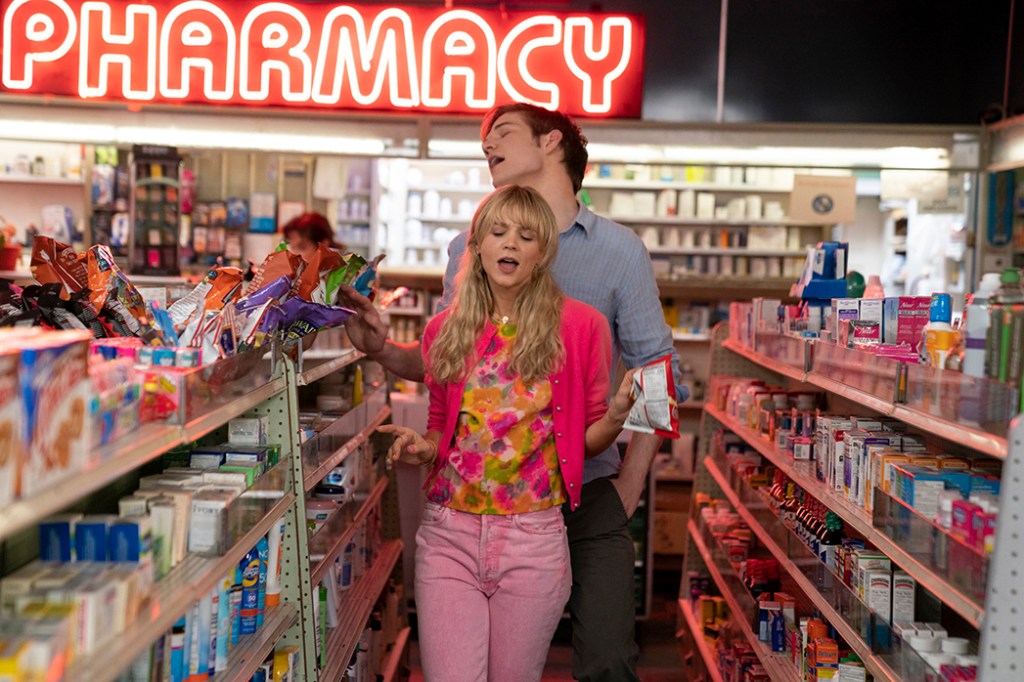 Chloé Zhao wrote, directed, produced and edited her road movie Nomadland. Zhao wanted to expose the viewer to the world of modern-day nomads through the eyes of Fern (Frances McDormand), and so she says the edit had to be from Fern’s perspective. “There is a delicate balance [in the edit] of how much you go with landscapes without checking back to Fern,” she explains. “Because the moment you lose that perspective, you’re out of it. It becomes a travel video.”

For editor Yorgos Lamprinos, the most complicated aspect of The Father wasn’t about one particular scene but the approach to the film as a whole, which allows the audience to enter the mind of Anthony (Anthony Hopkins), a man struggling with dementia. “We needed the audience to be as confused as he is but without ever taking it too far so that they could fail to follow the story. It’s achieved through many vehicles including overall pace and the production design by Peter Francis that plays a big role in this film,” he says. “There is a lot of deliberate repetition going on that needed to be balanced so that the audience never gets tired of it. The main focus is Anthony, but we [also needed] to make the audience shift its empathy to his daughter Anne (Olivia Colman) and everyone involved. We wanted the audience to be active and to have a strong emotional response and ask questions about themselves and others — questions that concern us all.”

A version of this story appears in an April stand-alone issue of The Hollywood Reporter magazine. To receive the magazine, click here to subscribe.