The actress beat out Sally Hawkins (The Shape of Water), Margot Robbie (I, Tonya), Saoirse Ronan (Lady Bird) and Meryl Streep (The Post).

“So I’m hyperventilating a little bit,” McDormand was quick to joke when first beginning her acceptance speech. After thanking her loved ones, the actress explained that she wanted to gain perspective, as she then powerfully acknowledged the female nominees in the arena, asking each of them to stand with her.

After her win, Call Me by Your Name’s Timothee Chalamet posted a photo of the four remaining nominees (Hawkins, Robbie, Ronan and Streep) in a group hug. 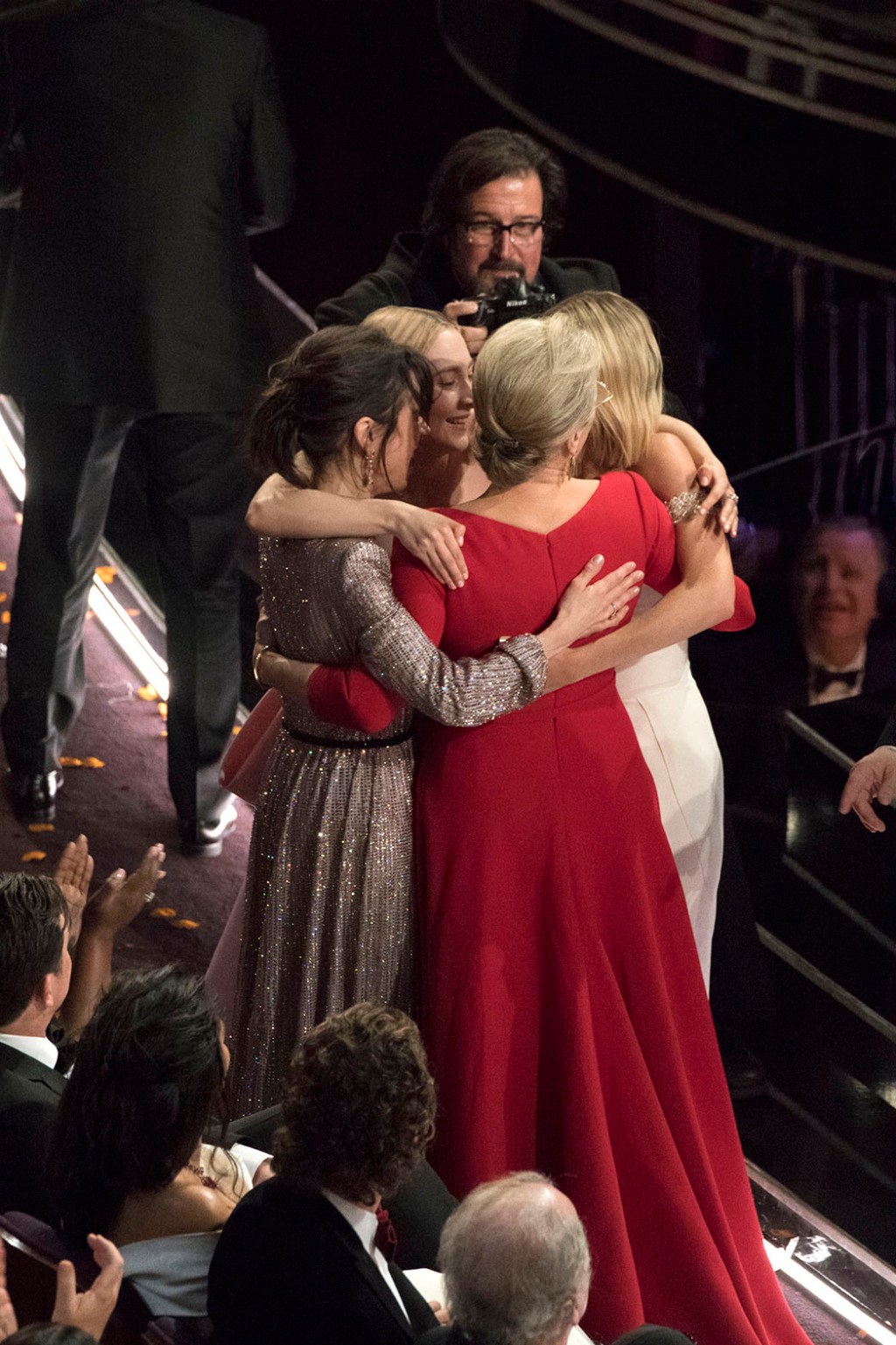 McDormand has had massive success this award season, also previously having won best actress during this year’s Golden Globes, SAG Awards and Film Independent Spirit Awards this year for her Billboards role.

Jimmy Kimmel returned as host of the 90th annual Academy Awards, which took place at the Dolby Theatre in Los Angeles.