Oscar night’s best picture fiasco — in which the top award was mistakenly given to La La Land before it was taken back and handed to the actual victor, Moonlight — continues to be a car wreck replaying in slow motion. And as it does, more details are emerging about how the unprecedented gaffe affected those at the center of the pile-up.

Having just felt the elation of being called to the stage as a best picture winner, La La Land producer Fred Berger sensed something was wrong. Standing alongside his fellow producers Jordan Horowitz and Marc Platt, he looked out from the stage and saw a crewmember next to the timer clock waving his arms frantically and furiously shaking his head no.

Then Berger heard some commotion and yelling coming from backstage. At first, he wondered if an interloper, a protester of some kind, had wandered onstage. A stagehand walked onstage (which should never happen during a live show) and showed Berger and Horowitz the envelope that said “La La Land, Emma Stone” on it as Platt gave his acceptance speech. Something was going very wrong, but in the chaos, Berger and Horowitz still didn’t know what was happening. In the audience, several Lionsgate executives were hugging each other and jumping up and down when one of their colleagues uttered ominously: “Something is wrong with the card.”

Platt, also unaware of what had happened, wrapped up his speech and pushed Berger toward the microphone. At first Berger said no, but with the mic sitting open, he had to talk. And then, he ended his speech by saying: “We lost, by the way.” Horowitz rushed in and said, “There’s a mistake — Moonlight, you won best picture.”

It was the biggest blunder in Oscar history, with many in the media initially blaming presenters Warren Beatty and Faye Dunaway. But several hours after the event, PricewaterhouseCoopers, the accounting firm that tabulates and hands out the results, took responsibility for the mistake and issued an apology to all involved.

The chaos came about because Beatty had been handed the wrong envelope — he was given the extra copy of Emma Stone’s best actress card — by Brian Cullinan, chairman of the U.S. board of PwC. Sharing Academy Award duties with colleague Martha Ruiz, Cullinan is known for being enamored with Hollywood and tweeted a photo of Stone backstage after her win, just minutes before he handed the wrong envelope to Beatty. The only two people who know the results ahead of time are the two accountants from PwC, who each have a full set of envelopes and stand in opposite wings of the theater since they don’t know from which side the presenters will enter.

No one has yet offered an explanation as to why the PwC accountants didn’t immediately correct the mistake, especially when Beatty was clearly confused and paused before showing the card to Dunaway, who announced, “La La Land!” It took two minutes and 25 seconds from when Dunaway said the name of the film to when Horowitz said Moonlight was the real winner, an eternity under such circumstances.

“There was definitely a delay before they told stage manager Gary Natoli,” says a source. Natoli in turn informed the show’s producers, Michael De Luca and Jennifer Todd, who were backstage watching the monitors, and director Glenn Weiss. Natoli rushed onstage and told the La La Land team what was happening. Host Jimmy Kimmel, who was seated in the audience because he was planning to wrap up the show with a bit with frenemy Matt Damon, saw that something was wrong and rushed onstage as well. 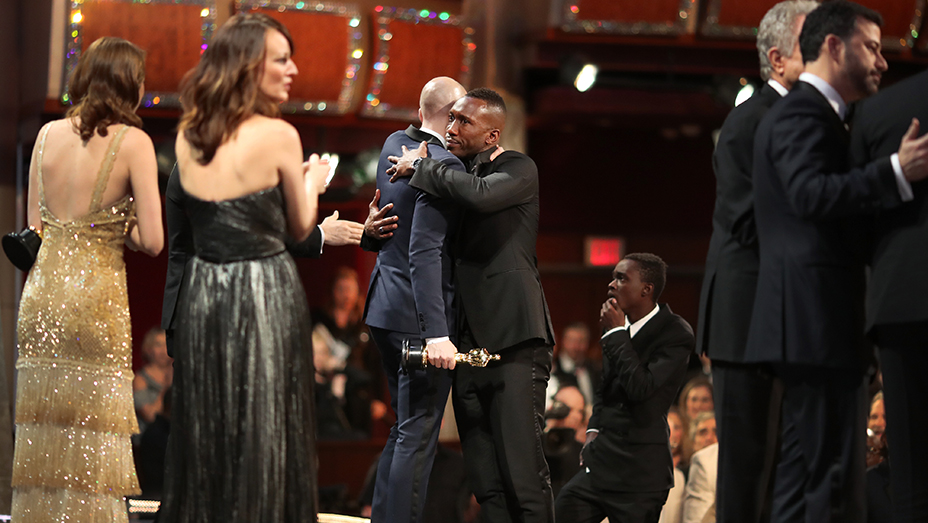 There were possibly other hitches that might have set the stage for the disaster. Sources say there was an intricate set change planned that would have given Beatty and Dunaway a more dramatic entrance, but it was scrapped at the last minute. There’s a chance that also threw off the flow of the event and perhaps contributed to the chaos.

With the dust now settling, the question becomes: Who will take the fall for the greatest flub in Oscar history? The Academy normally has an awards committee hold a show postmortem within one month of the annual broadcast, and the committee then takes its analysis to the Academy board, which will hold its next meeting March 28. But sources say there was a meeting right after the show, and that Academy president Cheryl Boone Isaacs and CEO Dawn Hudson were livid when reps for PwC didn’t immediately take responsibility for the error, tried to suggest it was Beatty’s fault and initially resisted putting out any kind of statement.

PwC, which has overseen the Academy’s ballot-counting process for 83 years, released its statement of apology three hours later. It followed up with a second apology, which it described as a “revised statement,” Monday evening. Saying it took “full responsibility for the series of mistakes and breaches of established protocols,” it singled out Cullinan for his tweeting during the event and for handing Beatty the wrong envelope.

The Academy subsequently issued an apology of its own — to Beatty, Dunaway, the filmmakers and fans. Noting that PwC had taken full responsibility, the Academy said it has begun an investigation into the circumstances surrounding the incident and that it “will determine what actions are appropriate moving forward.”

Some believe the Academy should sever ties with the accounting agency for future awards shows, despite their long-standing relationship. But sources say the Academy could find it very difficult to hire a new accounting company because of the complicated system used for voting tabulation as well as the fact that PwC handles other accounting chores for the Academy.

Lawyers surveyed don’t expect the Oscars flub to result in litigation by the Academy against PwC, although if the Academy wanted to get aggressive, it could attempt to argue that PricewaterhouseCoopers breached a duty of care.

“The contract could have spelled out the duties of PricewaterhouseCoopers including an obligation to present the right results,” says Devin McRae, a litigator at Early Sullivan. “They’ve been doing this so long, they might have developed a contract that’s really detailed. The Academy might attempt to get a price break, telling PwC, ‘You have to take a hit. This is the worst possible error you can make.'”

In this scenario, a dispute would reach the courtroom only if the parties couldn’t agree on financial compensation for the supposed negligence. If the Academy did sue, McRae says it would be challenged to show damages. The case would likely also explore what was the proximate cause for the flub.