Arrival is an apt title for a film that has journeyed long and far to get to the big screen. Screenwriter Eric Heisserer spent years wrestling to turn a brainy, emotional science fiction story, Ted Chiang’s “Story of Your Life” (from the 2002 book Stories of Your Life and Others), into a cinematic thriller. He spent more years unsuccessfully pitching it to producers and studio executives who dismissed it as impossible to adapt for the big screen.

The film, which opened Nov. 11, stars Amy Adams as a mother and world-class linguist. A representative (Forest Whitaker) from the military recruits her and a mathematician (Jeremy Renner) to try to communicate with aliens whose ships hovering around Earth are making everyone nervous. Denis Villeneuve (Sicario, Incendies) directs.

Chiang’s story is about free will and destiny, language, intuition, motherhood and loss. Heisserer, 46, first encountered it in 2006. “I was gutted and uplifted at the same time,” he says. “And my mind was swirling with science concepts, Fermat’s principle of least time, the Sapir-Whorf hypothesis.”

That was before Heisserer became a horror specialist (A Nightmare on Elm Street reboot, The Thing prequel, this year’s Lights Out). He had sold a spec script, and producers wanted to know what they could option for him to adapt. “But when I talked about this story, I got a lot of blank looks,” he says. “It’s a female lead. It’s a non-franchise science fiction film with cerebral concepts. By the time I get to linguistic relativity, their eyes are glassing over. They’re like, ‘Give me that bottled water back, get out.’ “ 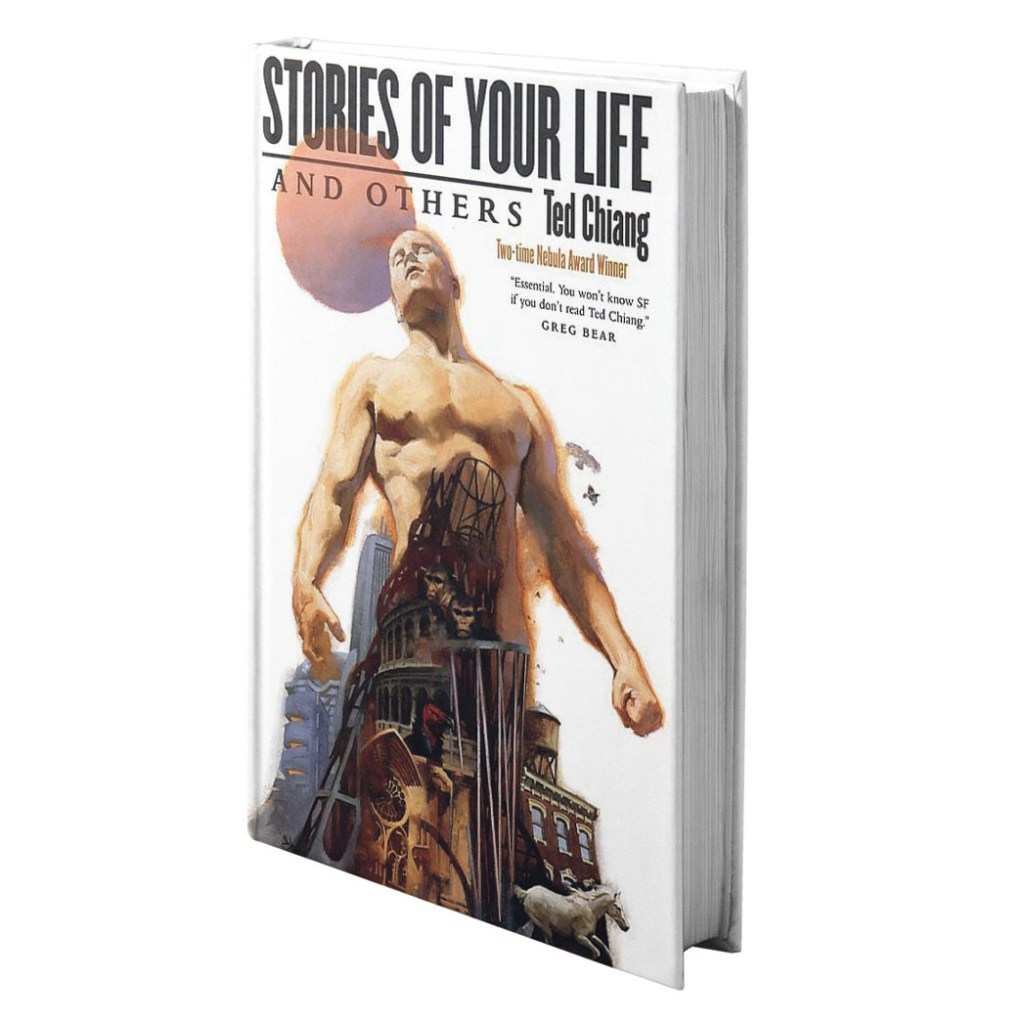 In 2010, he found fans in Dan Levine and Dan Cohen at 21 Laps, Shawn Levy’s production company. They liked his script for the Hurricane Katrina drama Hours and got behind the sci-fi passion project. They pitched it to the major studios, which all passed — there was no star attached, no director and no script. Heisserer decided to write the script on spec (“My reps were furious”), which meant getting permission from Chiang to turn his intimate, intellectual work into a save-the-planet movie.

“That was a nerve-racking pitch for me,” admits Heisserer. “And I’ve had some terrible ones. I’ve had ones where a studio exec would go into his private bathroom to take a leak and tell me, ‘Keep pitching, I can hear you.’ But I was more nervous here, pitching over a speakerphone to a man whose work I really idolized, trying desperately to let him know that I was going to be as respectful as possible but had to make some pretty major changes to make it a movie.”

The film adds a race-against-time element that isn’t in the original story, but Heisserer labored to keep the devastating emotion. Meanwhile, 21 Laps courted Villeneuve, who liked Heisserer’s script and agreed to meet over coffee. “We talked about philosophy and science and religion. He said, ‘This is lovely, Eric, let’s do it again next week.’ The producers called and said, ‘Did you seal the deal?’ And I said, ‘We’re going to have coffee again next week.’ ” The two met six or seven times before Villeneuve signed on. The cast coalesced around Adams, whom Heisserer always had in mind for the lead. Paramount came in later. Heisserer was able to stay involved and baby-sit the story, whose transformation he’d so carefully nurtured.

“In my previous experiences, I would sit down with a director once, and that would be the only meeting. That’s akin to them saying, ‘OK, I’m going to take your child and drive off in a car, and it’s the last time you’ll see them,’ ” jokes Heisserer. When Villeneuve called him after agreeing to direct, he said, “All right, Eric, now we are married.”