Ten years have passed since Ryan Gosling earned his first Oscar nomination for his performance in Half Nelson. He’s still press shy but is getting used to being in the limelight after winning a Golden Globe for best actor in a musical or comedy for his jazz pianist role in Damien Chazelle’s La La Land. His dry wit and humor evident, Gosling, 36, spoke with THR about his favorite scenes, how Meryl Streep recently saved him from a wardrobe malfunction and why he still wants to make a biopic about famed Hollywood musical director Busby Berkeley.

Any advice for a first-time Oscar nominee?

If you were in charge of the Oscar seating chart who would you like to sit next to?

Meryl Streep. I was lucky enough to be beside her at the SAG Awards and she fixed my bow tie before the show started. She saved me from a fashion disaster. My bow tie was in the most vulnerable state. It was squirrelly.

So you and Meryl are pals?

Just at award shows. I sat next to her the first time I was nominated for an Oscar. I can attest she’s a wonderful person. My mother had a beehive she was embarrassed about and Meryl very sweetly lied and said, “I was thinking of having a beehive too and I wish I had.” It was the best kind of lie.

What was the hardest scene to shoot in La La Land?

One is the very first scene I shot, when I play a pretty complicated piano piece in one take. I had only been playing the piano for three months. Damien brought in a hand double, but I knew his dream was to shoot it without one. I was able to do it, but it was really sort of trial by fire. There were many challenges still ahead, but it was nice to have one of them under our belt on day one.

The scene where my character and Emma Stone’s sing and dance on top of a hill. We were in a real location, the weather had to agree, and we only had a half-hour window for the light to be perfect. Emma and I had to be in sync, and the camera had to be perfect. If any one of those things had been off, it wouldn’t have worked.

What about a favorite scene?

The opening number. All those dancers were dancing on the freeway, and all I had to do was sit in my car and watch. I had a front-row seat, and there was no danger of me souring the deal.

Do you have a favorite movie other than your own this awards season?

I think Moonlight is a special film.

What about a mantra to help you get through the Oscars?

I’m not kidding when I say I thought we’d really have to defend this film. This has been a nice turn of events. I’ve loved and been proud of films before that, for whatever reason, weren’t met with a mutual reception. Maybe it was the wrong time, or the film was released in the wrong way, or I’m just delusional. It was a win to be able to make La La Land and to make it in the way we wanted. That was enough. The fact that audiences have received it the way they have was more than enough. Then I meet people who say they’ve seen the film three or five times. I’ve never had an experience like that with a film.

I’m making a movie with Damien about astronaut Neil Armstrong. It’s one of the reasons why I met up with him initially. Then we ended up talking about musicals all night. I had been developing a movie about Busby Berkeley for a long time, and was curious about how he was going to go about making La La Land. I was deep into the genre. It wasn’t until six months later — I might be wrong about the exact timing — that I got an email from him asking if I still knew how to dance.

I’m still working on it with a writer. It’s getting there.

You didn’t get political when you accepted your Golden Globe. Would you ever?

It would depend on the circumstances, I guess.

In the wake of Trump’s immigration ban, have you thought about moving back to Canada?

I have so much family in Canada. I’ve always wanted to spend more time there, but that’s not related to what’s going on. 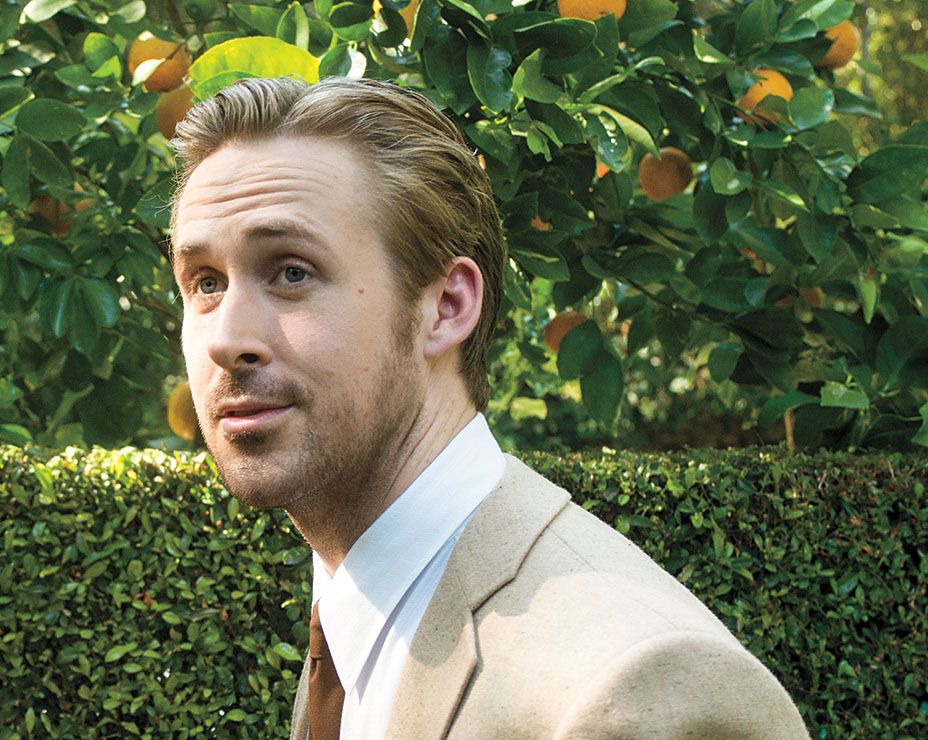 A version of this story first appeared in a February standalone issue of The Hollywood Reporter magazine. To receive the magazine, click here to subscribe.