Casey Affleck nabbed his second Oscar nomination for his portrayal of Lee, a bereaved handyman, in writer-director Kenneth Lonergan’s Manchester by the Sea. He talked with THR about why arguing with Lucas Hedges (who plays his nephew) was so much fun and how a fellow nominee’s movie made a big impact on him as a kid.

What were your first conversations with Lonergan?

They were practical and useful because it was about how Lee behaves in the scene, how he behaves with all the people he comes across, why he is acting a little bit strangely and how he sort of derails what otherwise would be normal human interactions. If he says to Michelle [Williams’] character, “There’s nothing there,” it’s not that. There’s so much there — he just can’t let anyone touch it. It’s sort of like a shattered vase that’s been put back together without any glue. If you touch it, it’s just going to crumble again.

Was there a key to capturing Lee’s duality?

Describe your scenes with Hedges. You argue a lot.

Kenny writes arguing better than a lot of people. The dynamic that’s been set up between the two characters is such that, most of the time, I want to have as little conversation as possible to get through the day, and right from the beginning I’m paired with this kid who isn’t going to let me do that. [His character] has a million questions and he’s not going to let me shut him down. He’s going to behave like a teenager. It’s maddening for me, and it’s really funny to watch.

How is Lee similar to you?

How is this nomination different than the one you got in 2008 for The Assassination of Jesse James by the Coward Robert Ford?

I was just young and stupid last time and now I’m 41 and a tiny bit less stupid. I didn’t appreciate quite what it all meant. I have a lot of respect for the people I’ve seen in movies growing up, including Denzel [Washington]. I was working at a theater in Cambridge when Malcolm X came out and it blew me away. I watched it over and over. 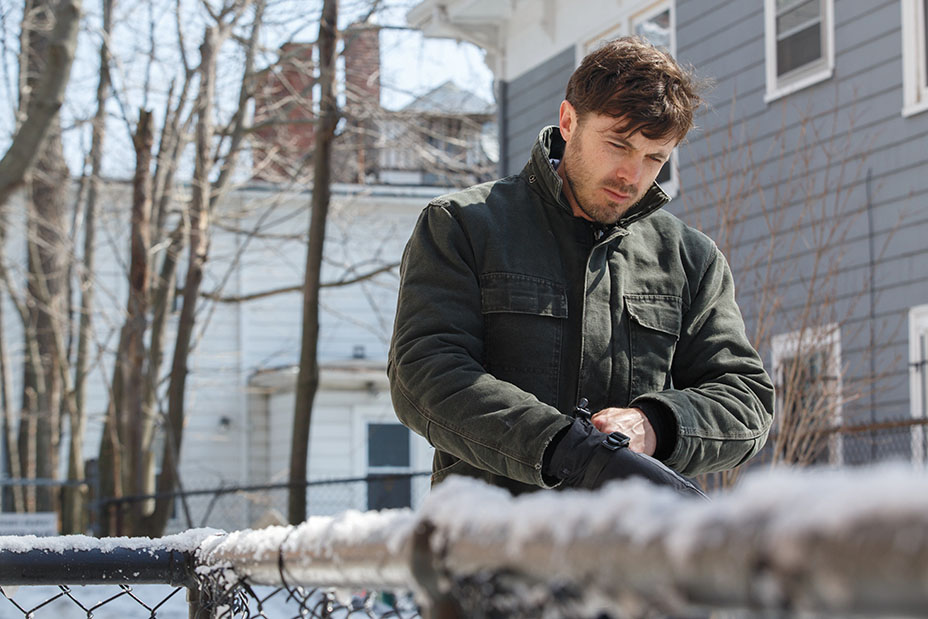