Continue to The Hollywood Reporter SKIP AD
You will be redirected back to your article in seconds
Skip to main content
February 27, 2017 3:05am

As some in the Australian film industry were celebrating two Oscar wins for Mel Gibson’s Hacksaw Ridge, others were lamenting another Oscar snafu. In the annual In Memoriam segment, a photo of veteran Australian film producer Jan Chapman was mistakenly used instead of that of her late friend and colleague Janet Patterson.

The intensely private Patterson died in Sydney in October.

Chapman, as noted by friends, is very much alive and well, working in Sydney, most recently producing The Daughter, starring Geoffrey Rush, and hit thriller The Babadook.

Australian industry folks tweeted about the mistake during the Oscar ceremony.

Oh dear. The #Oscars put up what I think is a photo of Jan Chapman, instead of Janet Patterson, for the In Memoriam segment. pic.twitter.com/VbnO7u3HoS

Pic of my pal Jan Chapman- very much alive – was just featured in In Memoriam. #Oscars

hey @TheAcademy you need to pull this and replace with a photo of Janet Patterson, not very much alive Jan Chapman https://t.co/REY9xRh8Cb

Patterson and Chapman were close friends and collaborators, both nominated for Oscars for their respective work on Jane Campion’s The Piano in 1994. Patterson was a four-time Oscar nominee for her work on Bright Star, Oscar and Lucinda and The Portrait of a Lady, as well as The Piano.

The Academy of Motion Picture Arts and Sciences apologized for the mistake in the below Instagram post on Wednesday, saying in part, “We sincerely apologize to producer Jan Chapman, whose photo was mistakenly used in the Oscars In Memoriam tribute for her colleague and dear friend, the late Janet Patterson. Janet, an Academy member and four-time Oscar-nominated costume designer, was beloved in our community. We extend our deepest apologies and condolences to the Patterson family.”

The correct photo of Patterson is used in the online video tribute and gallery on Oscar.com.

We sincerely apologize to producer Jan Chapman, whose photo was mistakenly used in the Oscars “In Memoriam” tribute for her colleague and dear friend, the late Janet Patterson. Janet, an Academy member and four-time Oscar-nominated costume designer, was beloved in our community. We extend our deepest apologies and condolences to the Patterson family. Please see our updated “In Memoriam” video tribute (http://osca.rs/TributeVideo17) and online gallery (http:/:osca.rs/InMemoriam2017) on Oscar.com.

La La Land‘s Fred Berger and Marc Platt had also noticed the error onstage, saying into the mic, “We lost, by the way.”

“Warren, what did you do?!” joked Jimmy Kimmel, coming onstage to help work things out, before joking that he also blamed Steve Harvey, who famously mixed up the winner of Miss Universe.

Backstage, Mahershala Ali also commented on the mix-up. “La La Land has done so well and has resonated with so many people,” he said. “When their name was read, I wasn’t surprised, and I was really happy for them. When I did see security or people coming onstage and their moment was being disrupted in some way I got really worried and then when they said, ‘Moonlight, you guys have won.’ It just threw me, more than a bit. I didn’t want to go up there and take anything from somebody. It’s very hard to feel joy in a moment like that … but I feel very fortunate for all of us to have walked away with the best picture award. It’s pretty remarkable.” 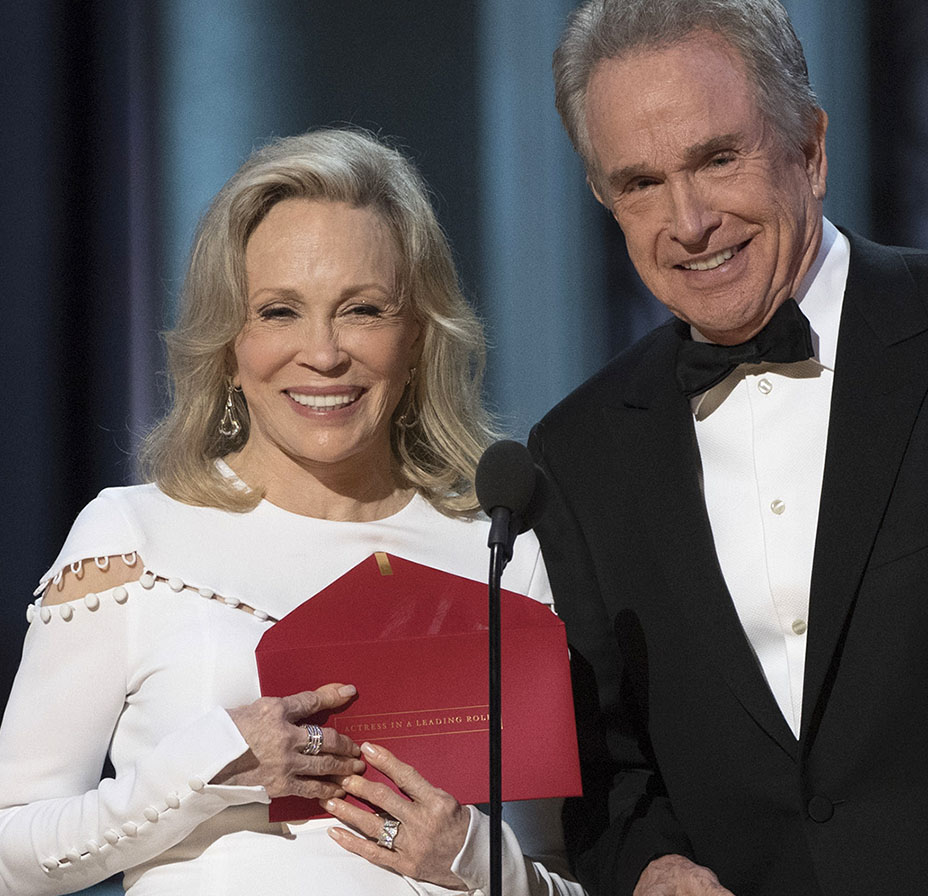 March 1, 12:19 p.m. This story has been updated with the Academy’s apology for its In Memoriam mistake.