She embroidered the cape of her Dior Haute Couture ensemble with the last names of directors in gold: Scafaria, Wang, Gerwig, Diop, Heller, Matsoukas, Har’el and Sciamma.

None of the women were nominated for best director. The nominees are Bong Joon Ho (Parasite), Sam Mendes (1917), Todd Phillips (Joker), Martin Scorsese (The Irishman) and Quentin Tarantino (Once Upon a Time in Hollywood).

Portman previously called out gender inequality in the film industry at the 2018 Golden Globes. She and Ron Howard presented the best director category at the show, when she said, “And here are the all-male nominees.” Insecure creator Issa Rae followed her lead when announcing Oscar nominees this year, saying, “Congratulations to those men” after reading the names. 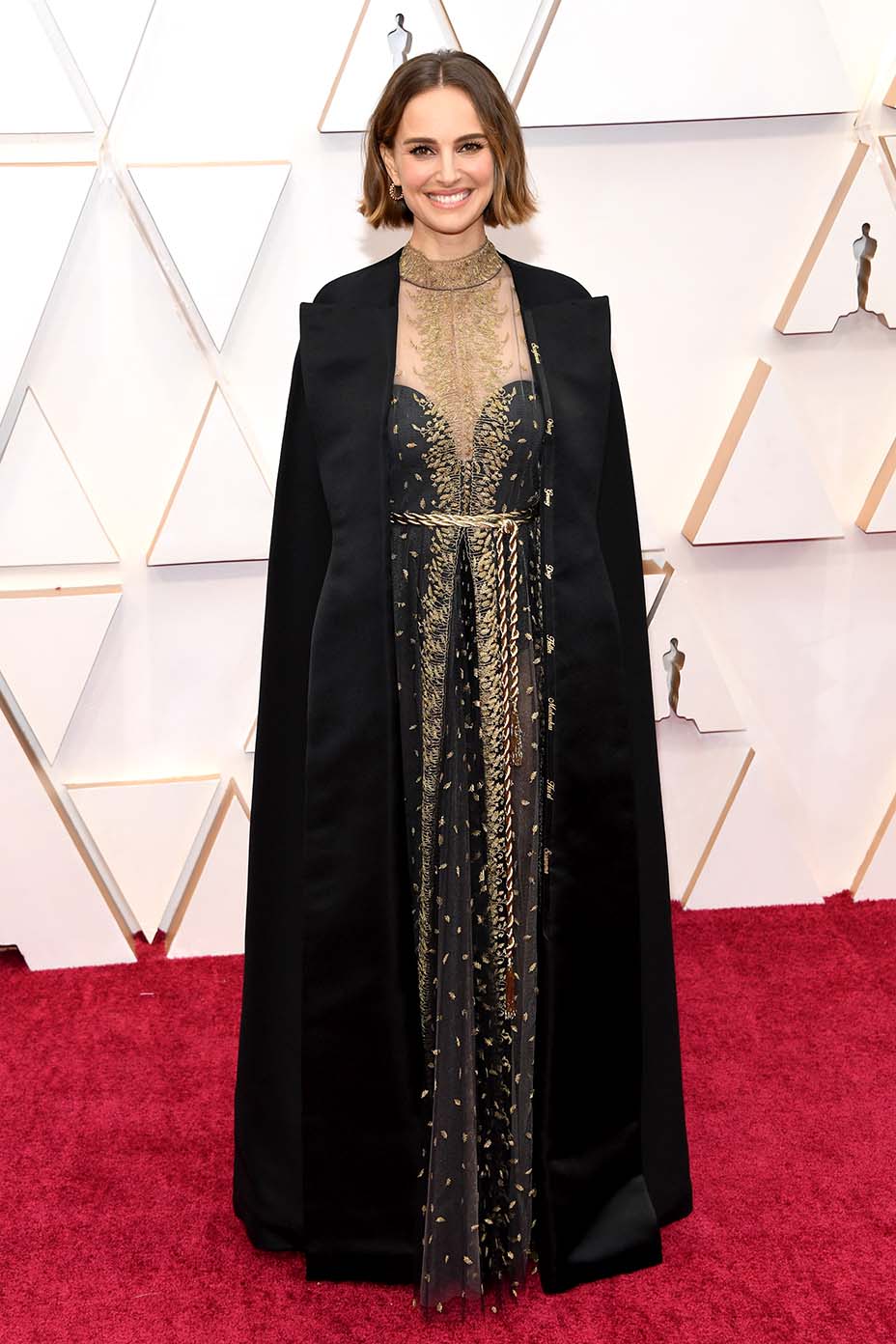 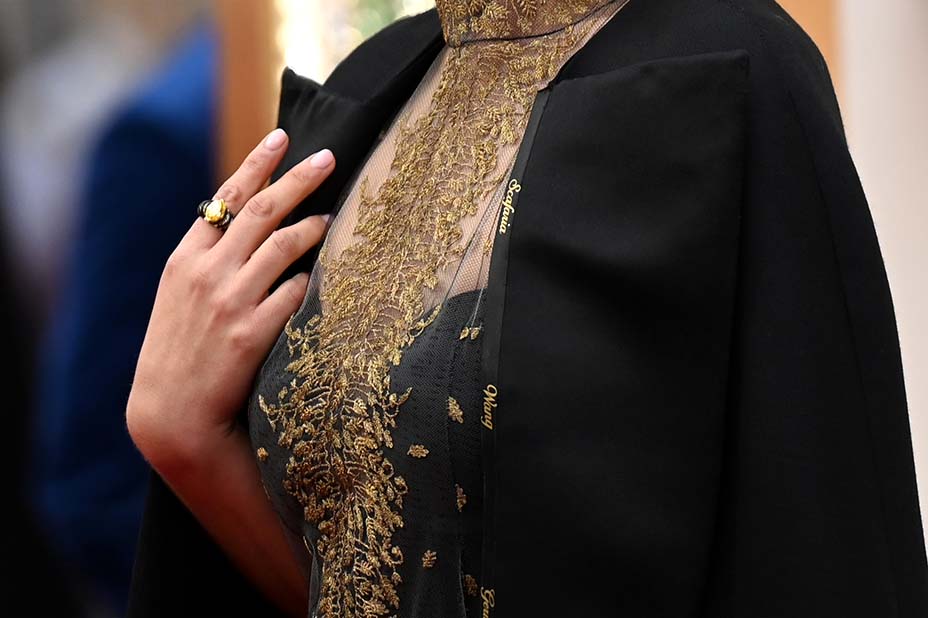 Only five women have ever been nominated for the best director Oscar: Kathryn Bigelow (The Hurt Locker), Lina Wertmüller (Seven Beauties), Jane Campion (The Piano), Sofia Coppola (Lost in Translation) and Gerwig (Lady Bird). Bigelow became the only female winner in 2010.

At the 2020 Oscars, Gerwig and partner Noah Baumbach were also notably in Dior Haute Couture, with the Little Women helmer in a strapless forest green silky gown and a statement emerald and diamond necklace. Portman wore the cape over a gold embroidered gown with gold rope belt and Cartier jewelry.