New photos of the backstage chaos at the Academy Awards on Sunday have emerged, detailing what led to the unprecedented best picture flub.

The monumental mix-up occurred when Warren Beatty was given the wrong envelope before presenting the final award of the night, leading co-presenter Faye Dunaway to announce the incorrect winner, La La Land. After multiple producers of the pic had delivered acceptance speeches, the correct winner was announced, and the producers of Moonlight then came onstage to accept the award.

Oscars Producer Michael De Luca Breaks Silence on Backstage Chaos: "It Was Like the Hindenburg"

PricewaterhouseCoopers, the accounting firm that tabulates and hands out the results, took responsibility for the mistake and issued an apology to all involved, blaming Brian Cullinan, chairman of the U.S. board of PwC, for not following the correct procedures.

Cullinan handed Beatty the wrong envelope — the extra copy of Emma Stone’s best actress card instead of the best picture card. And once Beatty and Dunaway appeared onstage, as clips from the best picture nominees were playing, Cullinan turned his attention to tweeting a photo of Stone backstage, which he had taken a moment earlier.

The photos offer a backstage view of what happened just moments before what became the biggest mistake in Academy Awards history. 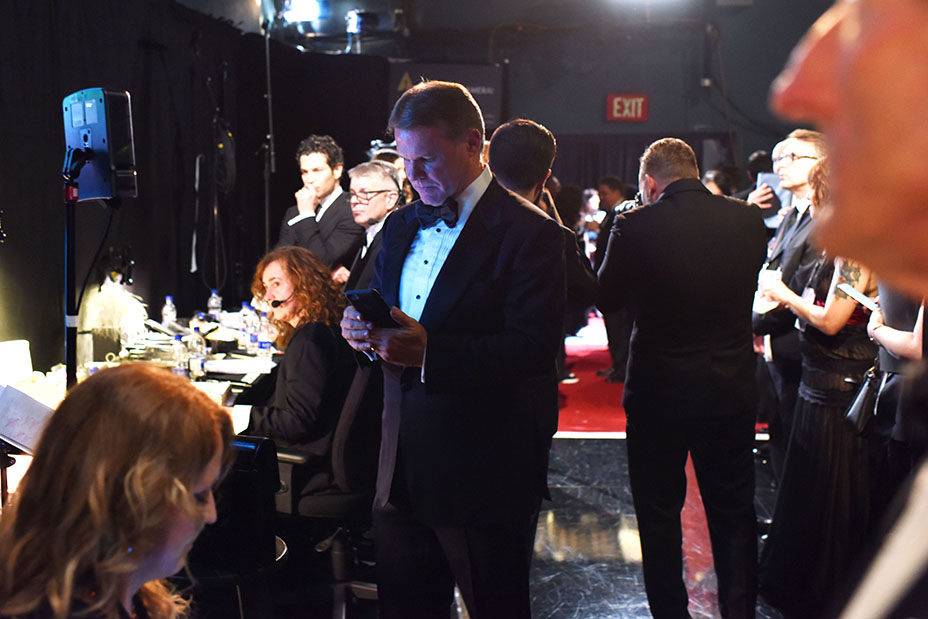 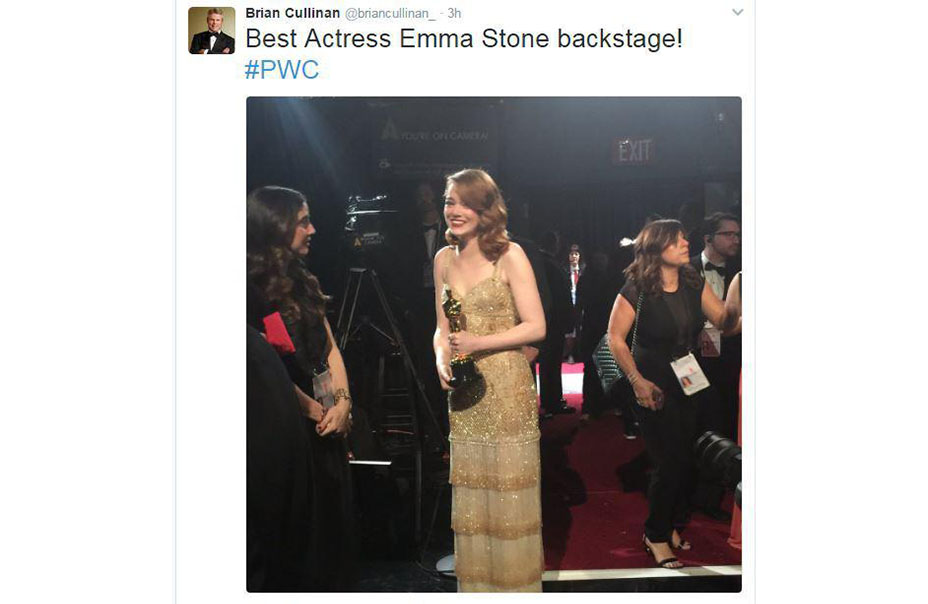 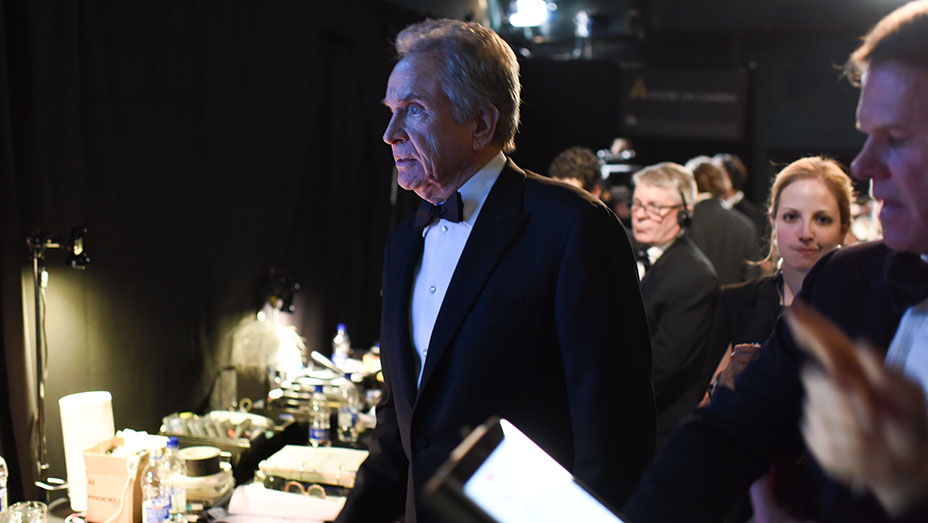 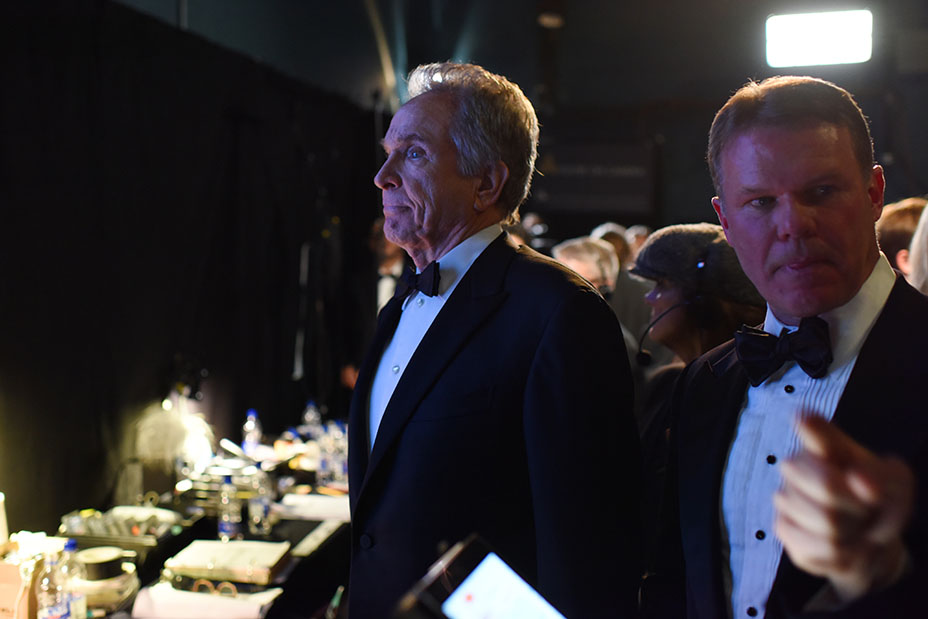