It’s been quite the sartorial red carpet run for Billy Porter this year. Fresh off his gig as New York Fashion Week’s official men’s show ambassador from Feb. 4-6 — where he donned more than 20 looks ranging from a pearl bib, drop earrings and pearl-embellished sunglasses at The Blonds to a metallic floral-embellished resort top and pants at Michael Kors — the Pose star has hit the red carpet at the 91st Academy Awards wearing nothing less than a black velvet Christian Siriano dress and matching bolero jacket.

Siriano is an apt choice, given that the New York-based designer has made it part of his brand DNA to embrace size and gender inclusivity in his designs as well as in the lineup of models on his runways.

From Cocktail-Ready to Casual, These Are the Best Women's T-Shirts for Fall 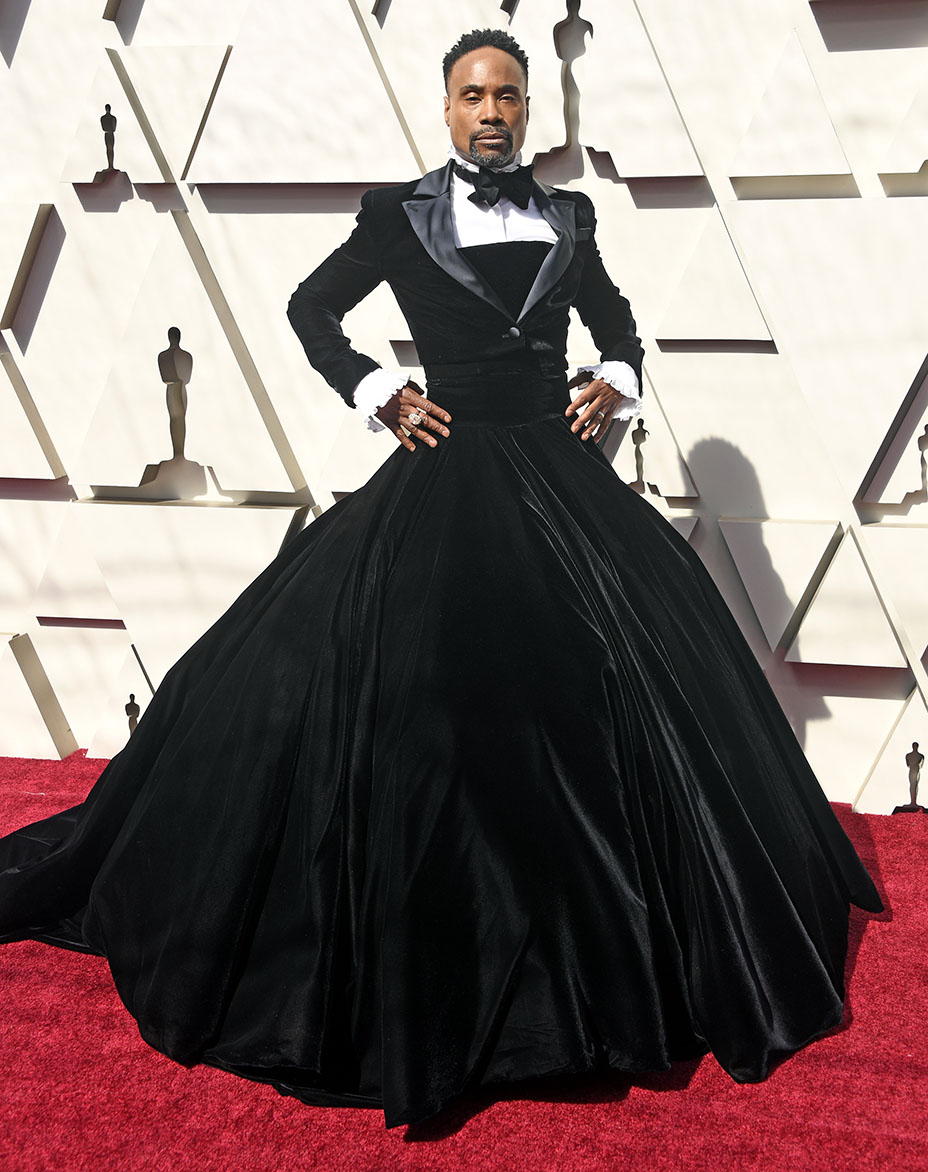 Peacocking with his usual panache, Porter’s look challenges the typically more restrained dress code at the Academy Awards. Known for breaking barriers with his signature gender-fluid style, Porter has worn dresses before; he most recently rocked a long marigold Calvin Klein gown and coordinating jacket at the American Film Institute luncheon last month. Posting a photo on his Instagram page, he noted that he wore the dress to honor “the lives of our marginalized brothers and sisters from the LGBTQAI+ community.”

The category is: ORGANIC GOLDEN HONEY. Thank you @americanfilminstitute for recognizing our show @poseonfx which highlights the lives of our marginalized brothers and sisters from the LGBTQAI+ community. I wear this @calvinklein dress in your honor. May you shine as bright as this golden yellow. ? ? Style by @sammyratelle / @rrrcreative? Styling Associate @ashleymarienyc ? Jacket: @dolceandgabanna ? Dress: @calvinklein ? Shoes: @rickowensonline Scarf: @paulandjoeparis Eyewear: @native_ken ? ?

“I have always used clothes as a tool for self-expression and find immense pleasure in celebrating life, love and joy through fashion,” he told The Hollywood Reporter earlier this month.

The Broadway star, who won a Tony for his role as the original Lola in Kinky Boots, made another major statement at the Golden Globes last month in a custom couture look by New York-based designer Randi Rahm that took six months to make. His lavishly embellished jacket had an attached cape with fuschia lining, worthy of a sartorial superhero — and oh how he struck a pose. 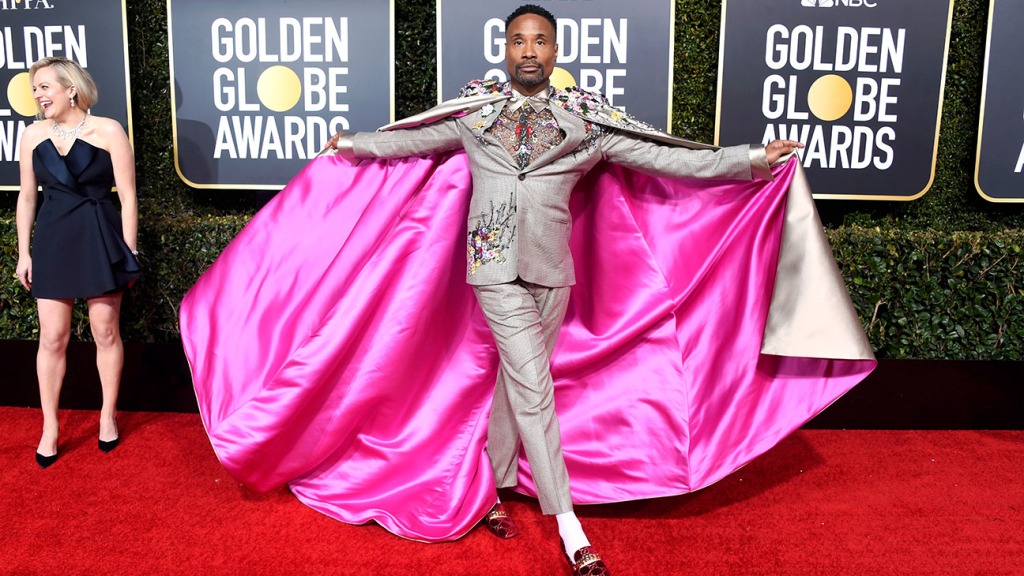 Porter was nominated for a Golden Globe for best actor for his role as Pray Tell in the FX musical drama Pose, set in New York’s ’80s drag ball scene. Co-created by Ryan Murphy, Brad Falchuk and Steven Canals, Pose made history for featuring primetime’s largest cast of transgender actors and the largest cast of recurring LGBTQ characters for a scripted series to date. The drama has been renewed for a second season, due out later this year.