We’ve barely made it through the first quarter of 2018, but an early contender for the best documentary feature Oscar has emerged: Gabe Polsky‘s In Search of Greatness, a dynamic exploration of what separates our greatest athletes from all the rest — and The Hollywood Reporter is unveiling its trailer at the top of this post.

I was offered a sneak peek of In Search of Greatness, which will be rolling out in the near future, and I can report that it is every bit as engrossing as the last doc that Polsky directed, Red Army, which was one of the best reviewed films of 2014. Both docs, which blend remarkable archival footage and talking-head interviews, appear on the surface to be about sports, but are actually about much more.

Red Army — which wowed critics and audiences at all three of the major fall film fests, but was denied a spot on the best documentary feature Oscar shortlist at a time when many, including myself, thought it was likely to snag a nomination — provided a window into American-Russian relations in recent decades, while In Search of Greatness illustrates how the greatest performance enhancer is not a steroid, but a specific sort of mind.

Polsky, not coincidentally, moonlights as an executive producer of the Emmy-nominated National Geographic anthology series Genius. In Search of Greatness, like Genius, explores the lives and formative experiences of some of our greatest minds — in the case of the doc, not Albert Einstein or Pablo Picasso, but Jerry Rice, Wayne Gretzky and Pelé, all of whom provide the filmmaker with new and revealing accounts about the people and approaches that made them who they are, which, supported by insights from renowned thought leaders like Sir Ken Robinson and David Epstein, collectively make the case that greatness is the result of a very specific combination of nature and nurture. 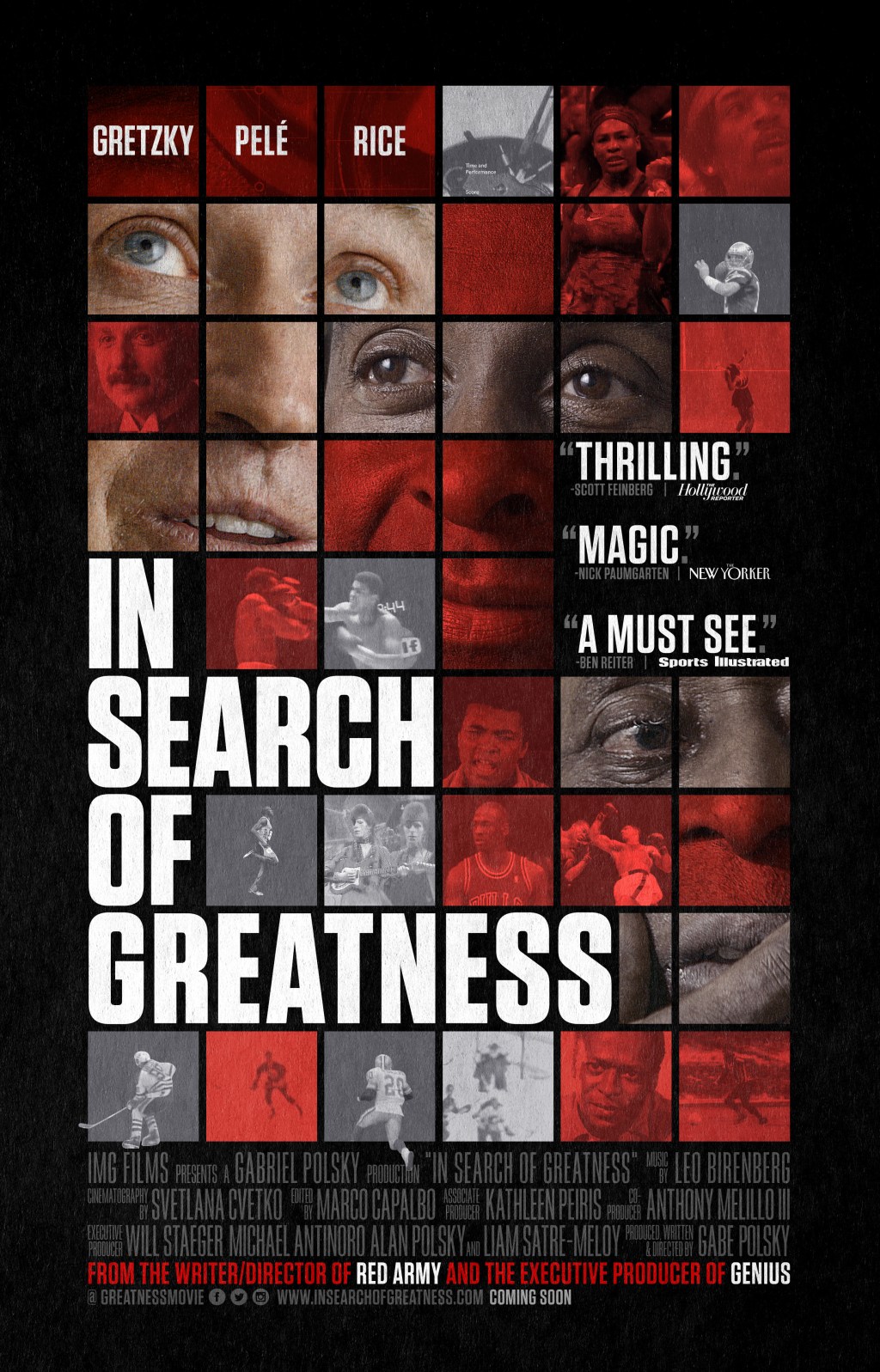