Members of the documentary branch of the Academy of Motion Picture Arts and Sciences are facing a pretty impossible task. On Dec. 6, the Academy announced its shortlist of 15 feature-length documentaries, culled from 145 submissions. Now, the branch must winnow that list of 15 down to just five nominees, to be announced Jan. 24.

The problem is that there isn’t a clunker in the bunch. And the quandary that the doc voters are likely to face is that there is no one set of standards against which all of this year’s very different films can be measured.

Start with the question of length. Ezra Edelman’s epic O.J.: Made in America brushes past any limitations with a running time of more than 7½ hours. Purists may argue that the project, underwritten by ESPN and originally airing in five parts, shouldn’t be viewed as a film, although its director insists it was always designed as “a really long film” and had a theatrical run to meet the Academy’s requirements. (The film returns to the Music Hall in Beverly Hills on Dec. 23.)

But whether seen in a theater or on a home screen, it plays like a sprawling novel, an American tragedy that could have been written as a collaboration between Richard Wright and Theodore Dreiser. It takes its time setting up the sociological backdrop of the migration of Southern blacks to the West Coast, explains the role of show business and advertising in turning a black Heisman Trophy winner into an All-American pitchman, and goes off on side trips to flesh out supporting characters such as Ron Shipp, the former L.A.P.D. officer and longtime friend of “The Juice” who lost faith in his hero.

Aleppo Documentary Filmmakers: "We Worry About the People We Spent Time With"

Then there are the docs that play more like thrillers: Robert Kenner’s Command and Control questions the safety of America’s nuclear arsenal by focusing on a near-catastrophic accident that took place in a Titan-II missile silo in Arkansas in 1980. Kenner restages the event to unnerving effect. Just as unsettling is Zero Days, from Oscar winner Alex Gibney, which begins as an exposé of the malicious Stuxnet computer worm, allegedly engineered by the United States and Israel to damage Iran’s nuclear facilities, before exploring the larger threat of cyber-warfare.

A different type of warfare plays out in Kief Davidson and Richard Ladkani’s The Ivory Game — it’s man versus nature as the filmmakers chase, quite literally, the poachers and smugglers whose trade in ivory is threatening Africa’s elephant population with extinction. A veritable action movie, it hopscotches across the globe from Kenya and Vietnam to Hong Kong and Beijing, capturing both late-night raids in the bush and undercover meetings in swank hotels.

In contrast, Ava DuVernay’s 13th is one of the more conventionally structured documentaries in this year’s lineup, relying as it does on a series of talking heads and smartly chosen news footage. But it’s no less gripping for its traditional reportage as it presents a passionate polemic against America’s treatment of men of color, arguing forcefully that mass incarceration is the modern-day equivalent to slavery. Functioning as something of a companion piece, Raoul Peck’s I Am Not Your Negro also addresses the black experience in America — but it uses the eloquent voice of just one man, the late writer James Baldwin. 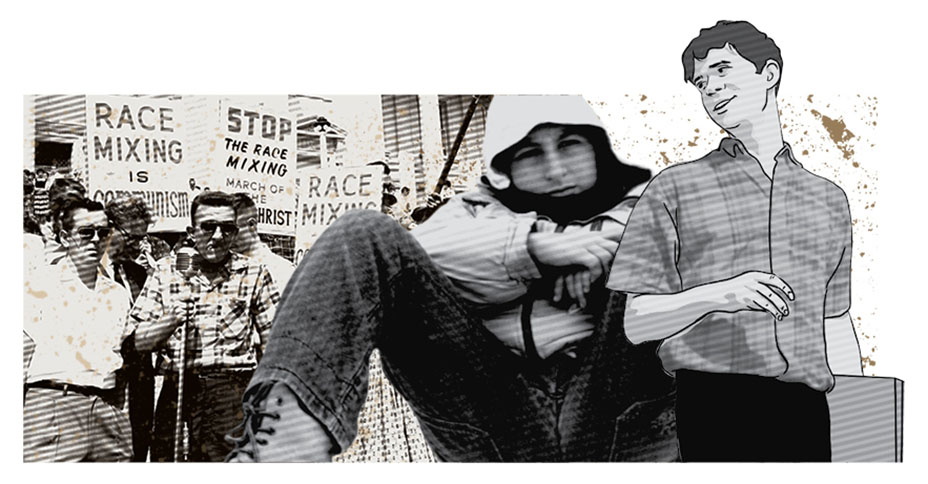 Several contenders belong more to the tradition of human-interest stories, although they delve so deeply into the human condition, that description sells them short. Clay Tweel’s Gleason follows former NFL player Steve Gleason as, at age 34, he receives a diagnosis of ALS. Refusing to surrender, he devotes himself, heroically, to raising awareness about the disease even as the film honestly documents the toll that work sometimes takes on him and his family. Similarly, Roger Ross Williams’ Life, Animated tells the inspiring story of a young man with autism who learned to speak by making a connection with Disney animated movies — but the film doesn’t look away from the sometimes painful challenges he also faces entering the adult world.

Other films recount more disturbing stories. James D. Solomon’s The Witness revisits the notorious case of Kitty Genovese, a young woman who was murdered in 1964 in Queens, N.Y., as her neighbors turned a deaf ear to her cries. But when her brother William insists on uncovering the real story of his sister’s life and death, the reality turns out to be a lot more complicated.

In the case of Josh Kriegman and Elyse Steinberg’s Weiner, which chronicles disgraced Congressman Anthony Weiner’s 2013 campaign to become mayor of New York, there’s no surprise in the outcome of the election. But there’s still plenty of suspense in the movie’s fly-on-the-wall look at how Weiner responds when new revelations of his obsessive sexting surface — and even more in the reactions of his wife, Huma Abedin, who mostly is a silent presence throughout the film until the moment when she refuses to continue to play the role of the good wife.

Then there are what could be called the two “bird” movies, although they couldn’t be more different. Otto Bell’s The Eagle Huntress, set in Mongolia, focuses on a 13-year-old girl, determined to train a hunting eagle just like the men in her family have done for generations. The movie presents her quest with all the production value of a big-studio feature. Hooligan Sparrow, on the other hand, couldn’t look more raw — it’s full of shaky handheld footage, as filmmaker Nanfu Wang struggles to keep her camera out of the hands of those who would prevent her from filming the Chinese women’s activist Ye Haiyan, nicknamed the Hooligan Sparrow, in her fight against government surveillance and harassment.

Other films this year follow in the tradition of Frederick Wiseman, the documentary filmmaker who just received an honorary Oscar: They simply stand back and observe. Cameraperson, from Kirsten Johnson, who has shot films for other documentarians from Michael Moore to Laura Poitras, is a sort of cinematic memoir. Using footage she’s collected during her many travels, Johnson offers snapshots of life from Darfur and Rwanda to Nigeria and Bosnia. Gianfranco Rosi’s Fire at Sea, which also is the Italian submission for the foreign-language Oscar, zeroes in on just one part of the world, the Sicilian island of Lampedusa, as it contrasts the life of an ordinary Italian family with that of the thousands of immigrants washing up on the island’s shores.

And, finally, there’s Tower, which stretches documentary techniques even further, as it re-creates the day in 1966 when Charles Whitman, a former Marine, climbed to the top of a tower at the University of Texas at Austin, took aim and over the next 90 minutes shot and killed 14 people and wounded 32 others. The film captures what was then — in the days before SWAT teams and what are now called first-responders were commonplace — a totally surreal experience for the students, reporters and cops forced to make sense of the madness around them. Director Keith Maitland mixes old news footage with animation to present the survivors as they looked and sounded 50 years ago. When he finally cuts to their present-day incarnations, one woman, explaining that at the time nobody talked about what they all had been through, expresses her gratitude that someone took an interest in telling her story. And that, in the end, may be one way by which the success of any documentary can be measured.