For John Boyega fans, Pacific Rim: Uprising has a draw beyond seeing the actor fight monsters while piloting a giant robot.

The film marks the first time the star gets to use his natural British accent in a sci-fi blockbuster, following his star-making turn in the Star Wars franchise in which his character, Finn, speaks like an American. Boyega spent a lot of time reworking the dialogue for his character to make it flow.

“It’s complicated when American writers write for British actors. They use words like ‘awesome.’ They just don’t flow well with this accent. So I made a lot of changes to make it more naturalistic,” Boyega told Heat Vision Wednesday at the film’s Hollywood premiere at the TCL Chinese Theatre.

Fans flocked to the rainy event, where a lengthy tent was erected on Hollywood Boulevard. The mood was upbeat as stars posed alongside the massive Jaegers (robots) and Kaiju (monsters). The sequel takes place 10 years after the 2013 Guillermo del Toro film and sees Boyega play Jake Pentecost, son of Idris Elba’s late character, Stacker Pentecost.

The behind-the-scenes development of the sequel was truly worthy of a blockbuster. Del Toro opted not to return as director, and Emily Carmichael’s script had to be heavily altered after it became apparent that Charlie Hunnam, star of the original film, would not be returning either.

“The short story is, a lot happened before I came on and a lot happened after,” she said. “Charlie Hunnam was the lead when I wrote my draft and then he was replaced by John, and a lot of the script had to change at that point. Luckily, the story that I wrote is what you’ll see on the screen.”

Carmichael — who shares screenwriting credits with director Steven S. DeKnight, Kira Snyder and T.S. Nowlin — fought hard to get a meeting for the Pacific Rim sequel when she heard it was nearing a green light. Once she got a face-to-face with producers, she presented a strong case.

“I had been emailing the producers for a while, and I presented some original robots that I came up with, although they didn’t get used in the film. I just love writing action,” said the screenwriter, whose career is on the rise. “Right now, I’m currently working on Jurassic World 3 with Colin Trevorrow. There’s really no reason women can’t be writing more in this genre.”

Trevorrow, who directed the first Jurassic World, was at one time set to direct Star Wars: Episode IX before parting ways with Lucasfilm.

When pressed about Trevorrow’s vision for Episode IX, and rumors that Mark Hamill’s Luke Skywalker would have been involved, Carmichael was coy on plot details.

“I know a lot about his film. I would’ve been really psyched to watch that film,” she said.

DeKnight’s path to the blockbuster sequel is unusual in that he was set to direct a small indie film.

“I had written a very small Hitchcock-type thriller, which only had three people in a house. It was taking a long time to get the film off the ground.  I got a call from the film’s producer and she said, ‘What do you think about Pacific Rim 2?'” he recalled.

“Luckily, they wanted someone with writing and directing experience. So I set off to make the movie in a very tight timeframe,” he said. 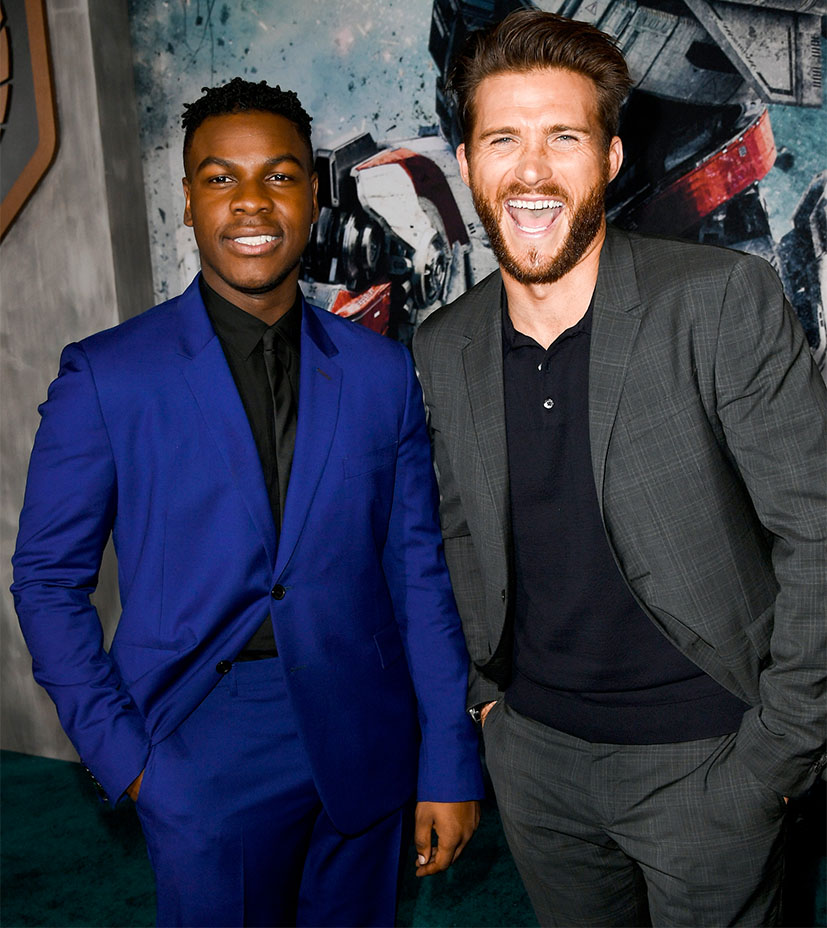 On Pacific Rim: Uprising, Boyega pulls double duty as both star and producer.

“This is my first experience producing, and I absolutely loved it. It’s nice to work with the numbers but more importantly work with Steven to help him achieve his vision for the film,” said Boyega.

Boyega didn’t want to play another hero in the traditional sense, and this role offered that opportunity.

“I wanted this character to be rebellious and to ignore his own story as long as he could,” Boyega said. “There’s a big event later in the film that leads my character to grow into his father’s shoes.”