“The night we opened, we turned away Steve McQueen and Ali MacGraw,” recalls Melvyn’s Restaurant & Lounge maitre d’ Brian Ellis, who was hired by the late Melvyn Haber in 1975 to help run what quickly would become one of Old Hollywood’s most beloved Palm Springs getaways. “They were on a motorcycle, they weren’t dressed right, and Mel said, ‘Can you come back another night?'” And they did. Because everyone came back.

After purchasing the Ingleside Inn — a 1925 Spanish-style estate on Ramon Road — Haber opened Melvyn’s, which helped transform the Ingleside into one of Palm Springs’ first premier resort-style hotels. It hardly mattered that neither Haber nor Ellis? even knew how to work a cash register. “We were successful overnight,” says Ellis, 68. “Everybody wanted to come, and they came to be seen.”

Even before Melvyn’s opened, the inn was a destination for the likes of industrialist Howard Hughes, actors Elizabeth Taylor and Ava Gardner and painter Salvador Dali. But at Melvyn’s, the celebrity quotient went through the roof, according to Mark Myrick, the head bartender since the early 1980s. Clive Davis has been known to fill half the room with his entourage, and seven U.S. presidents have dined there. Zsa Zsa Gabor was a regular, as were Cher (“a little bit of a recluse,” says Myrick) and, of course, Frank Sinatra, known to grab the pianist’s mic when the mood struck him. Old Blue Eyes held his lavish pre-wedding dinner with Barbara at the restaurant in 1976. “Anybody who was anybody was here for that dinner,” says Ellis. “Joey Bishop, Sammy Davis Jr., Wallis Annenberg.” 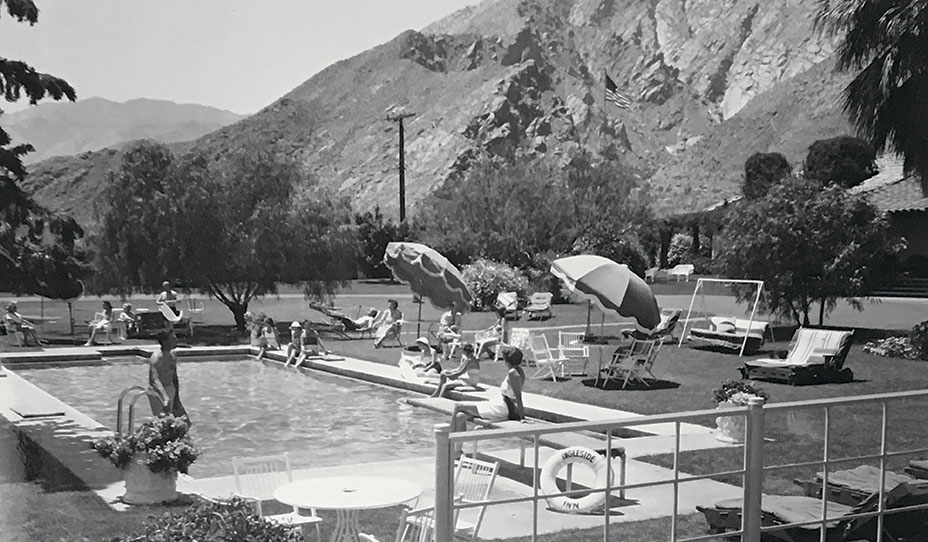 Now, four decades after it first opened, Melvyn’s is reintroducing itself. On Dec. 15, the restaurant, lounge and adjoining Ingleside Inn are debuting a new look after a yearlong renovation. The project’s lead designer, Dan Worden of Napa, Calif.-based firm Shopworks, calls the renovation less of a gut job and more of a “skillful face-lift.” The challenge, he says, was to add modern touches without sacrificing the old-school 1920s splendor. “We needed to not throw the baby out with the bathwater,” says Worden, who was hired by the PlumpJack Group, which in a joint venture with Meriwether Companies purchased Melvyn’s and the Ingleside Inn in 2016 after Haber died. (PlumpJack Group was founded in 1992 by Gavin Newsom, now California’s lieutenant governor and a frontrunner in the 2018 governor’s race, and composer and philanthropist Gordon Getty.)

Highlights of the renovation include a restored bar, dining room and patio, where for the first time casual dress is permitted. (Flip-floppers be warned: slacks and a collared shirt are still required in the dining room.) The inn’s 30 rooms (from $229), suites and villas — previously decked out in ‘70s kitsch — now have a mint, brown and white palette, with pops of color via orange cashmere blankets. Custom-made headboards of ebony-stained pine were added along with Spanish-style rugs, mid-century sofas and a mobile martini cart with a butler who makes the rounds shaking cocktails for guests (not to mention a throwback lobby candy bar with Werther’s Original candies). The outdoor pool deck was expanded, and a fire pit was added along with a poolside refreshment bar. Melvyn’s menu retains traditional fine dining with tableside cooking (think trout amandine, $28, and steak Diane, $31.50). 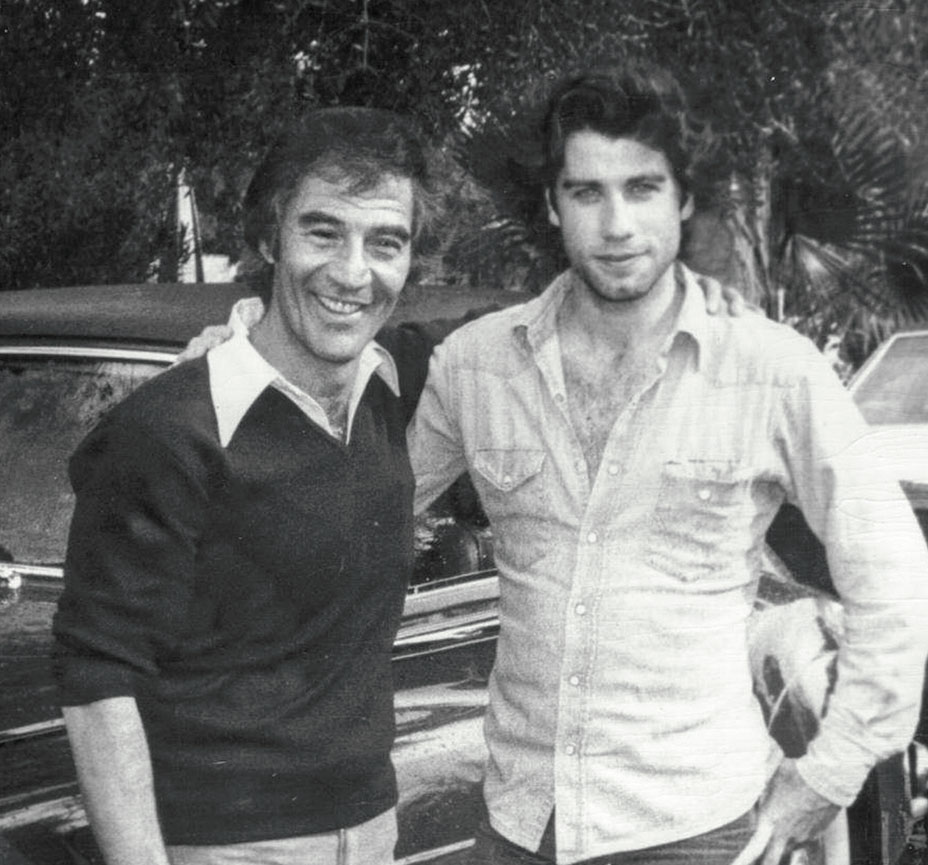 With the renovation complete, now comes the hard part: re-creating that golden era Hollywood magic for the millennial generation. “[The staff] always made me feel like I was Gloria Swanson,” says actress Virginia Madsen, a Melvyn’s regular. “After dinner, you might sit? at the bar and have a drink served on a coaster with Sinatra’s face on it while being serenaded by an impersonator who was the best? of the best. You couldn’t stop yourself from getting pulled onto a tiny dance floor, where festivities would explode into a full-on dance party.”

Name the star, politician or gangster for that matter, and Ellis or Myrick has a tale to tell. Liza Minnelli? She’d spend hours doing origami with napkins. Debbie Reynolds? She would trade gossip with the staff over glasses of white zinfandel. An associate of gangster John Gotti? Don’t ask. 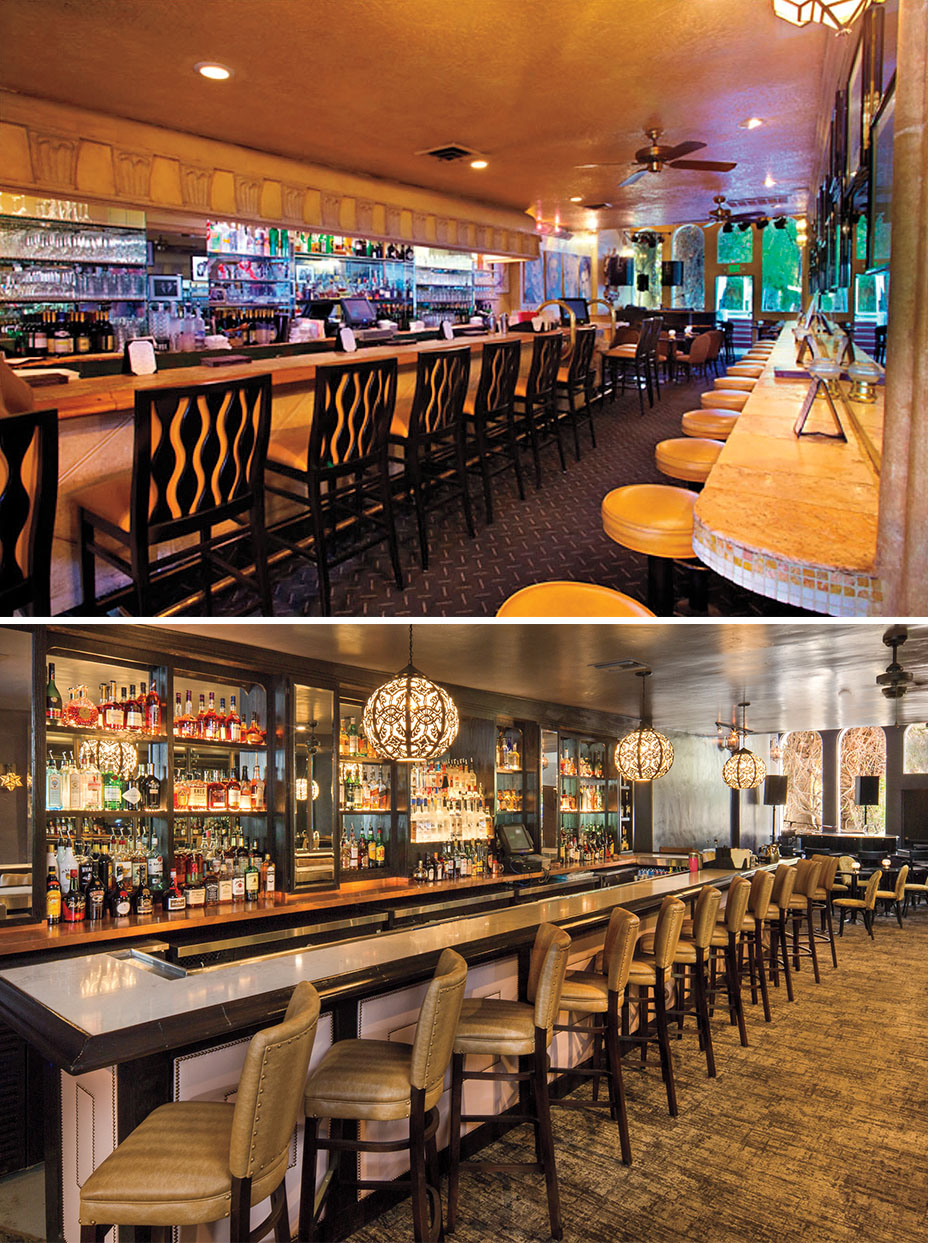 But Sinatra was in his own league. Myrick recalls how the singer regularly handed out $100 bills to the waitstaff with the instructions: “I don’t want [my friends’] drinks to get half empty; just give them another.” Once, while smoking a cigarette outside, Sinatra asked a valet about the biggest tip he’d ever received — $100, he was told, to which he retorted, “What cheap bastard only gave you $100?” The valet responded that said tipper was in fact Sinatra. “So he gave [the valet] two $100 bills when he came out that night,” recalls Myrick.

Nowadays, says Ellis, he doesn’t always know whether a face is famous, but some stars occasionally still come. Myrick recalls noticing a woman seated at the bar a few years ago who looked familiar. “I’m thinking, I know her from Home Depot or the cleaners or something,” he says with a laugh. It was Ellen DeGeneres.

The revamped Melvyn’s ?leans into its rich history, which remains a lure for fresh fans. What Ellis calls “the newest young hipsters” have flooded ?the place in recent years. “They like things that are old, so they love the Hollywood glamour of this place.” Adds Madsen: “When my friends and I share stories [about Melvyn’s], we always have that feeling of the ‘good old days,’ even if the times we had were only a few weeks ago.” It’s still “that place you could let your hair down and be yourself away from prying eyes and bask in the sun,” she says. “From a time when cool was really cool.” 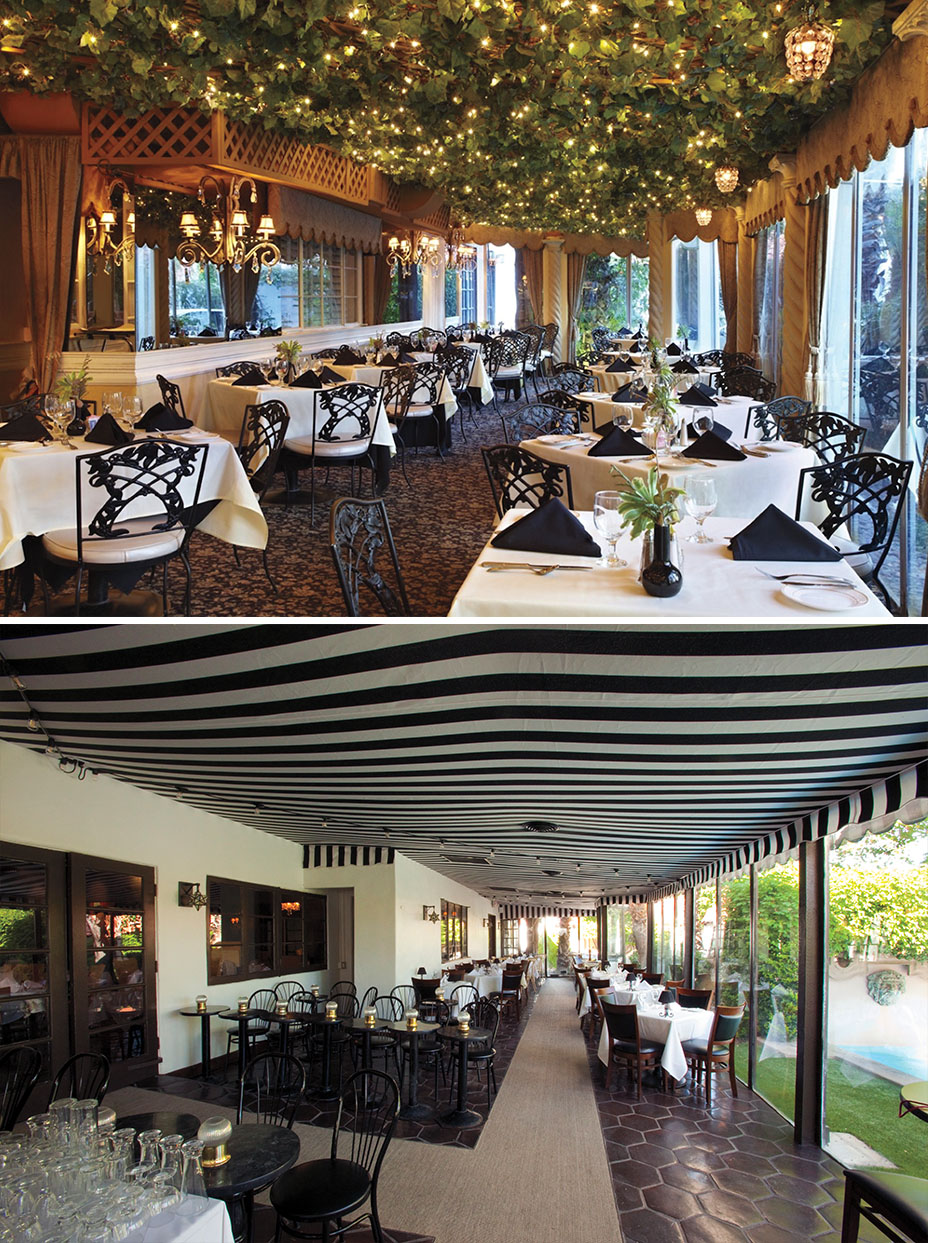 “It’s great for brunch,” says UTA’s Keya Khayatian. “For anyone vegan or just health-conscious, this is the place.” It’s $12 for the house-made spinach nut burger — or the regular old grass-fed beef one.

Opened in July at the River shopping complex, Acqua is a favorite of execs Bill Damaschke and John McIlwee. “Amazing outdoor dining and these awesome fountains and great Italian food,” says McIlwee.

This seven-story, full-scale downtown hotel is the only one in town to offer a rooftop pool. Come for a dip (with stunning views) and stay for drinks and eats cooked up by the 4 Saints restaurant. 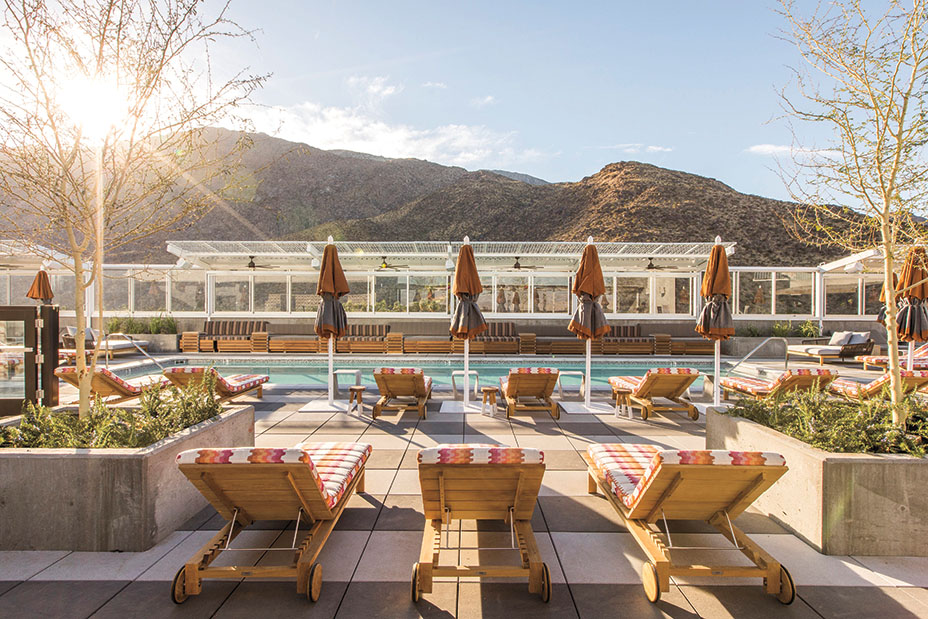