Pamela Tiffin, the 1960s starlet who was discovered in the Paramount commissary on the way to memorable turns in such films as State Fair, The Pleasure Seekers, Come Fly With Me and Harper, has died. She was 78.

Tiffin received Golden Globe nominations for her first two features, both released in 1961: as most promising newcomer — female for Summer and Smoke and as best supporting actress for her performance in Billy Wilder’s Cold War satire One, Two, Three (1961).

In 1964, Tiffin played coeds opposite James Darren in The Lively Set and For Those Who Think Young and starred alongside Ann-Margret and Carol Lynley in the Madrid-set romantic comedy The Pleasure Seekers. A year later, she appeared with Burt Lancaster and Lee Remick in John Sturges’ The Hallelujah Trail.

In only her third film, Tiffin starred alongside Pat Boone, Bobby Darin and Ann-Margret in the big-budget musical State Fair (1962), portraying Margy Frake in the remake of movies released in 1933 and 1945 that had Janet Gaynor and Jeanne Crain, respectively, in that role.

She also played a novice flight attendant in Come Fly With Me (1963) and the seductive stepdaughter of Lauren Bacall’s character in Harper (1966), starring Paul Newman.

Pamela Tiffin Wonso was born in Oklahoma City on Oct. 13, 1942, and raised in a suburb of Chicago, where she began modeling. She moved to New York with her mom to continue that career path and appeared several times on the cover of Vogue, in commercials and in a 1960 short film, Music of Williamsburg. 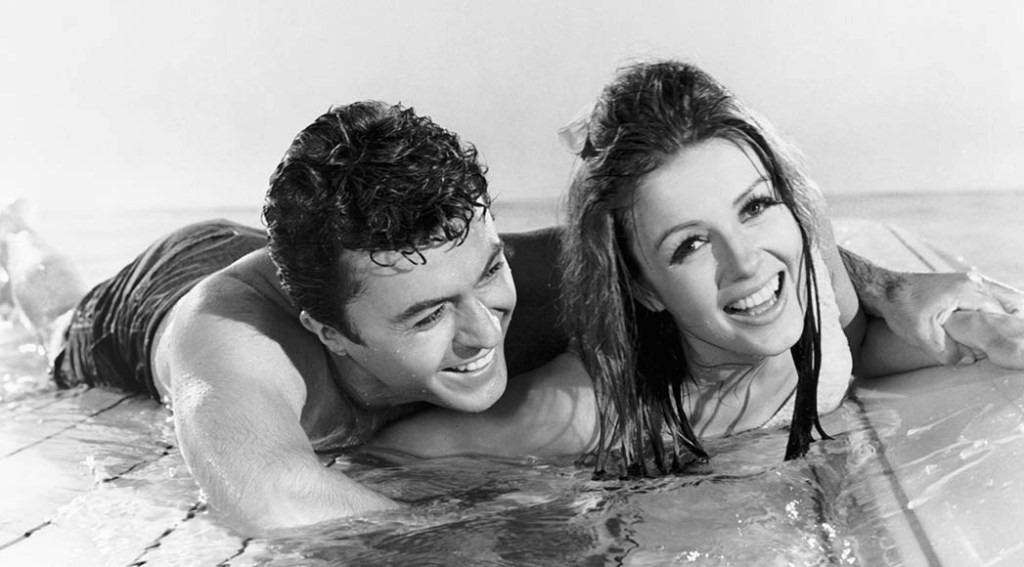 While on vacation, she was having lunch with a friend in the Paramount commissary when she was spotted by an associate of Hal Wallis, who was producing a film adaptation of Tennessee Williams’ Summer and Smoke. Wallis right there and then asked her to audition for the role of the flirty Nellie, and after extending her vacation, she took a screen test and was hired for the Geraldine Page-Laurence Harvey drama directed by Peter Glenville.

Tiffin then portrayed the socialite daughter of a Coca-Cola executive in One, Two, Three, starring James Cagney. To do that, she had to give up the lead in A Pocketful of Miracles, a role that eventually went to Ann-Margaret.

She became Marcello Mastroianni’s first American leading lady (and dyed her hair blonde) in the three-part Oggi, domani, dopodomani (1965), and after making Harper, Tiffin appeared on Broadway in a 1966 revival of Dinner at Eight.

“One of the commonplaces of the Italian movie scene is that if an actress is beautiful, then in all likelihood, she’s not very talented and — vice versa — if she’s physically not so attractive then she must surely be a great talent,” Nero said in a statement.

“Pamela contradicted this stereotype because along with her rare and refined beauty, there was top-notch professionalism and a vividly brilliant and nuanced personality. On the set of Deaf Smith & Johnny Ears I remember her as sexy, brimming with talent, cheerful and pure sunshine. One of the most pleasant partners of my entire career. Thank you, Pamela. Fly high and happy.”

She quit acting in 1974, when she married her second husband, Edmondo Danon, son of La Cage aux Folles producer Marcello Danon. He survives her, as does their children, Echo and Aurora.

Tiffin was married to New York magazine co-founder Clay Felker from 1962 until their 1969 divorce.

In his 2015 book Pamela Tiffin: Hollywood to Rome, 1961-1974, Tom Lisanti wrote that Tiffin is “one of the most beautiful and talented actresses of her time, and she left an indelible impression on movie fans. For my money, she is prettier than Raquel Welch, funnier than Jane Fonda and more appealing than Ann-Margret. Yet they all became superstars, and Tiffin did not.”