In the wake of a pandemic that has changed the world, a political uprising begins that threatens to upend the status quo once again. Despite what that might sound like, it’s not a glimpse at upcoming headlines, but the concept behind The Resistance: Uprising, the continuation of the shared universe from publisher Artists, Writers & Artisans.

Spinning out of last year’s The Resistance — in which a global pandemic resulted in those that survived the virus gaining superpowers — the new Uprising sees creator J. Michael Straczynski returning to tell a political thrilled in which those with superpowers are hunted by governments across the world, with those in the U.S. having to struggle with the threat posed by an increasingly fascistic government.

“Where volume one of The Resistance had a very global point of view as it addressed the issue of people with powers arising after a massive pandemic, The Resistance: Uprising is a bit more centered in the United States where some of those powers have begun gathering, recovering from the assassination of the woman who unified them, and flexing their muscles against a President bent ever more on transforming America into a fascist state with himself as president-for-life,” Straczynski explained.

Axel Alonso, AWA chief creative officer, added, “The Resistance: Uprising expands the universe introduced in The Resistance. Our heroes are scattered, reeling and hunted by a society that fears them. The setting is a post-pandemic world-embracing fascism born of hatred and xenophobia, and the heroes who confront it. Sound familiar? At its heart, The Resistance: Uprising is about maintaining hope during hopeless times. It’s about people who look past their differences, recognize their common humanity and refuse to surrender their values in an increasingly corrupt time.”

Described by artist C.P. Smith as “an allegory of our times,” The Resistance: Uprising is, according to Straczynski, another example of the property predicting the era in which it’s published.

“Where volume one was written long before the real pandemic hit, but had massive implications for and resonance for that event, volume two was written well before the political events of December ’20/January ’21,” Straczynski said. “Once again the book has significant echoes of what we’ve all been living through during this time. From government attacks on peaceful protesters, to a President ginning up his own personal army to help ensure his own survival against calls for his removal, on and on, the book once again is absolutely relevant to the present moment. But it does so in a way that is ultimately positive, and hopeful, and shows the real power of everyday people willing to stand for what is best in the human heart.”

The Resistance: Uprising debuts in comic stores and digitally April 7. Look below for the two covers to the issue, by Rahzzah and Mike Deodato, as well as previews of Smith’s interior artwork. 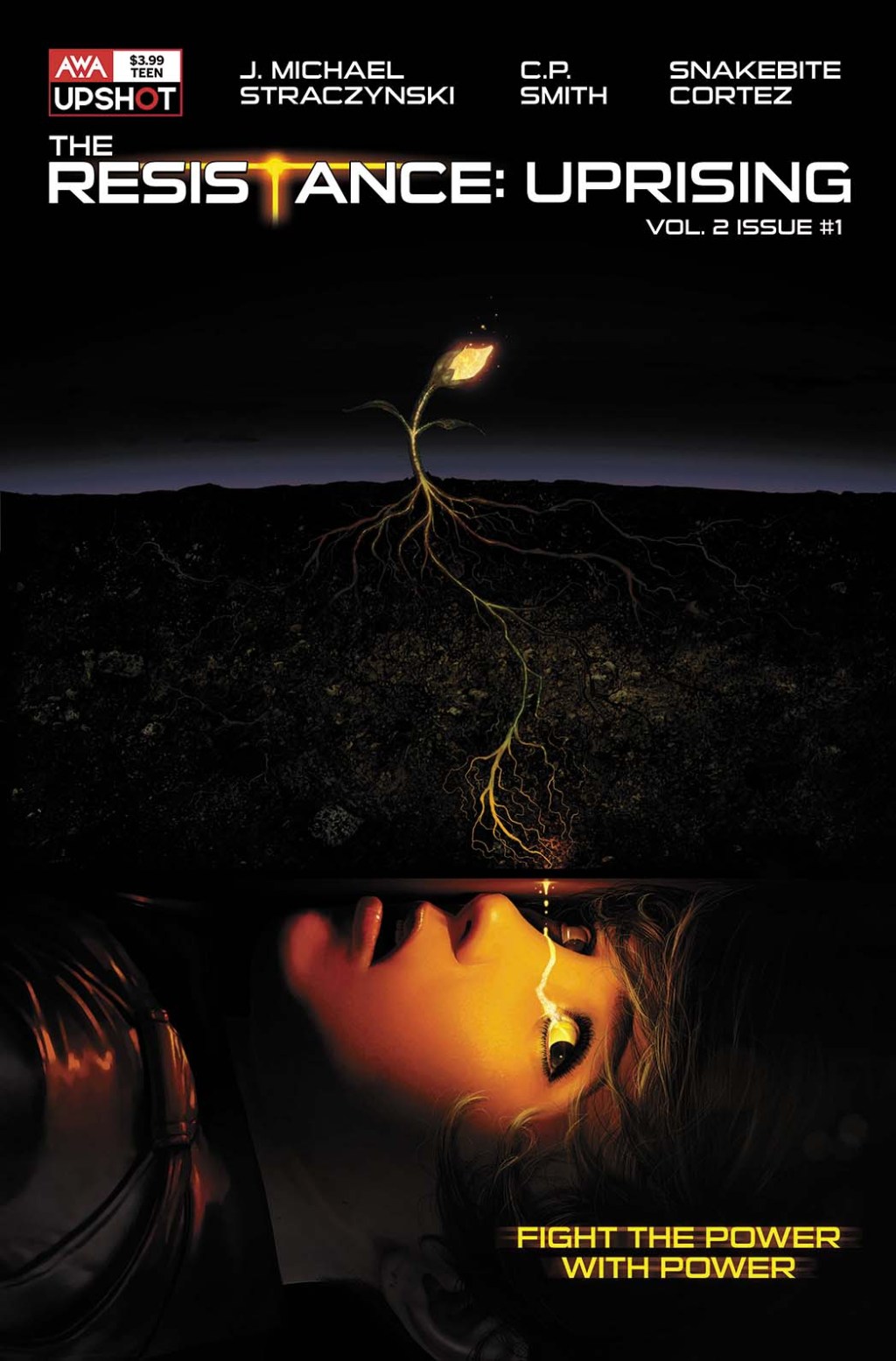 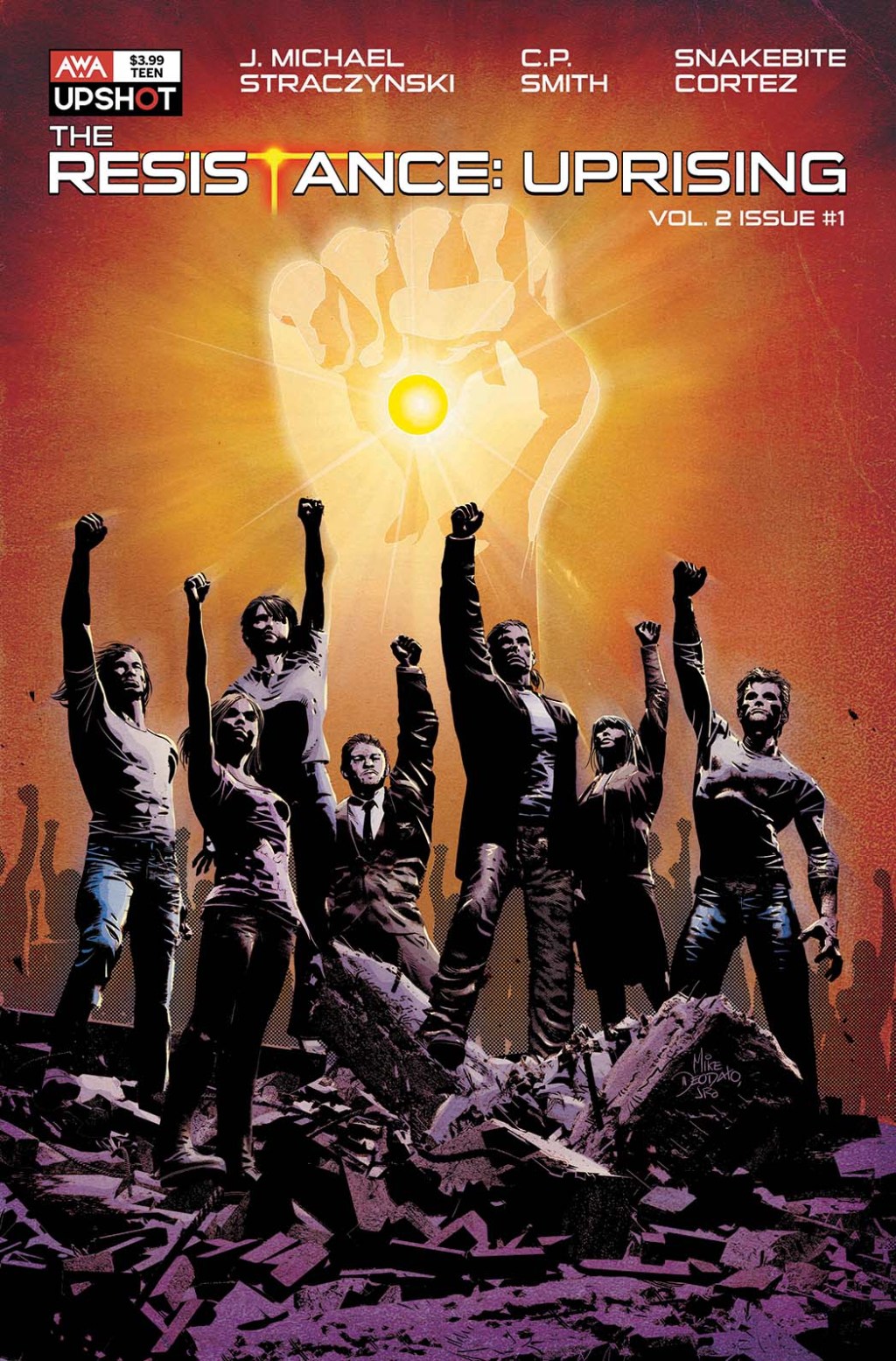 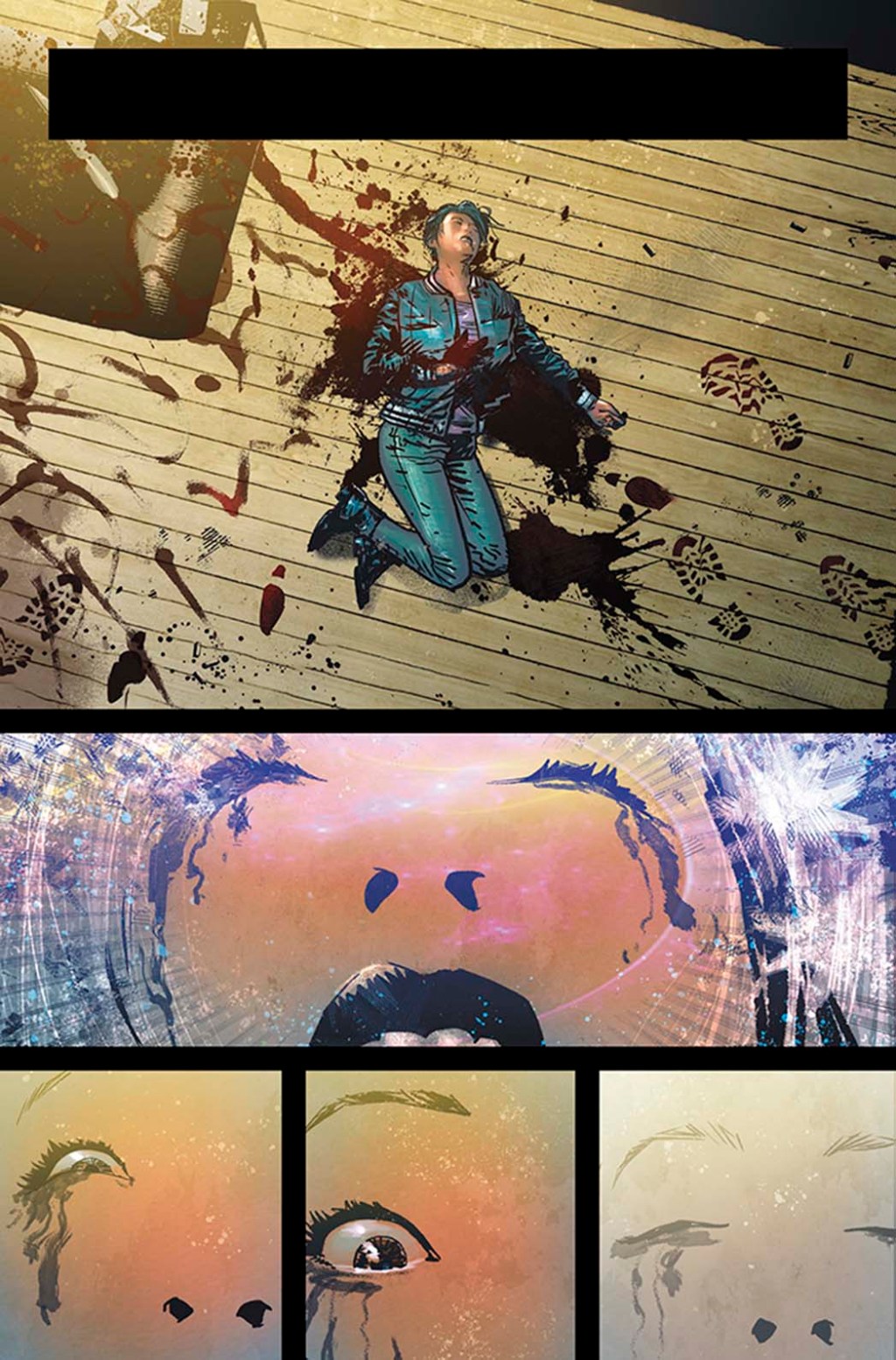 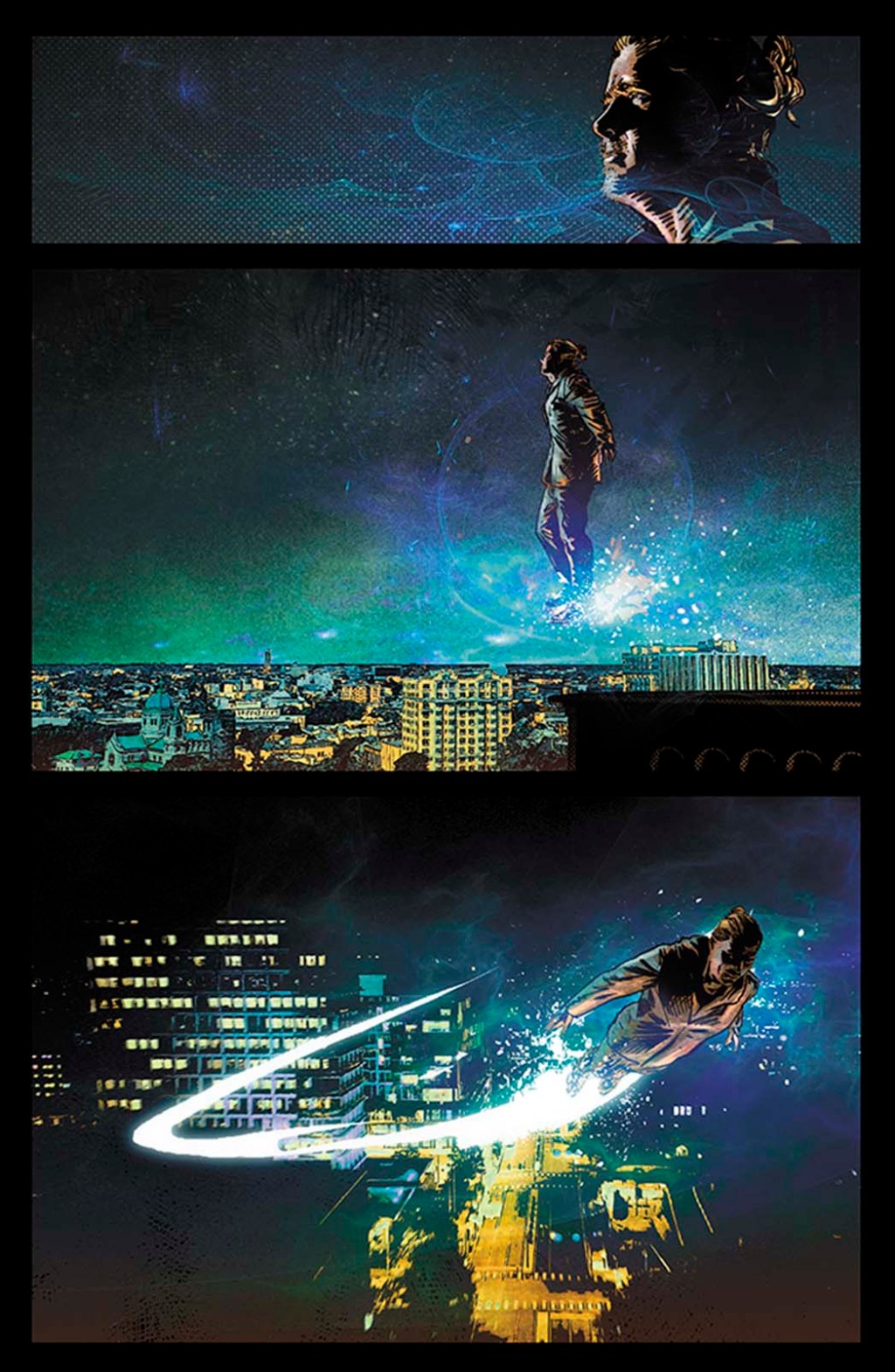 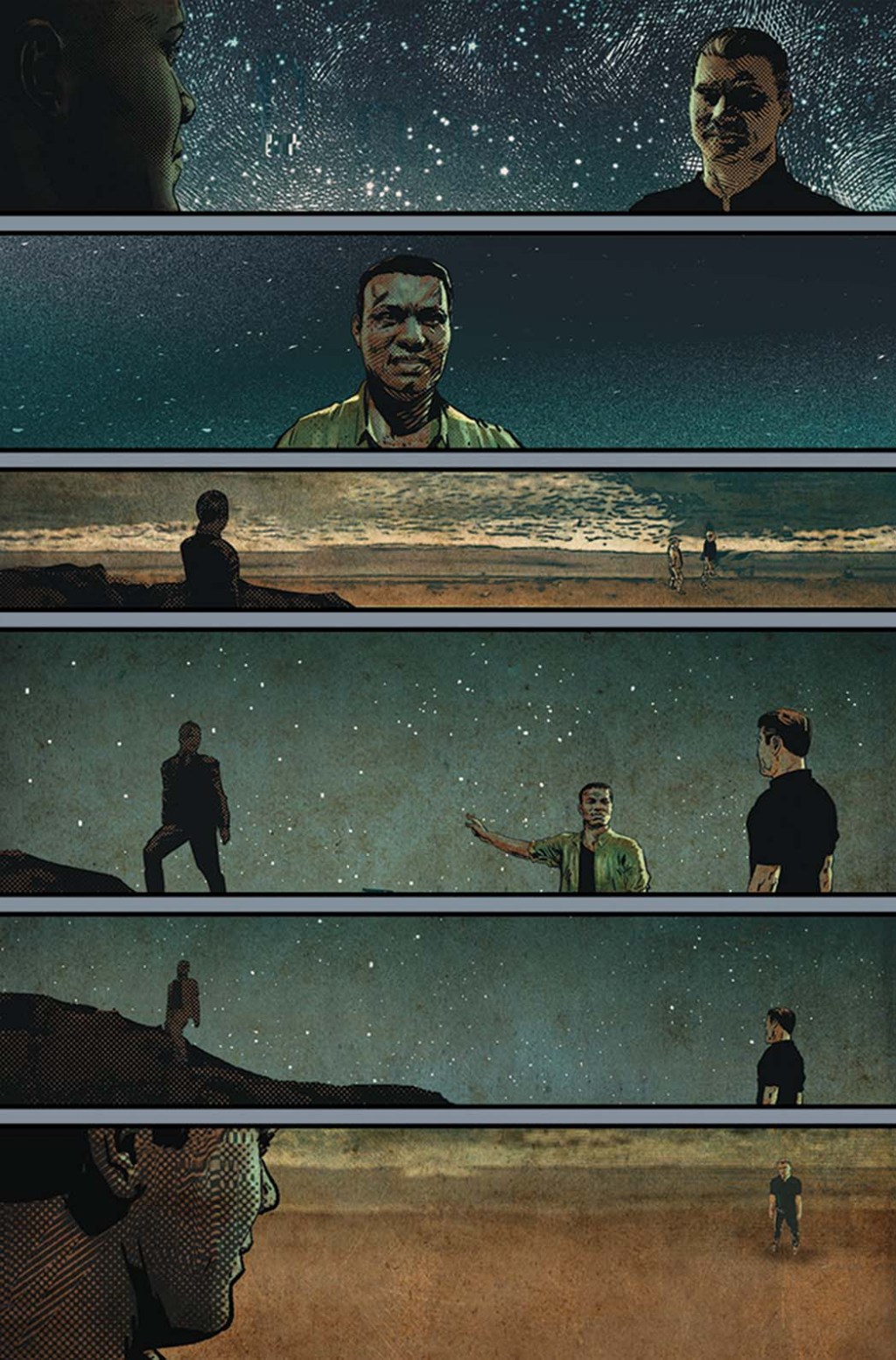