An episode of Anthony Bourdain: Parts Unknown set in Lagos, Nigeria, was the first in the CNN travel and food series to combine digital photography with 16mm film — a choice that proved organic to the story, says director of photography Morgan Fallon, who also directed the episode and earned a second Emmy nomination this year as a producer on the series.

The multiformat look was carefully planned with the series’ popular globetrotting host. “It was the high point of my career to be able to travel the world with him,” says Fallon of the late Bourdain, who died in June. “He wasn’t just the host, he was the creative force behind the show. He was a tremendous creative advocate and someone who was constantly bursting with ideas on how to look at the world in a new way — from film references to writing, storytelling and editing. He was very involved on the everyday ground level of making these shows and he was very passionate about each show.”

The “Lagos” episode, for which Fallon (who won a cinematography Emmy for the series in 2013) is nominated alongside fellow directors of photography Jerry Risius and Tarik Hameedi, involved eight shooting days with Bourdain and two additional days for B-roll in the port city. With that, the filmmakers generated in the neighborhood of 70 to 100 hours of footage from multiple crews using Sony F5 and F55 digital cameras, as well as an Arri 16mm film camera (and Fallon praises Kodak for its support). 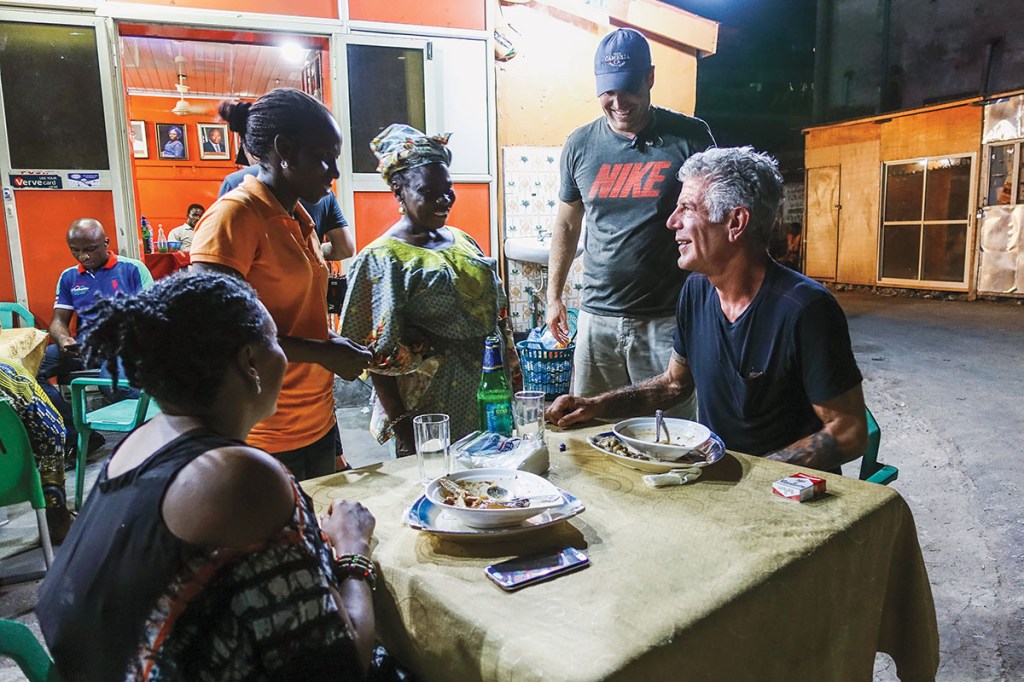 The episode was shot mostly handheld, with a couple of scenes on tripods. The way the camera moves is “very reactive to the environment,” he says. “We don’t want to force energy” that isn’t organic to the moment.”

As to the approach, Fallon says that early in preproduction he was drawn to the feel of the 1982 documentary Music Is the Weapon about late Nigerian musician and activist Fela Kuti, which was filmed in Lagos. “It was shot on 16mm with 16mm zoom lenses, and the tactile feeling of being on the streets with the film was very exciting,” he says. “We wanted ?to do a show about the hyper do-it-?yourself ground-up capitalism. We thought that would be a very dynamic and energetic.

“We were also excited about dipping into psychedelia, especially during the psychedelic rock sequence in the show that goes into Fela Kuti [material],” he adds. “We started looking at 1960s experimental film, optical printer looks. During the music sequence where Fela Kuti is singing, we simulated optical printer effects.”

Incorporating 16mm on location had its challenges. “It’s really hot and crowded,” he says of Nigeria’s most populous city, adding that these conditions made it difficult to change mags and load film while also keeping the celluloid cool and protected.

But the bigger challenge was simply getting around. “Movement within the city is so difficult,” Fallon says, adding that they used multiple crews. “You can be in traffic for hours and hours.” Neighborhoods are also patrolled by opportunistic “area boys,” looking to nab some merchandise from the unsuspecting crew. “Arrangements had to be made in advance and you had to know exactly where you are going and who to talk to,” he explains, adding that if you didn’t, thieves would “come and grab the cameras. … It’s a big part of shooting there.” 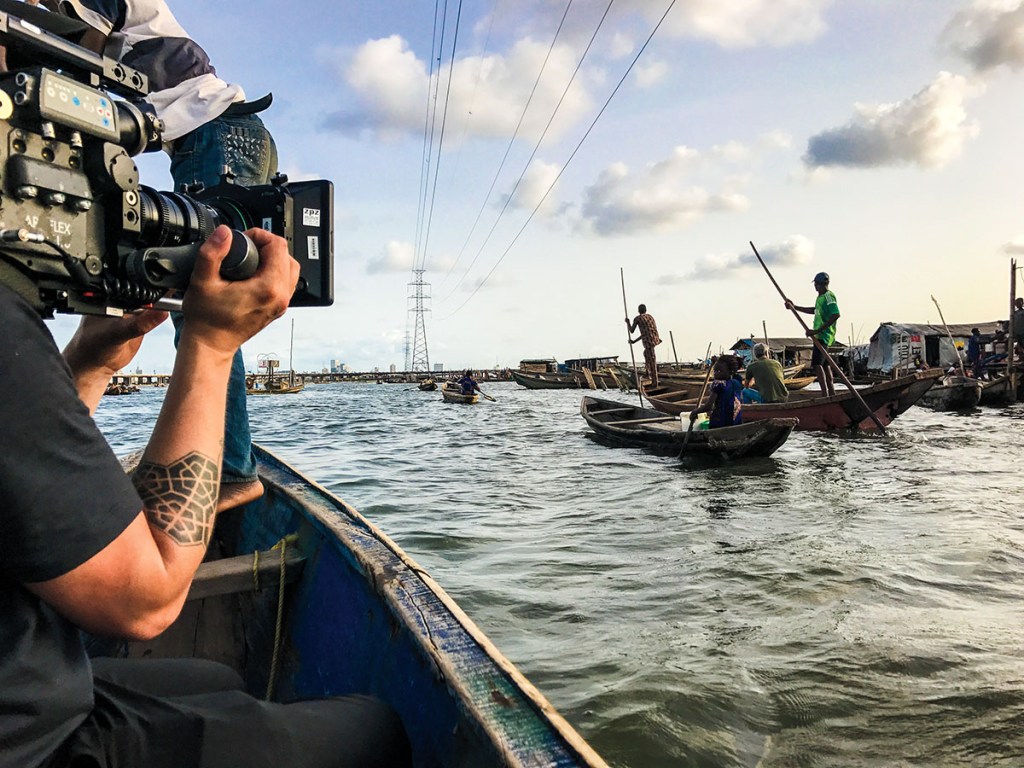