Pat Hitchcock, the only child of Alfred Hitchcock who appeared in the thrillers Stage Fright, Strangers on a Train and Psycho for the legendary British director, has died. She was 93.

Also the daughter of film editor/screenwriter Alma Reville — Pat Hitchcock’s parents were married for 54 years — the London native showed up on 10 episodes of CBS’ Alfred Hitchcock Presents from 1955-60, “whenever they needed a maid with an English accent,” she told The Washington Post in 1984.

She played the hired help in the Jean Negulesco palace drama The Mudlark (1950), starring Irene Dunne and Alec Guinness, and had an uncredited part in Cecil B. DeMille’s The Ten Commandments (1956).

Hitchcock’s most prominent role came in Strangers on a Train (1951) as the bespectacled Barbara Morton, who, as the kid sister of Ruth Roman’s character watches the unhinged Bruno (Robert Walker) nearly strangle a woman to death at a cocktail party.

After starring as a teenager in a pair of 1940s Broadway comedies, she had a small role as Chubby Bannister, a Royal Academy of Dramatic Art classmate of Jane Wyman’s character, in Stage Fright (1950). In real life, she was attending RADA at the time.

And in Psycho (1960), she appeared near the start of the movie as the plain office worker Caroline, who offers to share some tranquilizers with Janet Leigh’s Marion Crane.

In a 2004 chat for the TV Academy website The Interviews: An Oral History of Television, Hitchcock talked about working with her father, noting, “There wasn’t anything unusual about it. Just like with [any other actor], we would discuss the scene and do it. We didn’t try out stuff.”

Born on July 7, 1928, Patricia Alma Hitchcock spent two years away at boarding school starting at age 8. The family relocated to the U.S. in March 1939 when her dad accepted an offer from producer David O. Selznick to direct Rebecca (1940), and they settled in a house on Bellagio Road in Bel Air.

She liked to ride horses and always wanted to be an actress.

“I was brought up rather as an English child, so I knew what was expected, and I pretty much always did it,” she told the Post. “You didn’t speak unless spoken to, but it didn’t bother me or have any repercussions. I didn’t know anything else.

“However, my father didn’t believe in punishment. When I did something wrong, he would reason with me. Sometimes I wish he would have screamed more. He’d say, ‘Do you realize how you’ve hurt your mother and me?’ Of course, I’d want to go through the floor.

“I was very close to my father. He used to take me out every Saturday, shopping and to lunch. On Sundays, he took me to church regularly, until I could drive. Then I’d drive him to church regularly. It’s because of his diligence that my religion is so strong today.”

She had prominent roles on Broadway in Solitaire in 1942 and Violet in 1944 — each play only lasted about three weeks, however — graduated from Marymount High School in Los Angeles in 1947 and returned to her birthplace to live with cousins and study acting at RADA.

In 1949, her father came back to England to make Stage Fright, his first film outside of America since Jamaica Inn (1939), with her mother working on the adapted screenplay. Two years later, she was back on Broadway playing a nurse in The High Ground.

She married businessman Joseph O’Connell Jr. in 1952 inside St. Patrick’s Cathedral in New York and did lots of network radio programs. She was up for a big role — believed to be the one landed by Ann B. Davis — in 1955 on the NBC comedy The Robert Cummings Show, but those hopes were dashed when she became pregnant.

Around that time, she also appeared on such shows as Suspense, My Little Margie, The Life of Riley and an installment of Playhouse 90 directed by John Frankenheimer. 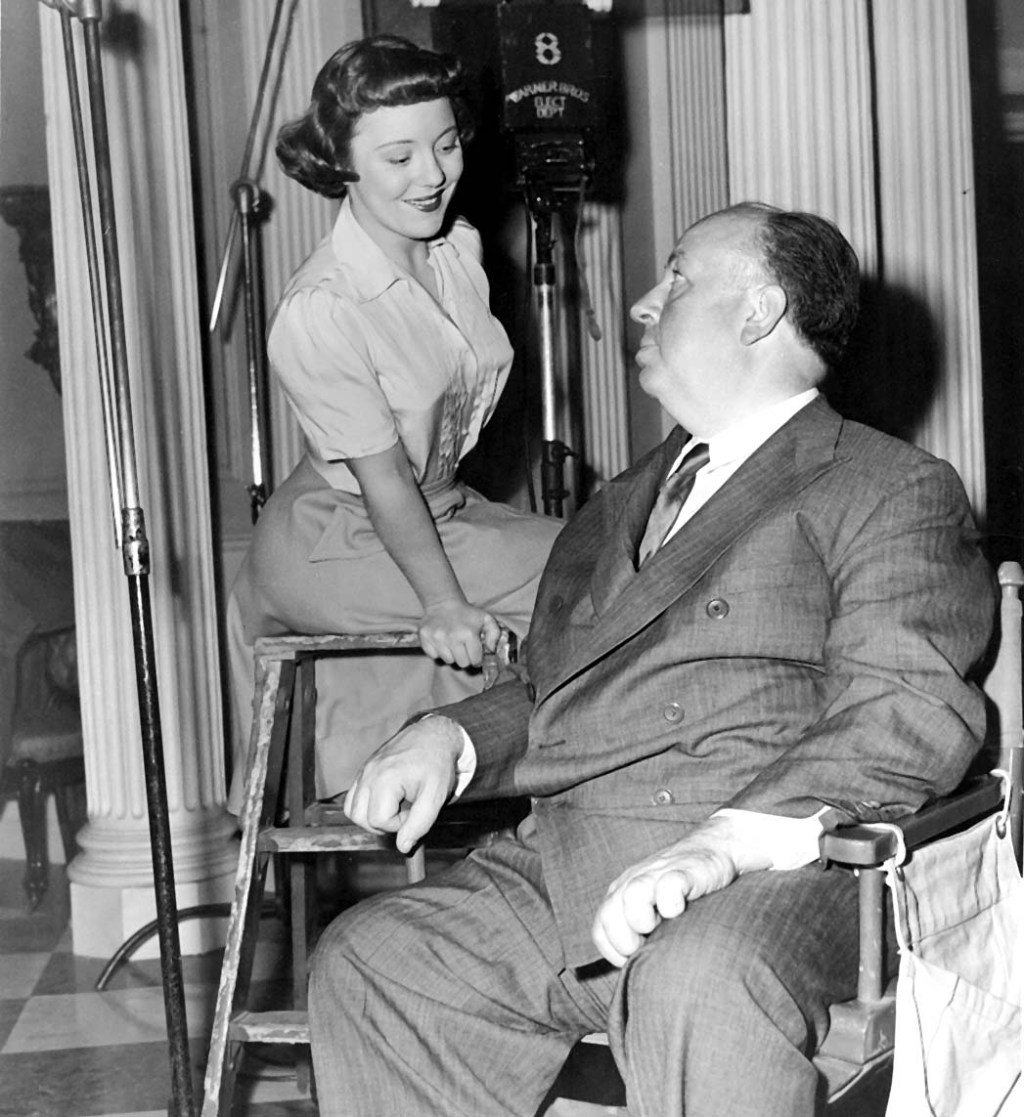 Years later, Hitchcock served as an executive producer on the 2000 documentary The Man on Lincoln’s Nose, about production designer Robert F. Boyle, who worked on several of her father’s films.

She said she decided to write the 2003 book Alma Hitchcock: The Woman Behind the Man because “I don’t think she ever got the credit for being as good as she was. My father depended on her for everything. In the early days, she wrote the scripts and then became continuity and finally, she just worked with him all the time.” (The couple’s relationship was explored in the 2012 film Hitchcock, starring Anthony Hopkins and Helen Mirren.)

In her Post interview, Hitchcock said she wished her father “had believed in nepotism. I’d have worked a lot more.”

“But he never had anyone in his pictures unless he believed they were right for the part,” she added. “He never fit a story to a star or to an actor. Often I tried to hint to his assistant, but I never got very far. She’d bring my name up, he’d say, ‘She isn’t right for it,’ and that would be the end of that.”