Peggy Pope, the veteran character actress who appeared on Broadway and Soap and played the tipsy office secretary Margaret in the hit 1980 film 9 to 5, has died. She was 91.

The actress worked alongside Jimmy Stewart in a 1970 revival of Harvey on Broadway and starred with Sam Waterston in 1968 in an Obie Award-winning turn as a hooker in John Guare’s Muzeeka. She also appeared with Ann Miller in a post-Broadway tour of Mame.

On the ABC sitcom Soap, Pope recurred as Mrs. David, who after meeting Billy Crystal’s gay character admits to her daughter that he’s her “first homo.” She also was in six episodes of ABC’s Barney Miller in various roles.

In 2011, Pope published her autobiography, Atta Girl: Tales From a Life in the Trenches of Show Business. (“Atta girl” was the catchphrase used by Margaret in 9 to 5 to encourage her co-workers played by Dolly Parton, Lily Tomlin and Jane Fonda. Pope then appeared on the ABC series adaptation of the movie.)

“It was a good movie and a good part,” she wrote in her book. “At the end, my character comes back from rehab, hair combed, looking spiffy and ready for the sequel. Underdogs climbing to the top is a fine formula, and it’s always good to be in at the end of a film so people remember you were in it.” 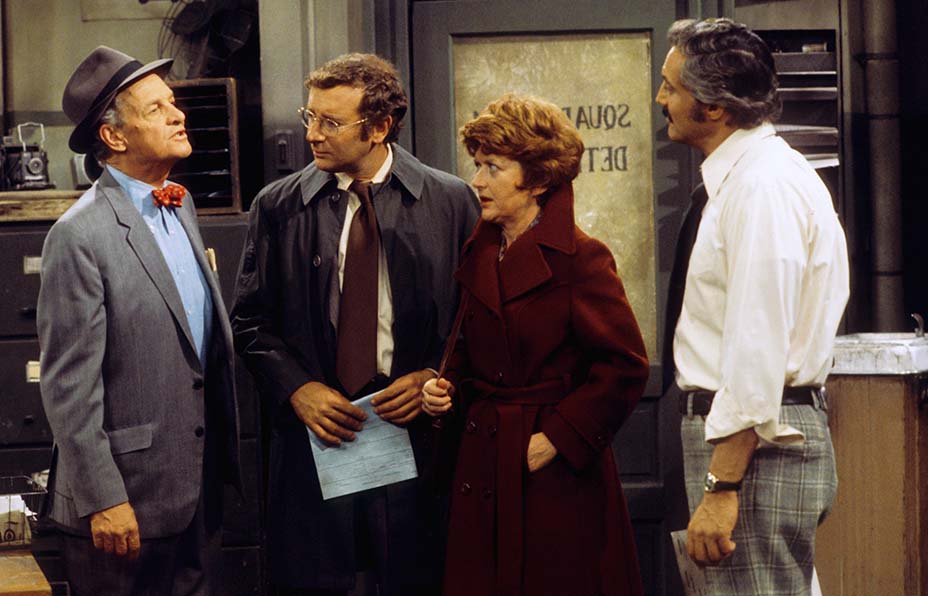 Born in Montclair, New Jersey, on May 15, 1929, Florence Pope graduated from Smith College with a major in theater in 1951.

She made her Broadway debut opposite Wally Cox in Moonbirds eight years later and also appeared on the New York stage in a 1966 revival of The Rose Tattoo with Maureen Stapleton, in 1971’s The School of Wives with Brian Bedford and in 1975’s Doctor Jazz with Lola Falana.

Survivors include her nephews, Rob, Douglas, Ross and Ed, and their respective spouses, Maria, Martine, Charlotte and Nikki, and her niece, Wendy, and her partner, Eric.

A celebration of life is set for June 27 on Zoom; please contact ross.mcconnell.acns@gmail.com for an invitation.